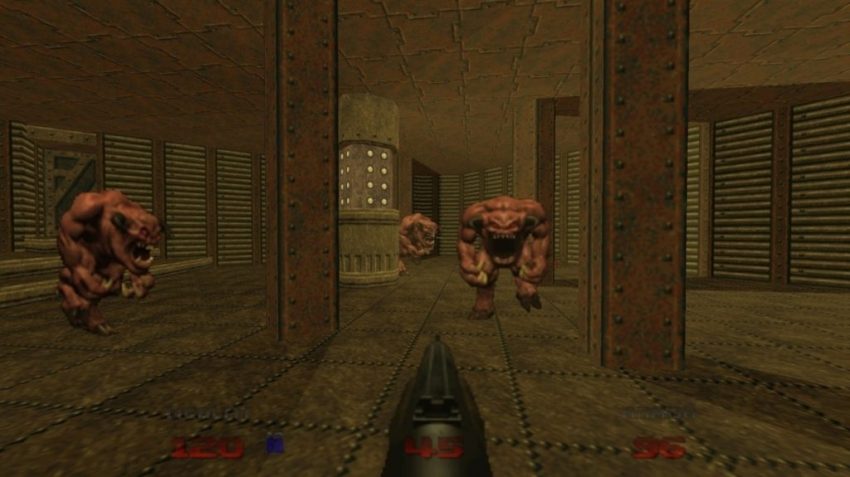 This guide will show how to get to secret levels along with the demon artifacts in the levels.

At the end of the fourth level, Holding area, press each switch in the order of 3,1,2,4. 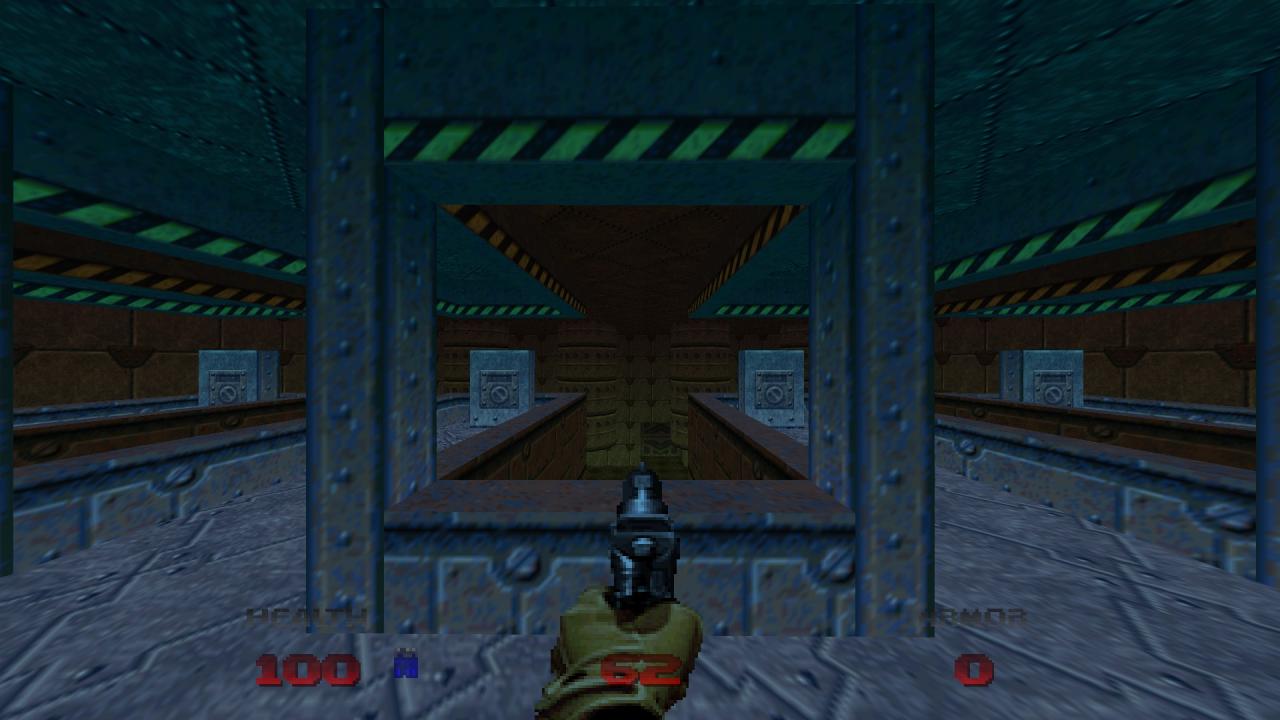 Then kill all the lost souls that spawn, turn around, and enter the door. 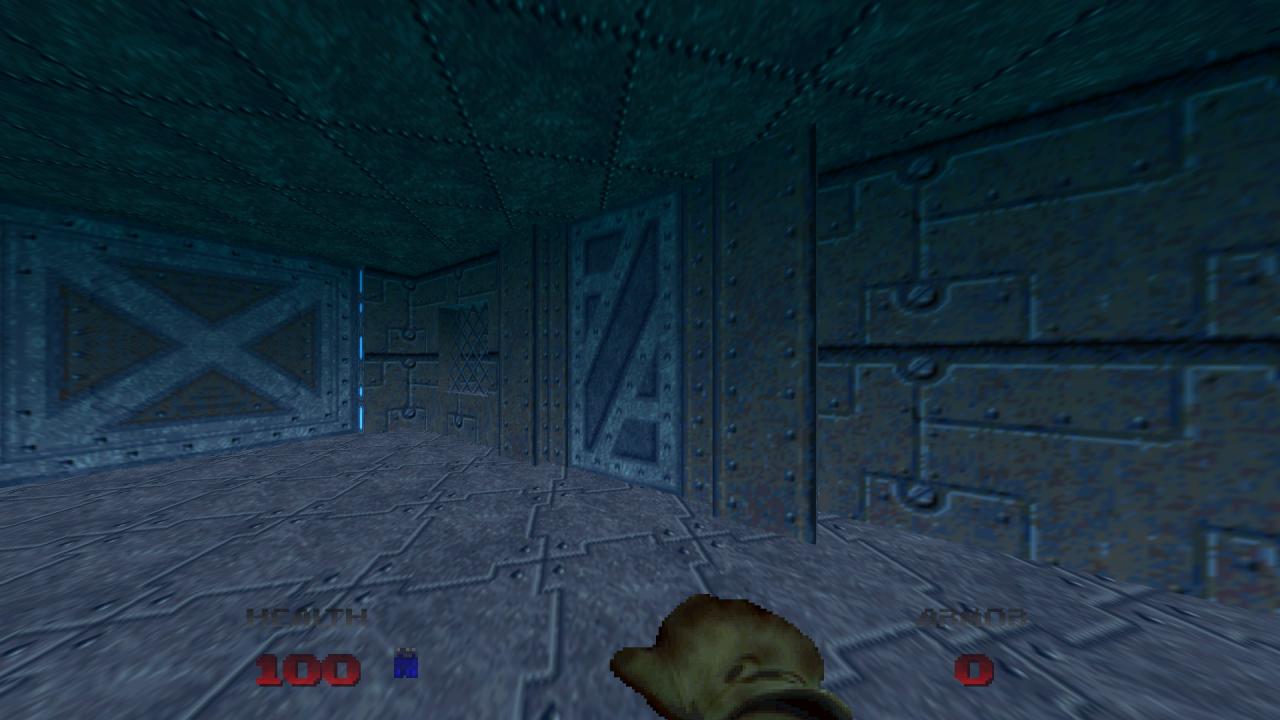 Run across the pillars and to the exit room. 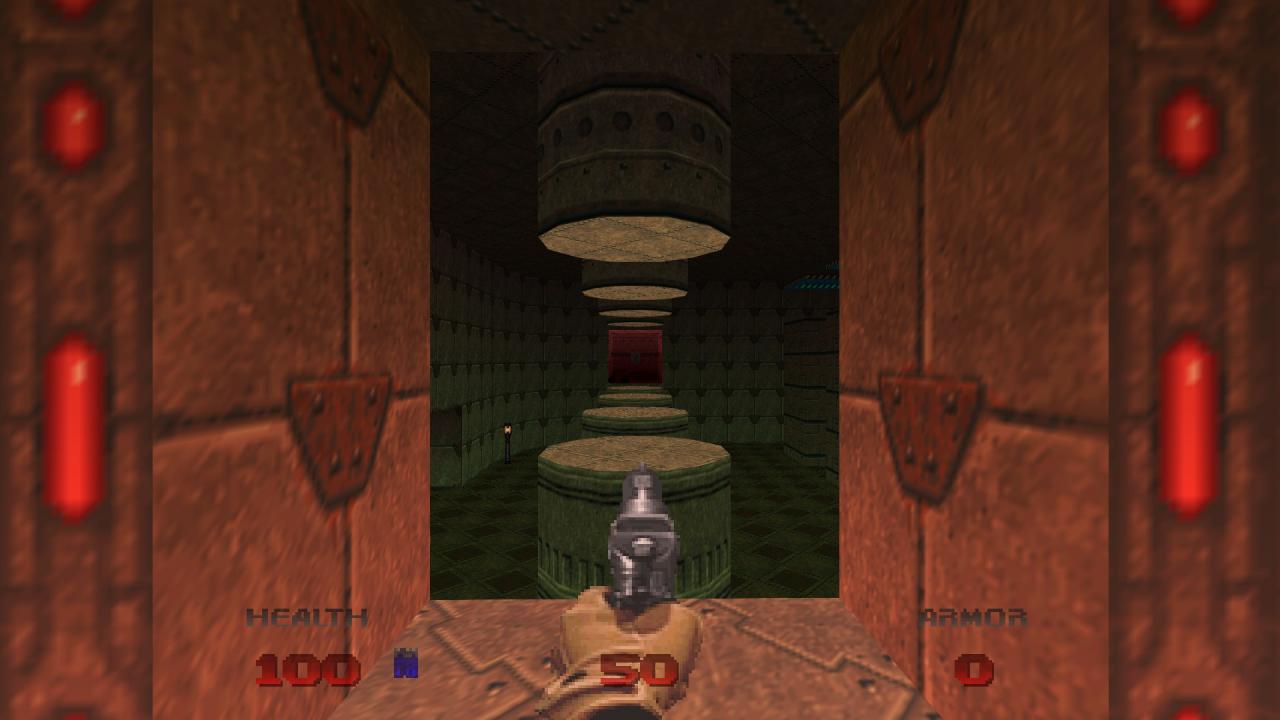 At the very start of the level when you open the first door, turn right and press the computer panel then run to the back wall to the opened door with the red key (you will need the red key for later) 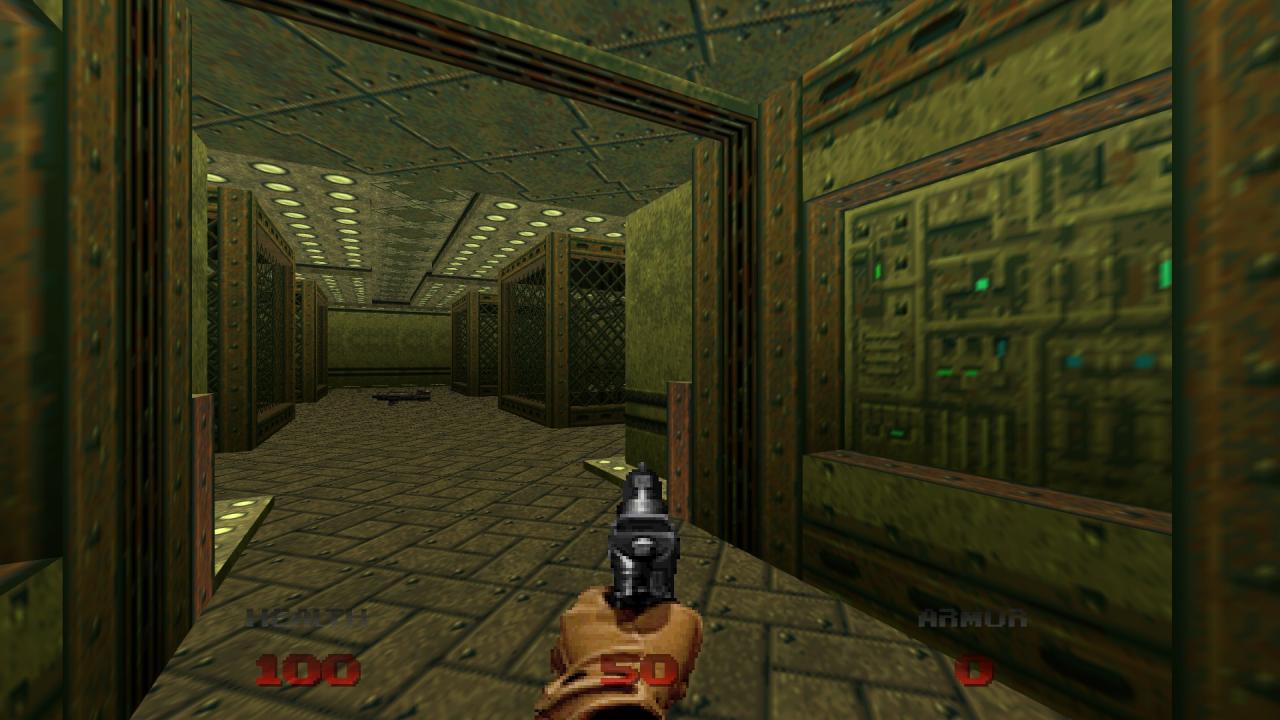 Later in the level once you’ve gone through the blue door, drop down then turn left and drop down. 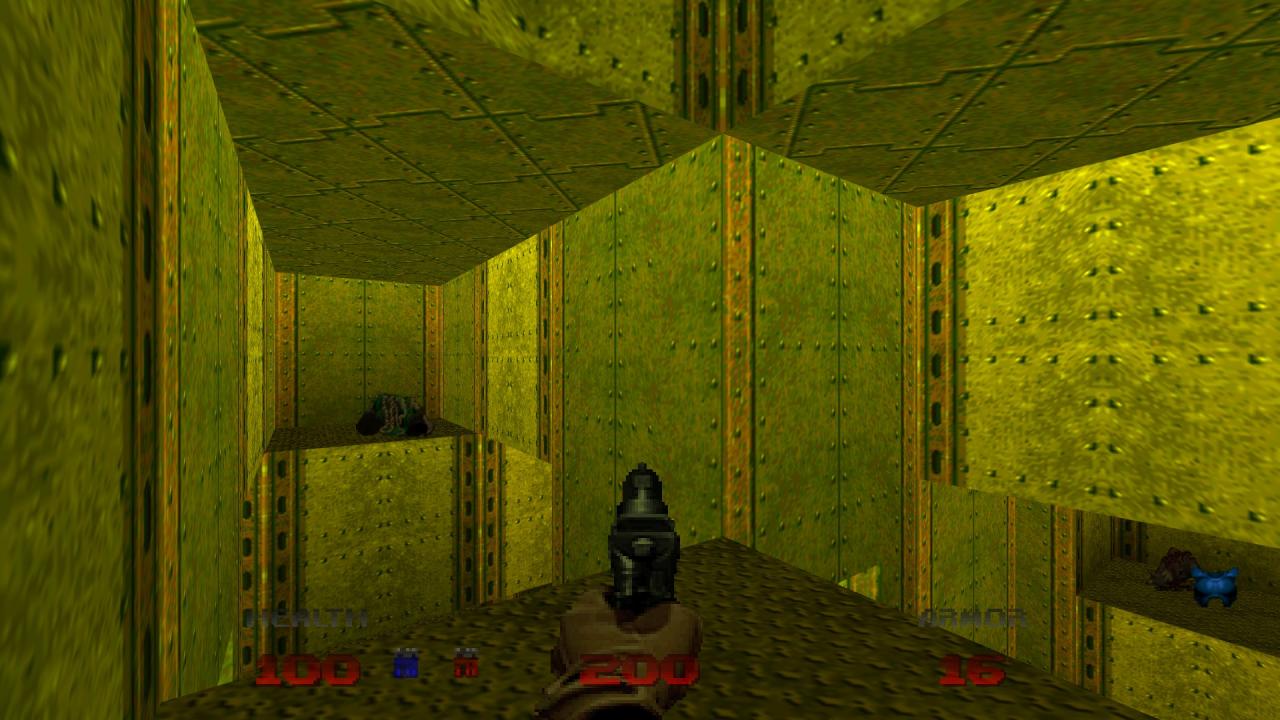 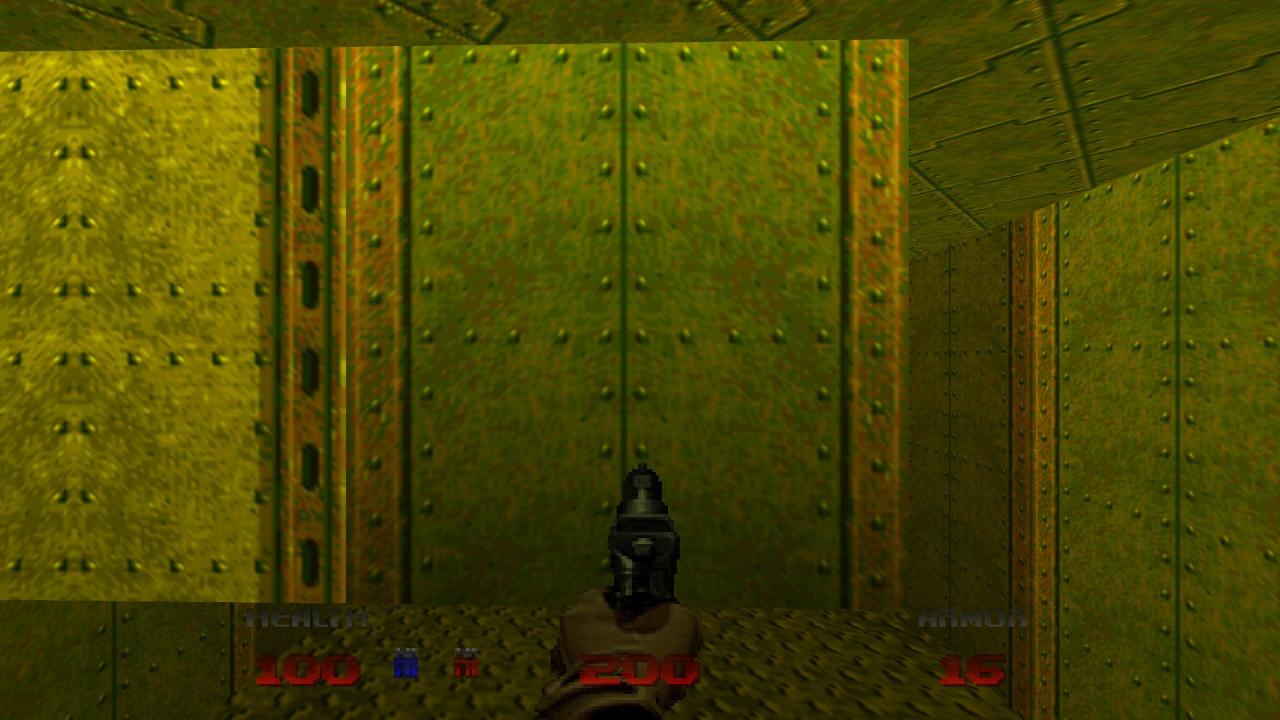 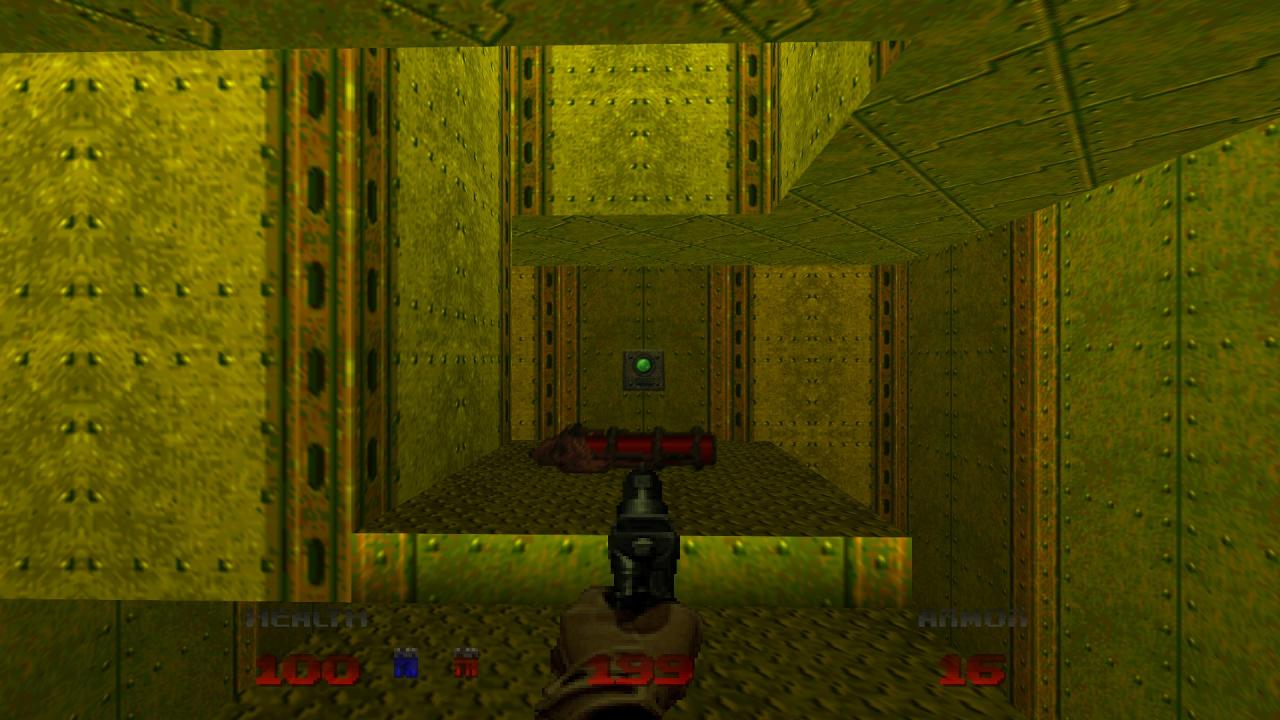 Now to get the demon key. Run to where the enemy spawned, press the switch, and turn around. a lift has lowered. Go onto the lift and a button will appear on the wall opposite from the lift. Shoot it. 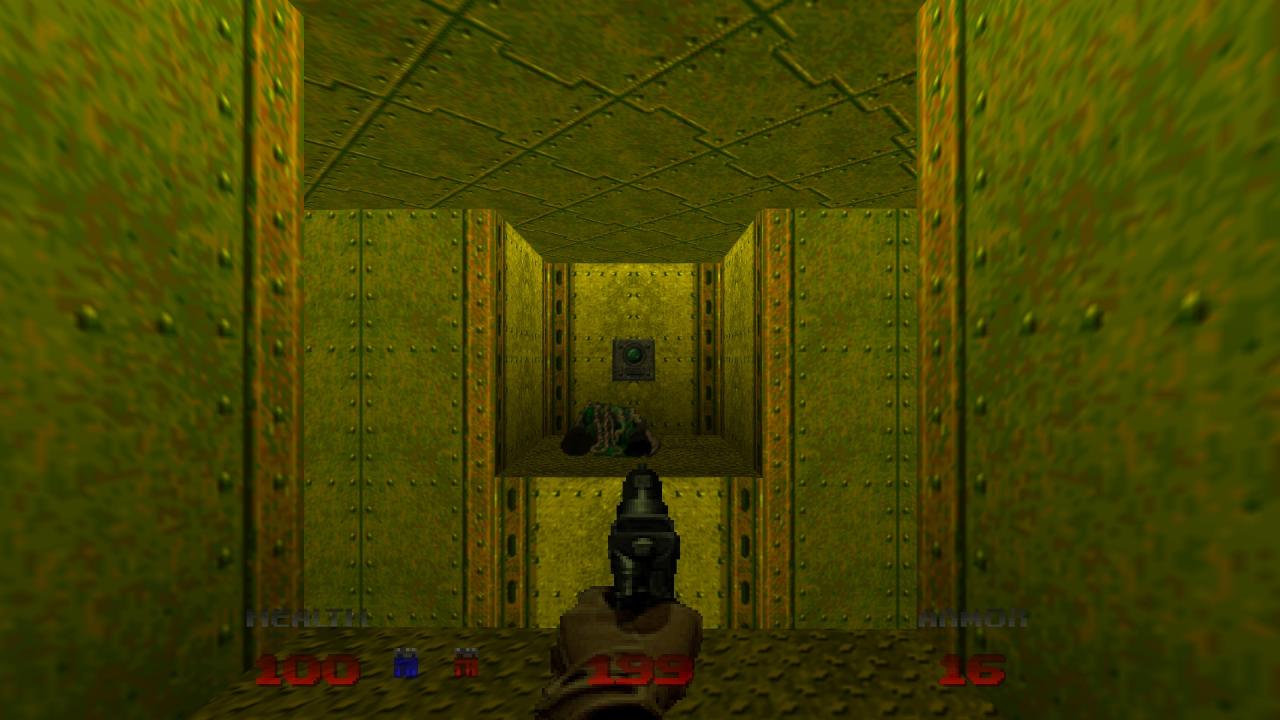 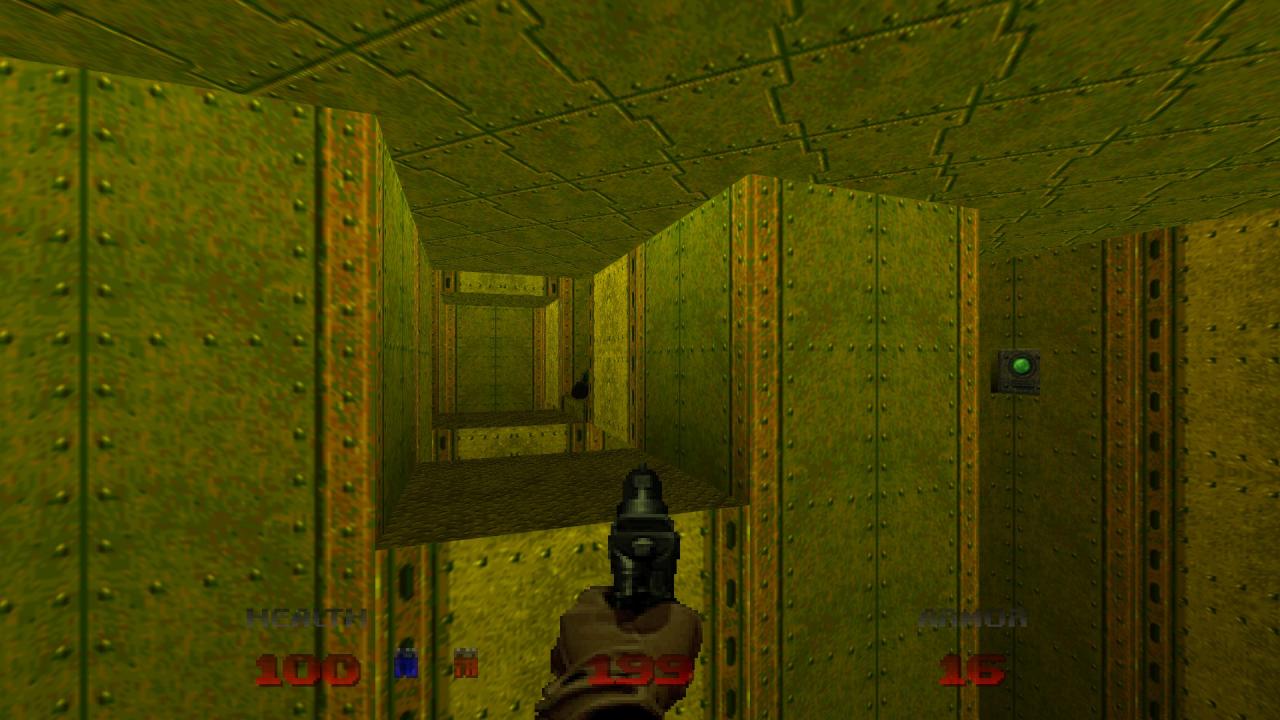 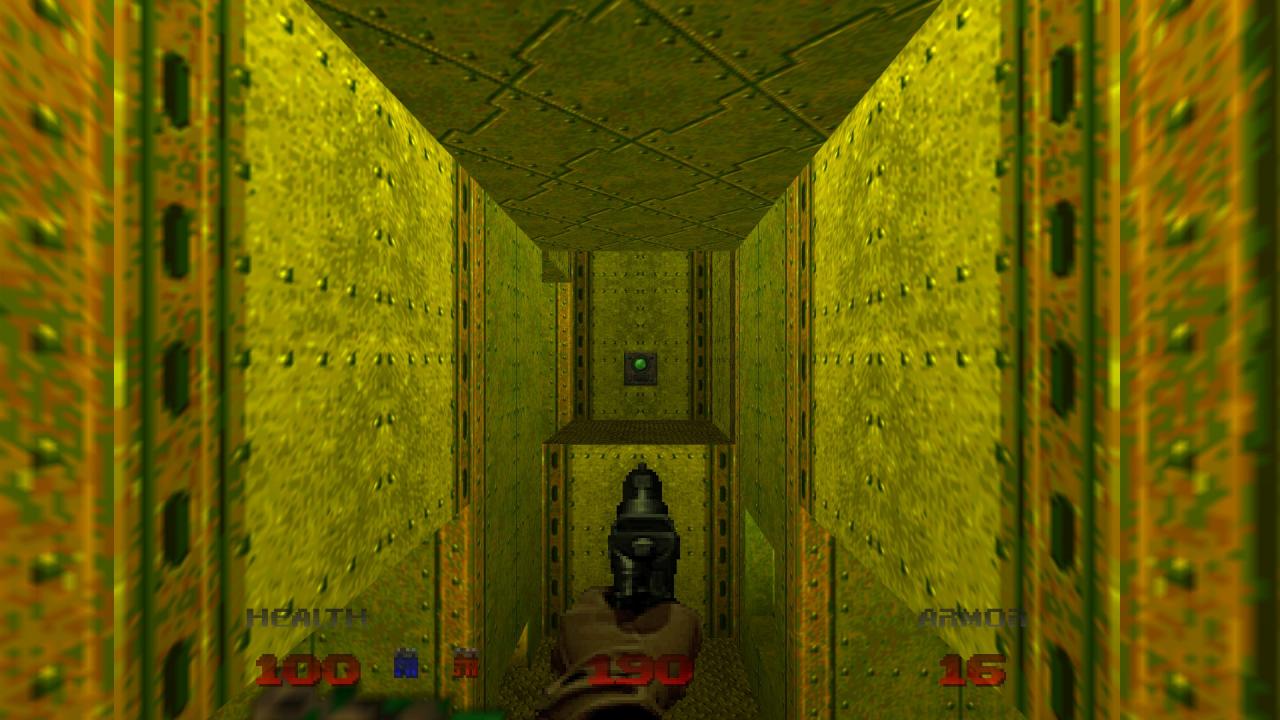 After that, run back to the platform (the one where you got the unmaker), turn 90 degrees to the right, step forward and a wall will lower with a backpack and another enemy. (If you want the backpack and armor, you can straferun to get them).

Kill the enemy and run back to the platform with the switch press it again. The same lift has lowered. Go to the lift and the same button will appear on the wall opposite from the lift. Shoot it. After that, run back to the platform on the left and the floor in front of it lowered. Drop down, turn right and open the door. The door has the first demon artifact. (You will need the red key from earlier to open the door) 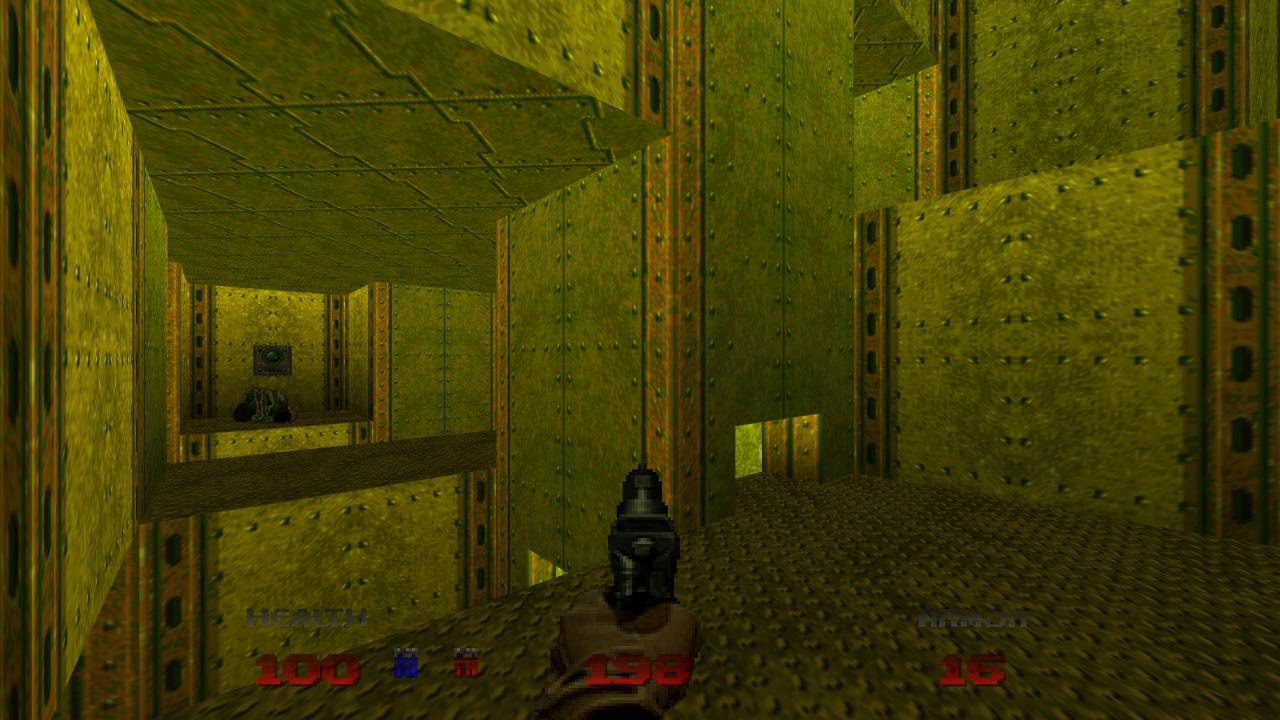 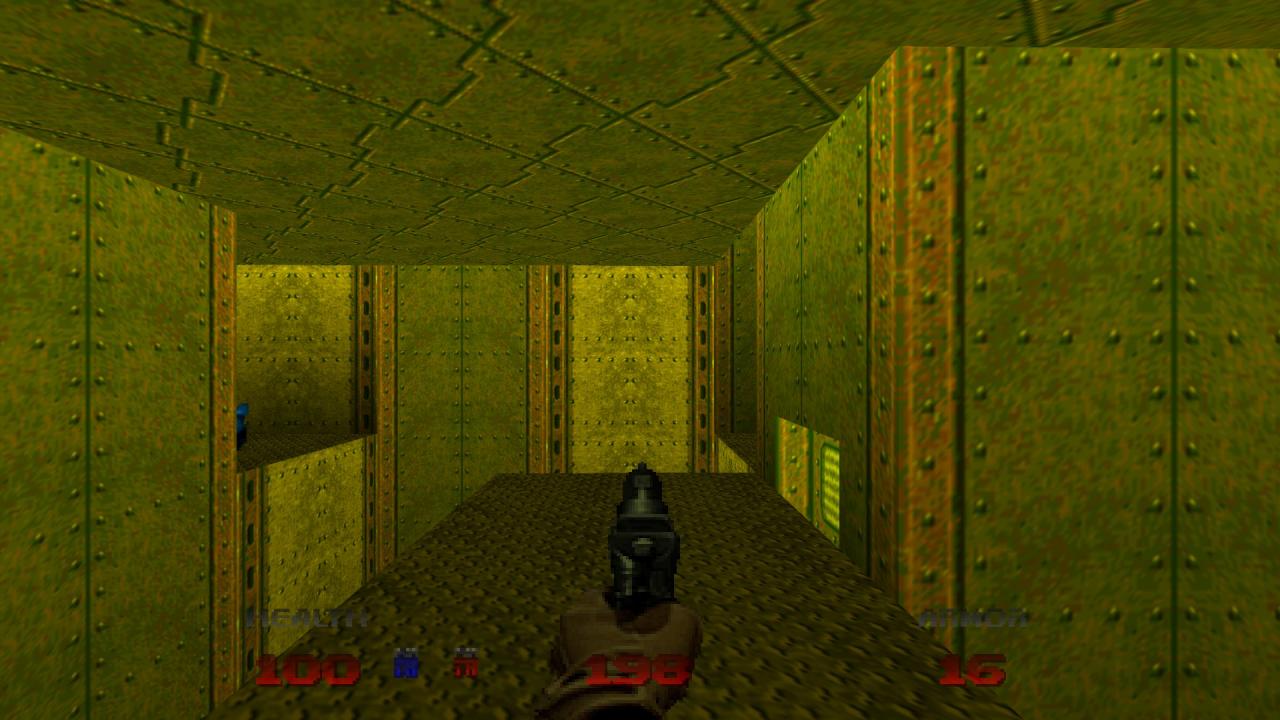 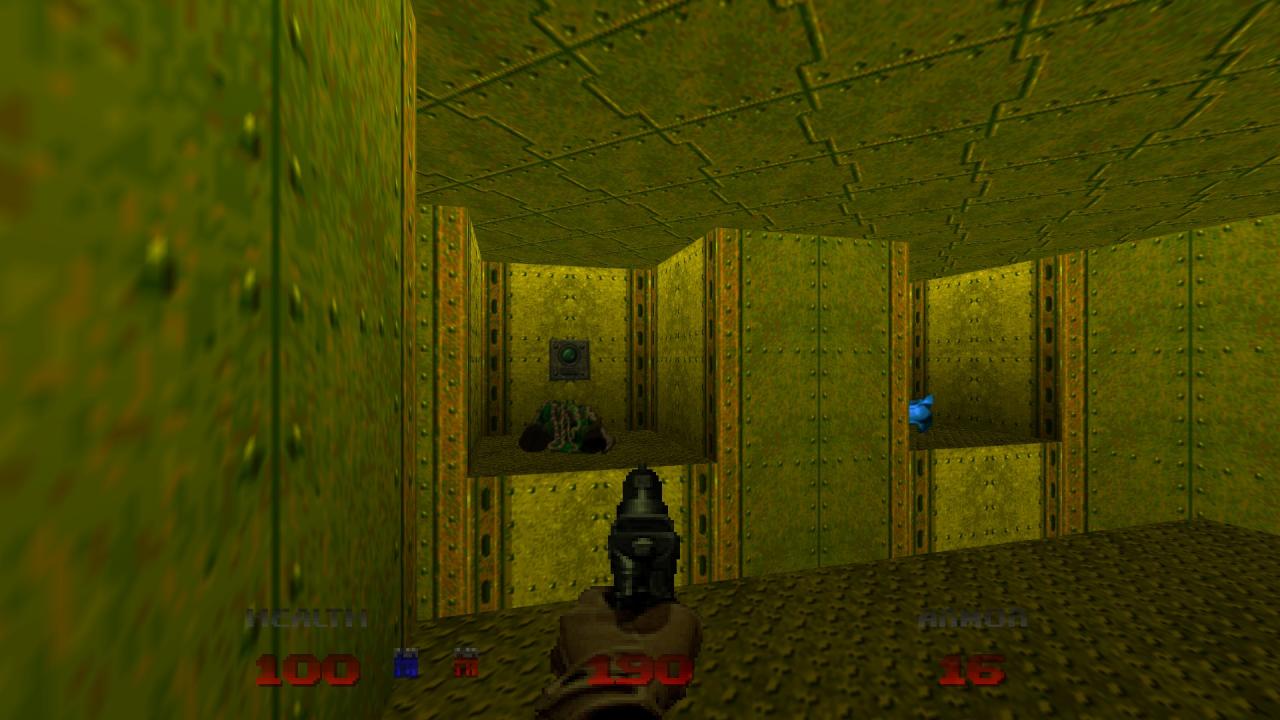 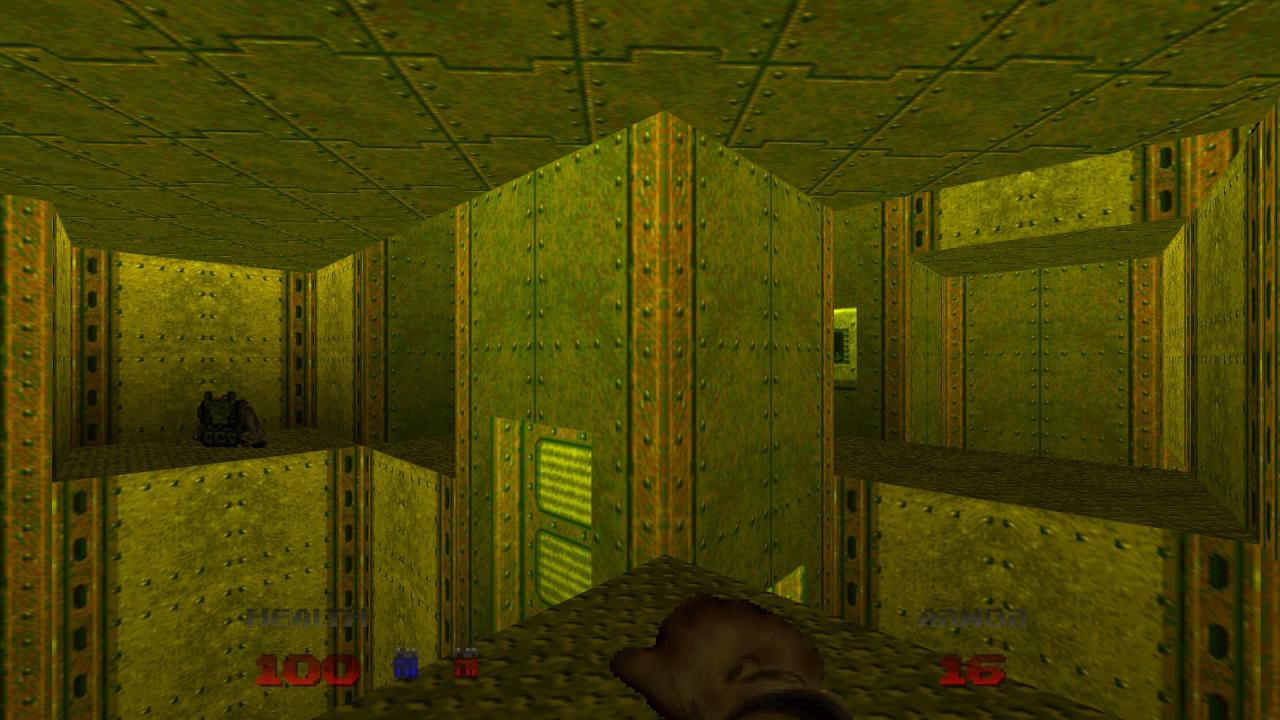 How to access The Lair from Altar of Pain

In the twelfth level, Altar of Pain, play through the level until you get the yellow key. Once you have the yellow key, run across onto the platform that looks like an arrow with the soulsphere on it. The arrow is pointing to a fake wall. Run off the arrow and into the fake wall. Kill the enemy guarding the exit and then take the exit. 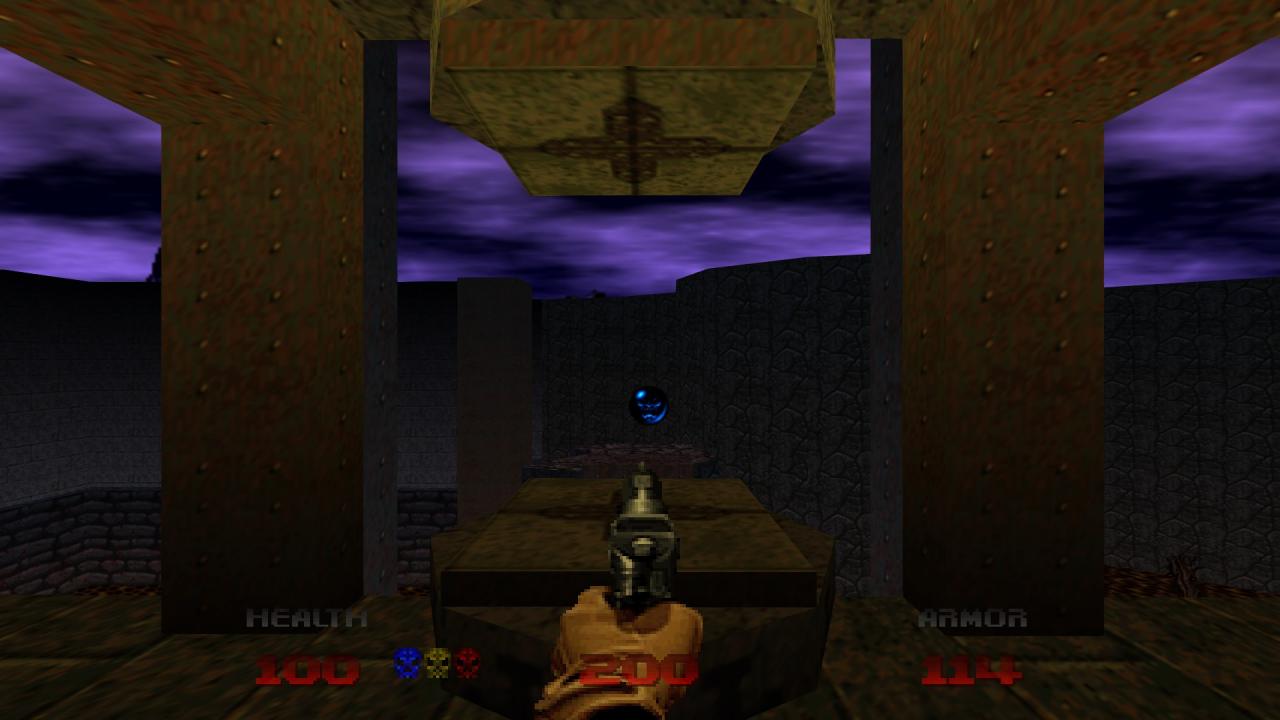 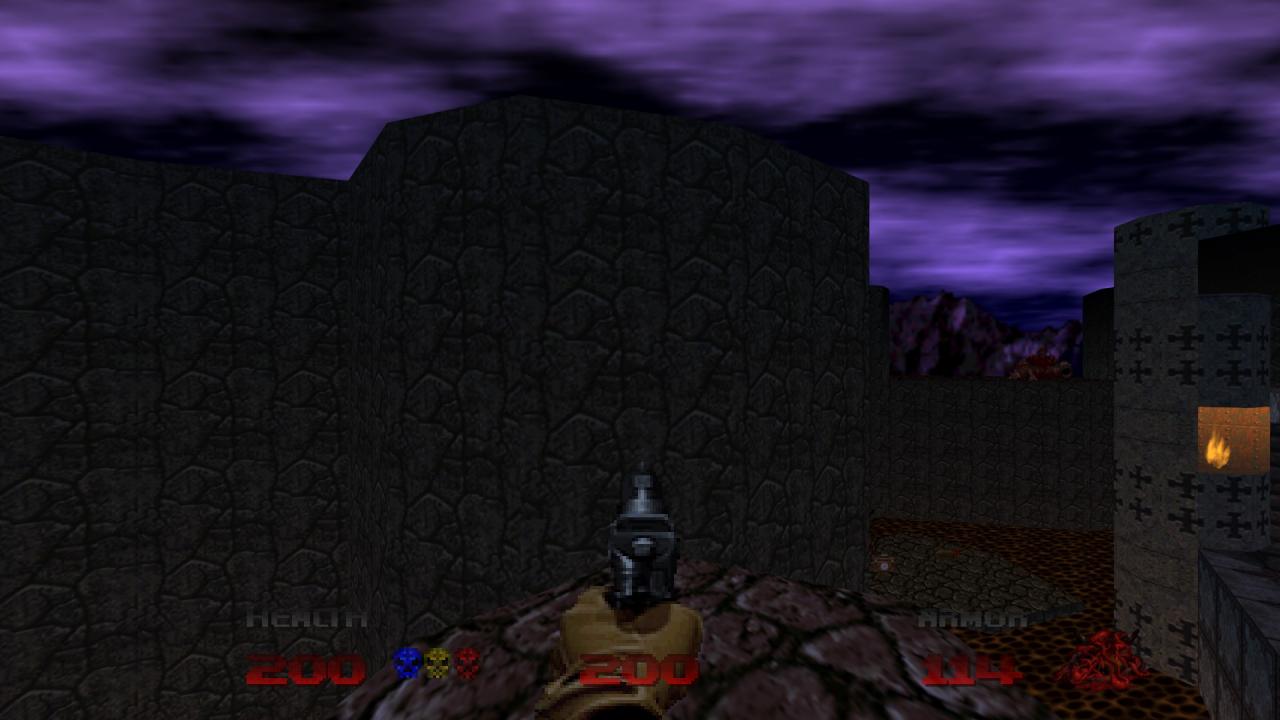 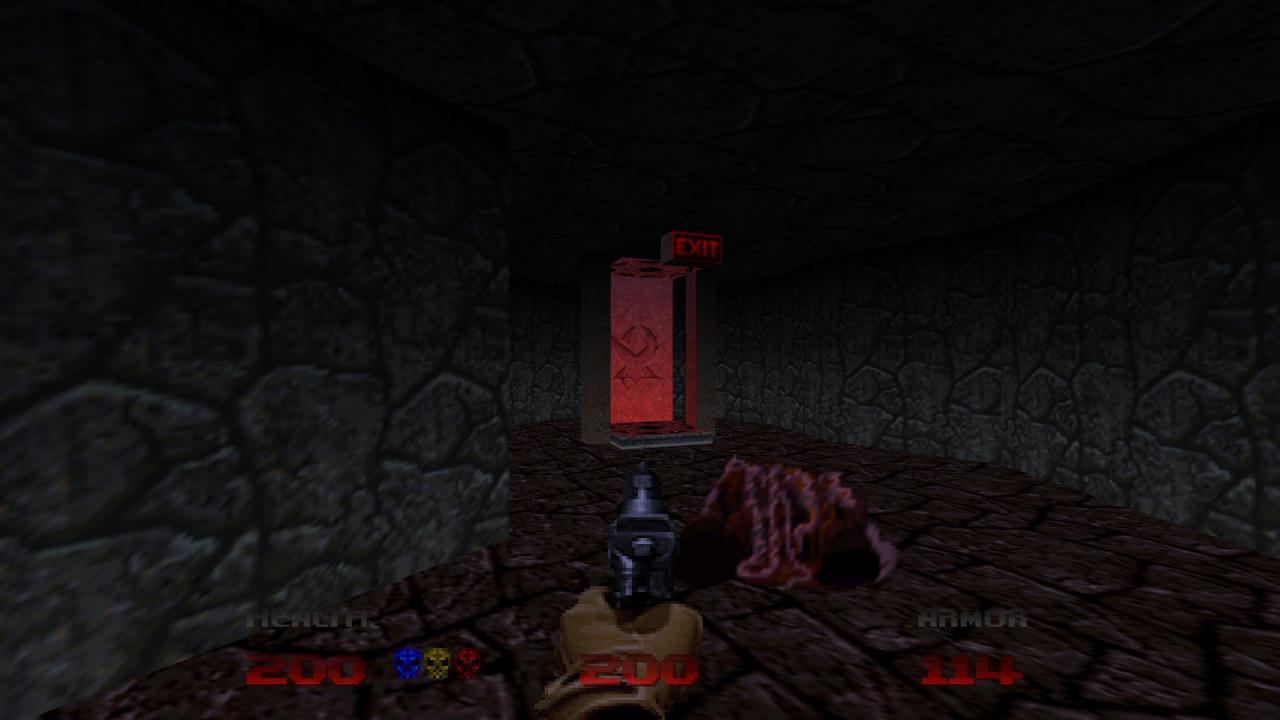 This one is probably the easiest to get. Once you’ve killed the imps and arachnotrons, step onto the platform shown in the image. 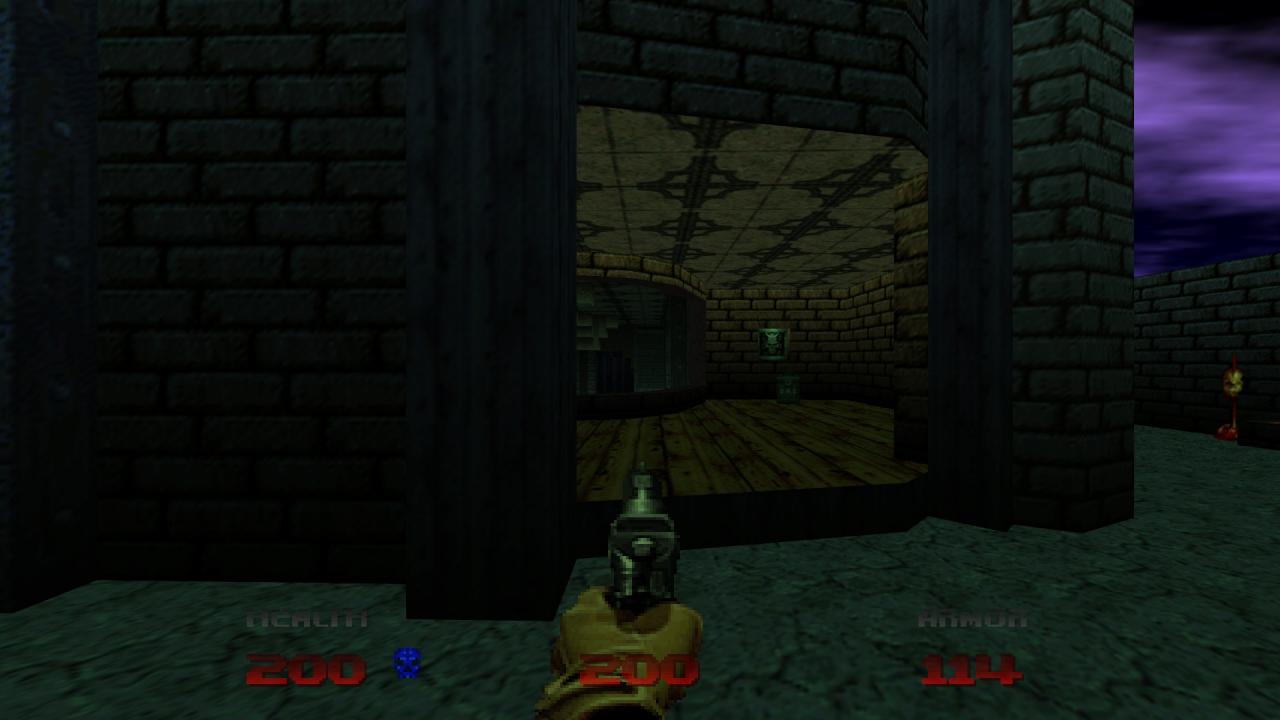 Shoot the button that has been opened then turn 90 degrees left and shoot the other button that was revealed. Then run and get the demon artifact that lowered. 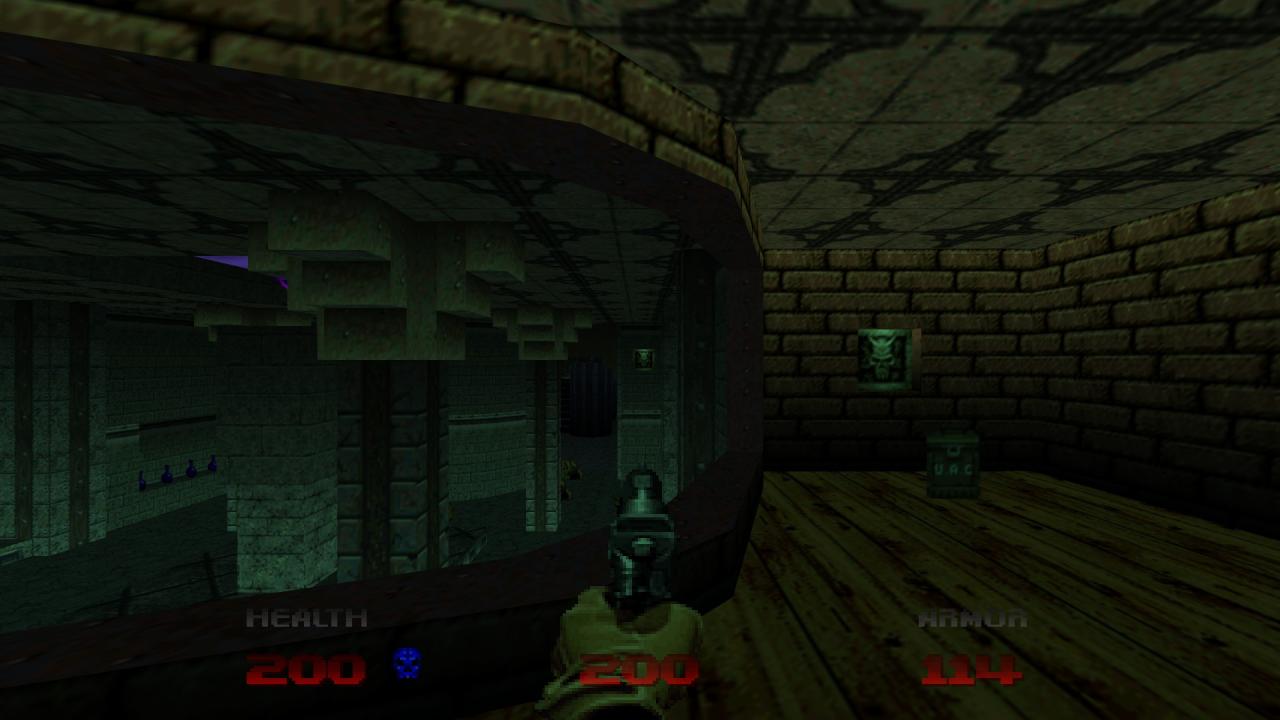 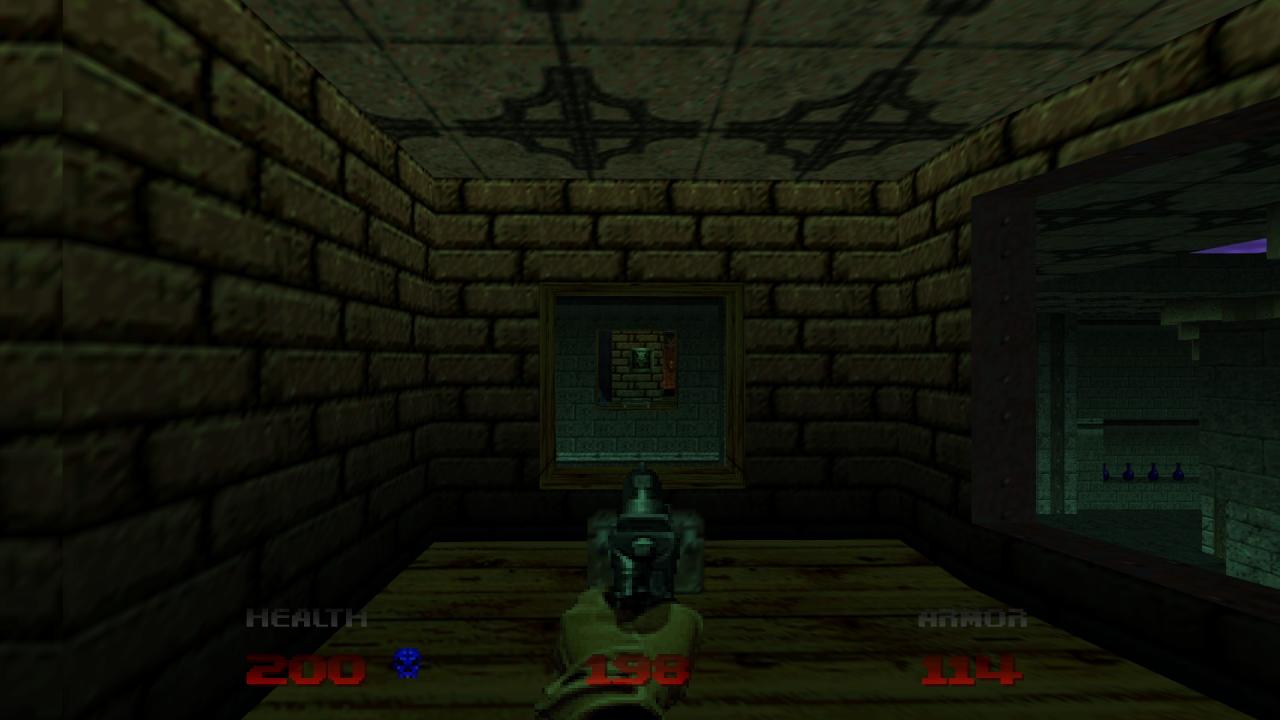 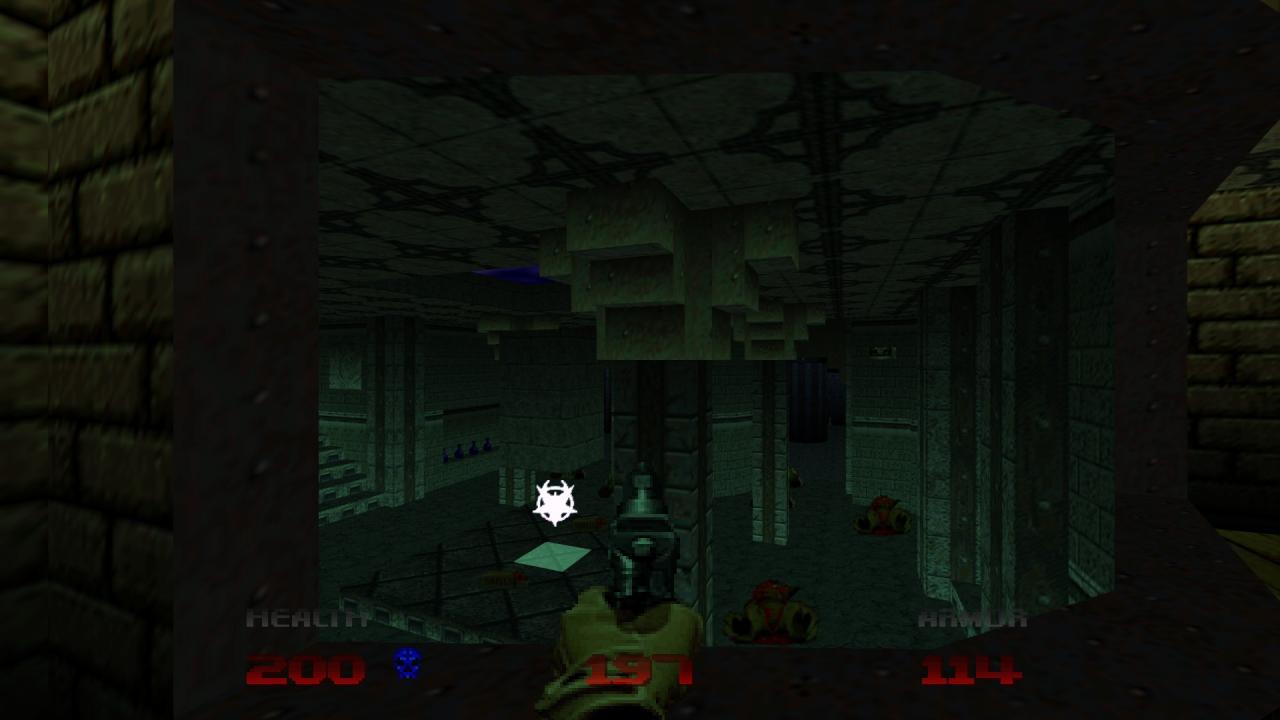 How to access In the Void from Spawned Fear

In the eighteenth level, Spawned Fear, right before the end of the level, step to the top of the stairs, turn around and run back out the yellow door, turn left, then left again, and into the opened door with the secret exit. 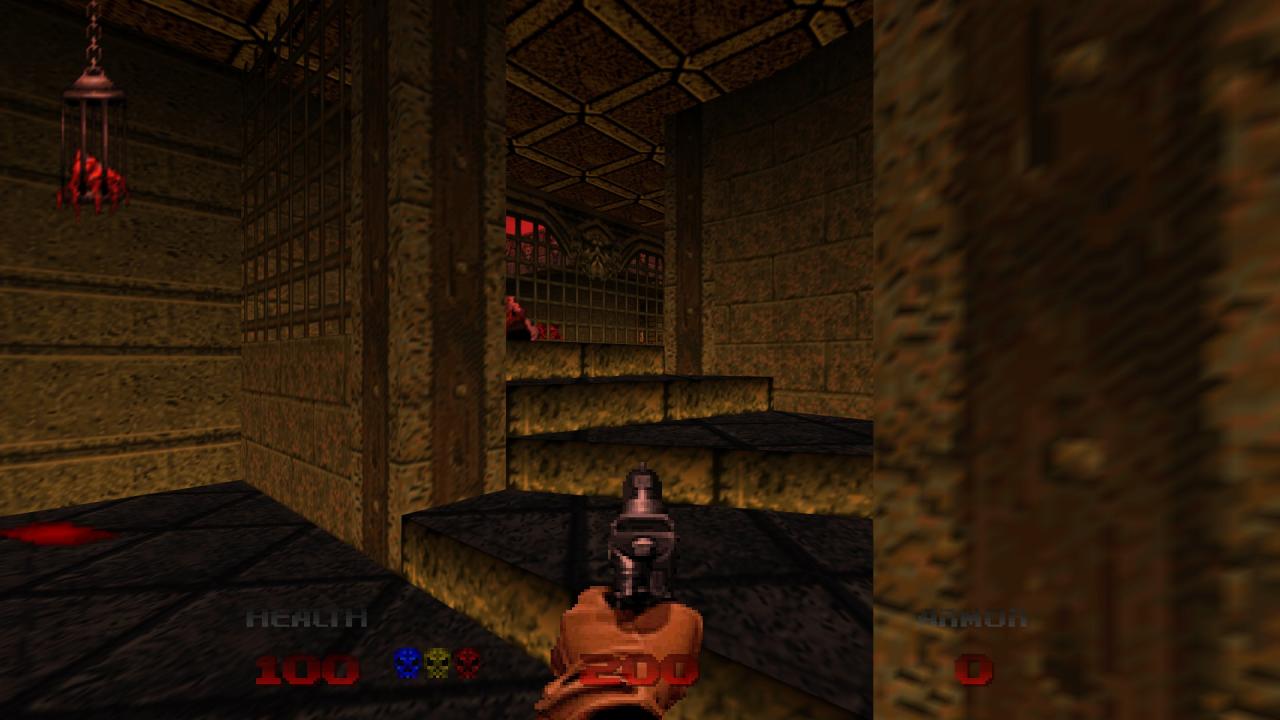 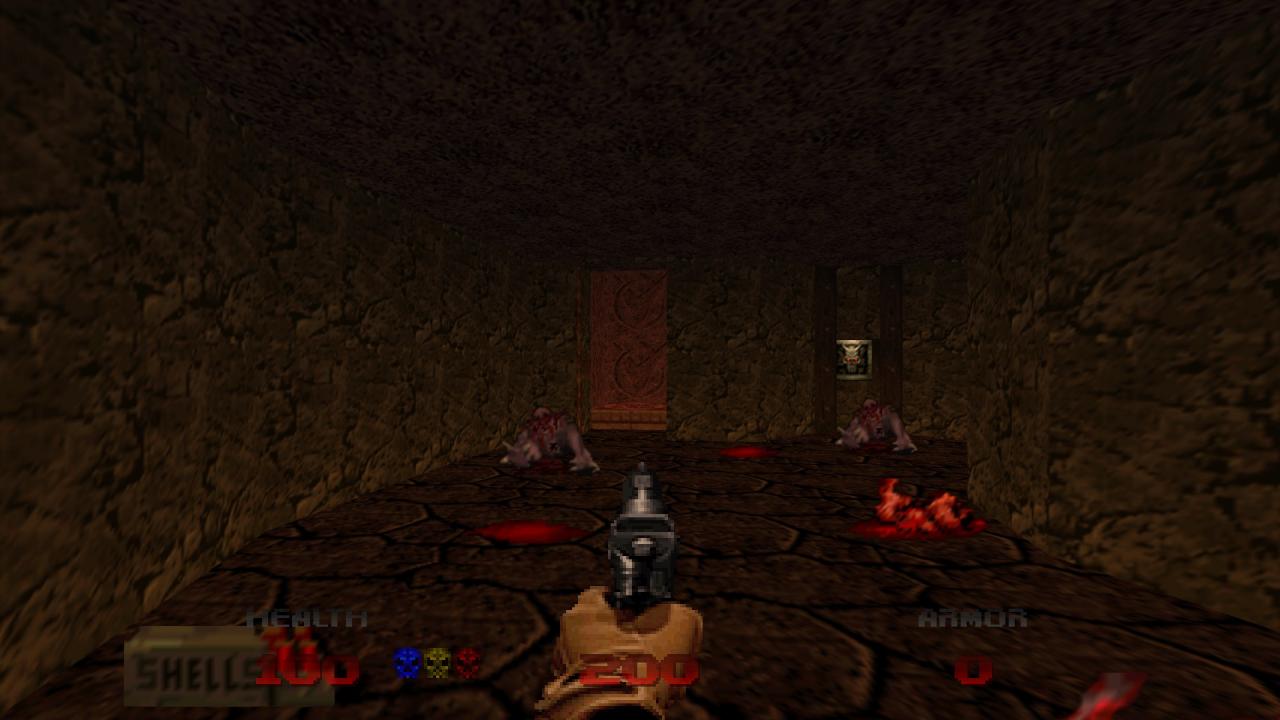 Once you have the yellow key, pressed the yellow switch, don’t exit the level yet but walk to forward until the level starts to shake. Then run back into the teleporter on the right and to the room where you pressed the blue switch. 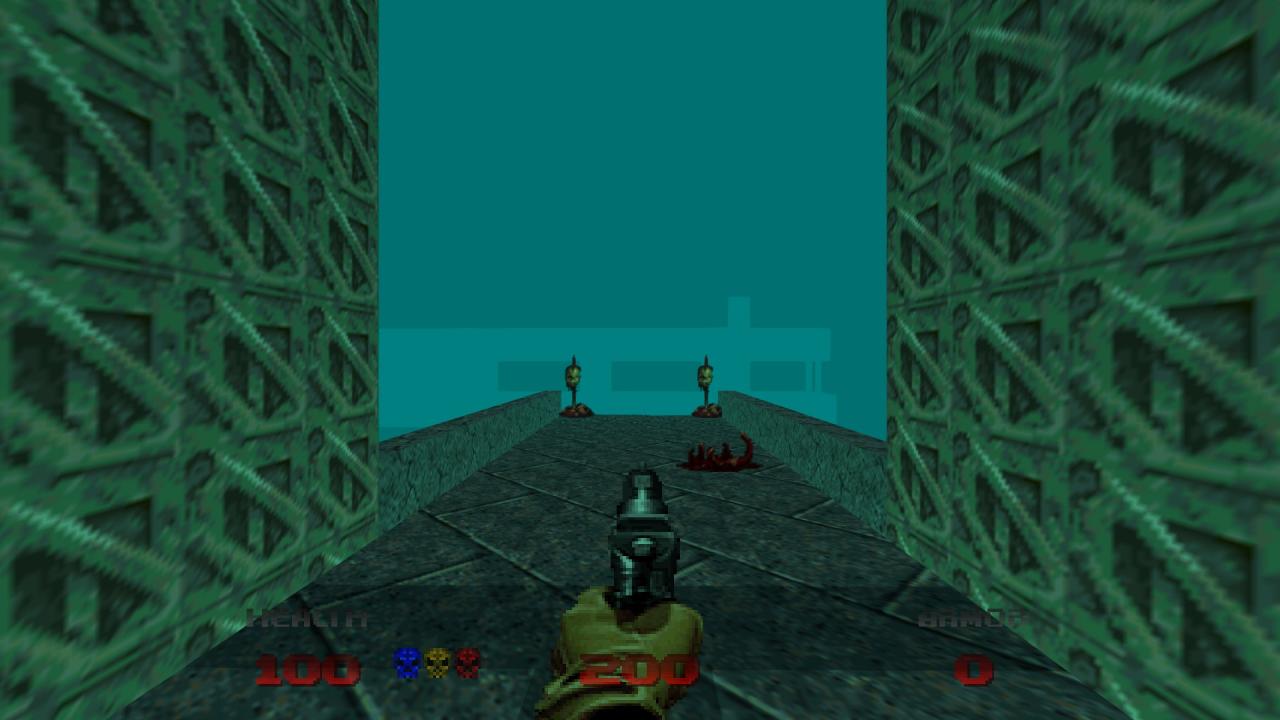 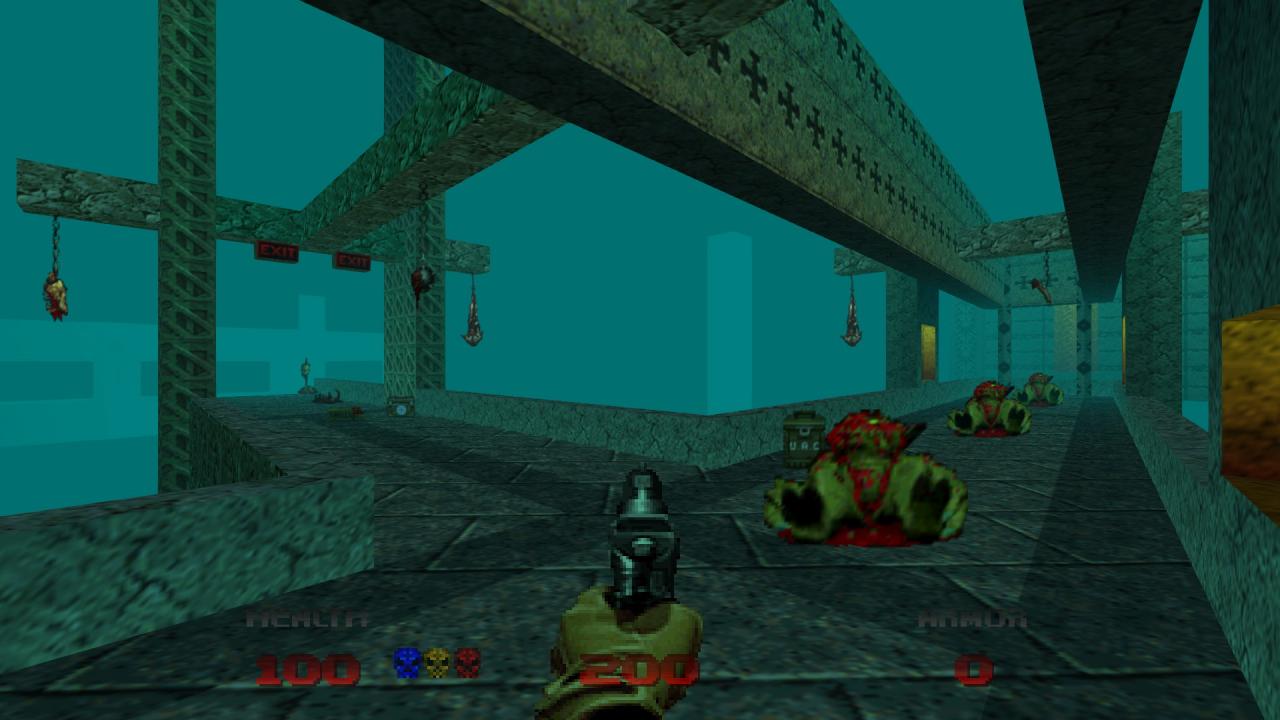 There is a new switch there. Press it and the artifact will teleport. Then go all the way back to where you got the blue key. A stepping stone has raised for you to go and get the artifact. It is timed so do it fast. 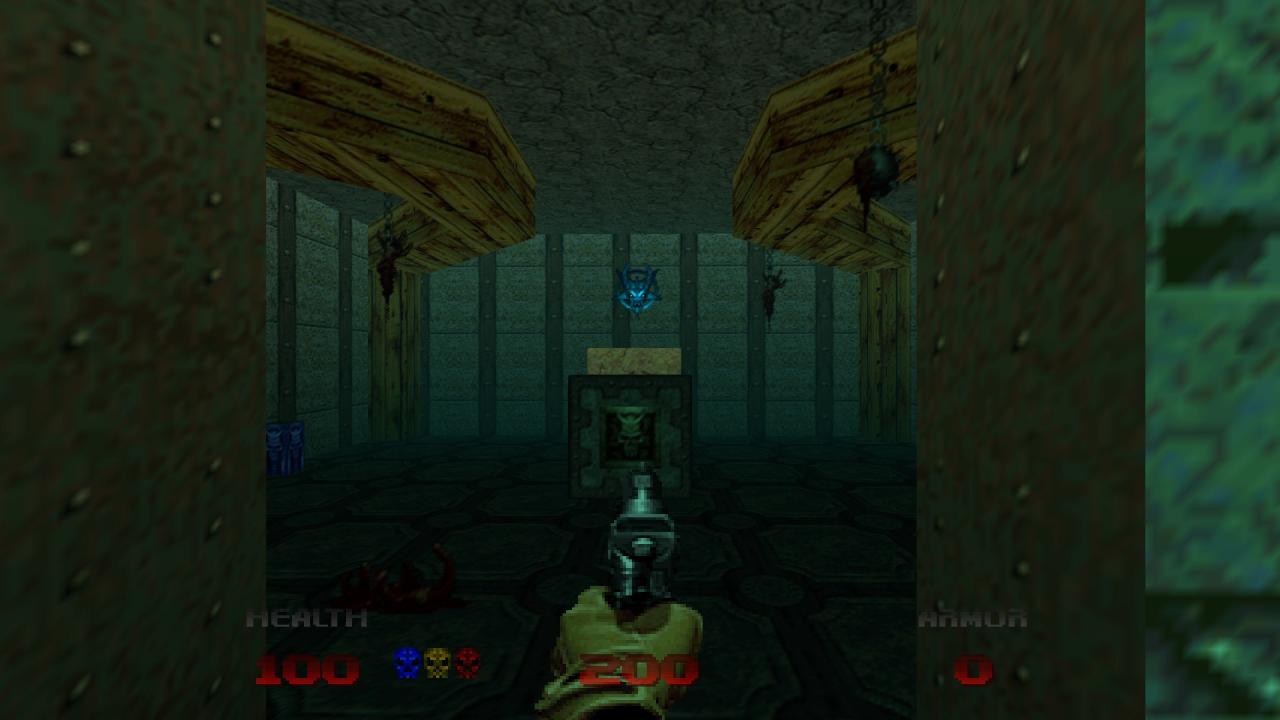 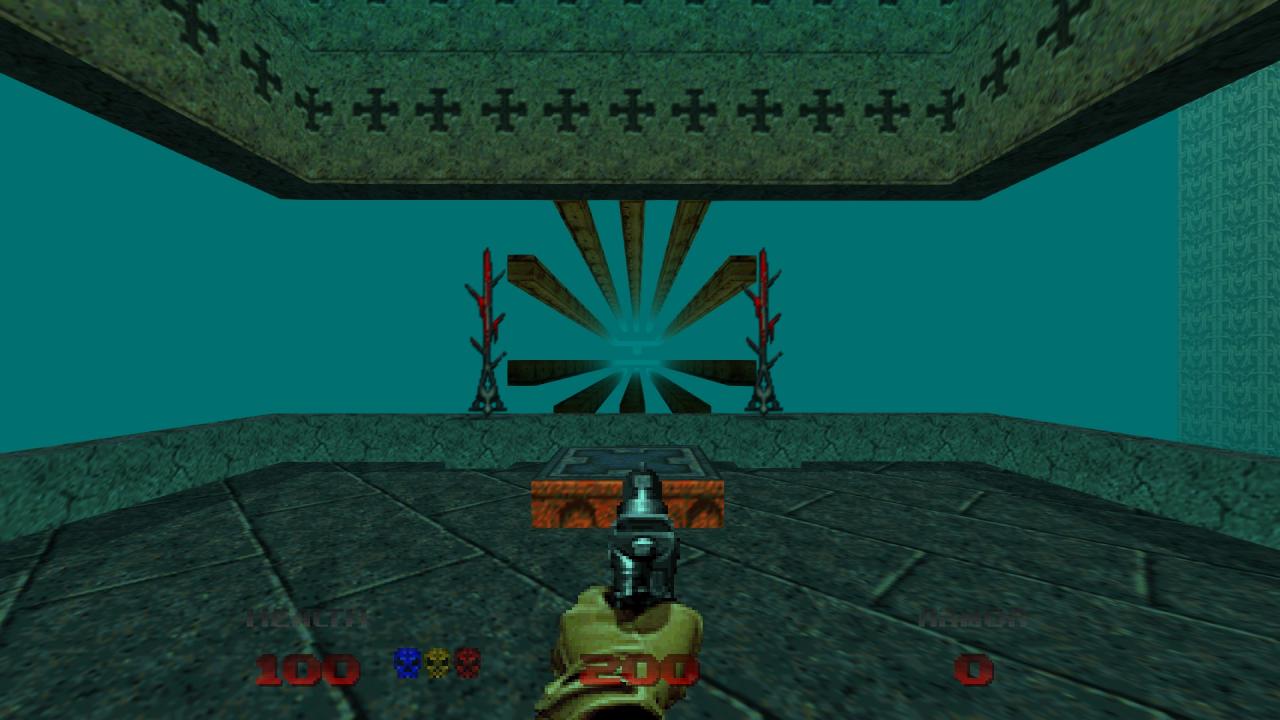 By that one kid