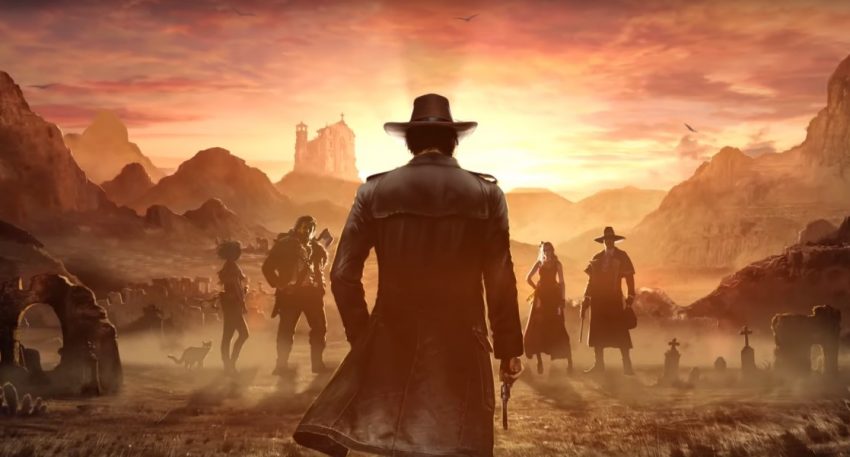 If you play Desperados III and want to know more about the characters, this guide will show you some tips and tricks of all characters, let’s check it out.

Mobility, and some other notes

McCoy and Kate carry bodies crouching. This make them the best options for when it could be tight.

Isabelle and Cooper can carry one body standing.

Isabelle is by far the fastest, Cooper comes in second.

Farther behind is Kate. McCoy and Hector are rather slow, even sprinting.

Isabelle and Cooper can swim. It’s a rather useful thing to have on some maps, but also means that they usually end up very outnumbered. Fortunately both of them can deal with being outnumbered. 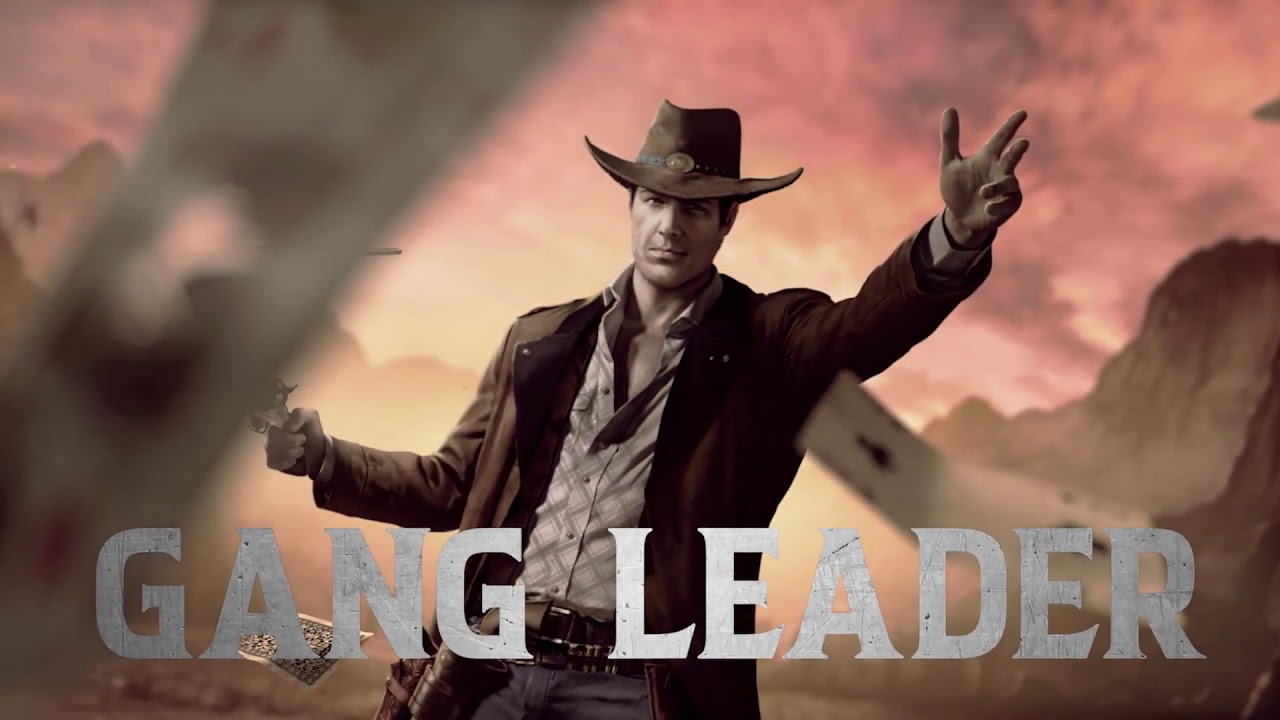 John Cooper is either the most, or the second most versatile character in the game.Melee

Nothing too special here, but it is a rather fast kill/KO. The issue cooper faces is that he carries bodies standing up. So it’s difficult to make use of distractions to remove guards and bodies, usually only the guard. Which is good enough in most situations.

This is where the magic happens. Deadly long range fairly quiet kill. This is what makes John Cooper so powerful. An infinite use fairly quiet ranged attack. The dying time is fairly long though. So do be careful about that. You don’t want to throw this at an enemy that is going to be in the viewcone of another guard anytime soon.

After throwing the knife, he has to recover it, but the cooldown for the ability starts ticking the moment it’s tossed. This makes Cooper very powerful in battles where the alarm has gone off, which should not happen often on Desperado’s difficulty, but can be done with good preparation.

Combo: Thrown Knife + Melee. This can allow Cooper to take out two enemies without raising the alarm. Simply get close enough to melee one guard, and toss the knife at the other, you will kill one and be able to tie up the other. Very useful for Cooper, since his ability to climb ropes and vines land him in such situations often.

A decent distraction, fair duration. Not enough to kill and remove a body, but often enough to kill. Has roughly half duration on ponchos, enough to use it to sneak by in certain areas, not enough to remove any guards.

Cooper has two guns! Independently reloaded, both with good range, and can both be used in showdown mode. Combine this with his knife, and Cooper can take out 3 enemies in one showdown attack.

Outside of showdown mode, Cooper’s fast kills, and three ranged attacks can allow him to win plenty of firefights when outnumbered, despite only having two HP. 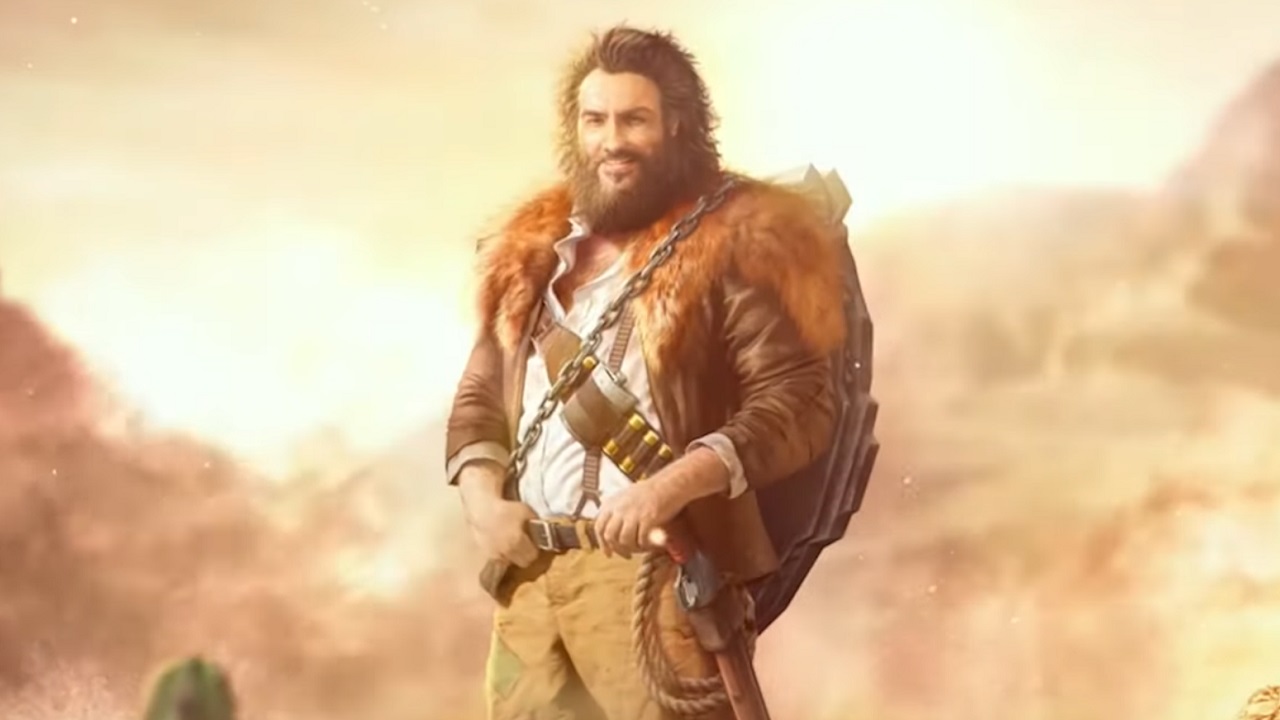 Hector will be a key member of the mission whenever possible. He has the ability to deal with longcoats in 1v1’s. A very, very useful ability. He can also carry two bodies, and also toss them for knockouts at a fairly short range. But the toss bodies ability can allow you to hide bodies in bushes from over walls and other obstacles.Melee
READ:  Desperados III All Badges List (Every Mission)

It’s good. Obviously. It fires in a cone and kills everyone in it, besides Long Coats, who will be stunned. The obvious issue with this gun is that it makes so much noise that it’s pretty much impossible to use without raising the alarm. So my suggestion is where you would want to use this weapon, you should instead raise the alarm with another character, and have Hector clean up the reinforcements with his shotgun.

It’s a drink! Full heal Hector, it has infinite uses, and Hector has 4 hp. It will probably come in use pretty often unless you save and load often. Since Hector is usually used to clean up reinforcements when they arrive, he will often have to wait until they get into a good position to fire his sawed off. It’s normal that he will take a couple shots. This allows him to heal up without the help of the others. 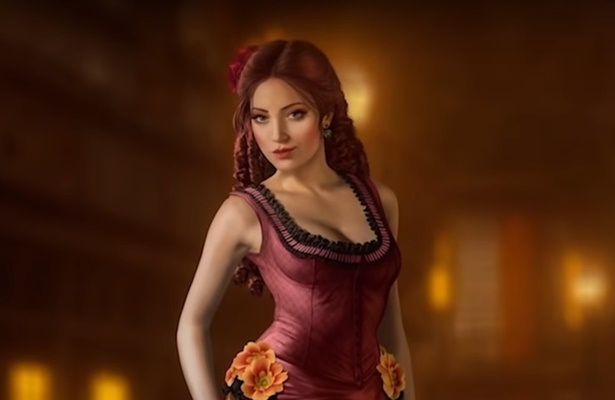 Kate has a pretty unique skill-set. Her skills line up in such a way that she will not be able to take on many enemies like Cooper, or be able to fill a very specific role, but she is an excellent all rounder.Melee

Her melee is a kick, not fast, but not super slow either. It can only knock out. Kate does not carry ropes, so she can’t simply tie enemies up and leave. One way to bypass this is to toss enemies into the water, so they drown. Another way is to drop them from a high place. She carries bodies crouching, so often Kate will be the one moving bodies for you. It’s much safer, despite being slow.

It’s very good. It’s a blind that works against everyone, shorter on some, but still enough to sneak by, usually not enough to take out enemies, but it depends. This is a suspicious action when seen by enemies, it may compromise your disguise. Be careful.

While disguised, Kate can turn a male guard into her direction, narrow their viewcone, and keep it there for as long as you like. She can safely perform a kick on this guard at any time. This can only be used in disguise and she must be standing to do it.

Naturally, this is very useful as the nature of her disguise means she can move into areas that the rest of the crew cannot. The issue is that longcoats see through her disguise, and she gets attacked by dogs. In most missions, this will not be necessary, but in some situations she may have to avoid a longcoat patrol, and distract an enemy at the same time, as long as your keep track of your characters, this should be do-able without too much trouble.

Her gun is a short range, quiet derringer. It seems underwhelming, but she does not leave disguise when firing, and if she avoids the initial discovery window after firing, she will never be discovered unless there is a longcoat. It is also very useful for stunning longcoats, since it’s by all means not an exceptionally valuable ammo.

The gun can also be used to kill an enemy that she has isolated using her disguise.

Kate’s disguise allows her to draw no suspicion from anyone but longcoats when disguised, but it must first be found somewhere in the mission. Usually a tough endeavor, but very worthwhile, as her disguise will open up the map greatly.

While disguised, Kate can lure a male guard to follow her, provided it’s not a poncho. They will turn back after some time, but this can usually be enough to get them killed, since you can move them out of their allied viewcones. Combines well with another teammate, Bianca, or just a good kick. Sometimes you may choose to use this along with the derringer to take out an annoying guard.

Keep in mind that while holding a body, it will not awake. 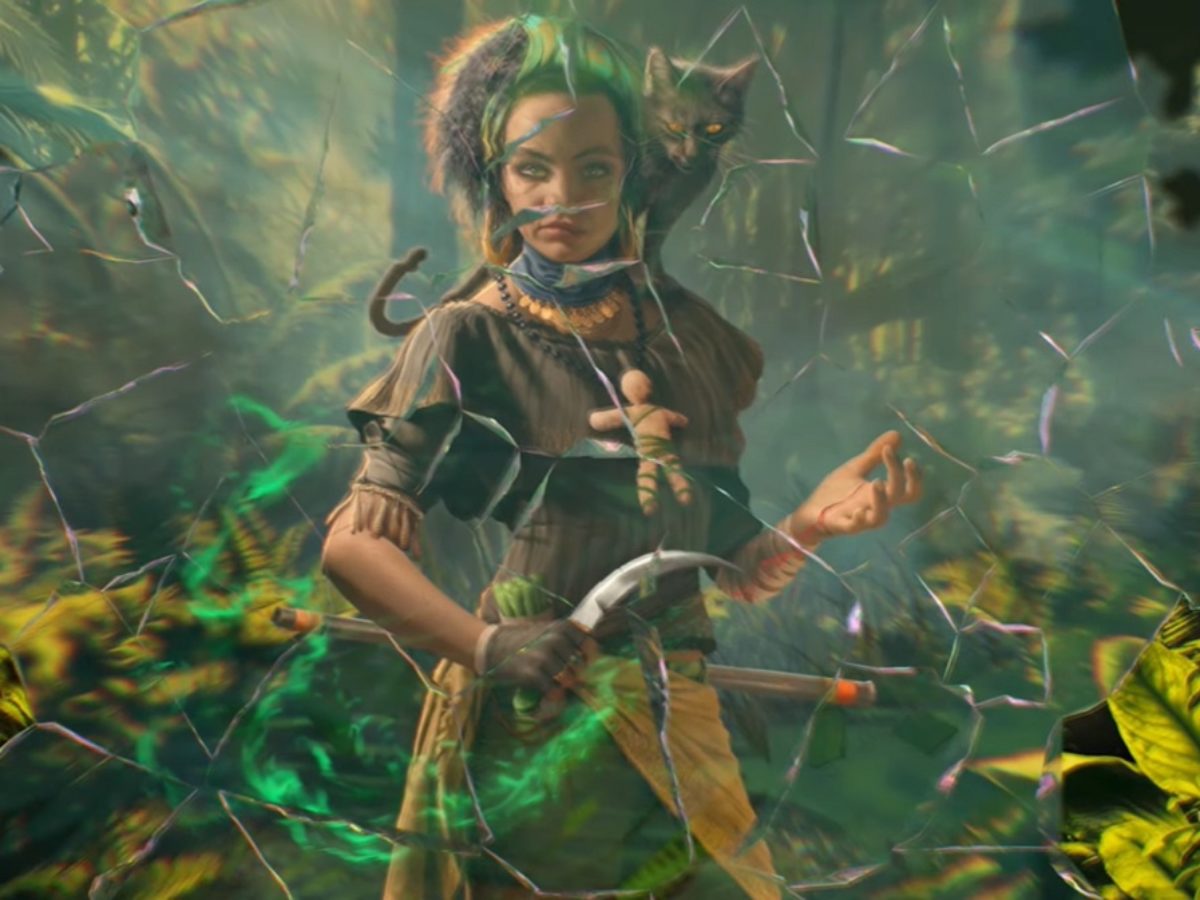 isabelle is by far the most complicated and hard to perfectly utilize character out of the five, besides for possibly McCoy.I will give some examples on how to use her abilities effectively, but this barely scratches the surface of what is possible.

Isabelle’s melee is average speed. Not fast, not too slow. Nothing particularly special here.

Remember that connect does not transfer damage directly. For example, dropping a rock on someone always kills them, but if the connected target is a longcoat, they will only take 1 damage and be stunned. Though this will not raise the alarm.

Mind control is her second last skill, this is very complicated, but the gist of it is, that you want to use it to shoot two connected targets, and then get the mind controlled target shot. Even if they are not shot, they will probably be tied up, So don’t sweat that. If she performs any action, the mind control ends. if someone sees them raise their gun to shoot, they will be shot preemptively. If you kill someone in this way, it does not raise the alarm.

Alternatively, you can link someone to the mind controlled target, while this will not let you mind control two people, it will allow you to guarantee that they will take both of the connected people down, or at least knock them out.

She also has a heal that can restore 1 health to her to one of her allies.

Isabelle requires a lot of thought to utilize properly, but mind control can be used to dig yourself out of many impossible seeming situations.

She has no firearm, which makes her rather poor in a firefight, you should avoid them. She can set up good showdown kills using her connect though. 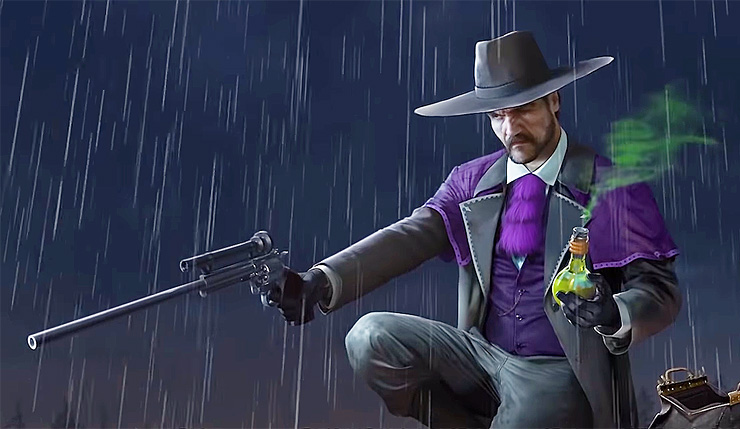 McCoy is unlike Cooper, as he cannot take out many opponents easily, nor can be deal with big targets. However, his advantage is extreme range. McCoy can take out opponents from so far away that there is no chance to fight back.Melee

His melee is pretty unexceptional. Very slow, he does have a crouching carry, so he can often take bodies off the map as soon as he takes them out.

His gun is part of what makes him so powerful. There will often be patrols in high places. Sometimes, they won’t be guarded by people below, since they are too far up. McCoy can take out these patrols easily, and rid you of an annoyance. To get an idea how effective this is, there are many challenges that ask you not to snipe with McCoy.

This can stun longcoats, and put all others to sleep. Exceptionally powerful, only one use a mission. To be honest, I find I often don’t use this, because it’s so powerful I’m always trying to save it. It’s an incredibly powerful ability. Doc can indeed tie people up, so this can actually allow him to take out a bunch of people on his own if he needs to.

Its a lure, a very good one, if a guard that isn’t a poncho or longcoat sees it, they will go for it, and be blinded if they open it. It narrows their viewcone and focuses it.

Very versatile, a blinded enemy does not raise alarm, nor are they paid any special attention by other guards. This is best paired with another fast killer, as McCoy’s Melee kill takes a long time.

McCoy is a doctor, after all. He can heal an ally for two hp as many times as you want. It’s useful for keeping yourself topped off after a firefight.

Be sure to experiment, there is almost always a better way to do something than what you first imagined, and do not forget about the more mundane abilities, like the coin and the perfume, they are be very powerful combined together.

Remember that abilities in showdown can be used individually by the indicated buttons.

Thanks for reading. Good luck, get those medals. Don’t forget to give this game the gleaming reviews it deserves. 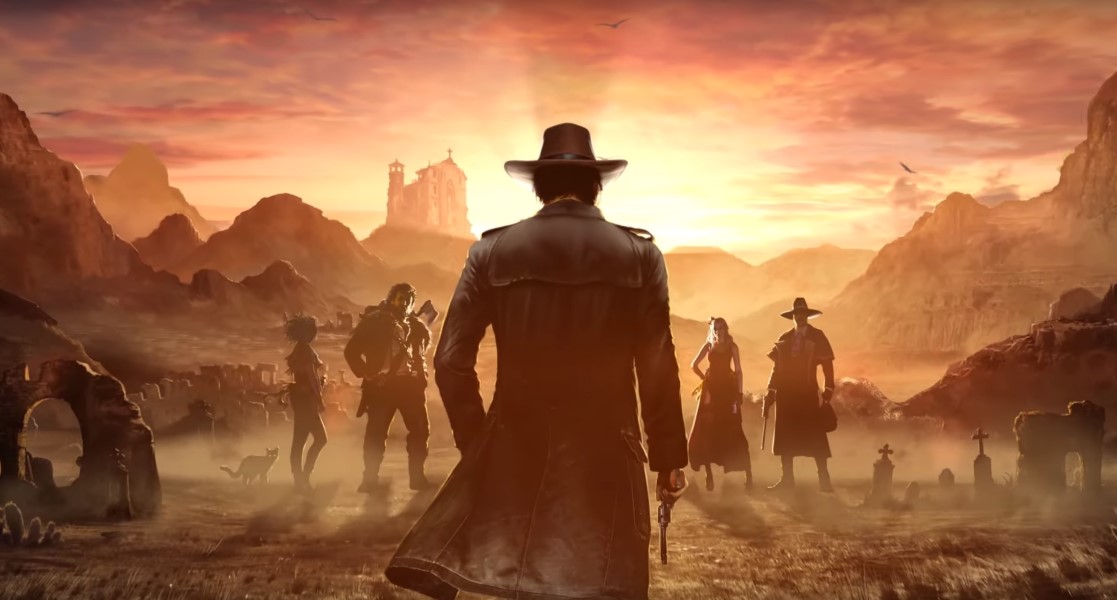 That’s all we are sharing today in Desperados III Character Tips and Tricks Guide, if there are anything you want to add please feel free to leave a comment below and we’ll see you soon.