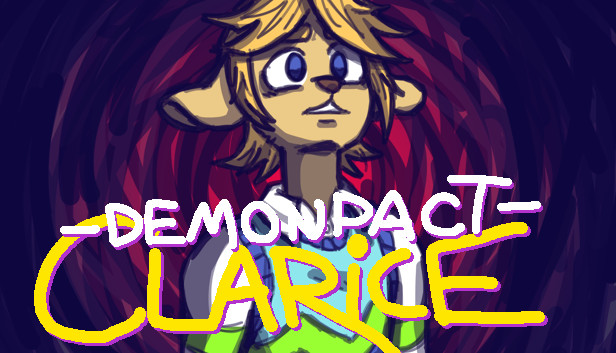 For Demonpact: Clarice players, this is a guide about how to find every party member in the game, with minimal spoilers. Let’s check it out.

Demonpact: Clarice has a huge cast of characters to recruit. Not only are they fun to mess around with in combat, but they also add unique dialogue to story scenes and NPC conversation. Most characters are easy to find, but some are a bit tricky.

Although this guide has minimal spoilers, I still recommend doing your first playthrough totally blind. Being aware that certain characters are recruitable at all can be considered a spoiler. Some could even be considered major spoilers.

This guide won’t cover any of the bonus secret characters that contribute nothing to the story or dialogue. If you want those, just take note of any secret codes you find and see what happens when you enter them. None of them are hard to find, especially if you care enough to recruit all the normal characters.

You have Lenny at the start of the game. He’s the protagonist, after all!

You have Zack at the start of the game. He’s not the protagonist, but he’s a good friend!

You get Ying at the end of Chapter 1.

You get Beatrice at the end of Chapter 2.

You get G0R5 in the mansion during Chapter 5.

At the start of the game, choose “fight for your soul” and win the battle.
There is no way to keep Rachel in your party permanently.

She stands between Lenny’s house and the Library during Chapter 1. Talk to her and allow her to join.

Pick up all the tutorial books in the Nerd City Library and then talk to Matias. Tell him you read all the books, then answer his quiz questions. He’ll join you afterward.

Joe stands at the exit to Nerd City. Talk to him and give him a Bebis, then he will join you. The Bebis has to be in your inventory, not equipped. If you don’t want to buy a Bebis from a vending machine, you can get one from Lenny’s refrigerator.

Talk to a Salarywoman near the Salarymans building to get a key. Use the key to enter the building, then defeat the enemies. Robin will join you.

Enter the Hedgehog building and talk to Suzan. Win her elemental attack minigame and she’ll join you.
You don’t need every element, as some skills can still do damage in the minigame. The most readily available way to do this is by spamming the recycle skill to eventually throw garbage at the enemies.

In the 2nd battle vs Nick and David in Nerd City, do not attack Ivan. He’ll thank you and give you Bear Hands as a trinket. Afterward, he’ll appear in one of the battles in the Anchorboys building. Spare him again, then go back to the Nerd City Library, where he will be waiting. Talk to him and allow him to join.

You’ll need at least one Scroll of Darkness. After recruiting Beatrice, take the path on the right, which leads to a church. Give a Scroll of Darkness to Maria and win the following battle. Phillip will join you.

You’ll need to have collected 5 Scrolls of Light and 6 Scrolls of Darkness. Give them all to Maria, then select the “just talk” option and allow her to join.

Buy a Vodka from the “secret” shop in Straight Down City and give it to Emily, the girl sitting near the boxes (if you’ve recruited ???, Emily won’t be there). This triggers an annoying ♥♥♥♥♥♥♥♥ fetch quest. Follow the item trading chain, which goes in this order:

After that colossal waste of time, you’re ready for the 12th and final step. Talk to Leorio, who stands to the right of Beatrice’s house. He will join you.

Sophie lays on the ground near the Crime building in Aquarium City. Talk to her and she will enter your inventory. Walk around and she’ll fall out, where you need to pick her back up. Repeat this process until she eventually joins the party. You can’t just walk back and forth because she’ll never fall in the same spot twice.
Whether she is fully cured or not will change her dialogue, where applicable.

You need to have recruited Bite, Robin, or Suzan. It doesn’t matter if they are alive or not. Enter the house at the top left of Winner City and George will join your team.
George’s available skills depend on which gang members you don’t have.

Open as many trash cans as possible. The Legendary Trash Man will eventually join you.

Spam the recycle skill until you find God’s phone number. When God asks you what you want, say “you” to get an item. Do this again to get another item. When you do this a third time, you’ll get a secret code. Input this secret code in the Aquarium City Library or when starting a new game.

Defeat the boss in the sewers and walk to the end of the hallway. Talk to Bob and he’ll join you.
If you’re having trouble finding all of the sewer keys, look to the right of the Salarymans building for an easily missable area.

Defeat the boss in the sewers and take note of the secret code at the end of the hallway. Input this code when starting a new game.
With the code active, enter these locations to talk with Nell:

These can be done in any order.
After the final encounter, Nell will join you.

Defeat the boss in the sewers and take note of the secret code at the end of the hallway. Input this code when starting a new game.
With the code active, examine these locations to trigger nightmares:

These can be done in any order.
In the final nightmare, lose the battle to earn this party member.

5 or more party members must permanently die. To maximize deaths, recruit as many party members as you can, then defeat Rachel in the Crime building before encountering Richard.
After the deaths, talk to Save-chan multiple times to earn a secret code. Input this secret code when starting a new game.

That’s all we are sharing today in Demonpact: Clarice Party Member Recruitment Guide, if you have anything to add, please feel free to leave a comment below, and we’ll see you soon.
Credit to Abbock