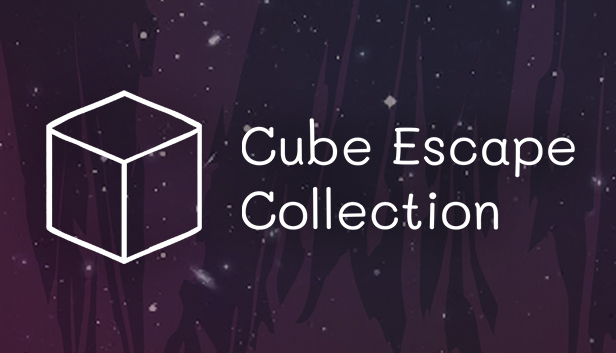 For Cube Escape Collection players, this guide includes short description of all achievements in the game. While some of them might seem vague or cryptic, they’ll be very clear while playing the games.

Achievements labelled as Story can’t be missed. Achievements are ordered in a way I obtained them during playing.

In bloom
Spring 1964. Click the woman in the window (open curtains, zoom in, if she’s not there leave and come back).

In bloom
Story. Complete Spring 1964. The achievement will pop when you insert black cube into the hole

The lake
Story. Complete Summer 1971. The achievement will pop when you insert black cube into the hole

Young Laura
Fall 1971. Use code 25641 on the TV. The code can be found in Cube Escape: The Lake after opening the box with the green gem.

Pink blossoms
Story. Complete Fall 1971. The achievement will pop when you insert black cube into the hole

Blueprint
Story. Complete Winter 1981. The achievement will pop when you insert blue cube into the hole

Find me in the past
After fixing the machine go back to Summer 1971 or Fall 1971 and click the telephone.

Apple
Story. Find an apple. It’s in the dead body.

Eye
Story. Find the eye. It’s hidden in a wall next to a cabinet. You need a crowbar to get it.

Coin
Story. Find a coin. It’s in a cupboard.

Shell
Story. Find a shell. Use a mold as bait on the fishroad.

A corrupted soul
At some point a black figure will show up in the window. It’s random, you can keep leaving and coming back until it’s there. Click it to get the achievement.

Hoarder
Completely fill your inventory. It’s fairly easy to get considering how many items you can pick up. You need to have 13 items. An example list of items:

The pentagon
This is related to alternate ending. Use green gem instead of a blue one on the tree and complete the chapter. You can get the green gem from the second box using the code 1487 which was used in “Cube Escape: Seasons”.

Cheers!
Give absinth to Paul.

White Cube
Story. Find the white cube. While seeing corrupted soul in the mirror use the gun on it.

Black Cube
Story. Find the black cube. You get it after completing the painting.

Déjà vu
After entering the ear and reaching two doors, click the left one (blue) to go back to your room.

Row, row, row the boat…
Open the window and click on the man in a boat

Rusty Lake Hotel
After entering the ear and reaching two doors enter code 1853. Open the door, enter the room, open the window and click the hotel. A clue for the code appears in “Cube Escape: Case 23” in a photo on the wall titled “Bedroom in Arles”.

Back in the box
Story. It unlocks when you return to the box after entering the fruit.

Smoked fish
Story. Give cigar to the fish.

Peekaboo!
Story. Use the knife where a pigeon is poking at the box.

You died!
While technically missable, it’s very hard to actually miss it. To get it you need to die. When you climb up the rope a corrupted soul will appear and kill you unless you release fireflies very quickly. Let it kill you.

A feather
Pull the rope a few times until a feather drops. Click it.

View of Arles
Chapter 1. Click the photo on the wall and the “Bedroom in the Arles” nameplate. Click the window in the photo to open it and get the achievement. 1853 is a hint for an achievement in “Cube Escape: Arles”.

Force-feeding
Chapter 1. Feed three flies to the fish in the fishbowl. This has to be done before sending a fly to the shell.

Mugshot
Chapter 2. Set the TV in the detective office to 171. A hint for this achievement appears in “Cube Escape: Theatre” on the mirror when Bob goes to the WC.

Dark wings
Chapter 2. After completing the story on the typewriter and receiving the numbers type “crow”. A hint for this achievement appears in Chapter 1 in a newspaper. The bird and clock set to 3:25 which appear on the paper are a hint for “The Old Crow” achievement in Cube Escape: “The Mill”.

Ventilated
Story. Complete Chapter 2. It pops when you insert black and white cubes into the TV.

Mr. Crow
Story. Complete Chapter 3. You’ll get it as soon as Mr. Crow approaches you.

I made it
Story. Complete Chapter 4. You’ll get it when you enter the elevator.

The attic
Story. Get into the attic.

Fine dining
Give bird sh!t gotten from the parrot to the old woman.

The Old Crow
After phone conversation set the clock to 3:25 and go back to the parrot. It will be gone with a crow in its place. Click it to get the achievement. A hint for it appears in “Cube Escape: Case 23” after obtaining the “Dark Wings” achievement

T-Pose
Story. While looking through the telescope click Dale’s body.

Undead Cow
Once the cow is dead click on its head a few times.

Fun time with Laura
While Laura is on a chain keep pressing the arrows on the device randomly until the achievement unlocks.

Mr. Rabbit
Look out the window and click the rabbit figure.

Weapon of choice
Pop the chewing gum bubble with a knife.

A drink at the theatre
When your grandfather is dead check his pocket for a recipe for a Gin and Tonic drink. It’s a hint for the “Rusty Lake G&T” achievement in “Cube Escape: Theatre”.

Unexpected prey
Story. Catch a fish in a mouse trap.

The break out
Enter code 1894 into the snow globe. It was given in “Rusty Lake Hotel” game for completing 100% stars.

Bad Egg Symphony
After solving the piano puzzle play the following notes: BADEGG. When the music is over click the parrot and get the notes. They are required for the “A familiar melody” achievement in “Cube Escape: Harvey’s Box”.

Women…
Talk to the bartender after Bob shots himself.

The Woman
After Bob shoots himself go into his head and keep going left you see Laura.

Omelette
During the Fish and Parrot scene send the egg to the wrong pipe a few times so the parrot has to give you a new egg. I’ve done it by setting the pipes in a way that the parrot would eat the egg.

Arachnophobe
Complete the spider puzzle without failing. This puzzle is available from the beginning of the game and I recommend going for it right away so if you fail for whatever reason you can restart the game without losing any progress. My solutions are shown below although there is some randomness to the movement of the spider so you might need to adjust. 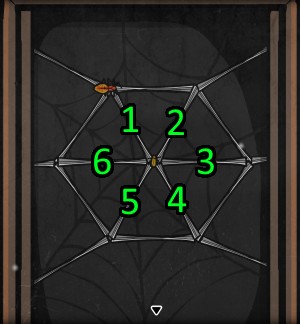 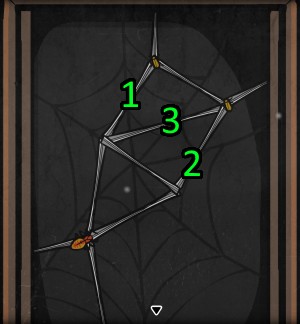 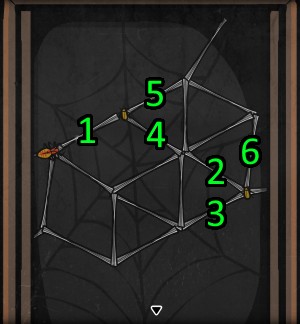 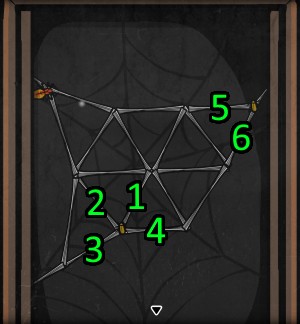 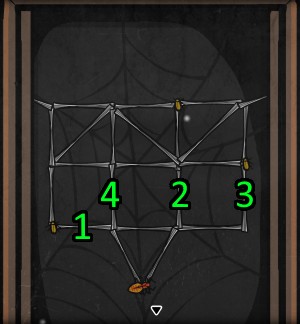 Transformation
After preparing the elixir click the mirror. Give the elixir to your reflection and keep clicking it so it transforms between human and crow a few times.

Fresh air
Story. Give the elixir to the diver.

Submarine
Story. Get into the submarine.

The story continues
You need to be on the submarine. Once you’ve entered the correct coordinates to the GPS machine and the engines are on you can use the machine on the screen to the left to travel freely to your chosen coordinates. You change the direction using the wheel under the periscope and the distance with the machine on the left of it. You need to visit three places shown on the map (hotel, cabin and chapel). At each of those places you need to look through the periscope to get new sets of coordinates. Travelling to those places and looking through the fishing window will reveal parts of the final coordinates.
Cabin: x:6 y:6 d:00 → x:3 y:9 d:50 → x:11
Hotel: x:6 y:3 d:00 → x:3 y:4 d:20 → y:5
Chapel: x:2 y:7 d:00) → x:8 y:1 d:00 → d:30
Now you can travel to x:11 y:5 d:30 and if you look through the fishing window you’ll see a box with
the RAT written on it. Enter this code into the machine to the right of the periscope and you’ll receive another box. You need to enter Dale’s birthday to open it. Dale’s birthday was revealed in Cube Escape: Paradox and it’s 18.12.30 (in the US it might be 12.18.30, I can’t check). Enter this code, open the envelope and you’ll get the achievement.

That’s all we are sharing today in Cube Escape Collection All Achievements Guide, if there are anything you want to add please feel free to leave a comment below and we’ll see you soon.