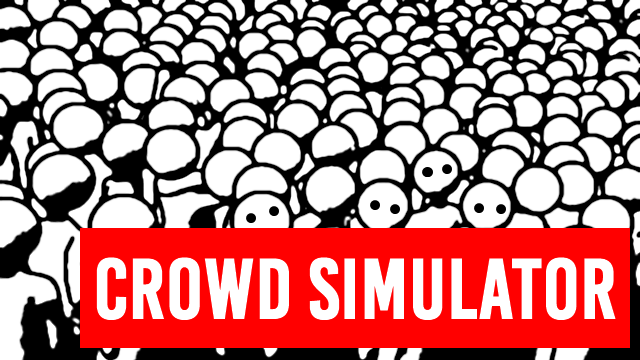 Simple guide explaining how to get the achievements.

Warning: There is currently one broken achievement in the game.

Hanging man
Catch up the bus before it stops

Level 1: What If You Can’t Get Into The Elevator

The king of office
Get on the elevator
Fairly straightforward, make your way into the elevator before it closes, just jam yourself right in there.

Escape expert
Start the lift outside the building
Pull the Number 1 sign off the wall just left of the elevator and use it to smash the bottom right pillar towards the front of the roof. Drop down to the ledge below and use the switch.

High toss act
Throwing object in high sky
Pull the Number 1 sign off of the wall just left of the elevator again and toss it off the right side of the building.

Go upstream
Go against the stream
Simply make your way towards the right side until you reach the exit.

Unexpected death
The player killed by falling object
The sign you tossed off the building in level 1 (see High toss act) should come falling down at the start of the level if you wait a couple of seconds. Simply don’t move and it’ll land straight on your head.

The King of Porters
Carrying the falling object through crowded streets
The sign you tossed off the building in level 1 (See High toss act) should come falling down at the start of the level if you wait a couple of seconds. Pick it up and make your way through the level as normal.

Like sardines
Getting on the subway
Make your way into the train before the door closes.

Dead sardines
Killed by the subway
On the far right of the level is the number 3 sign, pull it downwards and a path will open, simply jump in front of a moving train.

As a squirrel
Getting out of the subway
Make your way to the bottom left corner of the train and go out when the door opens.

Level 5: How To Catch A Bus Gracefully

Hanging man
Catch up the bus before it stops
Move slightly to the right to avoid the crowd and run straight towards the bus and grab it.

Parkour master
Get out of town
Same as the previous achievement, go up the elevator again and move to the left side of the roof and spot the narrow ledge below you. Carefully drop down to the ledge and make your way across to the neighbouring rooftop.

Robbers
Drag the safe out the door
Go to the north-east corner of the shop until you see the safe and pull it out the front door of the building.

Bear toy collector
Take the bear toy out of the door
There’s a bear toy on top of a cabinet near the entrance to the store. Grab it and pull it out of the store.

Claw Machine collector
Take the claw machine out of the door
In the north-west corner of the store is the Claw Machine, grab it and pull it out from the store for the achievement.

Sacrifice
Push everyone into the black hole
This is a secret level that you can find the entrance to around the back side of the store. You’ll need to bring a shopping cart with you, and there you’ll find a button that needs to be pressed down in order to open the secret entrance. Put the cart up against the button and a hole will be revealed, jump down and you’ll enter the secret level. Once you’re down here simply push all the guys standing around the black hole into it.

Rush Hour
Get your car out of the traffic jam within 150 seconds
You can either make your way through the normal route, or you can reverse at the start and use the shortcut.

Racer
Use a shortcut to get out of the traffic jam area
Instead of going upwards at the start of the level, drive downwards until you see a slope. Drive up the slope and jump on top of the walls. From there just drive upwards until you reach the exit.

Best Shooter
Player kicks a goal
Not much to say here, just try to get the ball into the goal. Occasionally, the ball will get stuck in a pile of guys so don’t hesitate to restart when that happens.

Blitz
Kick a goal within 20 seconds
This one might take a couple of retries until you get lucky. Just try to rush the ball as soon as you can and push it towards the goal.

Best Assist
Others kick a goal
This one will probably take a couple of retries as well. You could just stand still and hope for the best, or you can attempt to help the bots by lining up the ball in front of the goal for them.

The Sea of Sheep
Get out of the Sheep Pen
This is a fairly simple level, just make your way through the horde of sheep.

Hundred enemy
Kill 100 robbers
Very straightforward. Defend the sheep while smacking all the enemies that come running towards them from out of the forest.

Last survivor
Be the last survivor
Push the other guys off the floating iceblock, but watch out for the whales.
Written by Dreki and Tordah