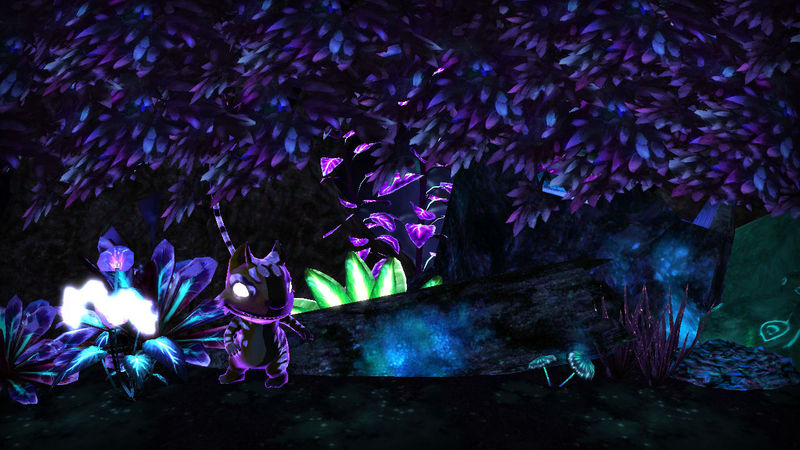 Left and Right Arrow Keys (← → ) – Move left or right, swing while on vine.
Up and Down Arrow Keys (↑ ↓) – Climb up, pull up on platform. Climb down, descend off of platform.
Spacebar – Jump (Double spacebar for Glidey to glide.)
F – Special Skill

D – Switch character (can only be done at beginning of stage or at checkpoint). 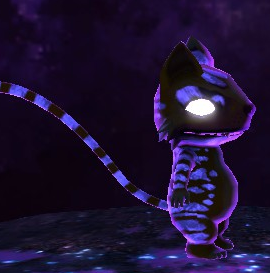 Bitey is the cute little cat creaVure you start with at the beginning. He can run pretty fast and make long jumps. He can also bite onto fruits to climb or to help other creaVures reach far places. With his average jump and quick speed, he can get most of the platforming done. You can count on this feisty, friendly feline to make friends and overcome almost any obstacle!

Unlocked At:
Beginning of game.

Special Skill:
Bite (snap jaws to scare enemies in front of him).

Strengths:
-Bites onto fruit to create a swinging tail for others to use.
-Runs quickly.
-Jump at fair distances.

Weaknesses:
-His bite can only be used for animals in front of him to scare them.
-Cannot jump well while in water. 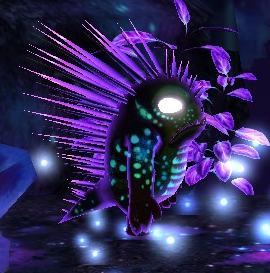 Pokey is a hefty porcupine and the second creaVure you meet in the game. He’s much slower than Bitey and might need a hand or two to get around. Pokey can create a ladder with his quills in some designated spots, indicated by coming across quills already on the wall. One of Pokey’s strengths is he is able to scare animals with his quills from long distances and while swinging on vines. It’s best not to poke around with this guy!

Strengths:
-Uses quills to create a way for creaVures to get up.
-Scares animals from long distances, especially in air. 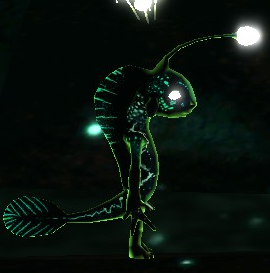 Zappy the lizard is the third creaVure you come across in the game. He can illuminate dark areas with his electric shock and rid of dark barriers by lighting up ghost mushrooms. With his height as well, he can reach some areas where Bitey cannot. However, his electricity may be his worst enemy if he does not tread lightly. With great (shocking) powers come great responsibility!

Unlocked At:
Beginning of Chapter 3, Level 1.

Special Skill:
Electric Shock (Use to light up ghost mushrooms to open paths and to scare animals around him.)

Strengths:
-Can jump normally while in water.
-The tallest of all creaVures.
-Can use his electric shock attack to light up ghost mushrooms and scare enemies around him.
-Can illuminate some dark areas while walking. 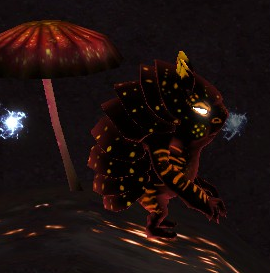 Rolly is a hybrid armadillo and the fourth creaVure you come across in the game. Like Pokey, she also moves slow and has trouble getting around heights and platforms. When it comes to underground areas, however, she gets around easily with no effort at all. She can break through piles of rocks and roll under small spaces with threatening animals. Whatever problem she has on the ground, she just rolls with it.

Special Skill:
Roll (roll to bypass and scare enemies or to destroy piles of rocks.)

Strengths:
-Can roll to destroy piles of rocks.
-Can simply bypass threats on the ground while rolling. 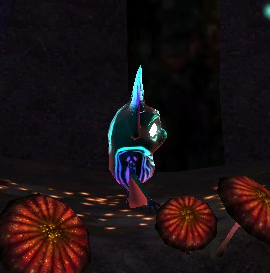 Glidey the bat is the fifth and last creaVure you meet in the game. He is the smallest character in the game and pretty feeble against attacks. He holds a special skill that is a game changer, however. Glidey has the ability to glide across long distances and is able to hop onto other characters to help them get across, which is especially useful for Pokey and Rolly. He may not be able to defend himself against other animals, but Glidey proves that big things(skills) come in small packages.

Unlocked At:
During Chapter 4, Level 3.

Achievements are ordered in which they can be obtained.
Be a Pokey-mon Master

Achievement Description: Meet Pokey.
How to get: You will meet Pokey once you get to the end of Chapter 1, Level 1.

Achievement Description: Collect 100 total motes
How to get: Collect a total of 100 motes. The earliest you can reach this amount is completing Chapter 1, Level 1.

Achievement Description: Collect 25 essence
How to get: Collect a total of 25 essence. The earliest you can reach this amount is completing Chapter 1, Level 2 (with some missing on that stage of course).

It’s comin’ right for us!

Achievement Description: Hit an enemy outside the field of view with Pokey.
How to get: Use Pokey’s special skill (‘F’ key) to scare off an enemy off the screen. The best one to do it with is with the birds flying. Simply keep shooting until the achievement unlocks. Sometimes the field of view can be weird, so you may unlock it while viewing or partially viewing the enemy. The earliest you can get this achievement is Chapter 1, Level 2.