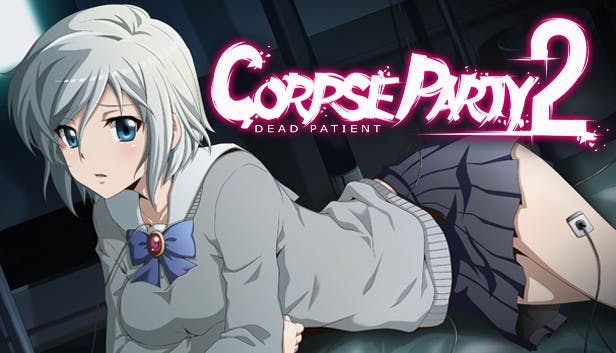 Here is a simple guide to finding the Medical Records in Corpse Party 2 : Dead Patient.

These section contains the Medical Records as they are found for Chapter 1.
Again, this contains Minor Spoilers. This is not a detailed walkthrough, but does reveal which rooms in which order you are meant to go, as well as what events may occur.Beginning:
3 – Left side of the room, on a table.
24 – Immediately exiting starting room, in the bottom-left corner of the short hallway.
12 – After the character calls out for help in a short cutscene, got to the potted plant and move it.
7 – Following the path around the balcony to the left and then down.
15 – Head North past the save point. Cutscene will occur with the directory, before finding the Locker Room. Inside this room, on the far right, on a table is this record.
26 – On the room attached to the Locker Room is the Laundry Room. Move the potted plant on the North Wall.
18 – Exit Locker Room, following the path right and then down. Located underneath the stretcher blocking the path.

Office and beyond:
29 – Under the potted plant, left-hand side.
5 – Exit Office’s left-most door and head down then right until you reach the dead end. It is under the top potted plant.
4 – Head left until you hit a dead end.
2 – Do not go into the stairway, head South. On the top most set of cushions around a pillar.

1st Floor:
28 – Head South and then left to reach the FEMALE bathroom. Last stall on the right.
25 – In front of you upon entry to the Pharmacy.
14 – Potted plant in the South part of the Lobby.
1 – Top-right most set of seats, in front of the Reception Desk.
6 – Top-right set of bathrooms. Second cubical in the FEMALE bathroom.
30 – Chair facing you as you enter the Entrance Hall.
10 – Underneath the potted plant on the left of the Hall.

After Meeting Ritsuko:
19 – Elevator. Top-left corner.
20 – Around the right-hand corner from the Nurse’s Station (Can be obtained during the ‘Crutch’ scene or when a party of four).
23 – Head North at first intersection in the ducts.
13 – Head North at second intersection in the ducts.
17 – Immediately behind you after leaving the ducts.
27 – Top-half of MRI Room, underneath the stretcher.
9 – Top-half of MRI Room, on the table in the bottom-left corner.
16 – Bottom-half of MRI Room, in front of your character.
21 – Emergency exit upper staircase.
8 – During ‘Big Boy Battle.’
22 – 1st floor, bottom-left MALE bathrooms. In the second cubical.
11 – 1st floor, top-right MALE bathrooms. On the shelf above the urinals.

These section contains Chapter 1’s Medical Records in Numerical Order, with the patient’s name and reason for admission. This is only for flavour. There are a few spelling/grammar errors that are directly copied over from the game.