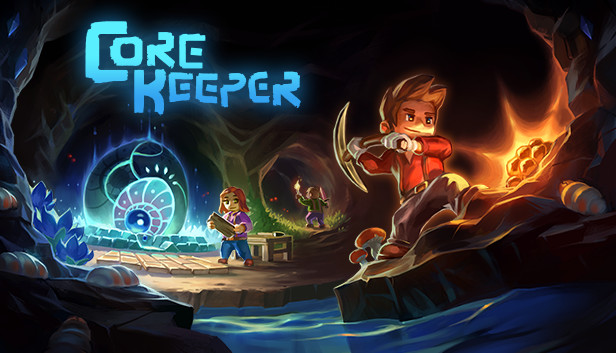 For Core Keeper players, this guide will show you some pretty basic rooms I designed to give me the drops and xp I need while hanging around my base. I show some photos you can get an idea from. I will update this guide with more farms as I build them. 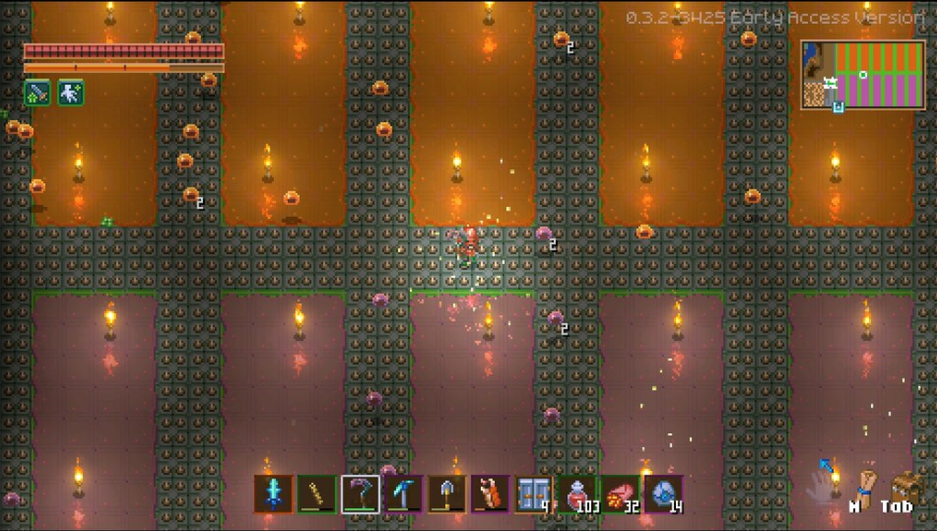 If you want your room to only collect drops over time, you can design it like this. Requires 1 tin per spike trap and 1 spawn item (orange or purple slime shoveled from ground/larva ground/mold ground) Slime will spawn even if spike traps are over them but I do not like having to have the set to remove slime slowness and poison. I am not sure if other mobs spawn on spikes but I believe they do. If you wish to farm for cavelings you must be near or in the forgotten ruins as far as I know.

There are 8 4×16 purple slime spawns and the same of orange slime spawns. I have made over 500 potions from the slime here. Make the room and spawning areas as large as you want to make it. The double layers of spikes kill the purple slime much faster than 1 layer can do. Orange slime do not need this but I’m not going to make a separate room yet or make this part of the room look different just to save some tin. Keep in mind that this room design is not just for slimes which is why I chose the design shown. This room works for all spawns but biome specific mobs have to have the farm located in that biome (cavelings, farmers, caveling snipers, shamans, groot or whatever big guys name is, etc)

I may eventually make this room larger and just cover the entire floor in slime floor and conveyor belts and have a small auto kill area because you get more per bar used. (10 per 1 iron 1 scarlet if maxed out the perk in skill tree under crafting) plus you no longer have to run around to pick up the drops. Most likely I will leave this room and build another slime farm more than a couple screens away. 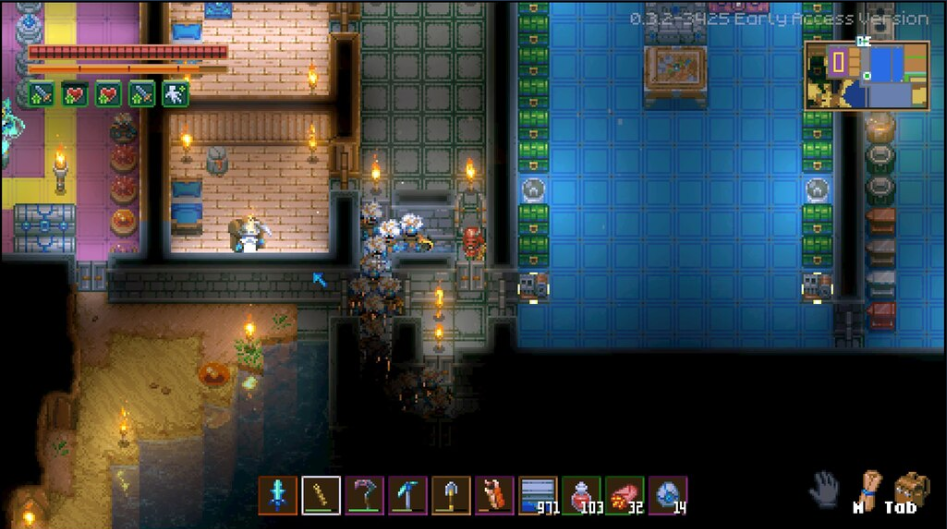 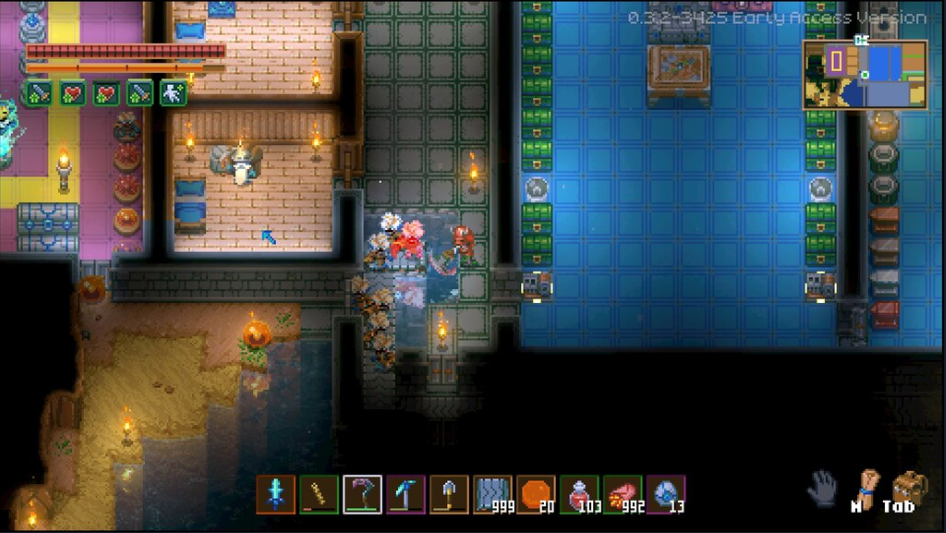 If you wish to get xp, this is the way. At least this way you can have mobs pile up in front of your doorstep or in a window inside your base and safely melee and range them. If you want more xp and less drops (only melee and ranged, not HP), switch to bad gear and respec your stats but dont allocate any stat points. I mainly use the blowpipe as I am training 100 ranged. Two similar kill chambers are shown. Don’t get too close to the door or they will break in. If you let too many pile up the conveyor they will get stuck but they are easy to kill. Make the path a bit wider if they get stuck too often but this works for me. 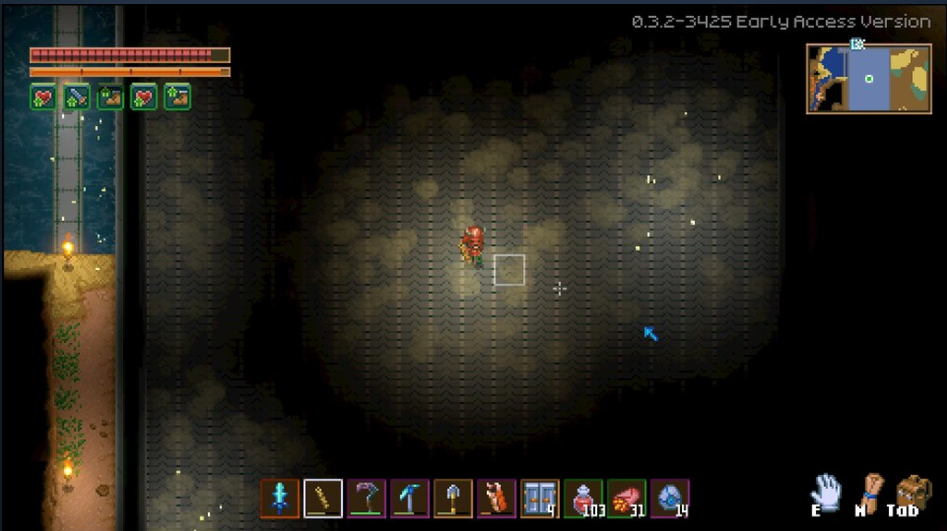 The inside of this is 20×32 but I am going to extend it to 32×96. I’m just collecting the mold ground. I can post a guide on the fastest way to obtain a lot of mold ground if enough people are interested. 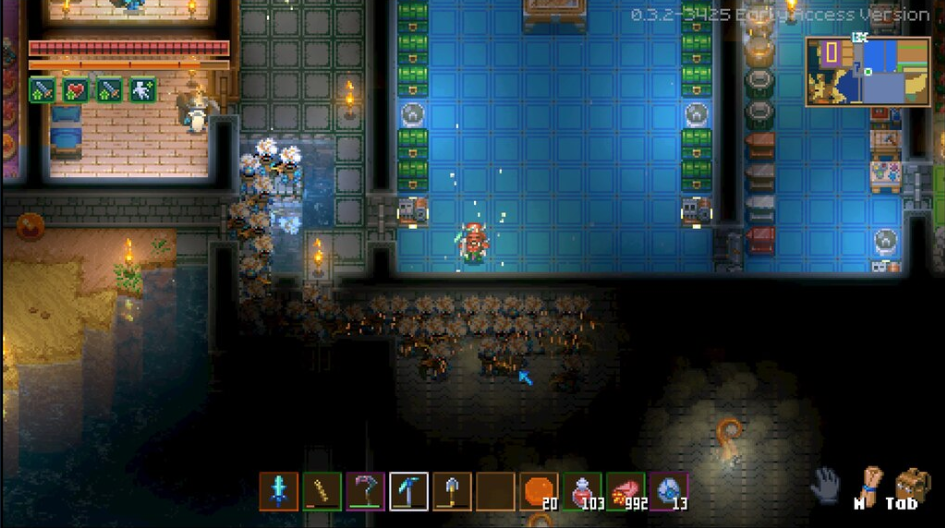 Here is less than 10 mins of staying near my base without killing any mobs. Unsure what the mob cap is.

READ:  Core Keeper How to Spawn New Bosses
That’s all we are sharing today in Core Keeper Farming Guide for Drops & Experience, if you have anything to add, please feel free to leave a comment below, you can also read the original article here, all the credits goes to the original author Senpainick