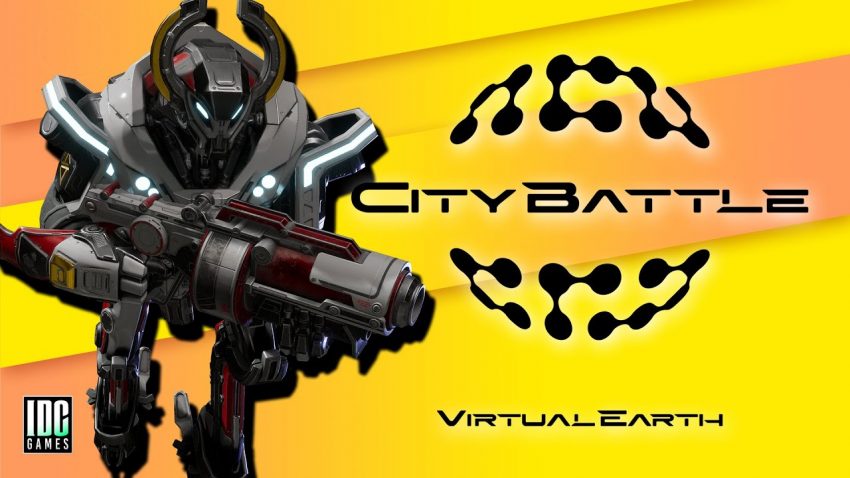 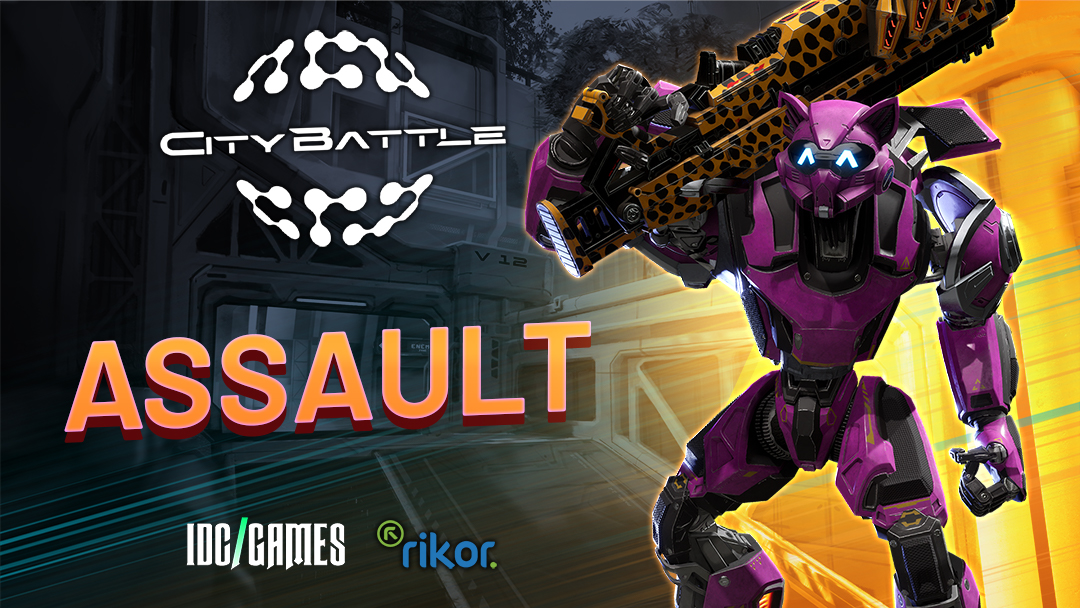 The Assault inflicts damage per second thanks to his weapon, the Avalanche, with which he can fire an energy beam to inflict damage in a continuous way or launch remote-controlled plasma missiles. The objective of this class is to finish off the enemies as soon as possible while flying and falling on their enemies to inflict area damage.Role: AttackSkills:- Flight: the Assault can gain altitude and fly by consuming fuel. Fuel is gradually replenished over time.
– Meteor: the Assault drives down dealing area damage when the collision with the ground occurs. Meteor’s damage depends on the height at which it is activated. If it is activated when the Assault is not flying it would inflict the minimum damage. Holding down the activation key allows to aim the dive better.
– Dash: quick horizontal dash in the cursor direction.
– Avalanche: high-tech plasmagun which can shoot an energy beam or plasma missile volleys. With LMB the energy beam is shot. With RMB it launches a volley of 3 plsama missiles and holding RMB you will be able to guide the missiles. 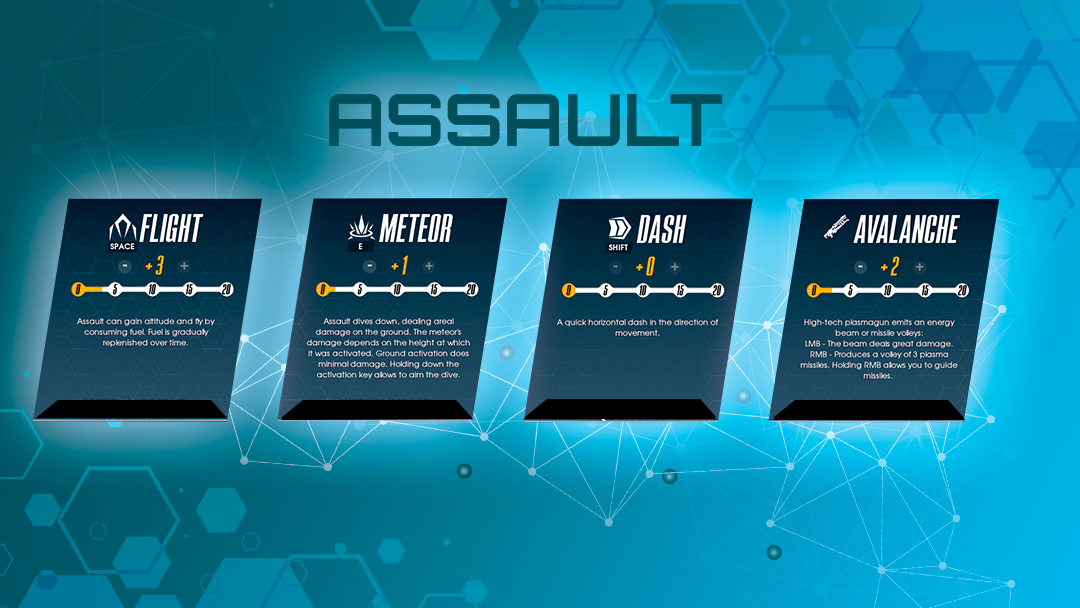 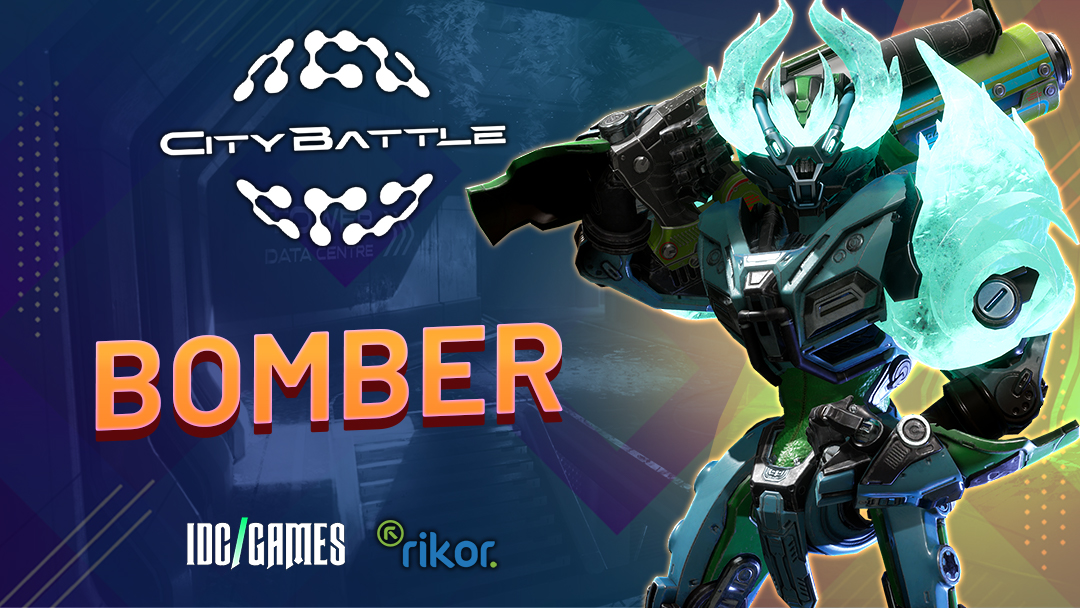 The Bomber inflicts damage per second thanks to his weapon, the Hail, and his mines. The main objective of this class is to keep away the healers and the rest of DPS classes to control the map so that his team can reach the victory.Role: ControlSkills:- Tornado: launches a projectile which creates a vortex that pulls enemies in and deals damage. Vortes is created upon projectiles collision with objects, enemies or by pressing again the activation key.
– Barricade: creates an energy barrier in front of the Bomber blocking the enemy fire. The barricade dissapears after a few seconds or when receiveng critical damage.
– Afterburner: Bomber quickly flies in the direction of the mouse cursor spending fuel. Fuel is restored gradually.
– Hail: grenade launcher effective to inflict damage and for crowd control. With LMB it shoots grenades that rebound from surfaces and explode upon contact with the enemy. With RMB it launches sticky mines that can be used as traps or to inflict direct damage.
READ:  CityBattle | Virtual Earth (EU): Interface and Menu Guide 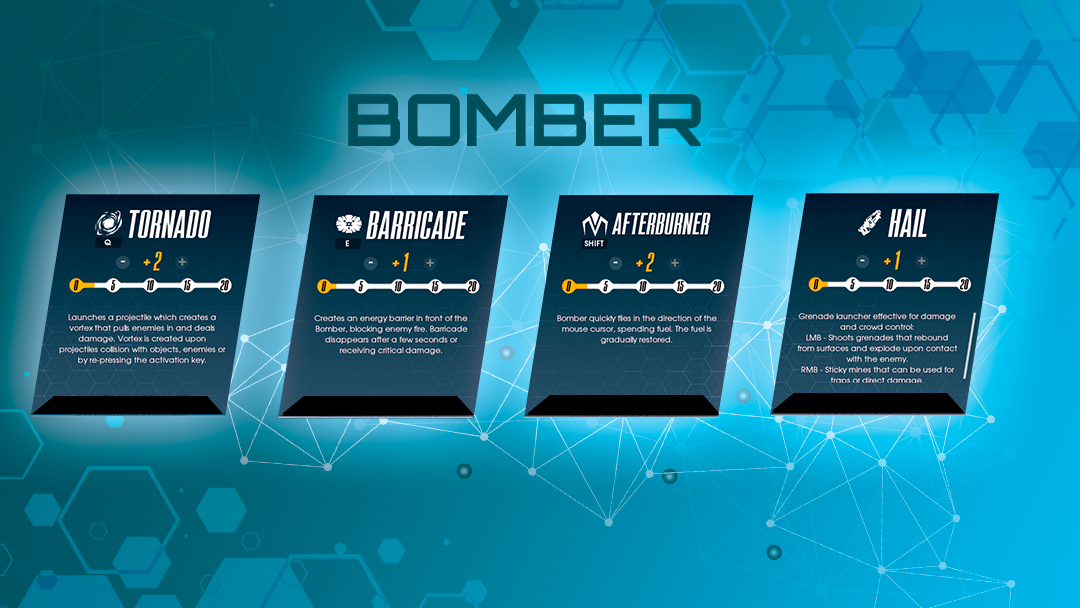 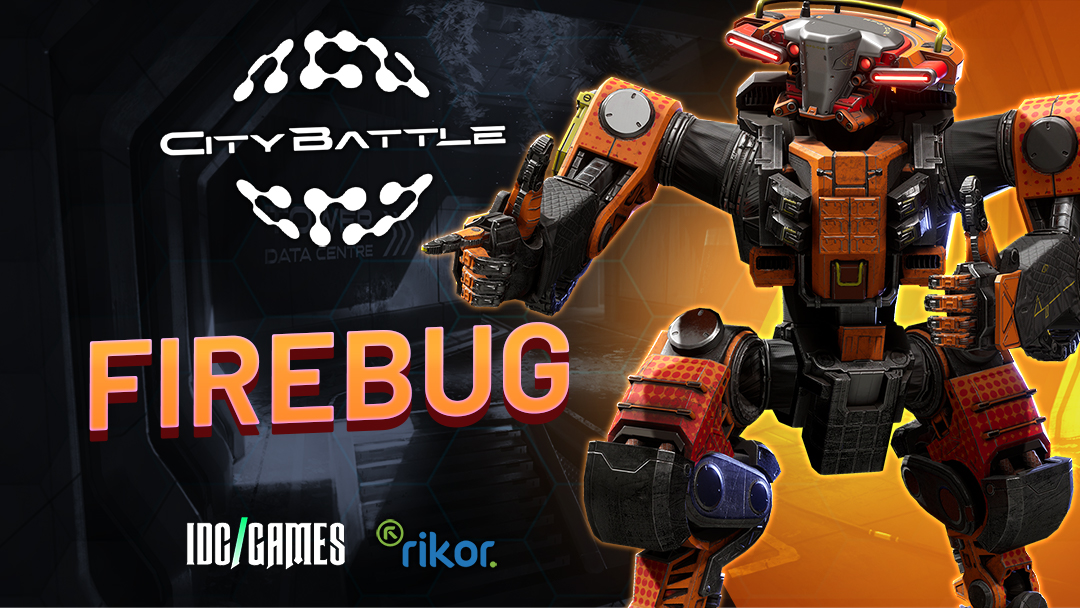 The Firebug is in charge of scorching his enemies by wielding his weapon, the Inferno. The main goal of this class is to inflict area damage to kill as many enemies as possible with just one hit.Role: AttackSkills:- Second chance: the Firebug can recover durability by using second chance’s charge. Charge is accumulated by dealing damage or destroying enemies. If the charge is 100%, then lethal damage does not destroy the Firebug but consumes all the charge by fully restoring its durability.
– Shockwave: deals massive damage to all the enemies withing a radius around itself. There is a short delay between the activation and the explosion.
– Leap: the Firebug makes a powerful leap dealing area damage at the landing point.
– Inferno: deals high damage and overheats enemies making them more vulnerable to all attacks. With left mouse button, Mode 1, emits a stream of fire that inflicts damage and overheats the enemies. The the right mous button, Mode 2, it charges a fireball. When it is fully charged, the fireball completely overheats the enemy and inflicts a great quantity of damage. 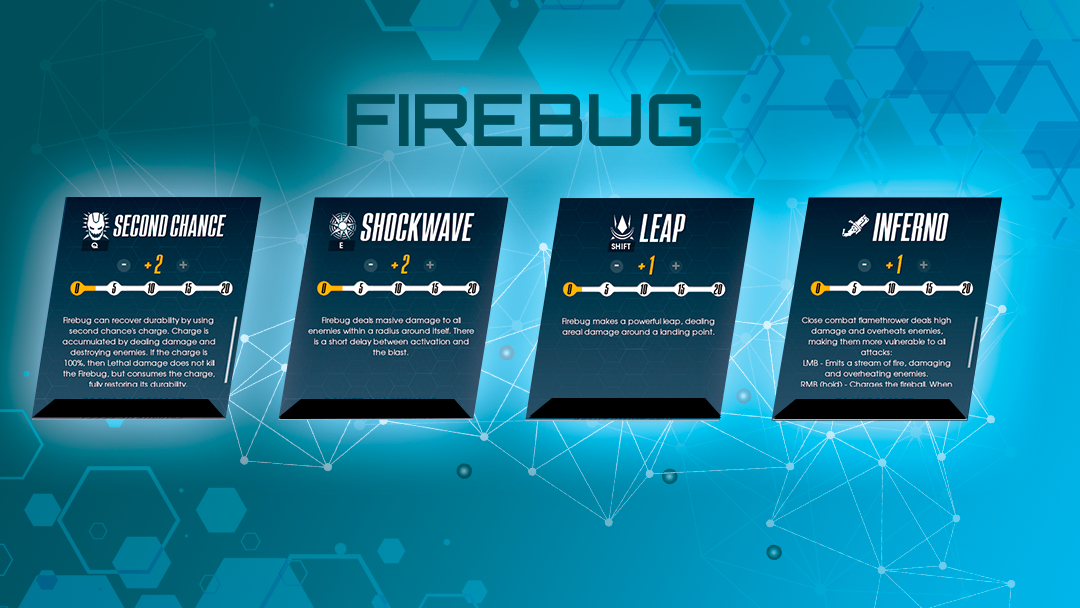 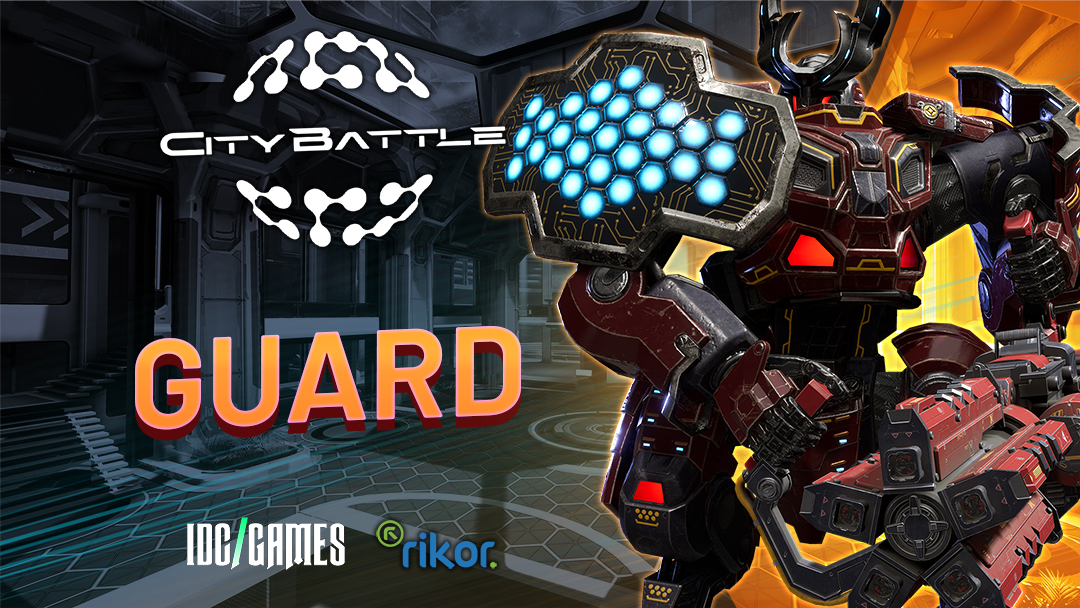 The Guard is a completely armored robot in order to be able to resist as much damage as possible and protect his teammates as efficiently as possible.Role: DefenseSkills:- Shield: projects a force shield that protects him and his allies. The shield has a certain durability.
– Ram: Guard charges forward. Upon collision with enemies an explosion occurs stunning and dealing damage to them.
– Laser: deals damage and temporarily reduces the damage inflicted by the enemies. Damage received by the Guard or his shield is converted into Laser charge.
– Blast: the Minigun has two different fire modes in order to inflict damage from different ranges. 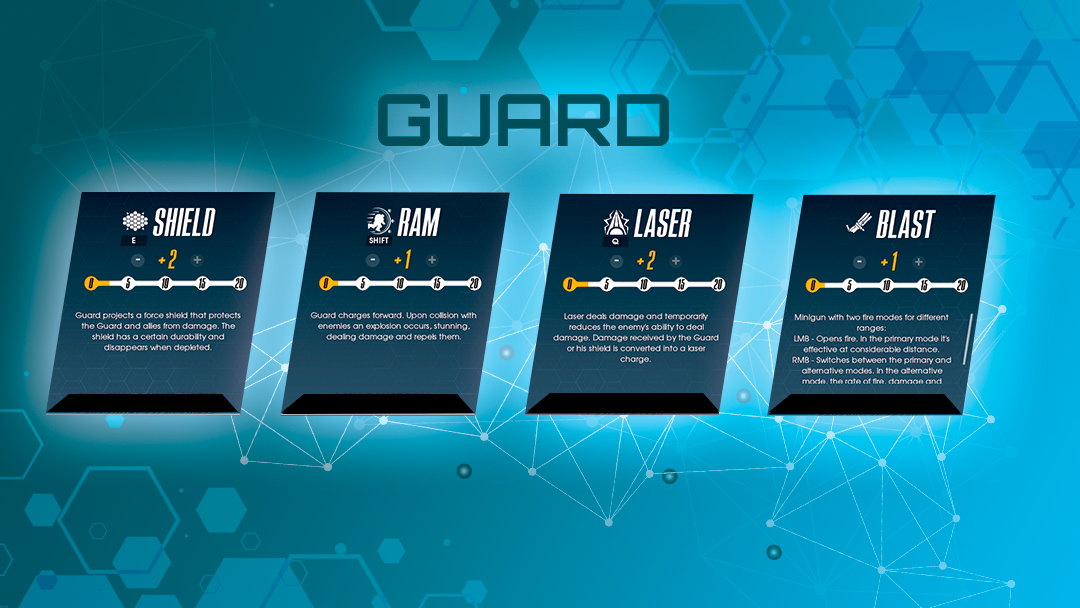 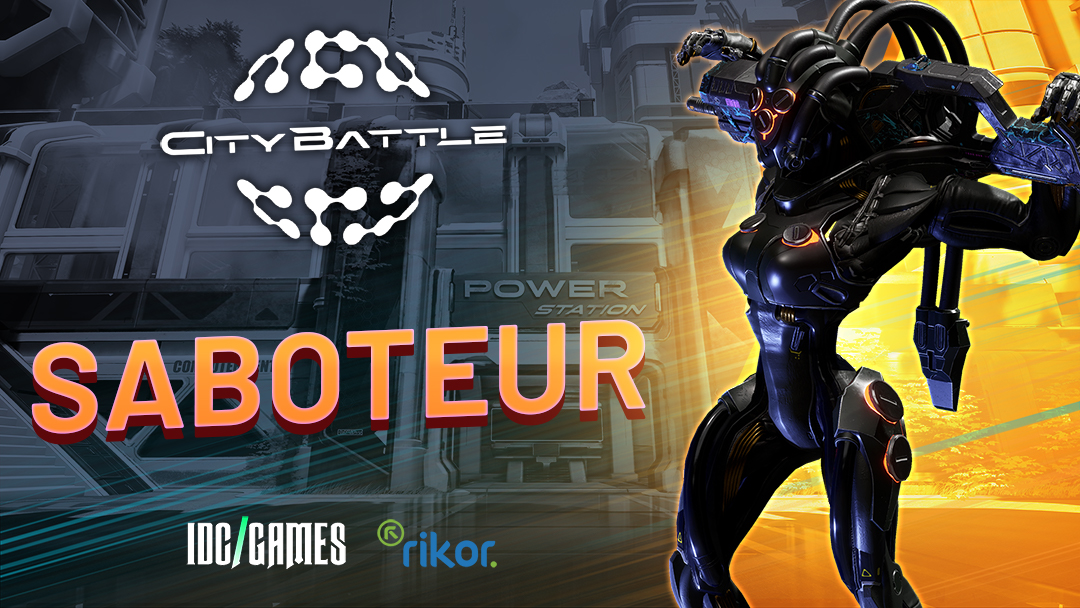 The Saboteur is an elusive DPS that is responsible for locating the hidden enemies to end them as quickly as possible with his weapon, the Smart, and with his deadly grenades. The main objective of this class is to discover the positioning of the enemies to give information to the rest of the team so they can attack them mercilessly.Role: AttackSkills:- Blink: the Saboteur teleports to a specified point at a short distance. Holding down the activation key allows to select the point more precisely.
– Scanner: saboteur scans the area within a certain radius around in order to detect hidden enemies and highlights them to be able to go to their position to attack them.
– Grenade: throws a grenade that explodes after a short period of time or if the enemies get close to it. It inflicts damage and slows the enemies affected.
– Smart: this assault rifle is especially effective in combat with mobile targets. With LMB it offers a high rate of fire with bonus damage at close range. With RMB it offers high precission but the rate of fire and the damage per shot are reduced.
READ:  CityBattle | Virtual Earth (EU): Interface and Menu Guide 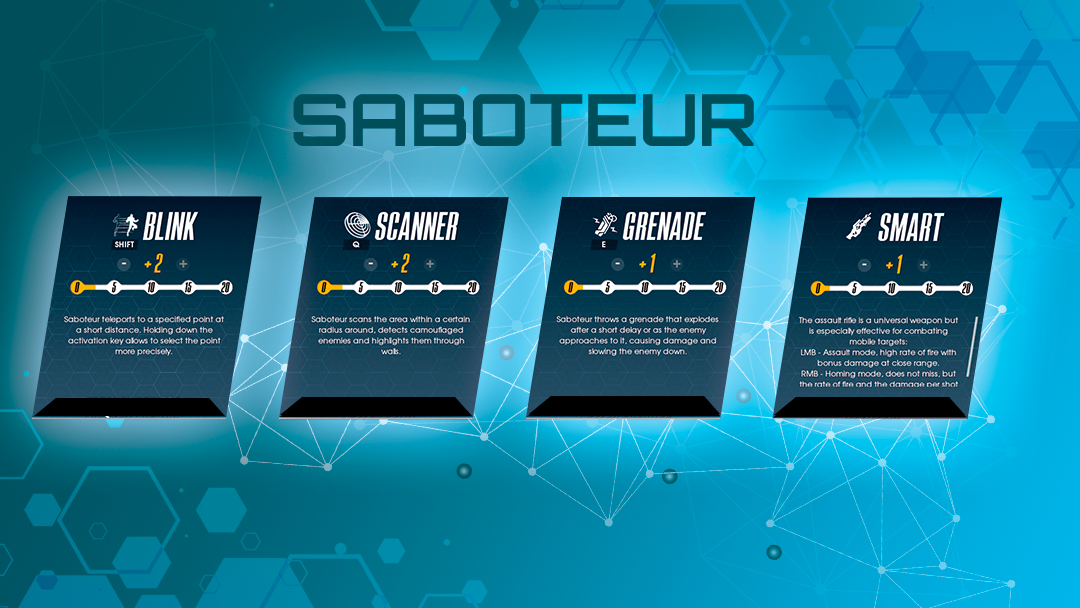 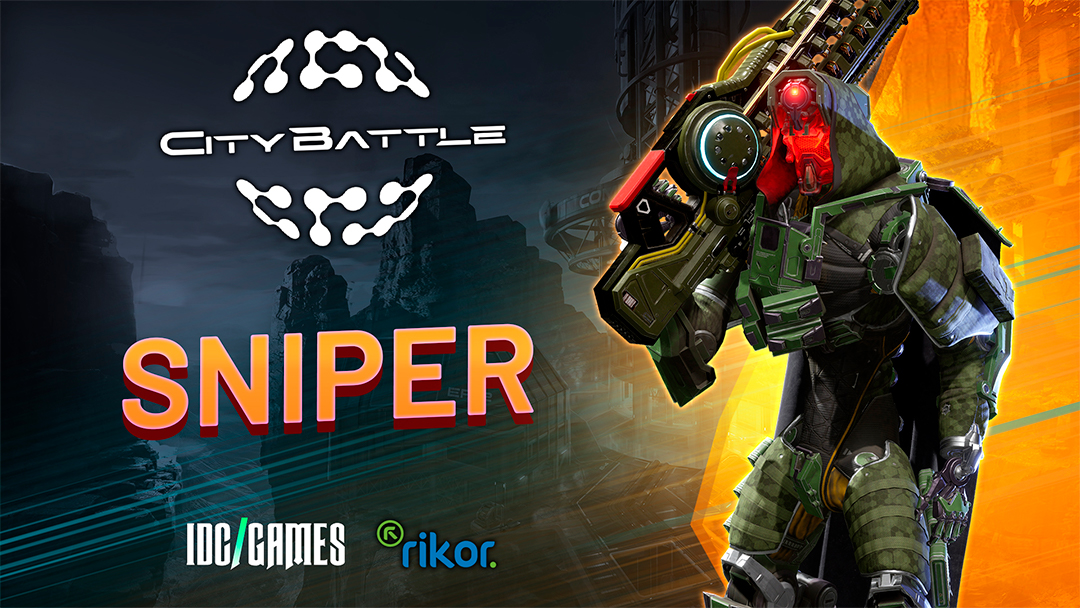 The Sniper is in charge of finishing off damaged enemies before they can escape or crush them alone from a strategic position. The objective of this class is to cause the greatest number of deaths in the enemy team and prevent damaged enemies from escaping to recover themselves with his rifle, the Guillotine.Role: AttackSkills:- Cloak: while cloak is active, the Sniper is almost invisible to the enemies and his movement speed gets increased. Shooting or taking damage turns the cloak off.
– Recall: the Sniper place a special beacon on the map. While it is active, you can instantly move to it from anywhere in the map. The beacon can be returned by holding the activation key.
– Decoy: the Sniper creates a temporary doppelganger that fires at the enemy forces, distracting and slowing them. Holding down the activation key allows to select the Decoy’s position more precisely.
– Guillotine: powerful railgun with sniper scope. With LMB, in Mode 1, it shoots inflicting average damage with a moderate rate of fire. With RMB you will enter Mode 2, so you will be able to shoot more precisely and inflicting a high quantity of damage. 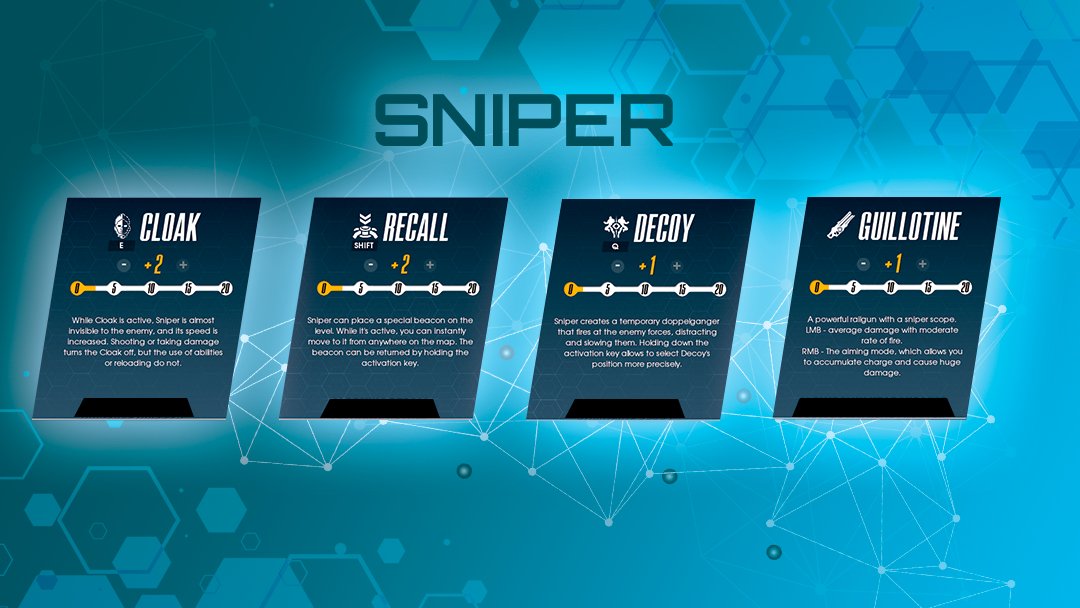 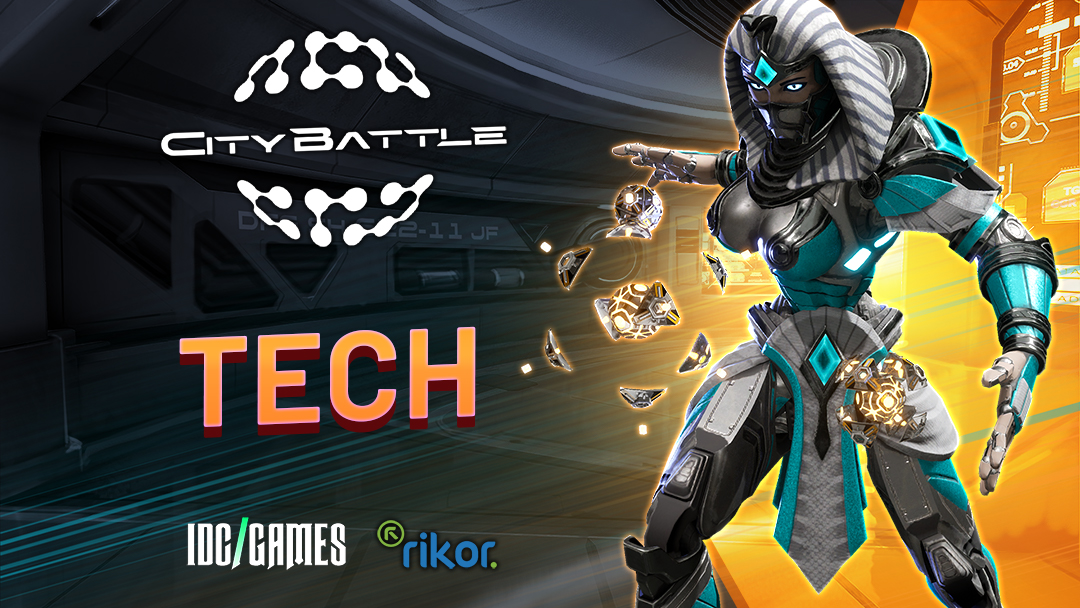 Tech is responsible for protecting and repairing allied robots. The objective of this class is to keep allies alive for as long as possible using the repairing beam of his weapon, the Swarm, with which he can also shoot spheres that inflict damage in order to defend against enemy attacks.Role: SupportSkills:- Mass repair: the Tech creates a zone where him and his allies restore durability. Consumes spheres.
– Impulse: throws back enemies in front of the Tech and inflicts damage. If an enemy is thrown into an obstacle, he will be stunned and he will receive extra damage. Consumes 2 spheres.
– Teleport: quickly teleport the Tech to any selected ally even through walls. Consumes spheres.
– Swarm: homing plasmagun with repair function. With right mouse button produces slow homing spheres that inflict high damage. With right mouse button shoots the repair beam to the selected ally.
READ:  CityBattle | Virtual Earth (EU): Interface and Menu Guide 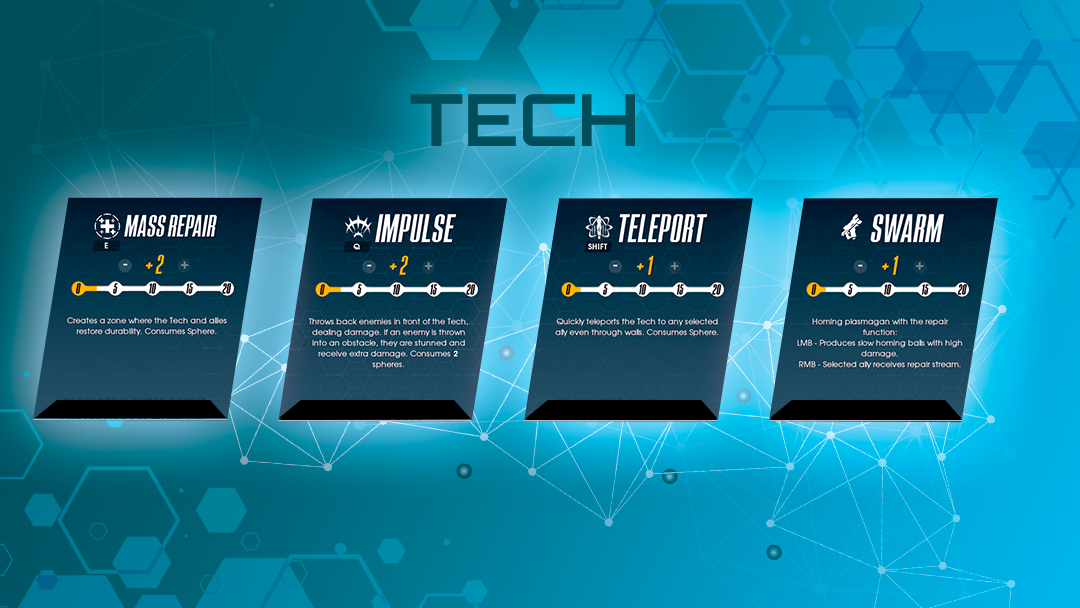