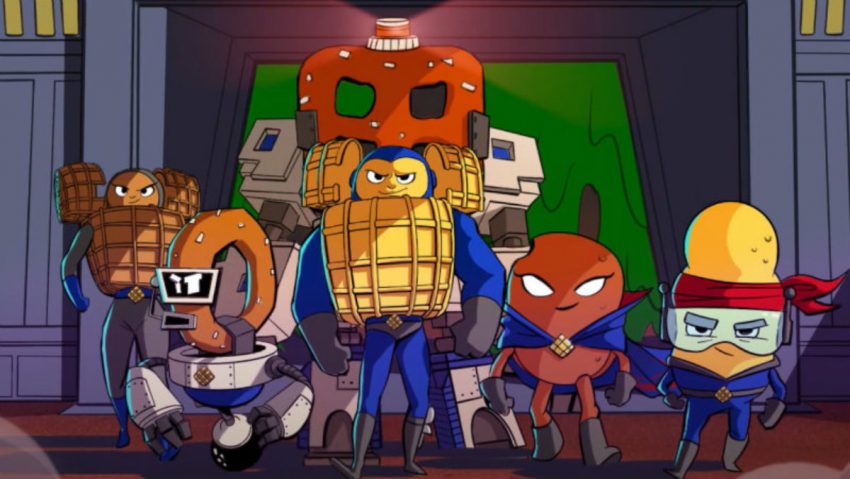 If you play Chex Quest HD and look for all the well-hidden secret terminals in the game., this guide was created to help you, let’s check it out.

The first one comes shortly after you start. Once you open the floor grate and drop down it is on the left in the alcove where a flemoid was hiding. 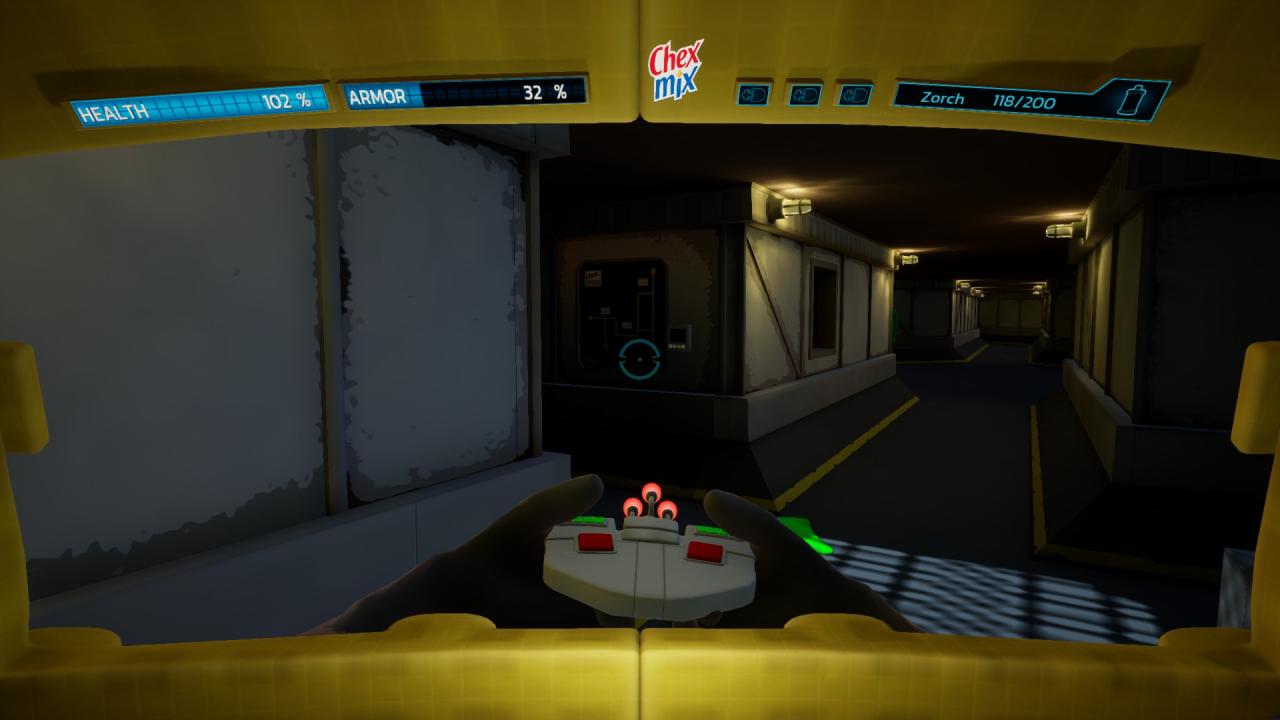 Press the action key on this wall device to reveal the first secret.

The second one is through the red gate in the area with the second spaceship. 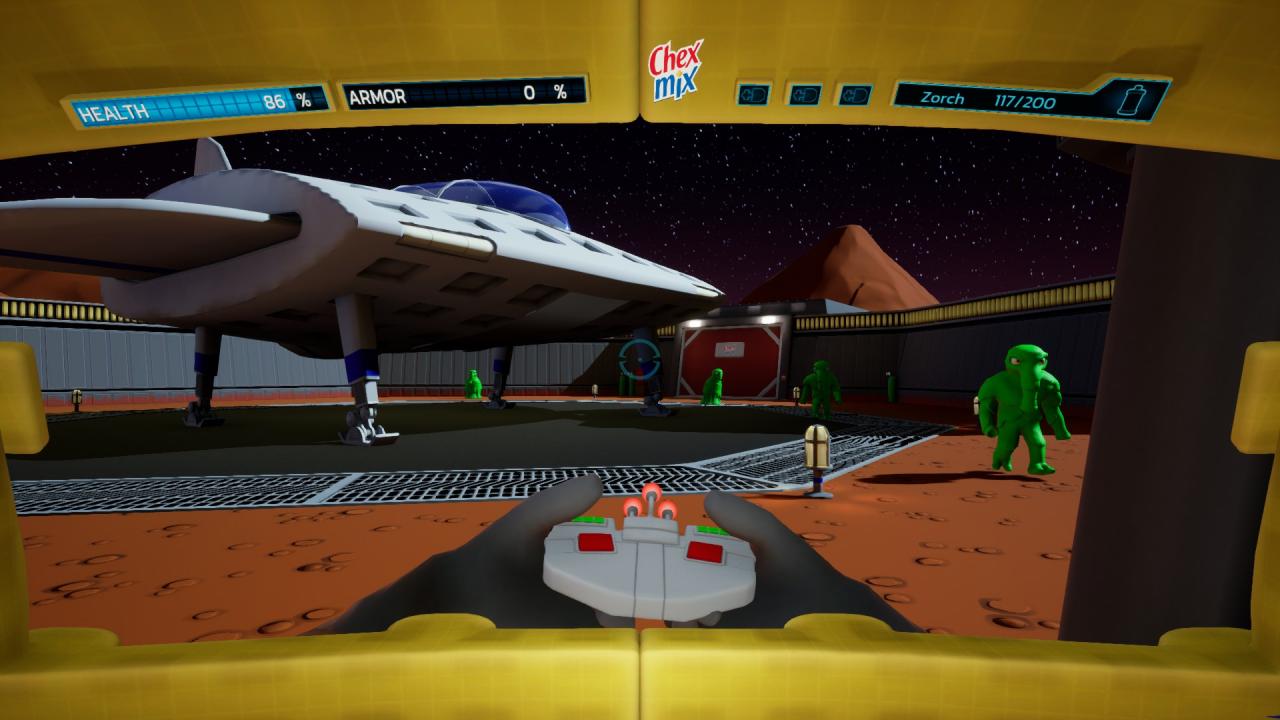 Go through that red gate and there will be another wall device. 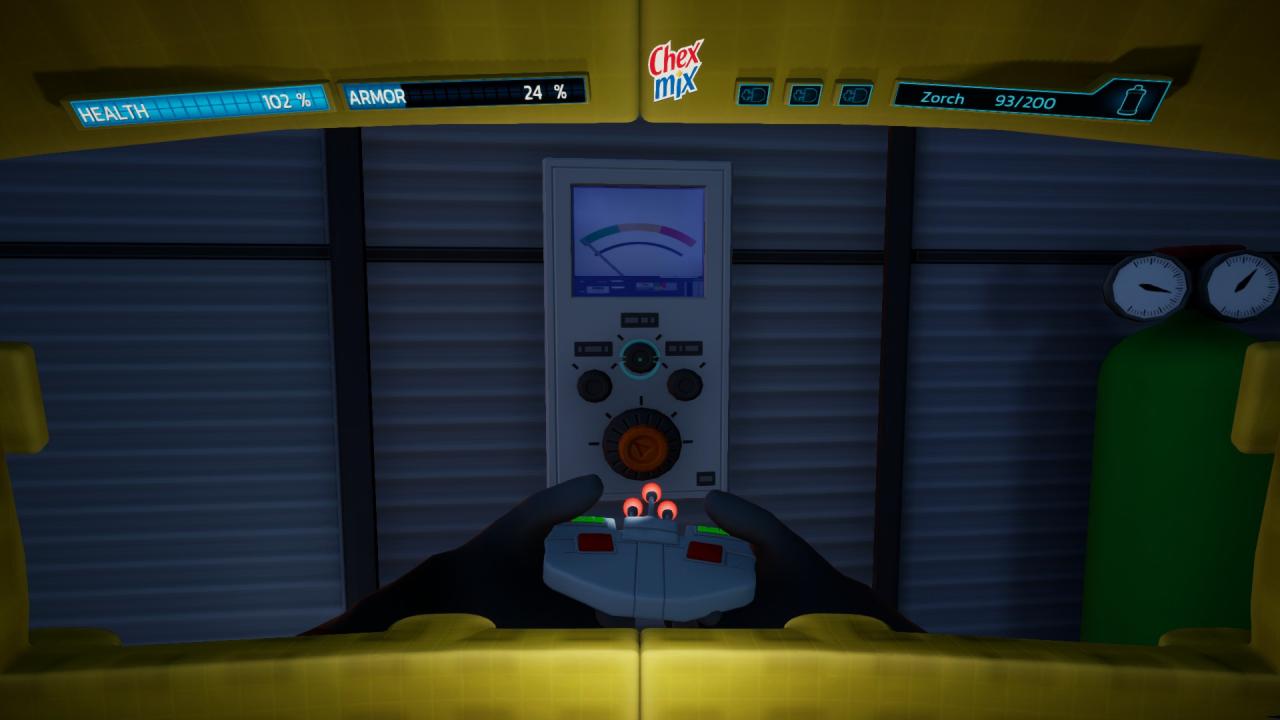 Press the action key on this device to find secret #2

The third secret is in the room that you opened with the blue key. There are two display cases with space rocks in them, one of them has a grate above it. Jump onto the display case and use the action key to open it and find the secret. 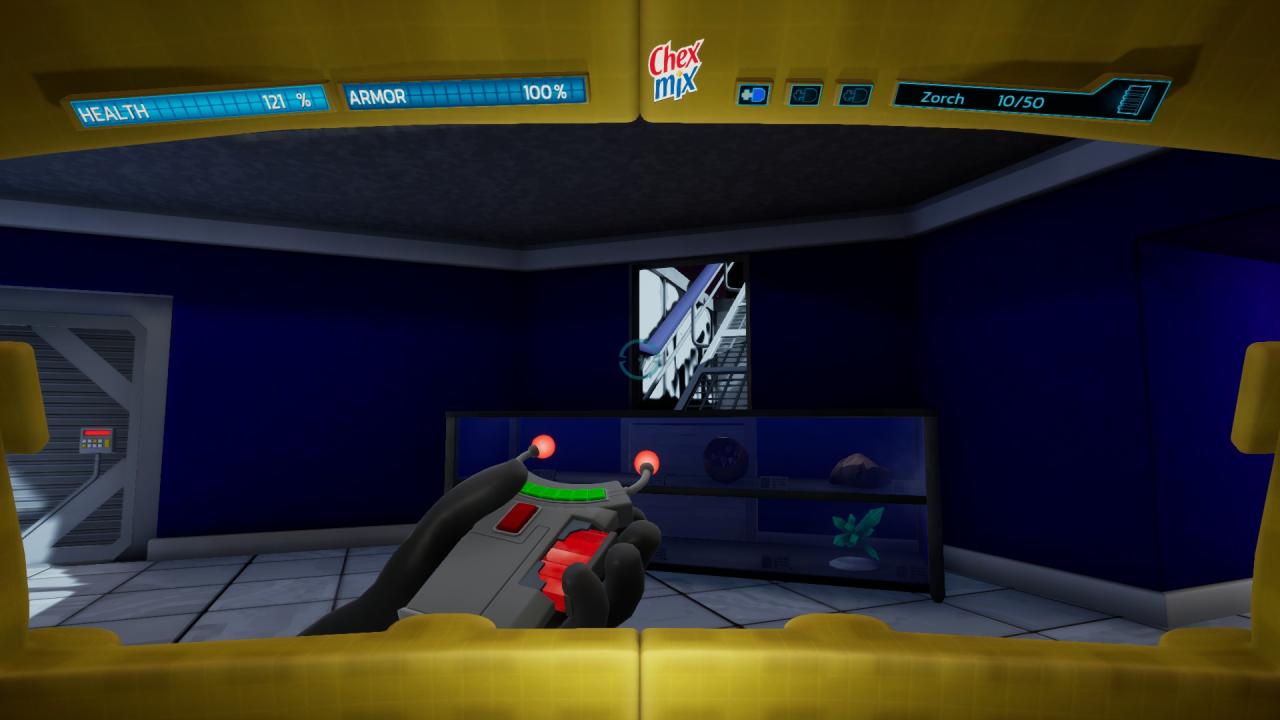 The final secret is in the last room of the big spaceship. There is a control panel that when interated with reveals a secret hallway. 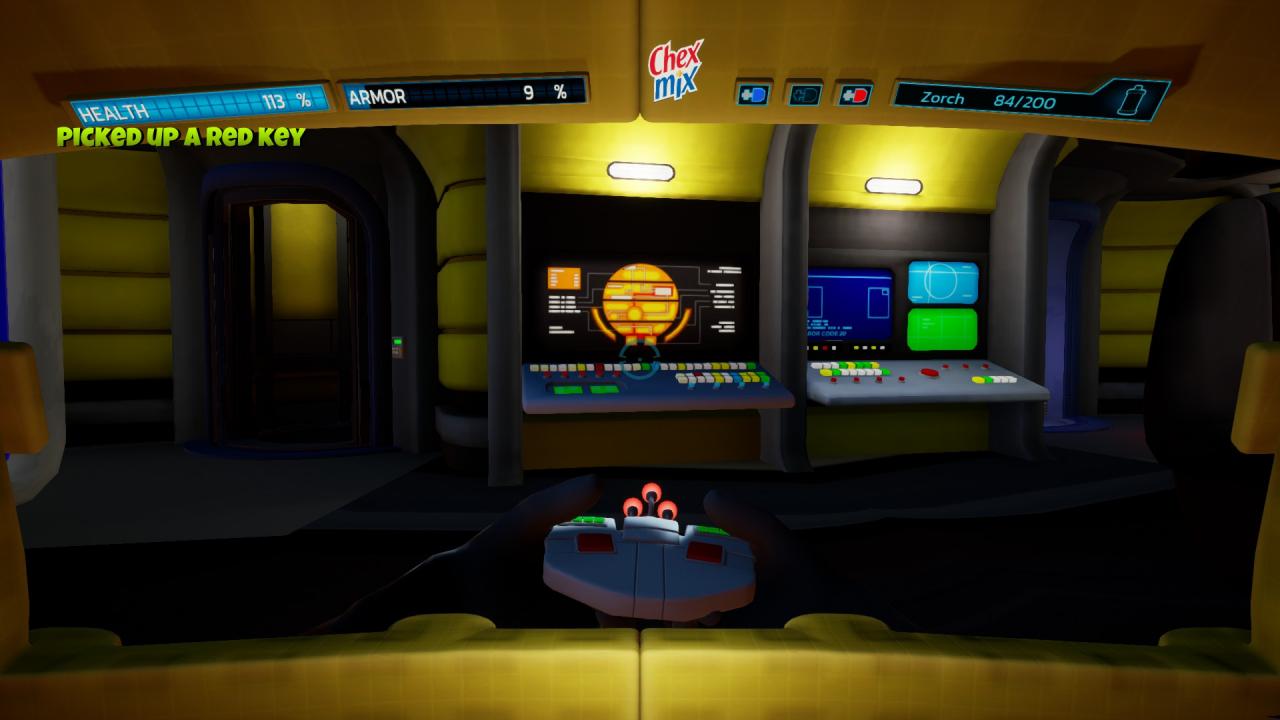 Follow this hallway all the way down to find the last secret terminal. 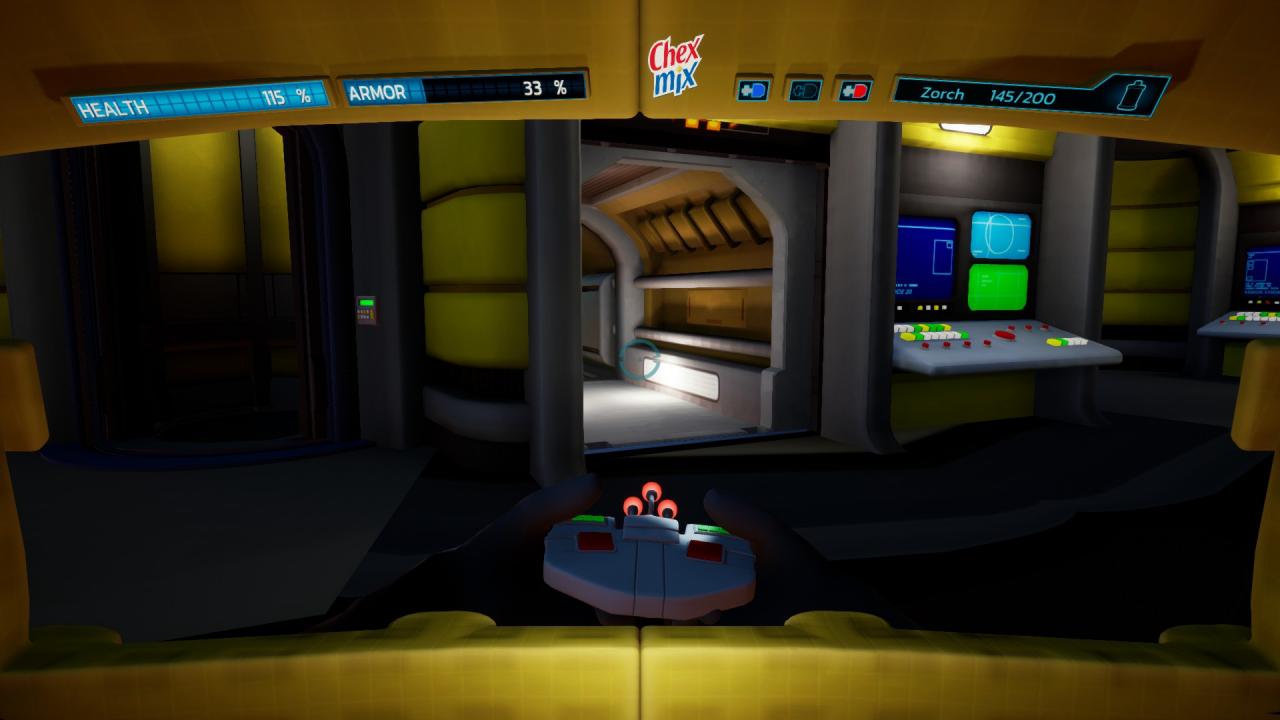 The first secret requires jumping across the warehouse room on boxes 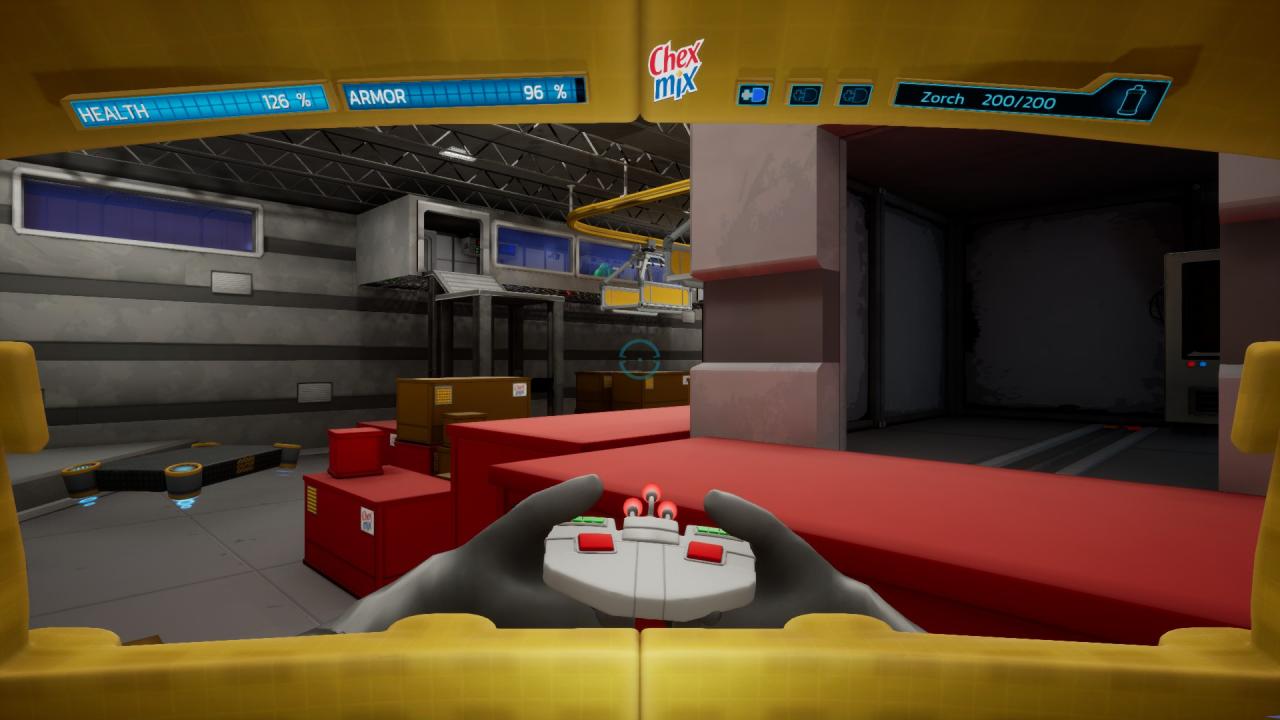 In the corner across from the moving platform, there are some stacked crates, get to the top of this stack and a panel will open with a terminal inside.

The second secret is in the second warehouse room. 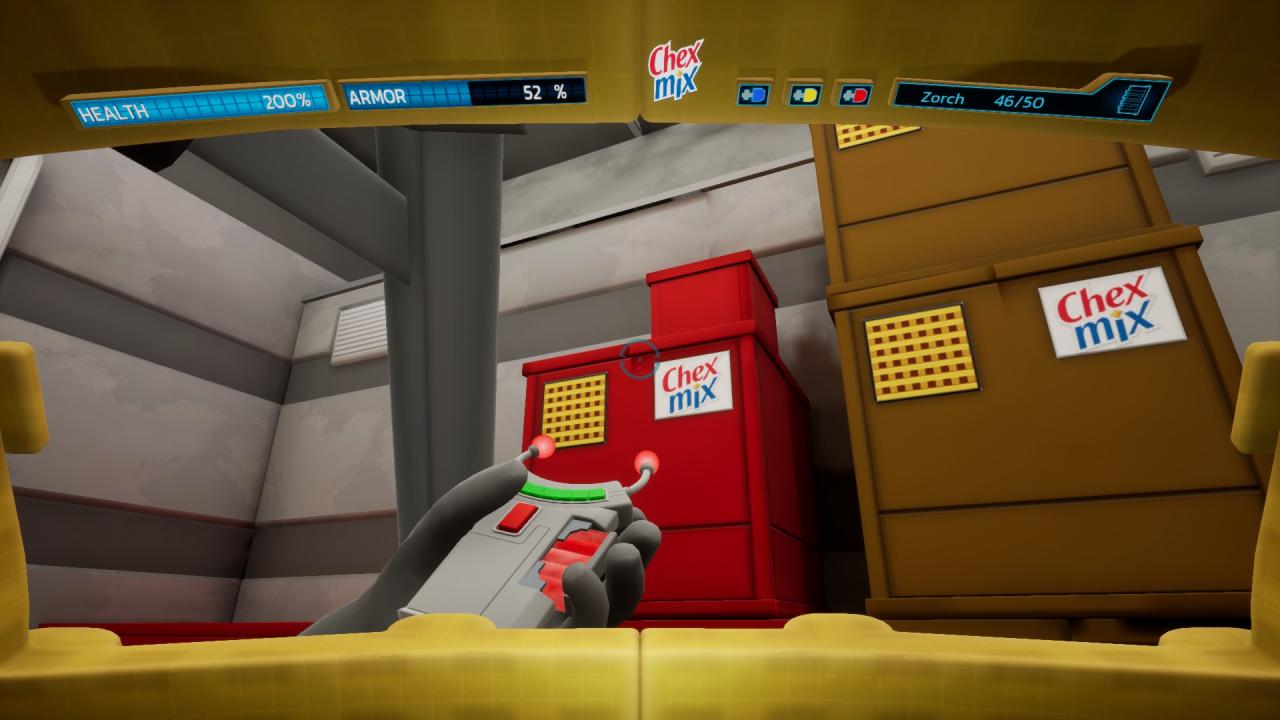 As you are riding on the hanging platform, let it take you all the way to the other side of the room and jump on this stack of boxes. From there jump up to the ledge on the wall and there will be a secret door at the end. 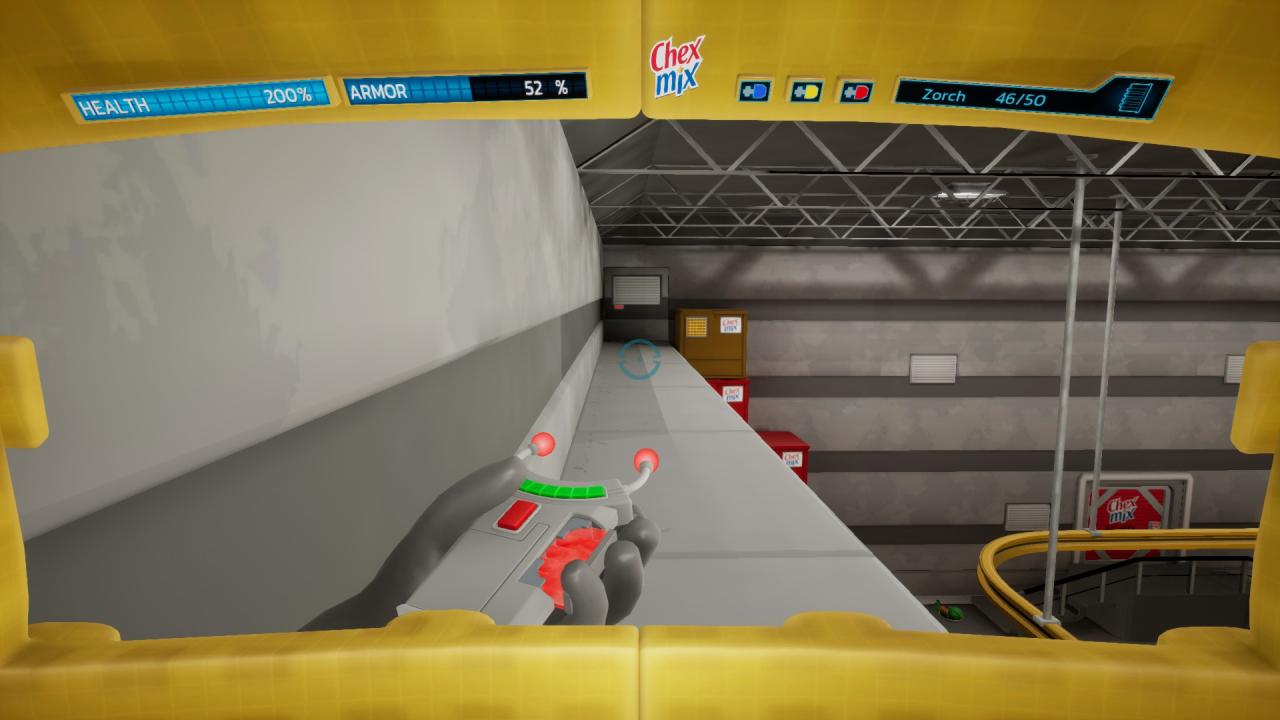 Enter this door for the second secret.

The final secret is in the yellow access room above the milk storage. Once you enter, its right around the corner and through the secret door, hard to miss this one. 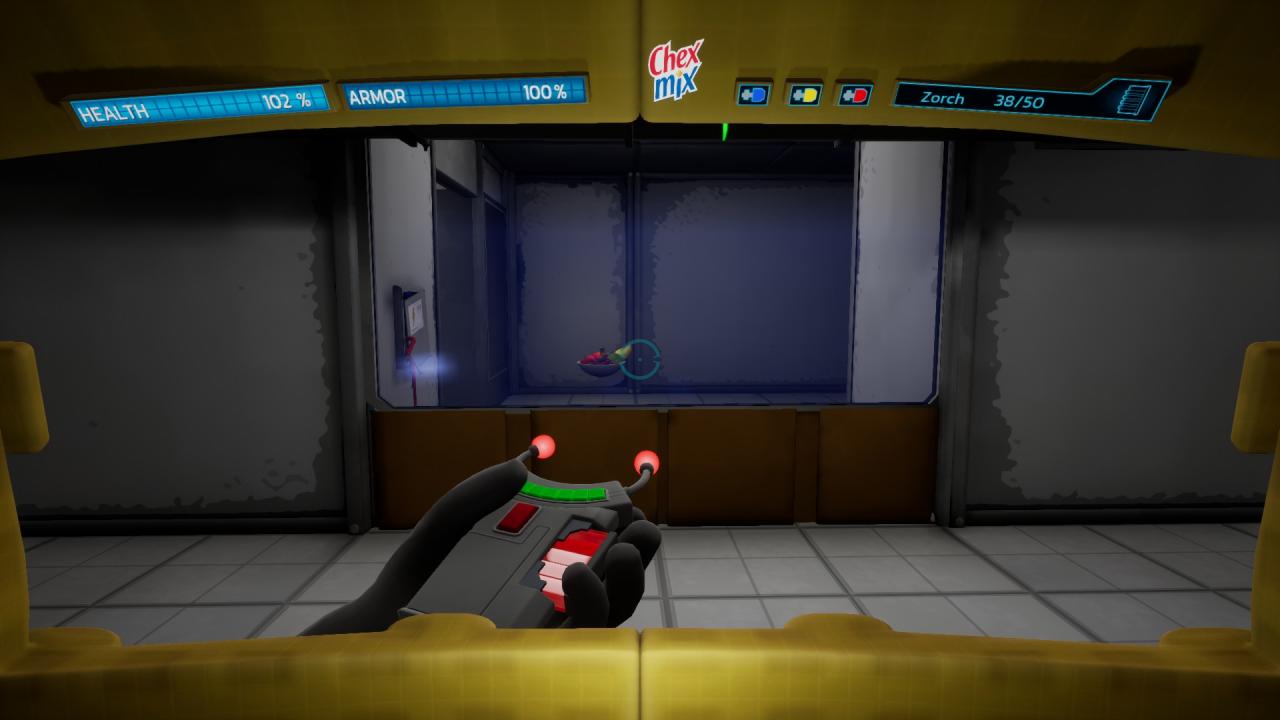 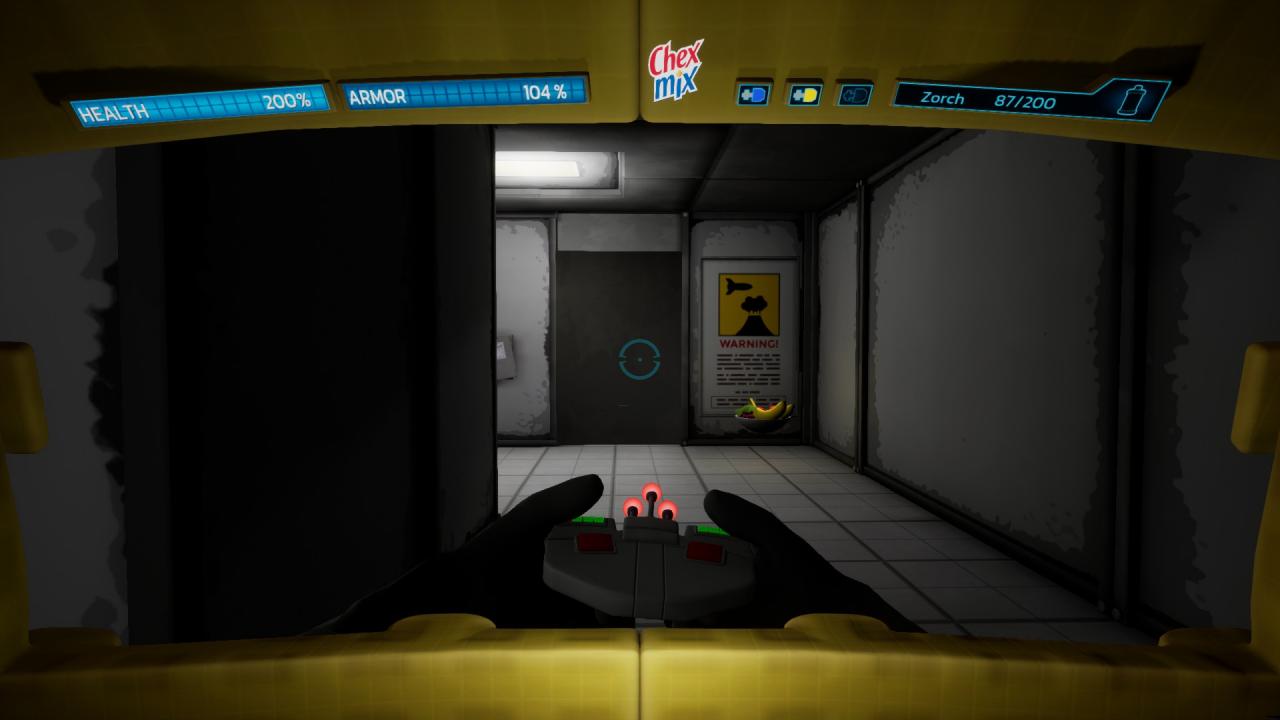 Labratory has 4 secret terminals hidden throughout

The first secret is in the very first room behind a fake bookshelf. 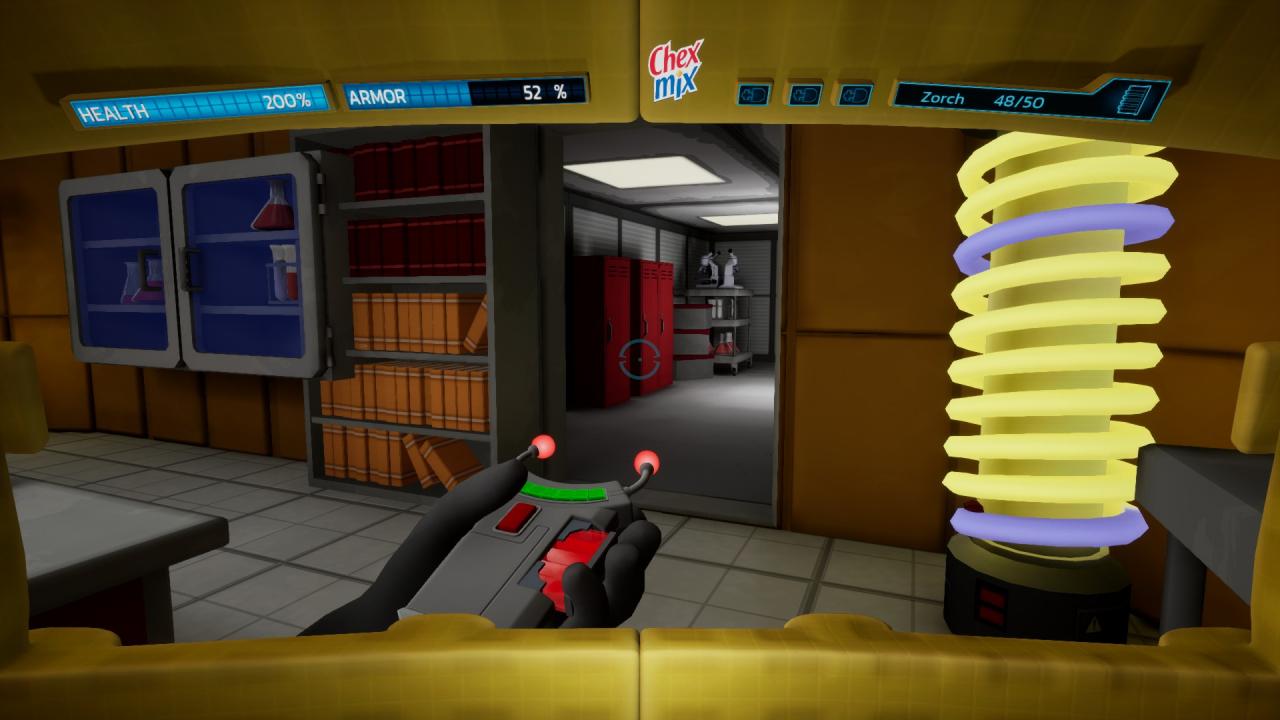 The second is down the elevator between the three color access rooms. The secret door is underneath the window looking out from the top. 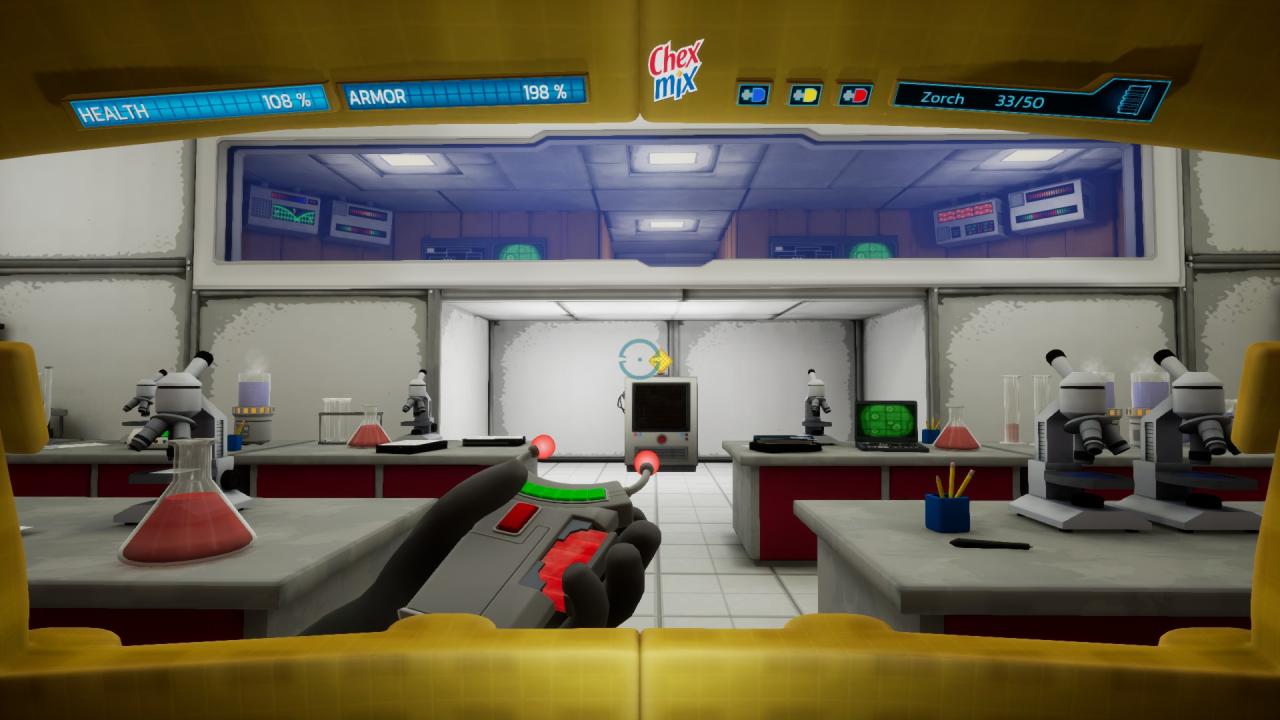 The third secret is in a grate in the yellow access room. The grate is pretty big and at eye-level so its hard to miss. 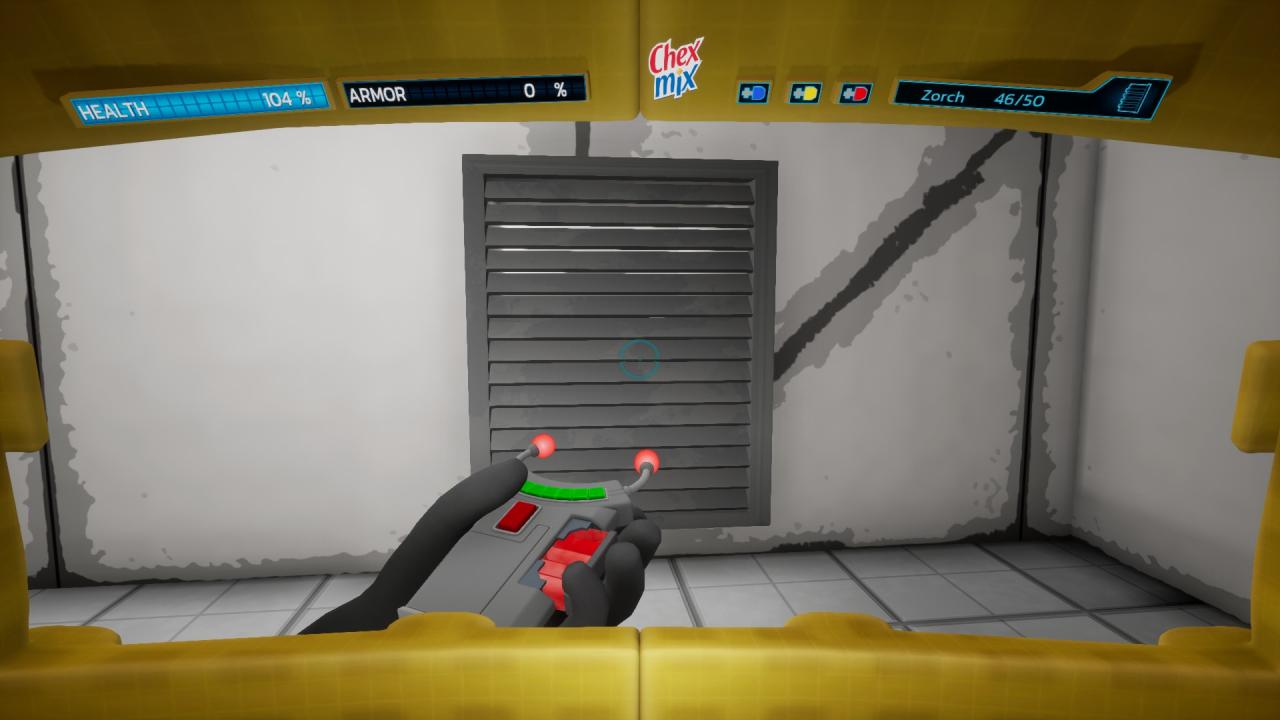 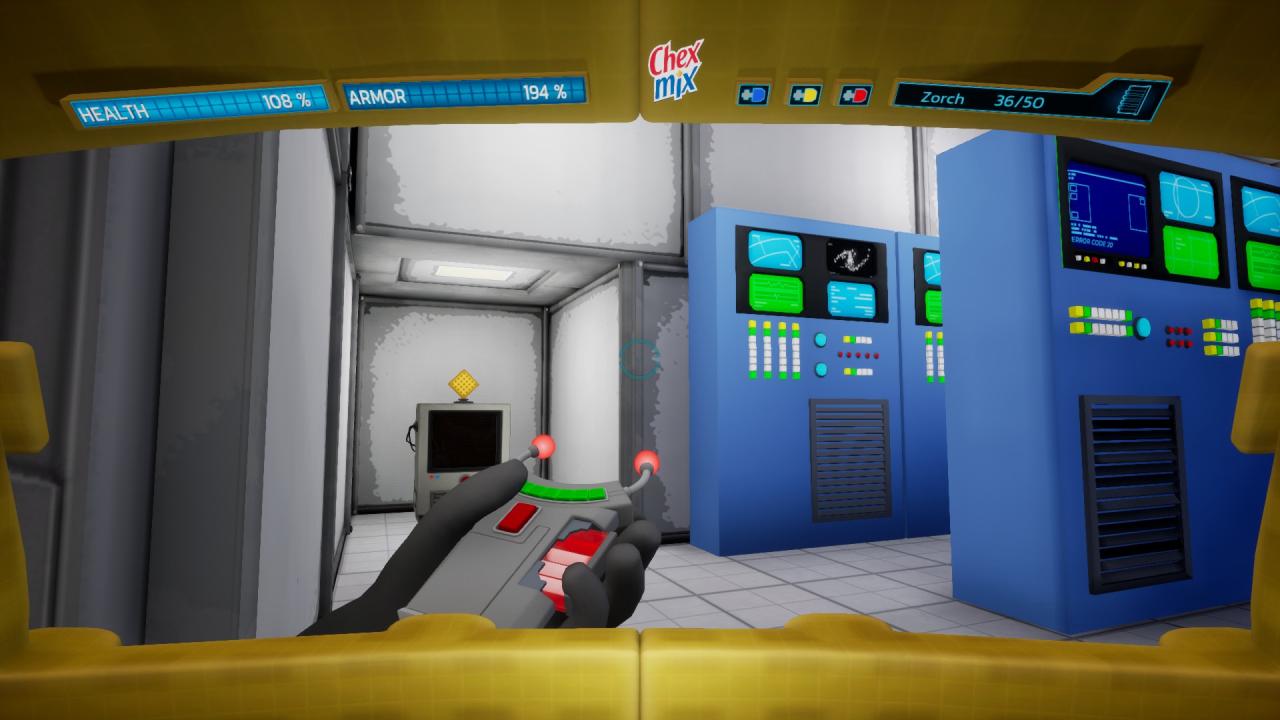 The first terminal is located behind a sliding bookshelf immediately after going down the elevator behind the blue access door. 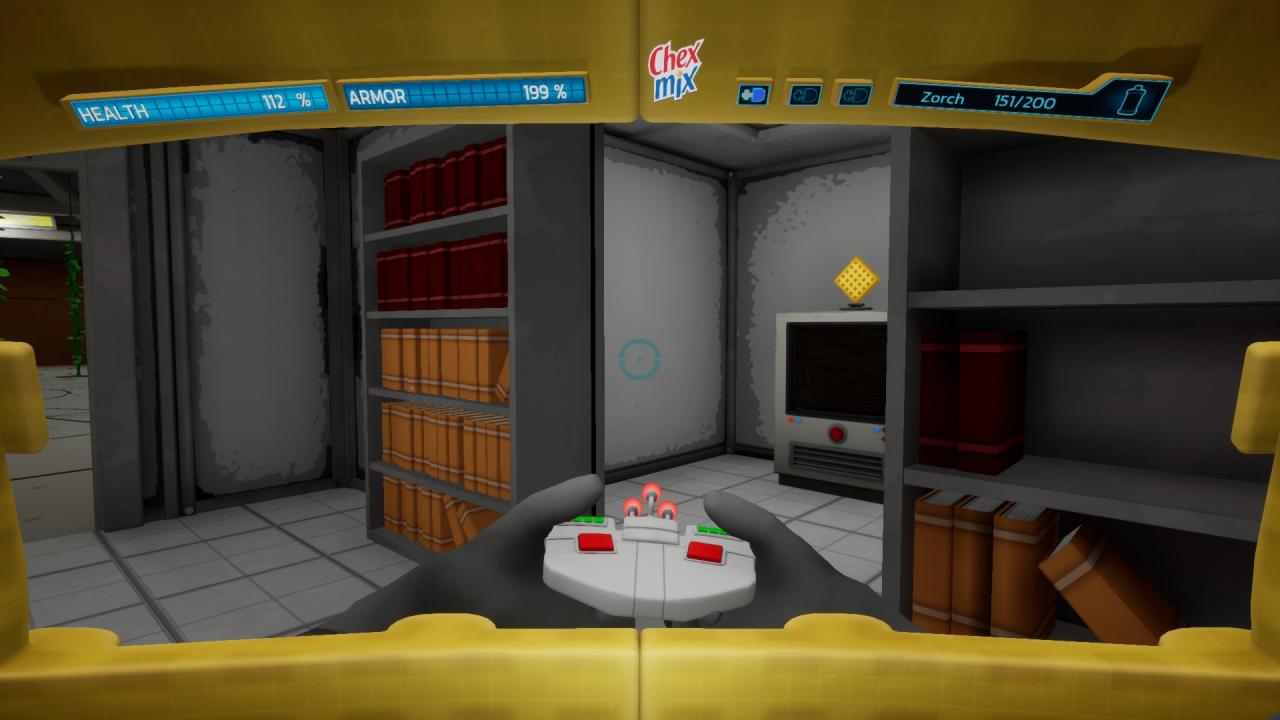 The second terminal is after you go through the first part of the tree maze. Go straight down the hallway instead of left and the terminal is right around the corner. 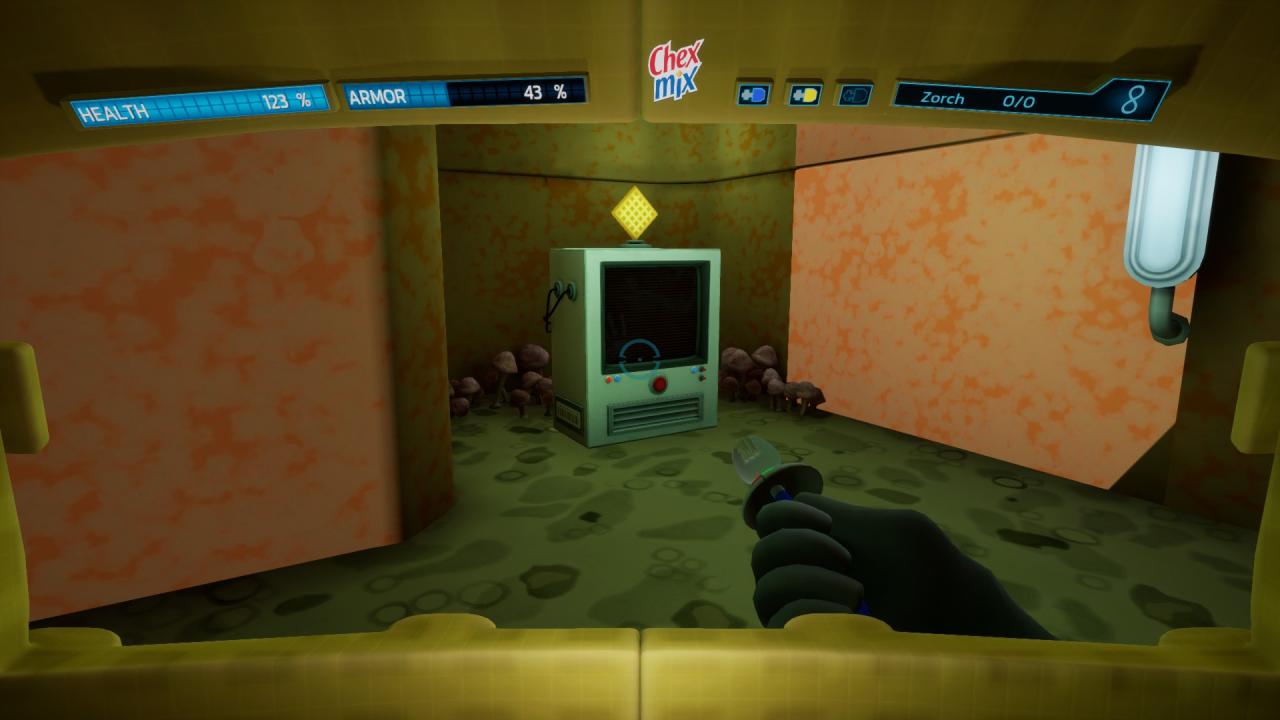 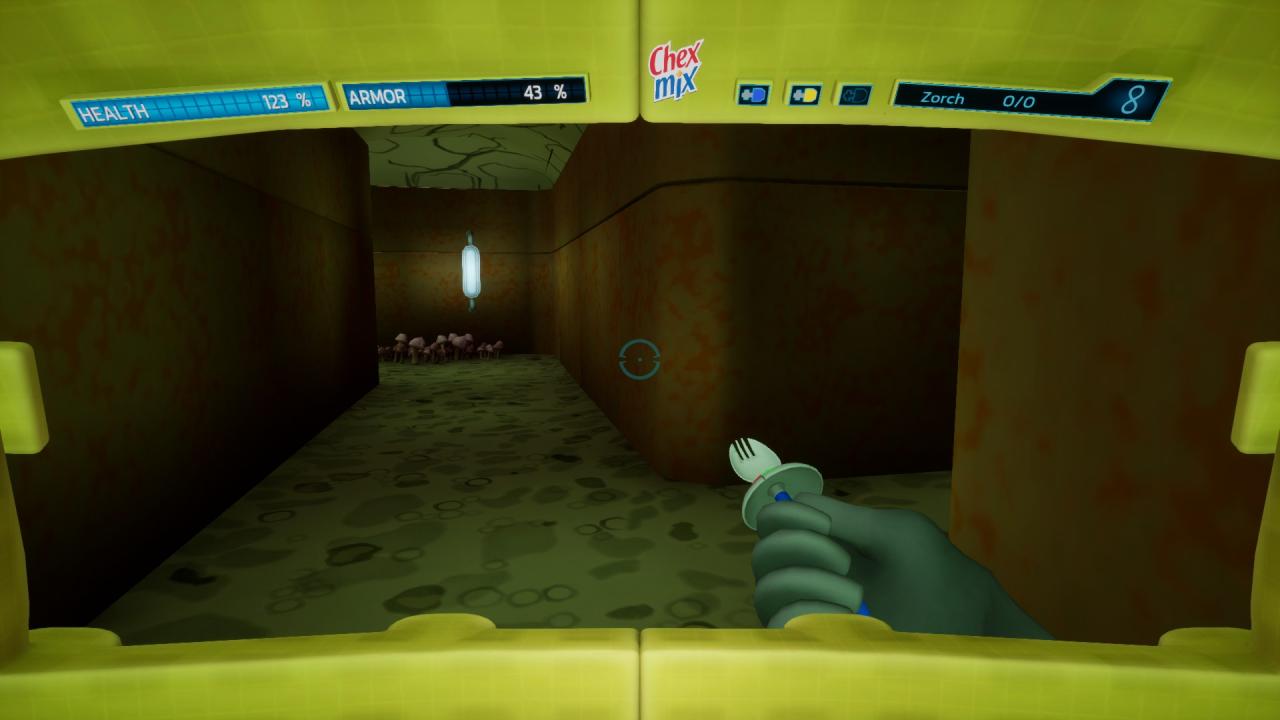 The third terminal is on the other side of the tree maze underneath the stairs. 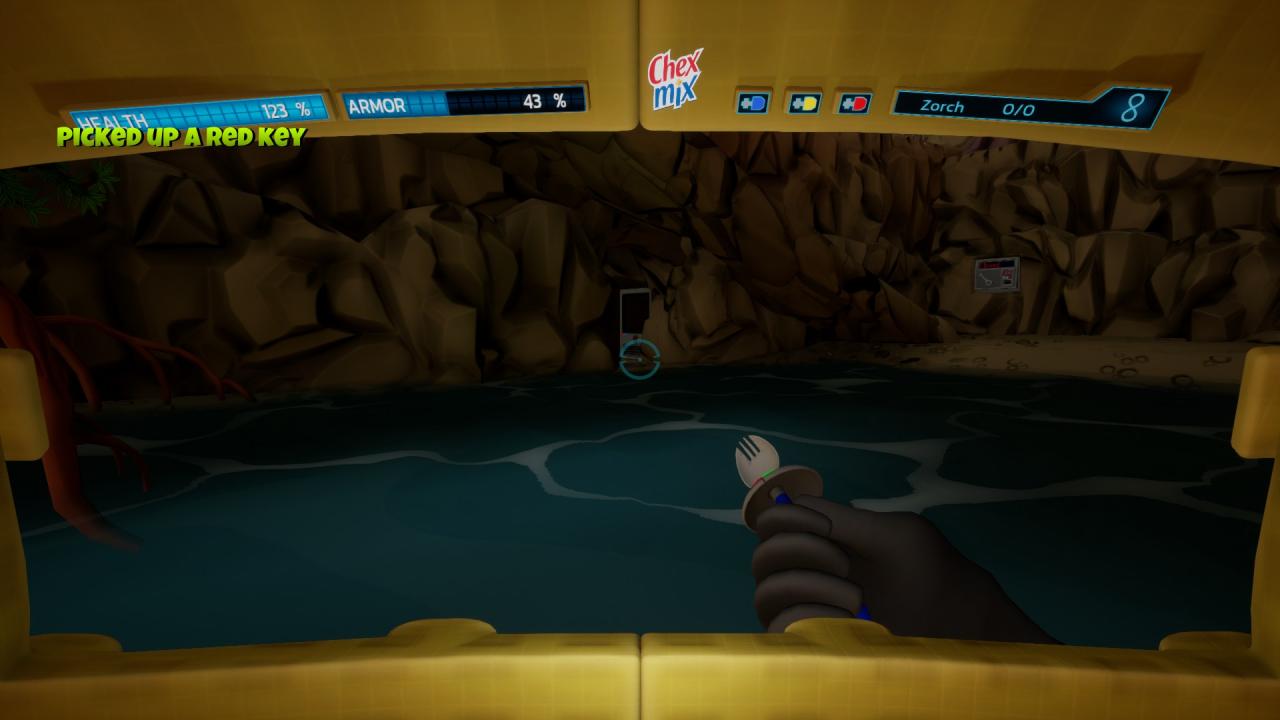 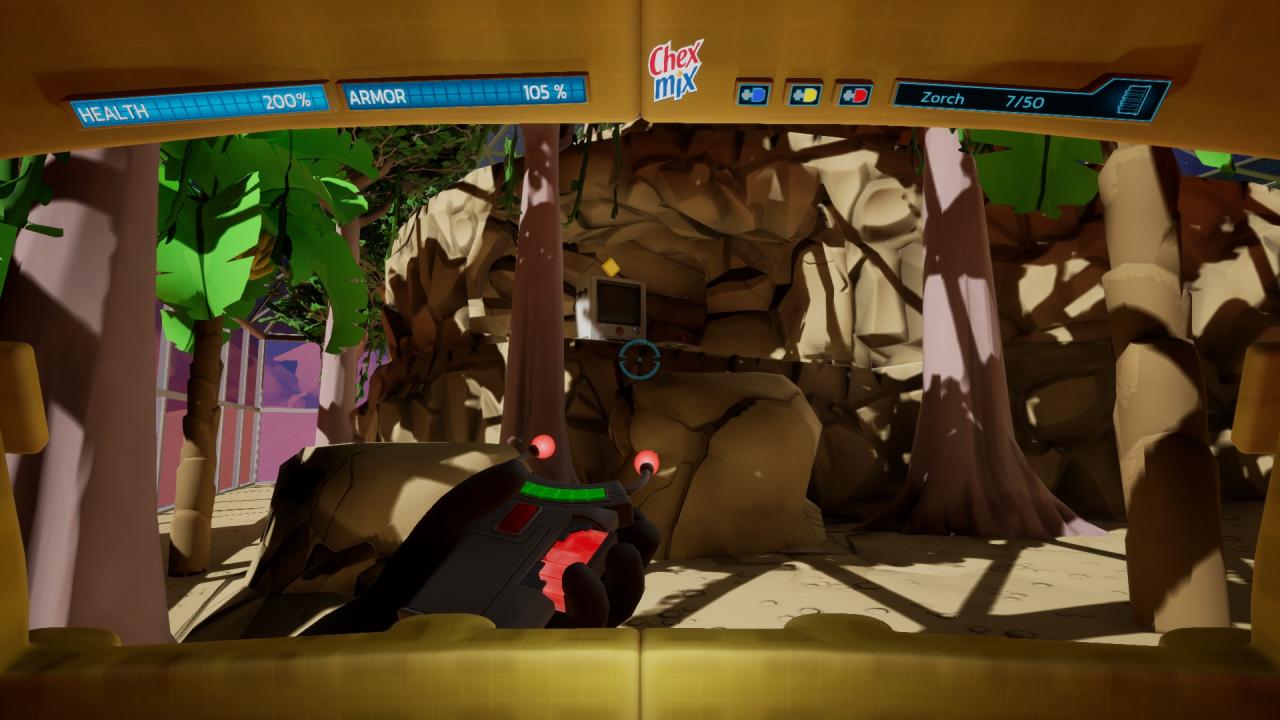 As far as I can tell COB only has 4 secret terminals, but the mission itself says that there’s 5. Not quite sure why this is maybe the boss counts as a secret or something.

Behind the fist gate there is a series of tunnels, at the end of one of these tunnels you will see a metal door, interadt with it to find the first terminal. 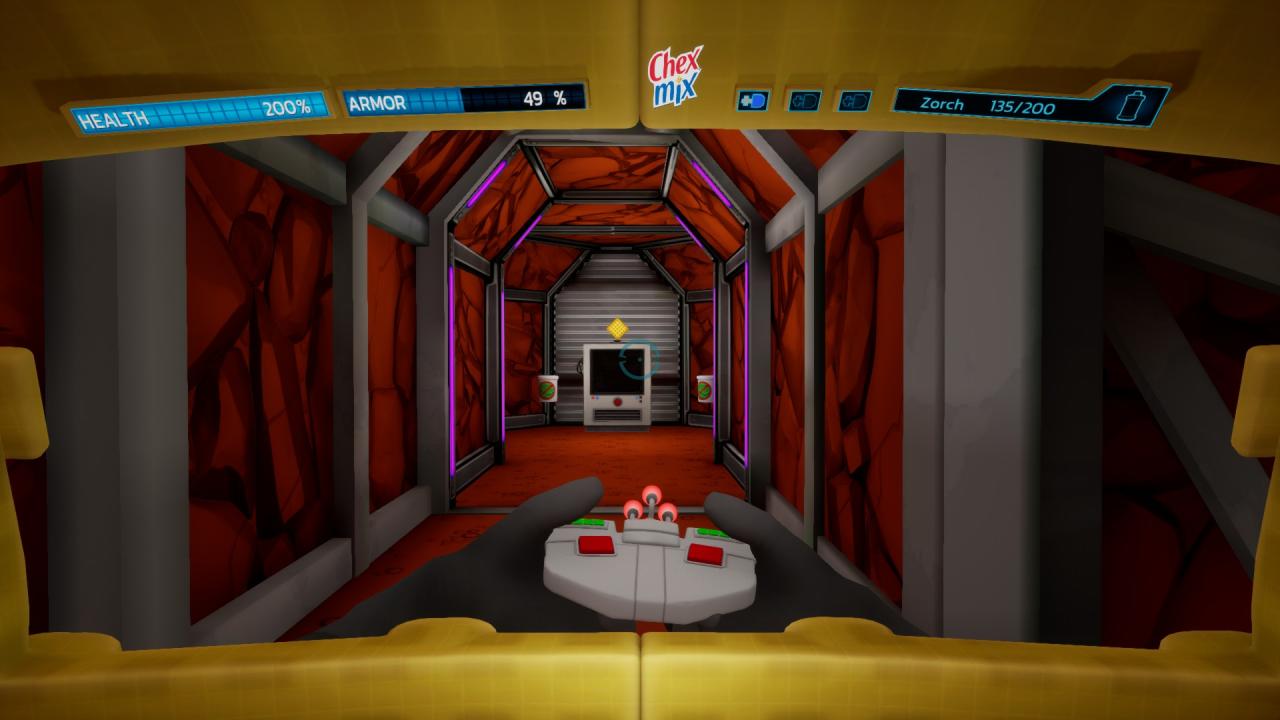 The second terminal is in the area with all of the waterfalls behind the blue access gate. At the very end there is a room with a large waterfall and a teleporter. The terminal is behind that waterfall. 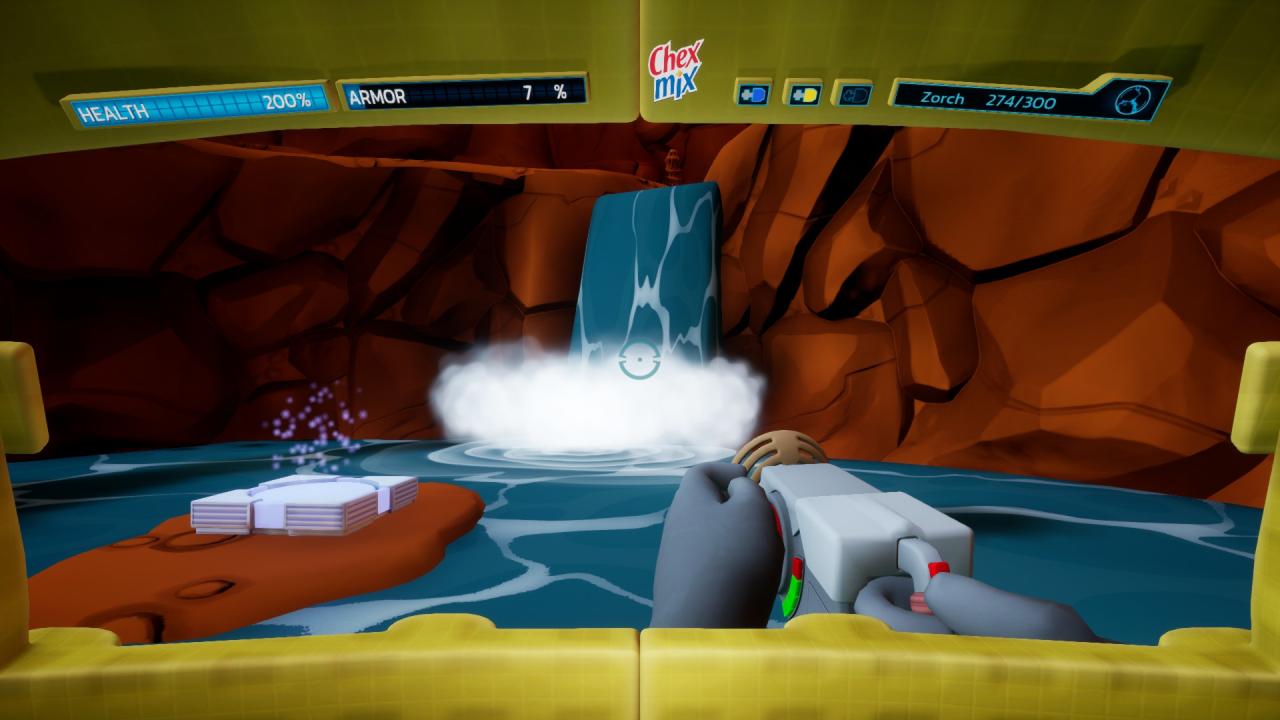 The third and fourth terminals are found along the same path. To start you must first get into the red access area. Right inside the red gate there is a control panel. When you activate it it will trigger a cut-scene of a door opening. 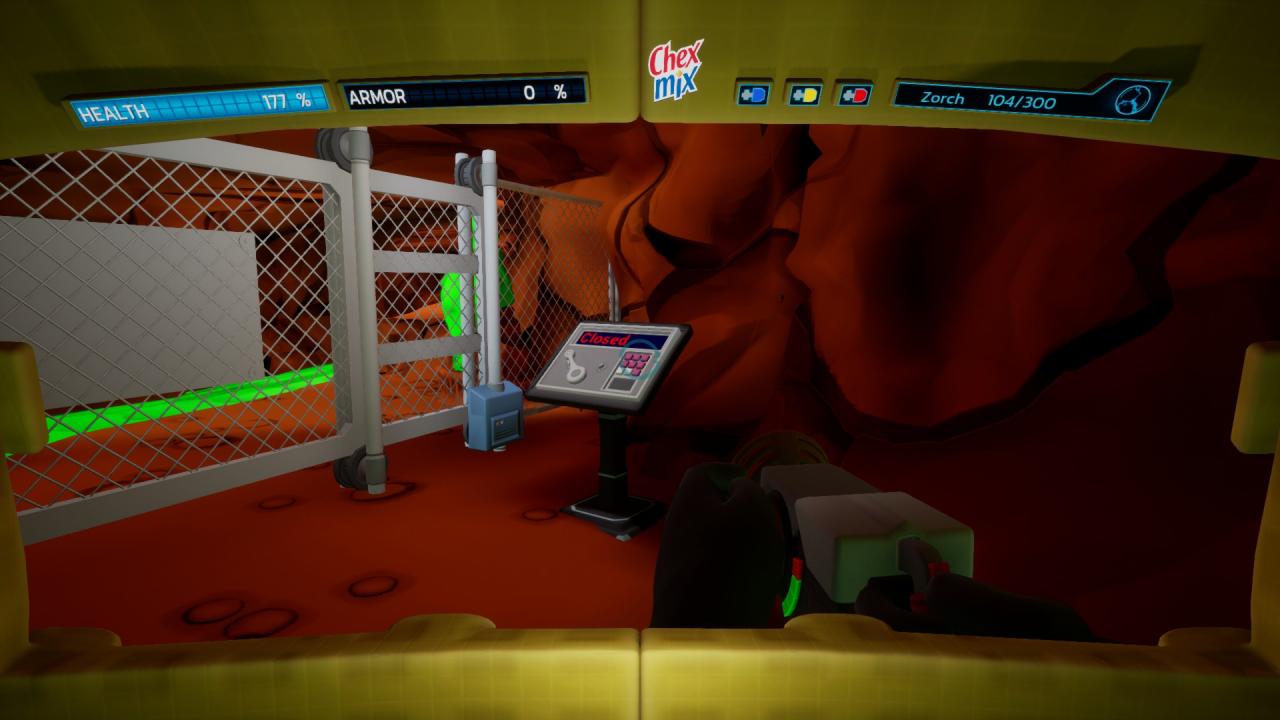 The door that was opened is back in the first gate you went through at the beginning of the level. The third terminal is in there. 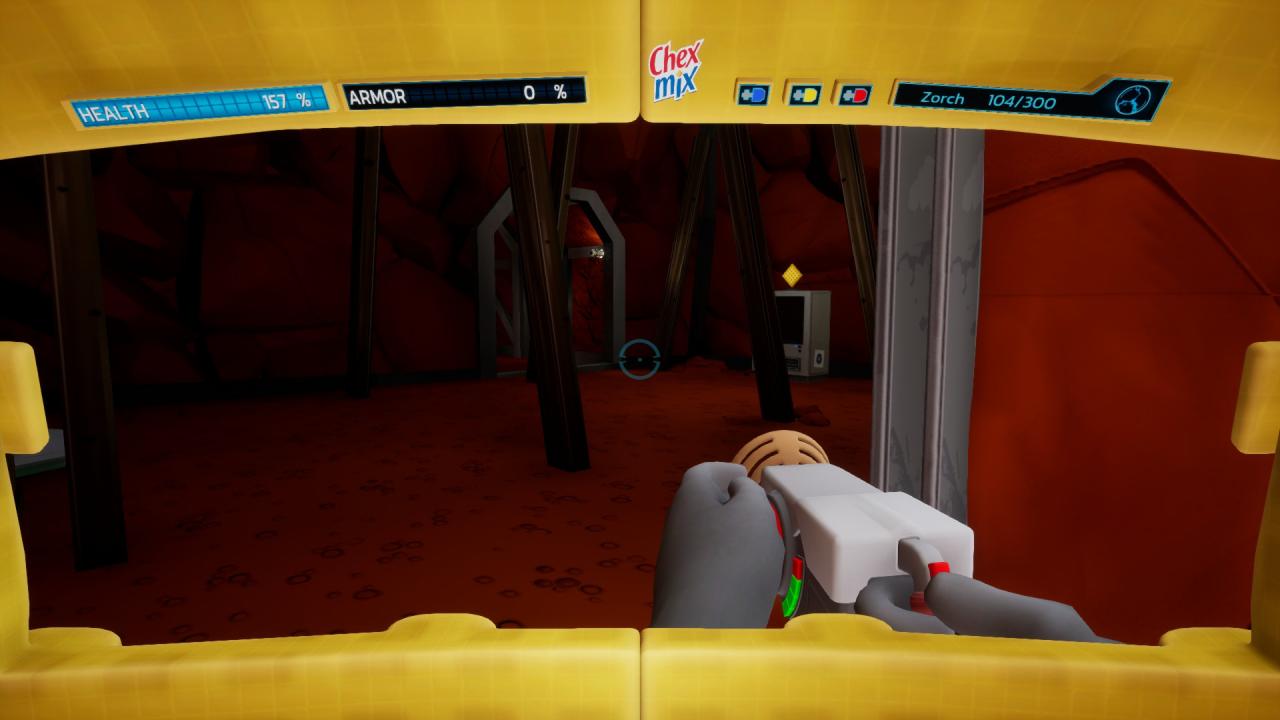 For the forth terminal, you must continue past the room with the third terminal. Eventually, you will be dropped into a mine cart. Ride in it until you stop at a big metal door, the fourth terminal is behind that door. 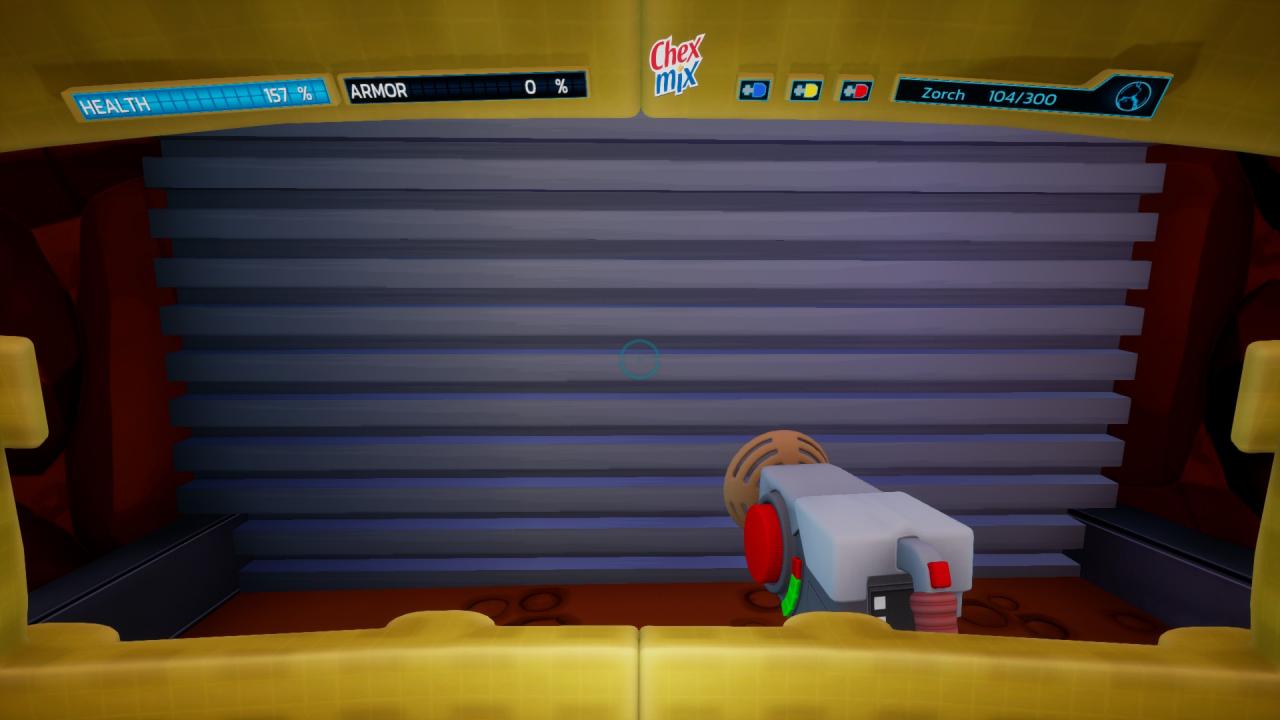 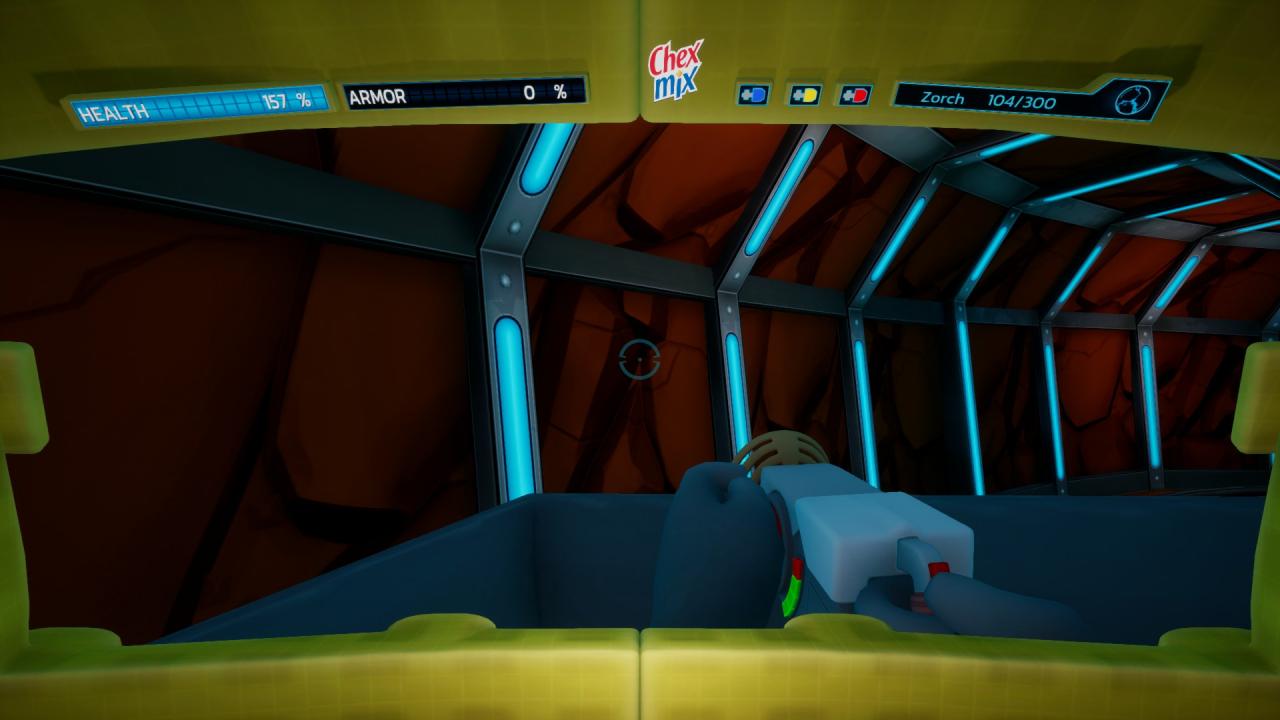 That’s all we are sharing today in Chex Quest HD Guide to All Secret Terminals, if there are anything you want to add please feel free to leave a comment below and we’ll see you soon.