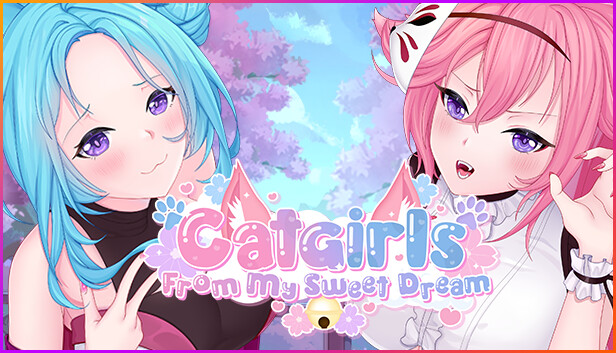 For Catgirls From My Sweet Dream players, this guide is about the basics, secrets and achievements in game, let’s check it out.

Match-three-сat and how to start playing

Hi, now I’ll tell you how to start playing, so as not to get an unpleasant impression during the gameplay (as if you’re reading this before you start playing, I’m too naive) and leave only pleasant memories behind the game 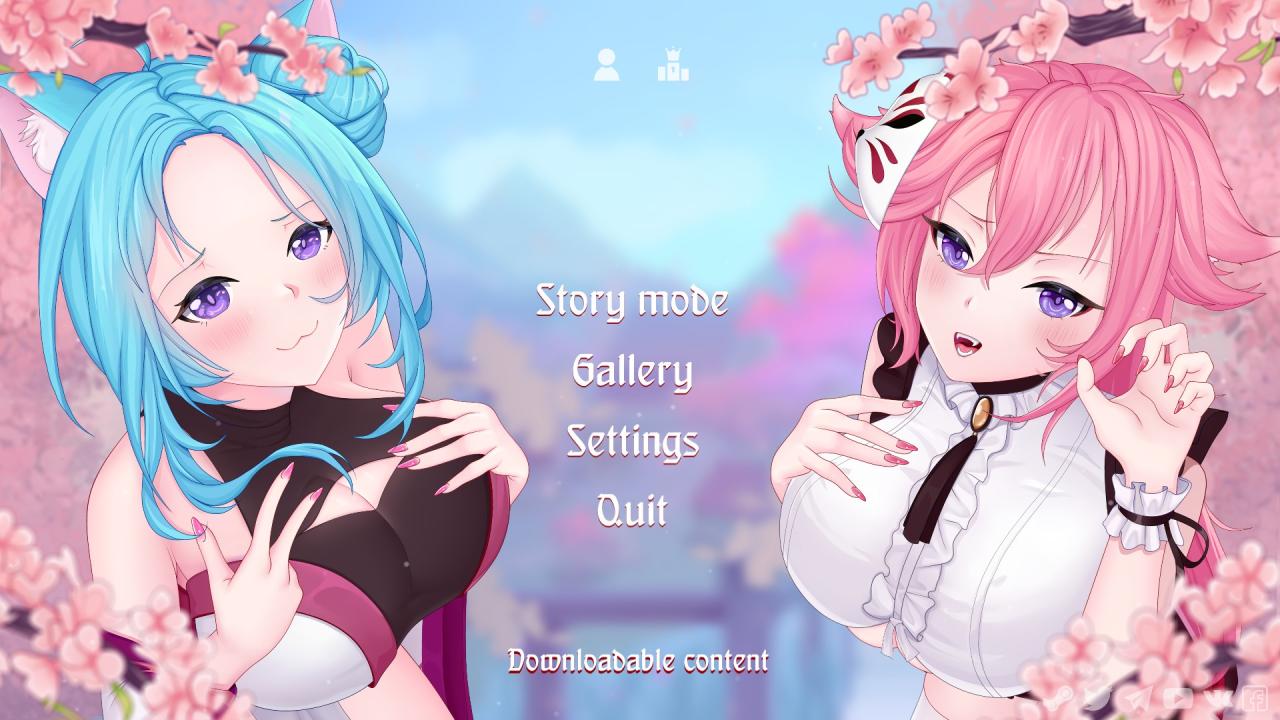 You probably know how to play this, right? But I’ll tell you anyway, by the way, the guide has an Русская версия. Even though they’ll give you an excursion into the game, I’ll do it for you again. Turn to the end of the section there is one secret for easy passage 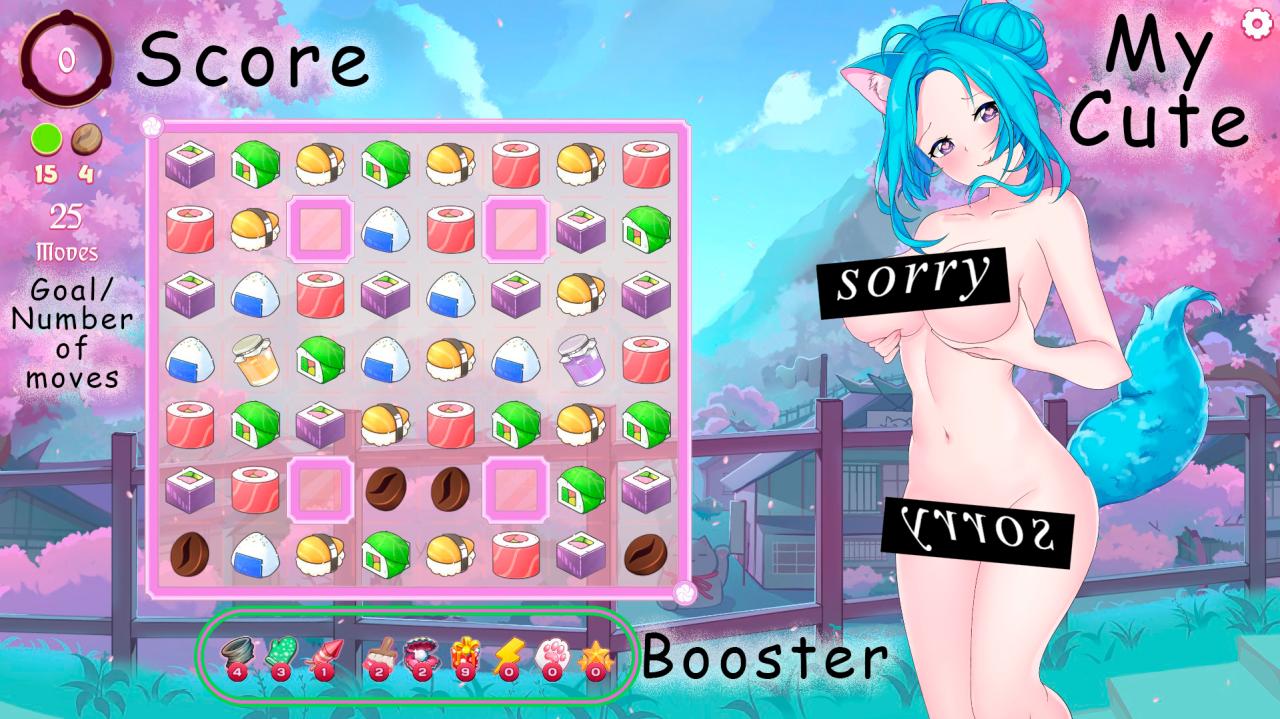 I hope you don’t have to tell me how to play games like “three-in-a-row”, you just move the pieces so that a three-in-a-row combination is formed and so on. For unusual combinations, you can get special shapes, so for example:

All of them work when combined with them and are combined with each other, that is, you can swap such bonuses and they are mutually activated

Unlike other developer games, there are more bonuses here that even allow you to complete the level ahead of time, there is also a currency to buy them, and not get them at the end level. This is what a shop with them looks like, where under each one it is described what property each bonus has: 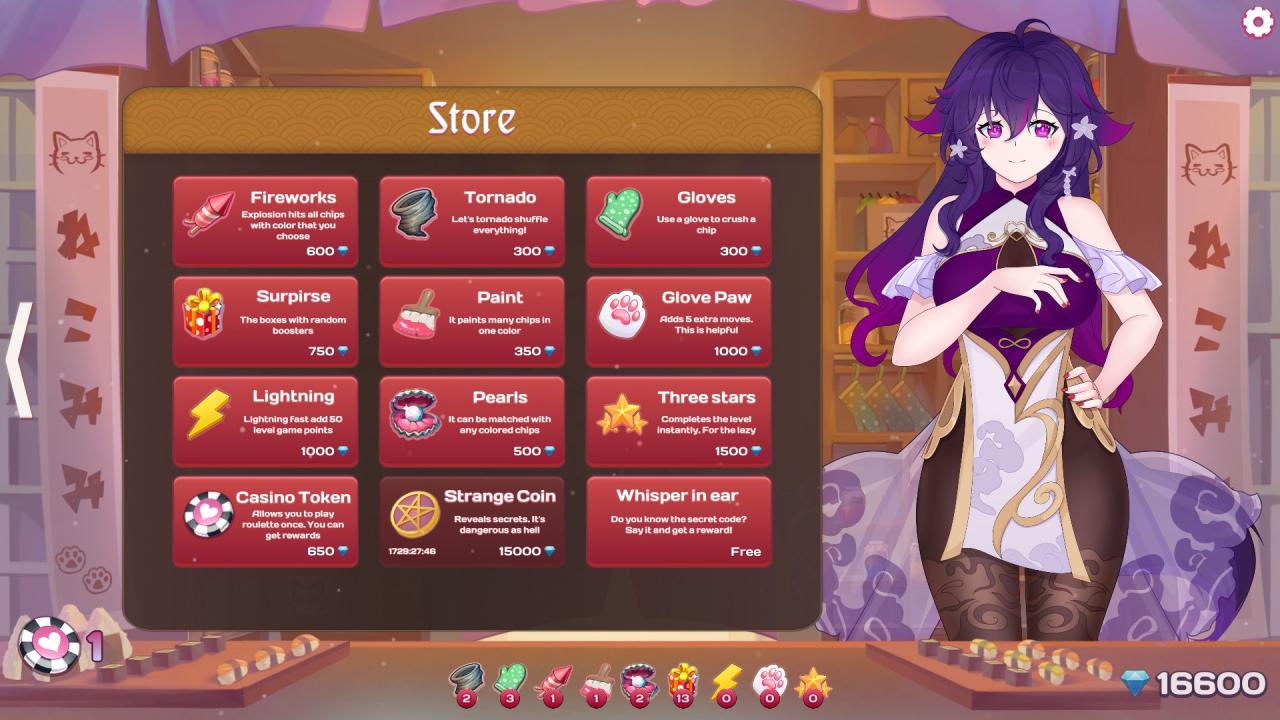 From the bottom-right there is an inscription “Whisper in ear”, you need to enter a secret code there, if you didn’t guess. Don’t you know the secret code? I’ll tell you, in confidence, the code “GiveMeChance”. Enter it and you can spin the roulette 10 times for free by poking at the chip on the left. In addition, there is a Strange Coin, but it is not yet possible to buy it, according to very secret information, it will be available with the release of a new DLC

By the way, after the successful completion of the level, a window appears on the left where you can choose a booster for completing the level. It is selected only manually and if you do not take it, then it disappears

Suddenly, if anything, here is a map of the passage: 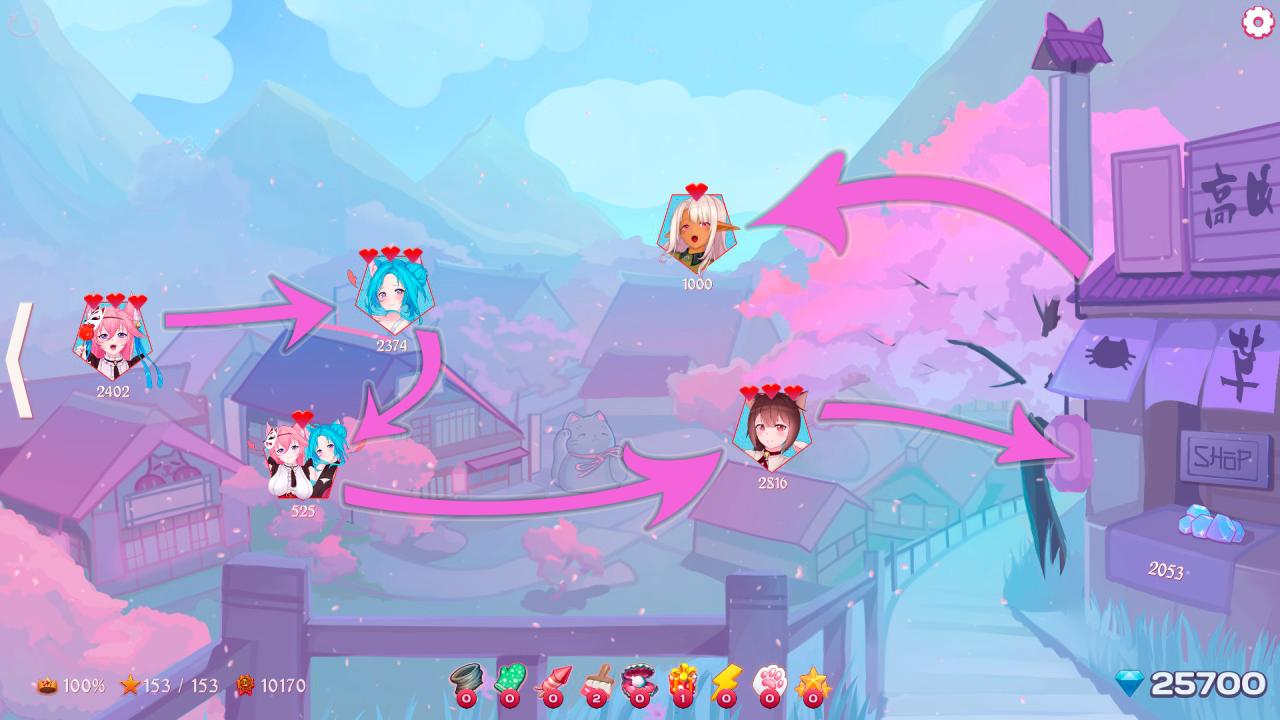 I’m a little confused, but you can choose Yumeko in the store and the levels with her will open

The main part of this is all, I hope everything was clear. And now we turn to achievements

The game contains only 13 achievements and you will get all of them just by completing the game, but only one requires us to complete all levels at least two stars: 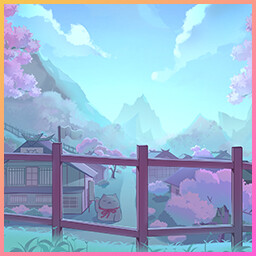 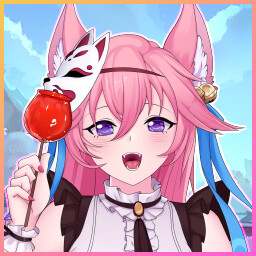 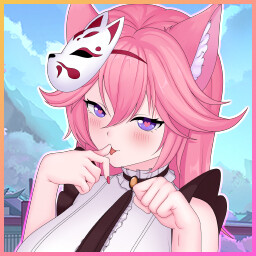 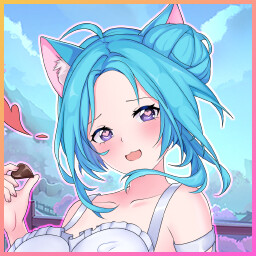 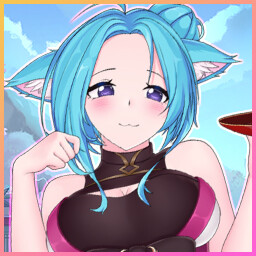 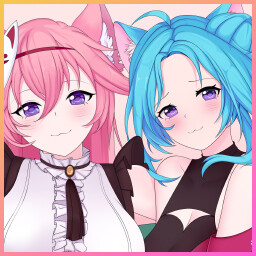 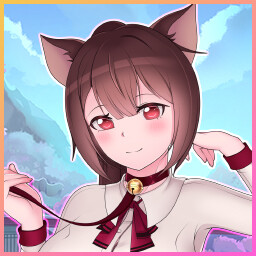 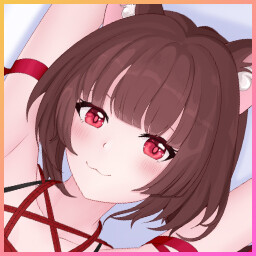 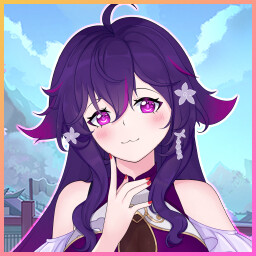 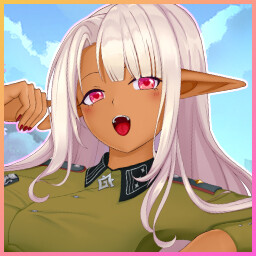 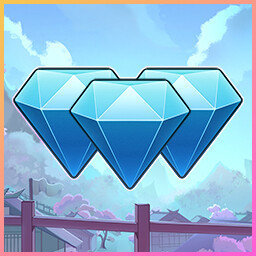 Many crystals
5000 crystals in the wallet 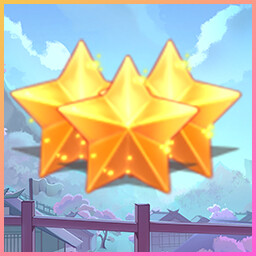 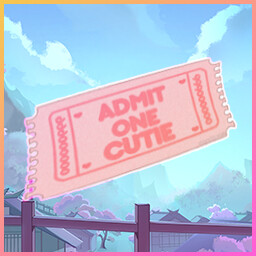 Ticket
Buy a return ticket
Ticket
Buy a ticket back. At the end of the game, you will have a place for a ticket in the store, at the bottom. I will miss 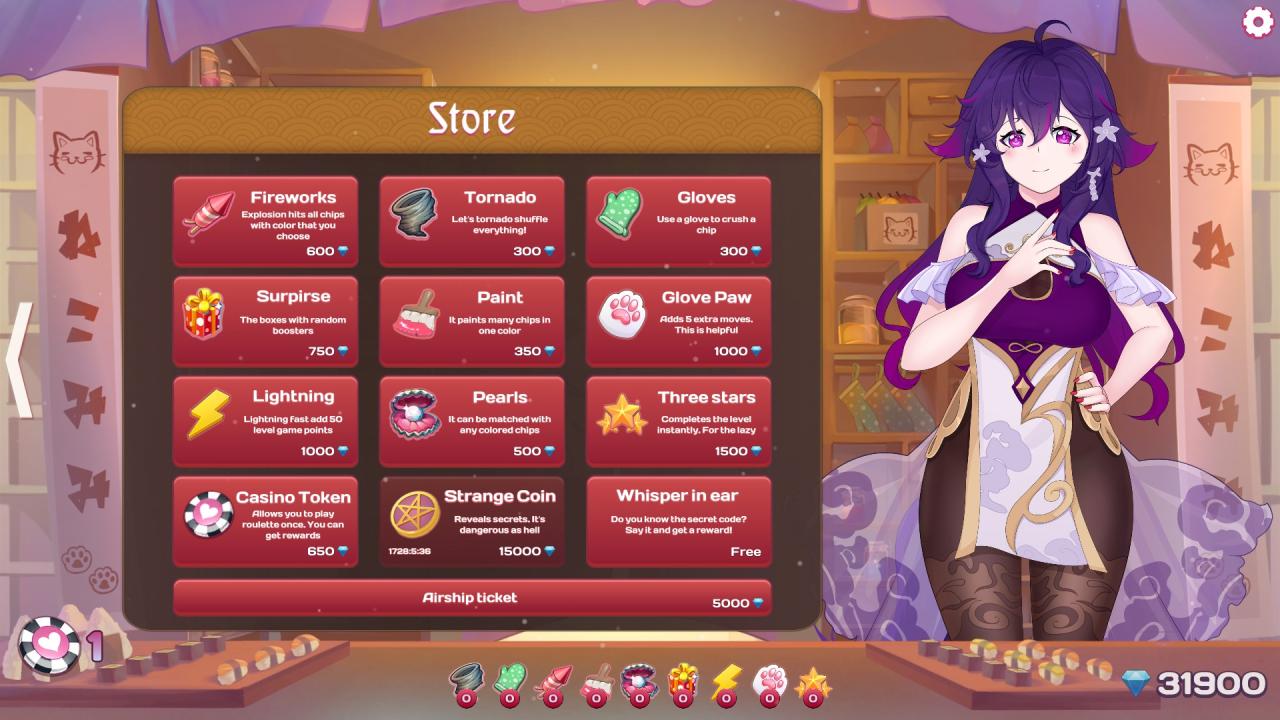 That’s all we are sharing today in Catgirls From My Sweet Dream Secrets and Achievements Guide, if you have anything to add, please feel free to leave a comment below, you can also read the original article here, all the credits goes to the original author wetpaz