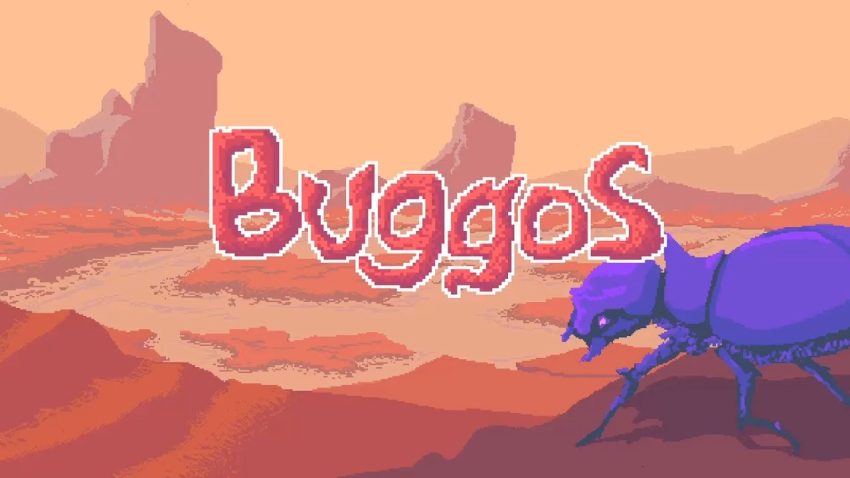 For new players of Buggos, this is a very basic guide for beginners, which will help you to have a better start.

This is for Buggos the video game, not to be confused with Bug-Os the unpeakably terrible breakfast cereal.

It’s a neat little game with the kind of simple, solid gameplay that you can expect from a game made by one person with an idea they want to share. But it can be a bit hard, so I, in a sort of blind-leading-the-blind scenario, will try to provide some useful insights.

Your units have speed, range, armour, health, and damage stats.

Speed tells you how far they can move when they move. Faster buggos are more effective buggos, because the time between the bug getting in range of the enemy’s guns and getting close enough to hurt the enemy is reduced. Travel time between the hive and the fight is also reduced and improved efficiency further. Speed matters, in short.

Range is only relevant to a few bugs. Range tells you how far away your bug can be from something while still hurting it. This also gets the violence started sooner, but if there’s more than one kind of bug involved then the stabby ones will keep drawing fire while the shooty ones keep shooting.

Armour directly reduces incoming damage. Only one unit thus far can completely negate incoming damage (Warrior bug with an upgrade) by getting its armour high enough, but keep an eye on enemy damage output, which you can see by clicking on a unit. Armour-based upgrades may let you engineer situations in which the number of hits your bugs can take from some enemies changes, and that’s when armour matters.

Health measures the total damage a bug can take without becoming a stain. Bugs with a lot of this can absorb a lot of incoming fire before going down, and this serves to protect all of the more fragile bugs around them. Mixing a few tough bugs in to the horde can really help to overpower an enemy position, even if the tough bugs usually die before getting a hit in.

Damage is important only when it speeds up the time-to-kill between your bug and its target. Since you will often be relying on chip damage to bring targets down, every single point counts.

Look for little things that can ramp up your power. A little burst of speed or damage, any special unique abilities that a bug type can get. Your strategy is going to rely heavily on pouring huge numbers of short-lived monsters in to the battlefield, but the right refinements if your horde can make a huge difference.

Look at the available upgrades for a unit. Would going completely bugnuts on improving it help you? The fully loaded versions of a bug are vastly more dangerous than the basic ones. Also pay special attention to the branches of the upgrade tree that improve all bugs.

And now, a brief overview of units.

Swarmers are the filler in your legions. They move, fight, and die fast. Mostly die. But an enemy shooting a swarmer isn’t shooting another bug, and once the swarm reaches an enemy unit, that enemy unit’s pretty much hosed. The Egg Twins upgrade gives a chance to spawn a rare golden swarmer, which is much tougher and hits harder and if you’re relying on swarmers is probably your best bet against flame troops.

Spiners are your basic ranged bugs. Being able to hurt things from further away is nice, and they have plenty of upgrades to make them shootier. Not super impressive, but they get some real work done.

Builders are a critical element in expanding your base and getting some decent nutrient income going. You’re going to wand them, and you’re going to at least want to consider upgrading them. Rebuilding and efficient building can work wonders, and if you get the thing that lets you switch off unwanted bug types, you can make a huge pile of these and rapidly get your resource income and a few extra hives up and running. Making them produce goo on death is useful if you get some of the goo upgrades that enhance your units.

Defenders are spiners with more durability and less speed. By eating a bunch of hits, they can enable the rest of your forces to get in close and rip some faces off. Their ranged damage is pretty respectable too. I’m not sure how good their armour-stripping upgrade is, but I could see it being really potent if the right thresholds are being met and each point of lost armour really is bringing in more damage per hit.

Warriors can be upgraded to take no damage from lesser enemy units. That’s hilarious. What else do you really need to know about them? Lkay fine they’re a little slow until they get the right upgrades, but they can tank so much incoming fire that they really help the swarm take ground.

Wasps are little more than a juiced-up swarmer, but they’re a good juiced-up swarmer. Being able to build a mass of them and send it over otherwise impassable terrain can give you a shot and popping enemy buildings without having to chew through their entire force, and that’s nice.

Swarm Mothers are a source of free swarmers. This means that you set their waypoint far enough back from the front lines that they’re not being shot, and let them pour buckets of bitey little blue goons in to combat as a sort of shield for the rest of your forces. Make the enemy swim upstream through a river of claws. Also when enough swarm mothers have built up that they’re clogging up your unit cap, the right upgrade will make them leave a pile of additional swarmers when you toss them at the enemy and they inevitably die.

The Boom Slug is a slow, fairly durable fighter with unimpressive damage and a tendency to leave a smoking crater when it dies. These are hilarious and deserve every upgrade you can give them, because every bit of speed or blast radius or toughness on these guys translates to more chunks blown out of the enemy front line.

The Titan is… Okay, you know how builders and nutrient pustules can give you a truly silly amount of nutrients in the bank? This is why you want to do that. Titans will seldom win a mission on their own, and they’re not for that, but if you have the nutrient income to support it, just crank out a load of these top-heavy idiots and keep them in reserve until you want the enemy defences to completely collapse under their weight. That healing aura upgrade is neat, too, even buying your basic bugs another quarter-second of survival can really help your push.

As for buildings, I find the turrets decent for giving my troops an edge near my base, the nutrient pustules absolutely mandatory, I’ve never used the walls, and the floor traps are honestly a little hard to keep alive. don’t get me wrong, they’re funny as hell when they work, but they’re for blocking enemy advances and the buggos are the ones who are supposed to be advancing. Decent for protecting a flank, I suppose.

The artillery thing is new, and loads of fun. build a few of them on the other side of a rock formation from the enemy base and protect them while they rain leisurely hell on enemy facilities.

That’s all we are sharing today in Buggos Basic Guide For Beginners, if you have anything to add, please feel free to leave a comment below, you can also read the original article here, all the credits goes to the original author weavah9