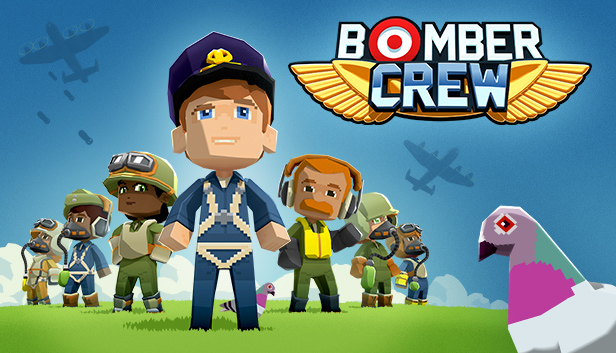 Pretty easy game to get 100% achievements. Most of them you’ll get naturally just by playing the game. The rest that you dont get are easy, but the only four that you gotta keep an eye on are:

Complete the tutorial and you’ll unlock this.

Photographer
Take a photo of an intel site

Its a part of tutorial, all you have to do is move 1 of your crew member to front part of the plane and take the photo once you are above the objective.

Mission Success
Return to the airbase having successfully completed a mission

There are 2 ways go to do this quickly:

1. Take off and then immediately call for an emergency landing with the pilot, the mission will fail, but it counts as flying it.

2. You can take off and then immediately abort mission, it will add to missions flown, but will not effect the progress of missions(let me know if this still works).

You require a mission where you have to bomb V1 launch sites, they are early in the game(i believe 3rd story block, its a non story mission), be careful because Aces tend to appear in these mission types):

Simple achievement, you’ll need to progress a little in the game for this, here is what you need to do:

The Bunker
Complete the final mission

Do i need to explain this one?

Part of the tutorial, put a crew member in bombardier position and release the bombs.

There is no real guide here, it just simply takes time, but here are couple tips that may help:

Missions with many targets:

Ace in the Hole

Ace in the Hole
Defeat an Enemy Ace

Four of a kind

Four of a kind
Defeat 4 Enemy Aces (in one campaign)

Ace of Aces
Defeat all Enemy Aces (in one campaign)

This can be a pain if you do it later but there is an easy, but grindy way early on:

TIP Upgrade turrets with ammo refills, use Incendiary fire and unlock the ability to call spitfires.

NOTE There are total of 8 Aces, the sooner you kill them, they will be less of a pain later on in game.

There no easy way to get this, just play the game and you will encounter more then enough enemy fighters to destroy. Towards the end of campaign you should be close in unlocking this achievement.
If you are gonna do the “Two hundred Targets“, you are most definitely gonna get this achievement. So you don’t really need to pay much attention to this one.

Easy achievement, missions will randomly appear through the entire game, requiring you to sink enemy submarines that are attacking your allies, throw a bomb on top of them and you will sink them even if they are going underwater(as long its a direct hit, like you would if they were on surface).

Once you are able to recruit 7 crew members, finish the mission with all 7 surviving.

Its recommended you do this early on in the game(right after you complete the tutorial), follow this steps:

Tour Of Duty
Have one of your crew survive 30 missions

1. First one is easy. you can take off and then immediately abort mission, it will add to missions flown, but will not effect the progress of missions(let me know if this still works).

2. Do it early in game, avoid critical missions(red), upgrade your plane, give max defensive gear to at least one crew member that you are trying to keep alive, make sure he is never low health and in case he is, aid him during mission and also use the bed to rest him and bring his health up.

NOTE In case your crew member dies or your plane gets shot down, pause the game before the mission ends(no matter the success or failure), quit to main menu and back into the game, it will bring you back to the point before you started the mission.

Maximum level is 12, it will take you around 40-50 missions to level a crew member up(you can combine this with other crew achievements), additional you can put “medic” skill as secondary, because it only levels up to lvl 4, and the primary skills is the one that counts towards the achievement as far i can tell.

Follow the Qualified guide and you should get this.

Bail Out!
Bail out your entire crew

Couple ways to do it, depends if you want them alive or not:

1. Buy “Mk. 2 Equipment Storage”, enough to hold 7 survival parachutes. Have the pilot issue the bail out command, wait till everyone gets their parachute and then manually tell the pilot to grab his and manually bail him out(use the hatch).

2. Second method that people are mentioning but i cannot confirm because i already got it. Fly at high attitude, make the pilot go to the wing first, then the crew couple seconds later, the plane will nose dive and the crew will fall off and die(obviously), but you will get the achievement.

You can do this early or late game, depends if you wanna kill off experienced crew or newbies at the begging of the game.

1. As you progress in the game, you will unlock the skill called “Emergency dive”, put 5 crew on the wing(make sure you leave 2 crew alive obviously), perform the emergency dive, but make sure no one has parachutes because the goal is to kill 5 crew members and leave only 2 alive.

2. Second method can be done in new campaign:

Winging it
Repair an engine mid-flight

When the engine gets damaged, you will get the option to repair it(wrench icon), send any crew member to repair it, but make sure you don’t do any sudden movements, otherwise he will fall of the plane.
Unless off course you hate that crew member and want him gone by any means necessary, its good way to get rid of someone when you think about it. After all, accidents happen right?

Best way i found doing this is:

One Engine
Land at the airbase with only one working engine

This achievement is tricky. You need to make sure your plane has 1 working engine(the other 3 need to have a wrench icon for repairs or be fully missing from the plane). The landing gear must not be damaged, attempting to land with damaged landing gear will most likely result in more damages and plane being destroyed, but if only the wing is damaged, you can attempt to land. Here are the requirement that you should have: