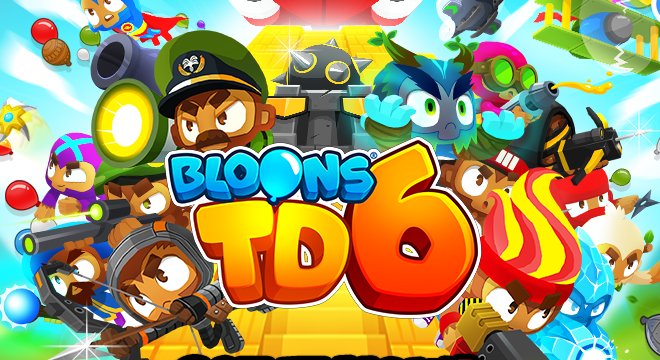 A guide around the new monkey that was released in the 12.0 Update named the “Engineer Monkey”, who has also appeared in BTD5 Deluxe and BMC.

1. Sentry Gun
The Sentry Gun isn’t very good by itself, but with other towers it can become a good cleanup, and
expends the amount of popping power the engineer has even if he has basically none.

2. Faster Engineering
A very basic upgrade, but a way better improvement over the first one,
it makes the engineer construct sentry’s much faster, letting him plant atleast 4 before they start disappearing and he places more again, keeping them at a constant 4 sentry’s,
and if you wondering, it cannot be boosted by something like jungle drums to make more sentry’s.

3. Sprockets
A very nice, very good upgrade that boost the engineer’s and the sentry’s popping power by a’lot,
and that’s cause its quite littearly, a tiny fire-rate upgrade for the sentry’s and engineer, this also mean
that it can handle group’s of Bloon’s much easier, but not nessarily counter them.

4. Sentry Expert
Ohh boy, this guy, the ultimate jack of all trades.
Honestly he is pretty good, he can drop sentry’s for any “situation” (its based
on what Bloon’s are in his radius), he has 4 types, the black one shoots mini – Juggernaut balls,
and mostly appear when ceramics are in his range, then there’s the yellow one which shoots laser, which do a bit more damage than normal sentry’s, and appear when leads are in his range (I think, this might change later after more testing), then very light blue ones, which freeze Bloon’s, but dosent do a’lot of damage, then there’s the finally the red ones, which is a normal sentry with the upgrade “Pin” effect on shots, which freezes Bloon’s in there place for less than a second.

5. Sentry Paragon,
Oh lord, the ultimate DPS machine, and honestly not a very good tier 5, but still better
than Sentry Expert, basically instead of sentry’s for certain “situations”, instead he makes these
purple, fast shooting, high damage, high explosive damage on destruction, sentry’s, which are pretty powerful, but most get him for extra DPS and the fact after the sentry’s disappear, they explode and do radius damage, and it dose alot of damage, around 200 (I think, again, more testing required)

And thats the top path, honestly the top path is a cheap, easy way to get a ton of dps without having to get something like a 2-0-4 Monkey ace with 4-0-2 Alchemist.

Middle Path Engineer is a great support tower, can can do alot of things,
including buffing in his last two upgrades.

1. Larger Service Area
Honestly a pretty useless upgrade, if you get it with sentry’s
you most likey not ever buy it again, unless your only going middle path, then its
pretty useful-ish, and I dont have anymore to say about it.

2. Deconstruction.
Hey you, yeah yeah you?
Do you hate MOAB Maulers?
Do you wish you can do even less damage to Moab’s?
Do you want one of the most useless upgrades ever created?
well, this is the upgrade for you, it littearly just adds +1 damage to Moab’s,
littearly dose nothing for you unless your going 0-2-3 Engineer, I have
nothing else to say.

3. Cleansing Foam
A upgrade that is really useful, it de-camoize’s Bloon’s and de-regrowed bloons,
it strips off camo and regrow and makes them basically normal Bloon’s, the only thing
it dosent remove is fortified Bloon’s, it acts like the Acid Pool upgrade on the Alchemist, expect
it dosent only appear when there’s no Bloon’s in range, and its white and bubbly looking,
nothing else to say expect that upgrading its fire-rate makes him place even more.

4. Overclock
Its a buff, its basically just a call to arm’s on a single monkey that you select, and thats it,
honestly its a very good upgrade for maxing out a monkey, something like a Vengeful True Sun God or something like that.

I don’t even know what to call this path, its very good, way better than top path, but not as great as
the giant that is middle path, but we don’t have very much time left, do we? so lets hurry this up.

1. Oversize Nails
a very good upgrade, especially for a first upgrade, you can littearly put it at the end of a straight track, and pop a ton of Bloon’s in a few shots, and it pairs well with 0-2-2 Ice Monkey, and that’s about it, honestly just a good upgrade.

2. Pin
Even better, than Oversize Nails are and Oversize is pretty good, basically its a short stun similar to
something like Bloon impact that stuns Bloon’s for a short time, but it has little pierce so not many
Bloon’s are stunned, and that’s really about it.

3. Double Gun
Double’s the fire-rate, that’s really about it, nothing much, nothing more, also it shoots 2 nails instead of 1.

4. Bloon Trap
A trap that sucks up too around 100 Bloon’s (I think, needs more testing) before getting full
and needing you to collect it (It acts like a banana or cash drop when its full.), and empty traps can suck up some MOAB’s, before getting full (which is around 2 – 3 before full), it gives you money when collected and it has a limit of the amount of money it gives until it reachs the lowest amount of money to give, which is 500 Coins/Dollars.

5. XXXL Trap
A bigger, better, Bloon trap, that’s really it, and it can now hold way more MOAB’s, and DDT’s too
if you get camo detection for it.

Honestly, a very good path but still trampled by the middle path’s support, but is a great way to get rid of MOAB’s fast, and make some money while doing so.

If you want me to add certain things, you should comment about it in the comments and tell me about it, cause I want this guide to be the best and easiet guide to use on which upgrades to get for the engineer monkey, but lets put down some basic stuff.

1. Price
I dident add prices yet since I want to get this out as soon as I can, and
honestly the more information on engineer monkey for people, the better.

And if you wondering, if another tower is added after sometime after 12.0, I will make a guide about it.

Anyway, thats about it, talk about the guide in the comments or something, tell me what to put, or call me a miserable piece of ####.