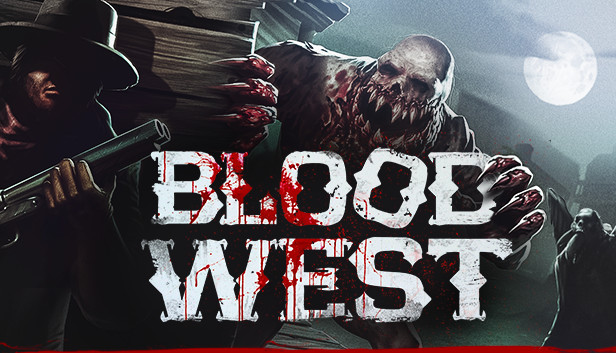 For Blood West players, this guide will provide you stats for the game’s weapons and enemies. Weapon stats were taken from the inventory menu, while enemy stats are based on in-game observation. The game is currently in Early Access so this is all subject to change.

“It’s so dull it’s more a hammer, than an axe at this point.”

Notes:
– The first weapon you acquire.
– Can kill a charging Animated Dead with a single heavy swing to the face.
– Has longer range than initially appears. If you’re taking hits using it, you may be getting too close to the enemy.

“Such simple tool, yet so effective in the face of the undead apocalypse.”

“When you tightened your grip on this axe, the vines seemingly come to life, gently embracing your hand. Almost feels like they’re “guiding” you.”

Sneaking is more efficient by 25%

Notes:
– Can be found in the Canyon, in a cave at the base of the railway bridge.

“Rusty to the point it almost breaks in your hand.”

Notes:
– Can be found in a sidepath in the starting cave, where you first fight 2 Animated Dead.

“It is not apparent if this knife is made of human or animal bone – and maybe it’s better to not ask. It fits in your grip perfectly, almost like it belonged there and nowhere else.”

Notes:
– Can be purchased from the Shaman.

Notes:
– One can be found in the burial cave the Shaman asks you to visit.
– Really requires the Arrow’s Retriever perk, otherwise used arrows break far too often when you try to retrieve them.

“You’re not sure where this bow got its unusual properties – is it because of the materials, bow and ectoplasm? Or maybe some dark ritual was performed? In any case, this weapon always hungers for blood. Anyone’s blood.”

Notes:
– Can be purchased from the Shaman.
– Combines well with the Vendigo Heart artifact which gives regenerating health.

“It’s covered in rust, but is still in somewhat working condition.”

Notes:
– Can be found near the exit to the starting cave.
– Dropped by Birdmen.

Notes:
– A handful can be found laying around the map.
– One is being held by a skeleton laying near a broken wagon north of the Church.
– One can be found in the roof of the Fort’s stables.

“It’s so shiny you can almost use it as a mirror! Killing monsters in style was never easier.”

Notes:
– Can be purchased from Jim Hooper.
– Kills MIners and Spirits with one shot and most other enemies with two shots.

“Hastily sawed off shotgun. Edges around the cut parts are still sharp.”

Notes:
– Can be found in a sidepath in the starting cave, near where you first fight 2 Animated Dead, just under the ledge you drop down from to fight the Animated Dead.

“Weapon of an infamous bandit leader. While her name is lost to the sands of time, stories of her deeds remain – especially the one about bandit’s love for making heads of her victims disappear in a red mist using her “magic boomstick”.”

Notes:
– Can be found in an open grave in the Church graveyard.

“Looks like a piece of rusted iron, but it still works. Somehow.”

Notes:
– One can be found hidden in a broken wagon between two burnt houses in the Town.

“Fine piece of craftmanship that belonged to a brave man who faced the evil – it smells of wood and formic acid. There’s a legend among scavengers, that the previous owner still lives in a strange land full of streams and he has an entire army of goblins under his command.”

Notes:
– Found in an alcove near the Boss Door in the Canyon. Climb the hill above the Boss Door, then drop off where the fence is to a lower ledge and turn around 180 degrees to find the alcove.
– You have to fight your way past many enemies, including a Vendigo, to get it, so you probably can’t go straight for it from the beginning of the game.

“With 15 bullets in clip this gun will never let you down.”

Notes:
– One can be found on the roof of the southwest tower of the Fort.

“No matter how much you scrub and clean this Winchester, it still reeks of alcohol. Whoever owned it previously, was a drunkard for sure. Or it was kept inside a barrel full of whisky.”

Notes:
– Can be purchased from Jim Hooper. 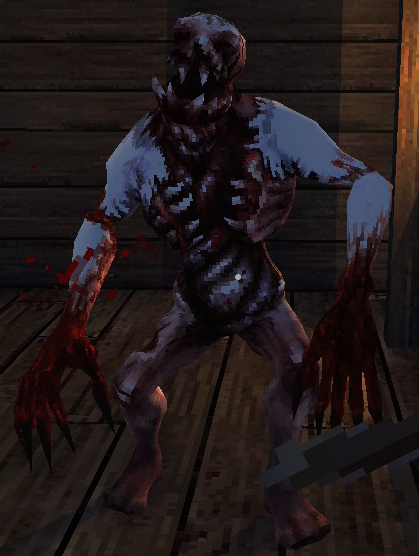 Notes:
– Can perform a leap attack.

Notes:
– Will turn red when it’s about to charge.
– Takes 2 ordinary bullets or 1 silver bullet to kill. 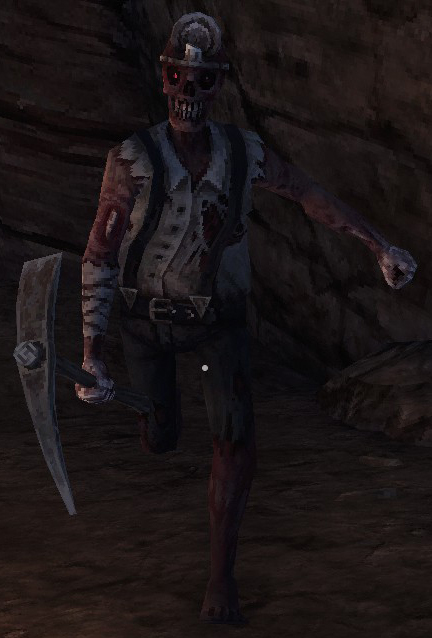 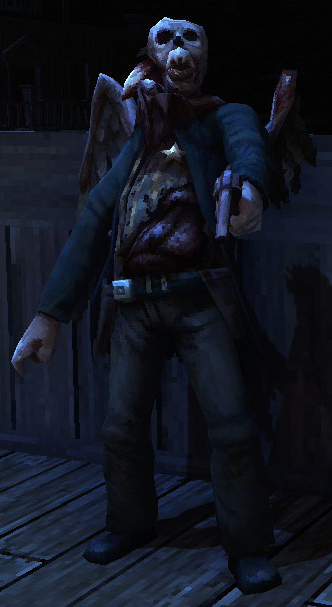 Notes:
– Carries a Rusty Revolver.
– Can use wings to dodge sideways.
– Stands still to reload after every 6 shots.
– Can lead his shots, so try to change direction as soon as he fires.
– Death is no man, death is no wraith, death is a bird flying.

Notes:
– Carries a Rusty Shotgun.
– Pauses to reload after every 2 shots.
– Wears a metal mask that will deflect 1 bullet.
– Shooting off their mask enrages them and causes them to run instead of walk.
– Can be headshot in the back of the head to avoid the mask.
– Greetings, fellow men of culture. 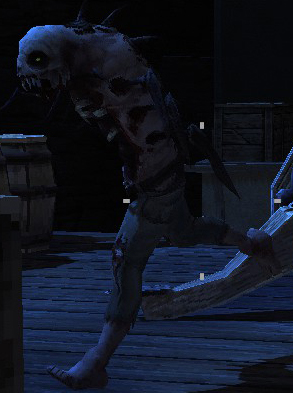 Notes:
– Spits acid.
– Will run away if approached closely.

Notes:
– Coffin acts as armor.
– Throws wooden stakes.
– Cannot run while coffin is intact.
– Attack the limbs to bypass the coffin and damage the zombie. 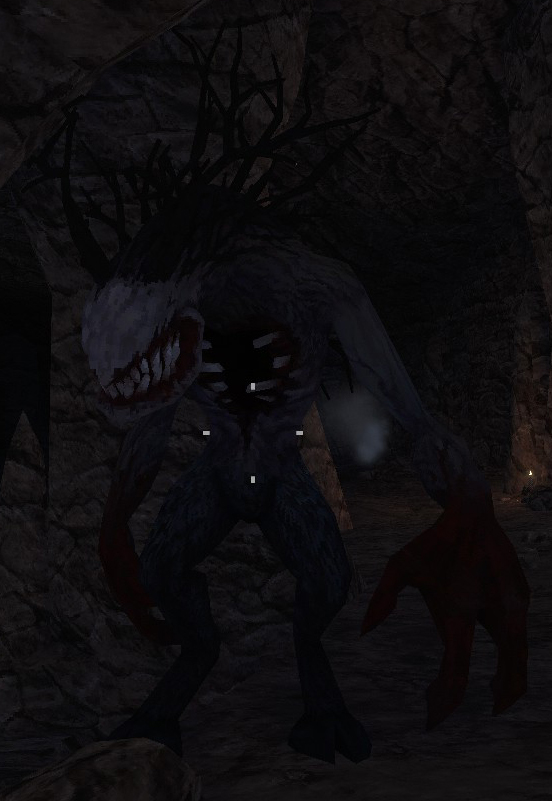 Notes:
– More than twice the size of a man.
– Runs faster than you do, so it’ll always outrun you on open ground.
– Can summon 3 spirits. Will resummon spirits if 2 are killed.
– Shoot the skull in its chest to disable its ability to summon spirits.
– Requires 6 Winchester headshots to kill.
– Best strategy is to have it chase you around a pillar, and headshot it with the shotgun multiple times.

Mother of the Roots 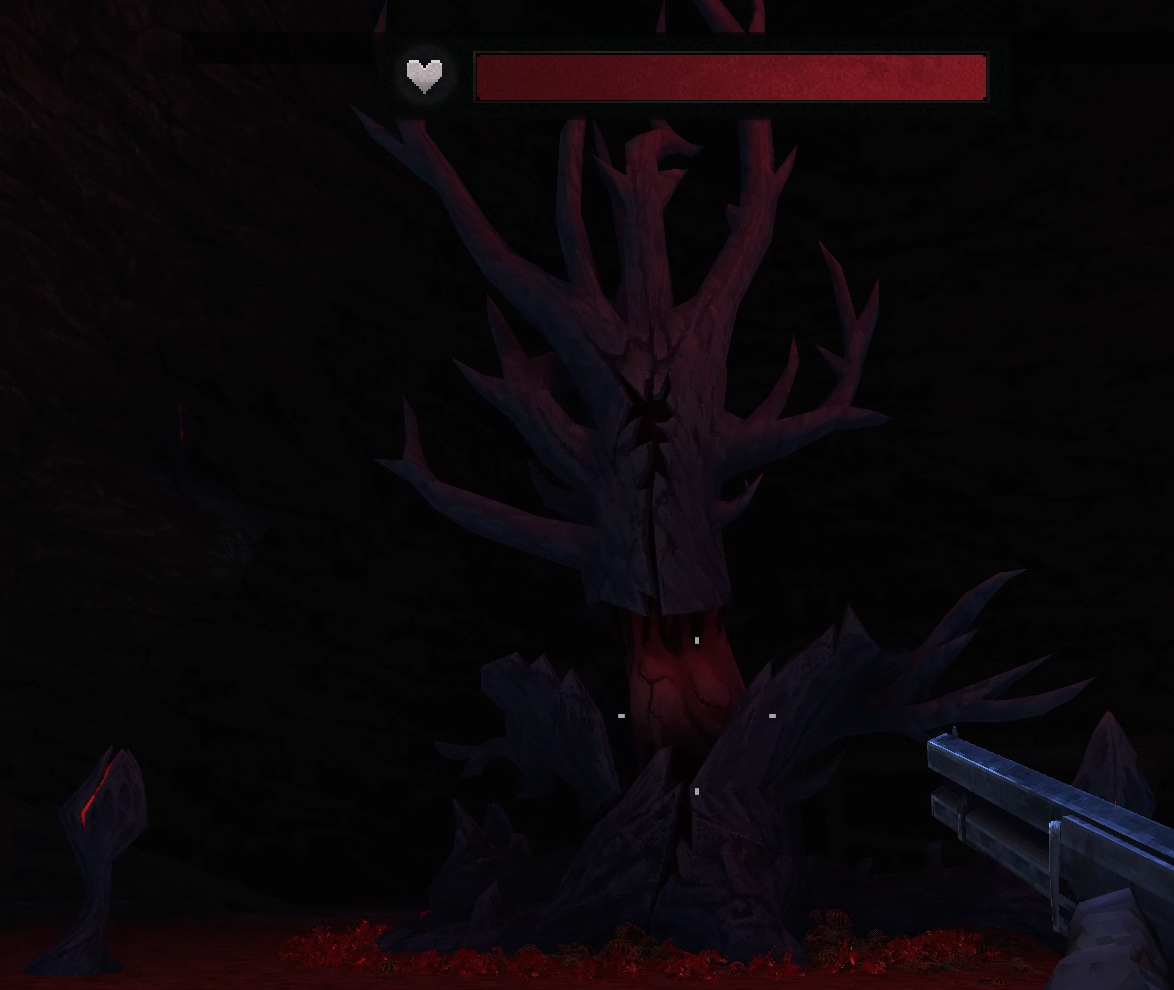 Notes:
– Boss of the Barren Lands.
– Attacks with waves of roots, a single homing root, and summoning 4 spirits.
– Root waves move in a pattern. Homing root comes up from beneath you and is telegraphed by a loud bubbling sound before coming out of the ground.
– Periodically exposes its heart, which is what you need to shoot.
– The shotgun does heavy damage to it, especially if loaded with gold ammo, but you need to be right next to it otherwise there’s too much damage drop-off due to range.
– Flesh pods around it will occasionally open, allowing you to shoot them. It’s unclear what this does but presumably it’s beneficial to you.
– Vendigos did not appear during the boss fight when I fought it, possibly because I buried all pieces of Cursed Gold before proceeding to the boss?

That’s all we are sharing today in Blood West Weapon and Enemy Stats Guide, if you have anything to add, please feel free to leave a comment below, you can also read the original article here, all the credits goes to the original author Mostly Harmless