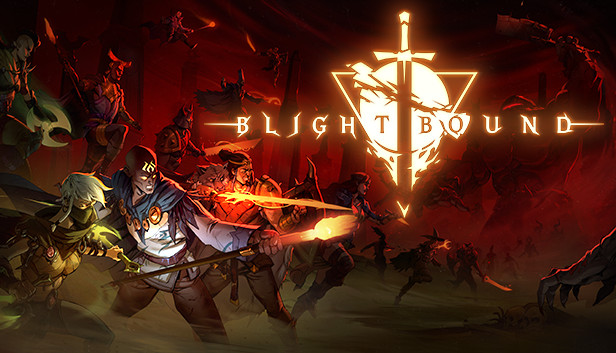 While selecting a level on the map you will notice they have differing difficulties, arranging from “easy” to “impossible”. Those denominations give a general idea of what the party can expect, but to know for sure the difficulty of a level you should check the Blight Level. Currently, the Blight Level can vary from 1 to (theoretically) 2,147,483,647.

Things that raise Character Rating are:

Equipment
The rarer your equipment, the higher the rating.

Stats
The higher your stats, the higher the rating.

Dungeons Completed
Every 3 successful dungeon runs you get +1 Character Rating.

As the Blight Level goes up so does enemy damage, HP and speed. The advantage of going for higher Blight Level runs is the better drop rates and loot rarity.

The maximum amount of points you can get on a stat is 10. You can get stat points by raising you Character Level, from your Refuge Level and from Stat Potions.

Luck
Increases your critical chance by 1% per point as well as the level of the items you find.
Items in this game are very important, so the increased drop value is very significant especially for beginners. With better items, you can finish dungeons with higher Blight Level and get even better items quicker.

Sounds like a lot, but the higher the Blight Level the worse investing in Vit as a Mage/Assassin becomes. In Blight Level 30 some mobs start hitting for around 3k, only getting worse the higher it goes.

Considering that Assassins and Mages don’t have a way to % block damage themselves this means that you are making a tanky build to potentially get two-shotted. If you don’t plan in doing anything higher than Blight Level ~25 then Vit is a good stat, otherwise you’re better off investing in something else.

Power
Increases you damage by 2% per point.
Not a bad stat, but other stats such as Luck and Agility might be preferable since they give something else instead of just damage.

Will
Reduces titan skills cooldown by 2% per point.
Same as Power. Not a bad stat, but other stats might be preferable.

Considering Stat Potions are a thing, it means that you can have all stats maxed eventually. The devs are likely to add a way to Respec in the future. Knowing both these things, don’t feel too bad if you mess something up.

Stat Potions are rarely found on dungeon runs and can be bought in the merchant by a hefty price, it seems they appear more frequently on the merchant based on your Refuge Level. I only recommend buying them if you have more than ~200k Aetheri Sparks, otherwise those Aetheri Sparks are likely better spent by buying crafting components.

Since the devs haven’t added a limit to how many potions a character can use, you can end up with unspendable stat points if you use more than 12 potions by character, so be careful.

From left to right: Agility, Luck, Power, Vitality and Will.

Bugs Related to Potions
Those bugs have been reported, this is just a heads up.

Gray Potions
Potions currently show as gray, but can be used normally.

Wasting Potions
Sometimes you can use a potion even though a stat is already maxed. The potion will be consumed but there will be no stat changes.

Same Slot Same Stat
Sometimes if you use all of your potions of one stat and the games moves (to organize the inventory) another potion to the slot you were using the previous one, you’ll be able to use the moved potion to raise the same stat of the other one. This bug might combine with the aforementioned one and make so you end up losing potions.

Going Over the Max Stat
This one has been fixed, but the consequences of it are still on the game. You used to be able to bug potions in a way that allowed to go over the limit of 10 in a stat, if you see a player with over 10 in one stat that’s why.

That’s all we are sharing today in Blightbound Efficient Stat Leveling (Loot Optimization Tips), if you have anything to addm please feel free to leave a comment below, and we’ll see you soon.