If you play Blair Witch and want to unlock all achievements, this guide will show you how to get everyone of them, let’s check it out.

**I haven’t hidden any spoilers!

To absent friends
Pay your respects to sheriff Lanning.

At the very start of the game after getting out of your truck in the parking lot, find and open the door of the Sheriff’s vehicle (It says Sheriff on the side) and interact with the sun visor, there’s a picture of Sheriff Lanning’s wife, turn the picture around to get her number. Later on during Chapter 5 when you find Sheriff Lannning’s body, pull out your phone and call his wife to unlock the achievement.

K.I.A.
Let the VA know about the lumberjack’s death.

Similar to the achievement above but later on in the game during Chapter 9 when you finally reach the sawmill, after exploring you’ll come across the lumberjack dead on the wood saw, to unlock the achievement open your phone and find the VA under contacts and call them.

Last goodbye
Find out what happened to Bullet.

This achievement unlocks at the end of the game, to acquire it you’ll need to be as nice to Bullet as possible. Make sure you’re petting him often and giving him the dog snacks in your bag. You also need to destroy as many stick charms as possible, I think they’re called Twanas. I’m not sure how many you need to destroy, I unlocked this during my first playthrough and destroyed a bit over half of them. (Just destroy them as much as possible, Bullet will usually let you know if one is nearby). Also when Bullet is injured make sure you pick him up and carry him until you pass out.

*You don’t need to worry about keeping him close to you that doesn’t matter.
*Sending him into the hole in the tree near the later half of the game doesn’t void the achievement, just pet him afterwards, but you can also just ignore it.

Last transmission
Find out what happened to Peter.

This achievement is a bit of a pain and will take 2 playthroughs to complete! Towards the end of the game during chapter 17, when you’re inside the house, you’ll need to use the camcorder to open a door with the Blair Witch symbol on it (pictured below), before going through this door however walk over to your right, sitting on top of the table is a battery (pictured below), pick it up and continue on with the game normally.
For your next playthrough of the game when you reach the white concrete area where you pick up the baseball go down the stairs and insert the code 2113 on the padlock to the door of the underground bunker, once inside interact with the radio and you’ll unlock the achievement. 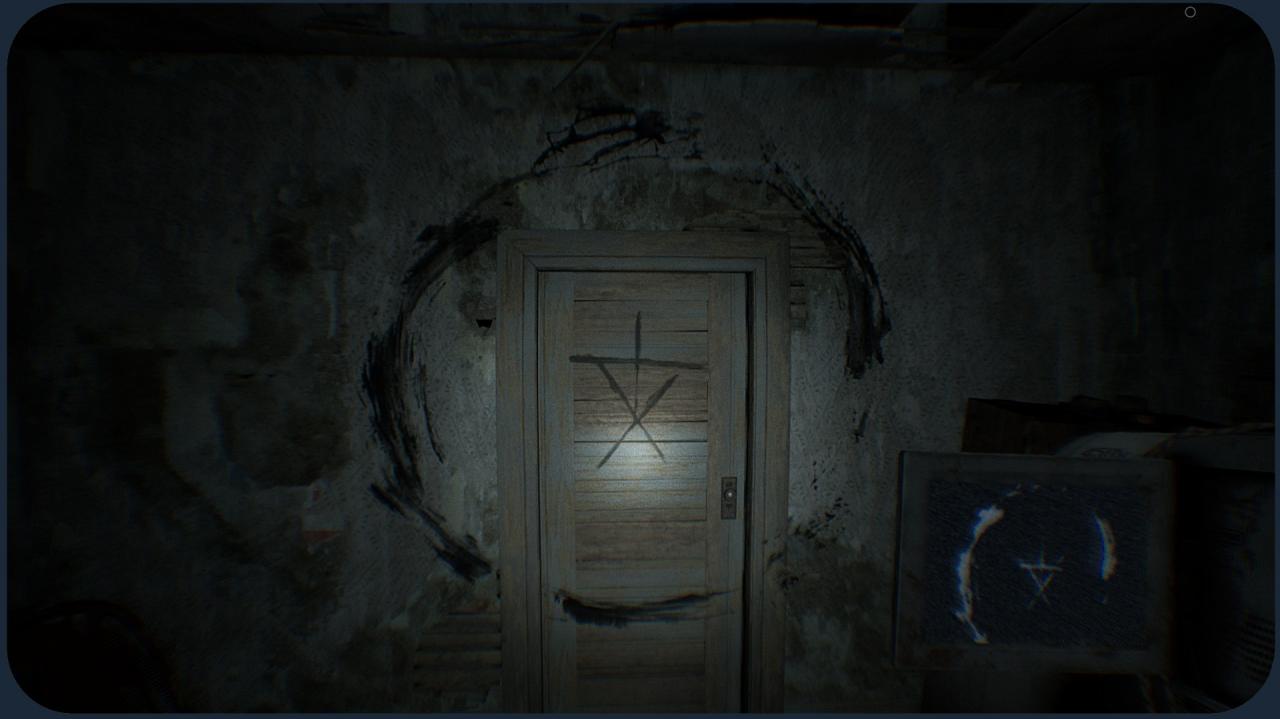 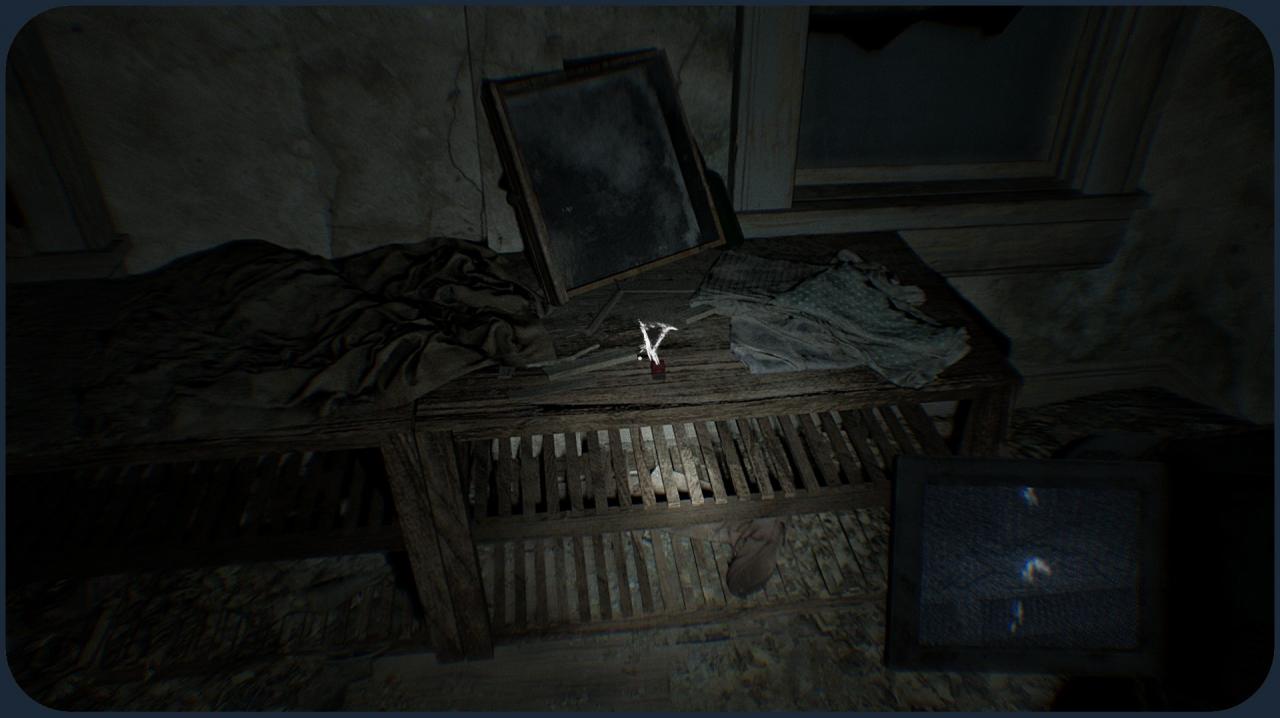 Ray of hope
Patch things up with Jess.

To unlock this you need to answer all of Jess’ calls and call her back every time you have service, each time your phone gets in range of service a cell tower icon will flash in the bottom left, but sometimes it’s easy to miss! I’ve included all phone call opportunities with Jess in my collectibles video.

Pacifist
End the game without killing any monsters

In this game you kill monsters by shining your flashlight on them, for this achievement use the night vision mode on your camcorder instead to avoid killing them. If you’re quiet and you don’t shine your light on them the enemies won’t attack you.
– After visiting Camp A, leave the cart behind and travel on foot, don’t turn on any generators, just take it slow with your camcorder out, if any enemies agro on you just let them kill you and retry.
– Towards the end of the game in Chapter 15, you’ll be in a dark cave the game spawns you looking at the ceiling and there’s a jumpscare with a big enemy above you, hitting this enemy with the light won’t ruin the achievement, however after the jumpscare make sure you put your flashlight away and use your camcorder, if you turn left straight away you should be able to see the white paint that leads you to the door.

Fast with a flashlight
Kill 10 monsters.
You should get one or both of these achievements in a single playthrough, just shine your flashlight at the monsters to kill them.

I hate pizza
Make the pizza guy lose it.You can get this achievement any time you have service, earlier on in the game you have service more often so try doing it then. All you have to do is open your phone contacts and keep calling Donny’s Pizza over and over until the achievement pops. (takes about 6 calls)

Snake charmer
Score 40 points in Cobra.Another phone achievement, go to the games tab of your phone and play Cobra, once you reach 40 points you’ll unlock the achievement.

Easy achievement, you’ll get it during your first playthrough.

What you got there?
Let Bullet bring you 10 things

Bullet will sometimes bring you things, like trash or story items. For the achievement you just need to take 10 items from him. I didn’t get this achievement during my first playthrough but it carries over so don’t worry you’ll get it eventually.

Collect all of the notes.

Lost in the woods
Collect the first victim’s photo.

Garbage Man
Pick up all the trash.

Take his face
Become CarverThis is the easier ending to unlock and will probably be the first one you get, all it requires is that you kill enemies with your flashlight and do as the woman’s voice tells you in the house. (Kill the Sheriff and pull the lever.)

Break the cycle
Help Ellis to get his redemption.This ending is a lot harder to obtain, these are the requirements:- Don’t kill any enemies, the same requirement as the pacifist achievement so do both achievements in one run to save time and effort! (Read Pacifist under missable achievements for more info)
– Don’t break any of the stick charms. Even though Bullet doesn’t like them if you just keep walking he’ll follow you.
– Ignore the woman’s instructions in Chapter 17, this means during the house sequence at the very end of the game make sure you don’t click on Sheriff Lanning or interact with the wooden lever, just keep walking. If you don’t kill the Sheriff or pull the lever, both times the door will slam in your face, just try opening it again to continue.
READ:  Blair Witch: Achievements and Endings Guide

That’s all we are sharing today in Blair Witch 100% Achievement Guide, if there are anything you want to add please feel free to leave a comment below and we’ll see you soon.