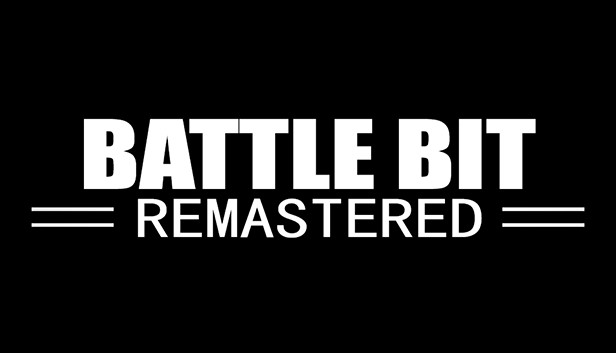 If you are a beginner of BattleBit, this is a guide for you and you must read that to become a effective soldier at your beginning of journey!

BATTLEBIT – its a massive FPS game with destruction and vehicles focused on team work between players in squad from 8 to 16 members. If your squad playing well in term of team work – you can change the rule of battle on server.

Game still in development stage, and servers working time by time. I would recommend you to join BATTLEBIT OFFICIAL DISCORD SERVER[discord.com] for get up to date information about servers .

Full time 24/7 servers will be at official release of game on steam.

Game have a shooting range where are you can test all weapons in offline mode (some gadgets and vehicles not working in shooting range!!!) 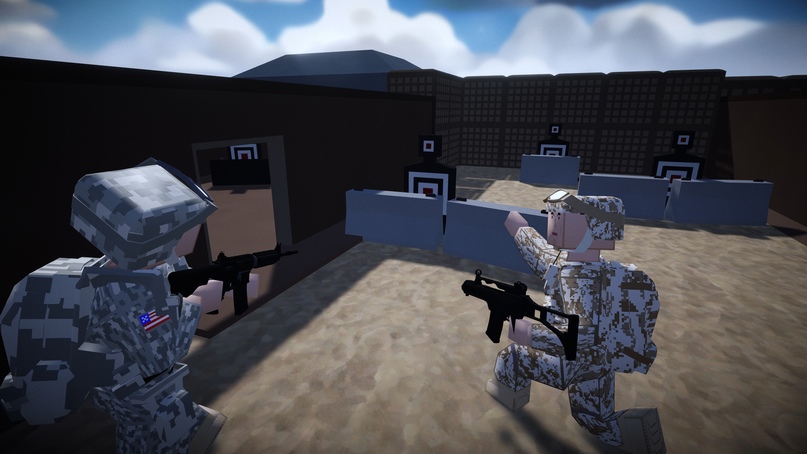 How to join to server and deploy screen UI explain.

When you run a game and after selecting language you will meet a main menu screen.
You can join to server in multiple ways: 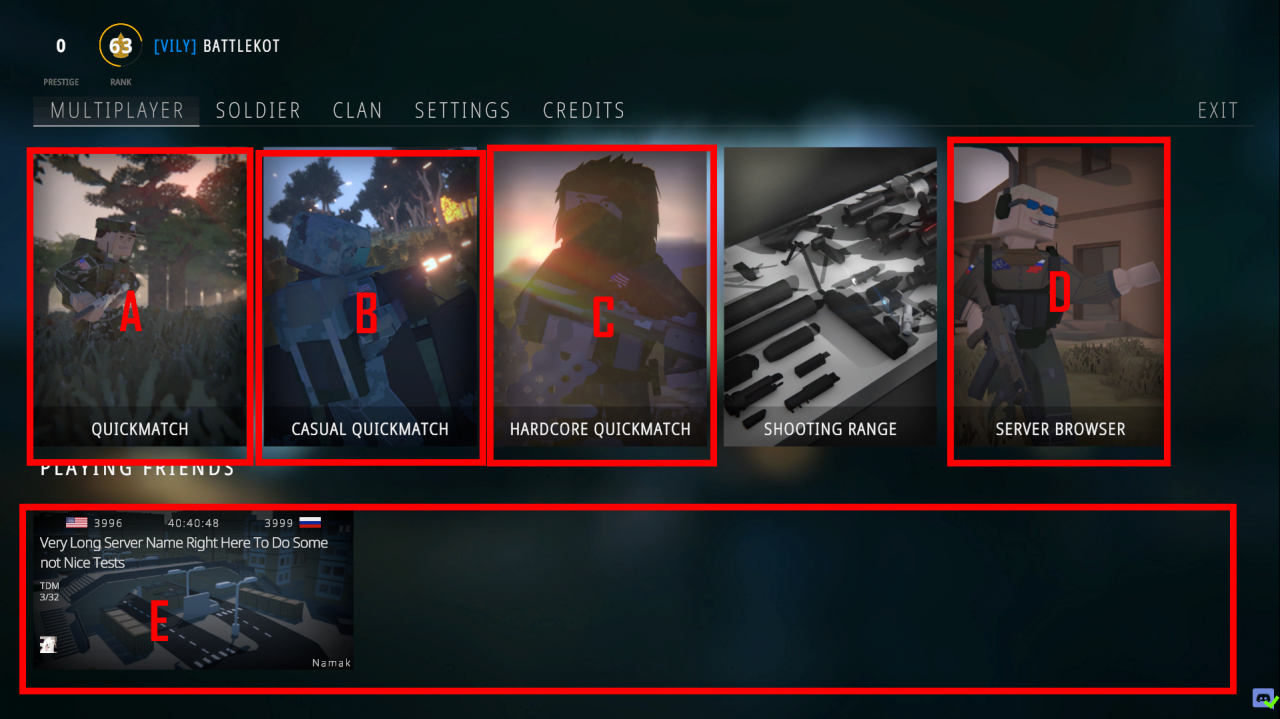 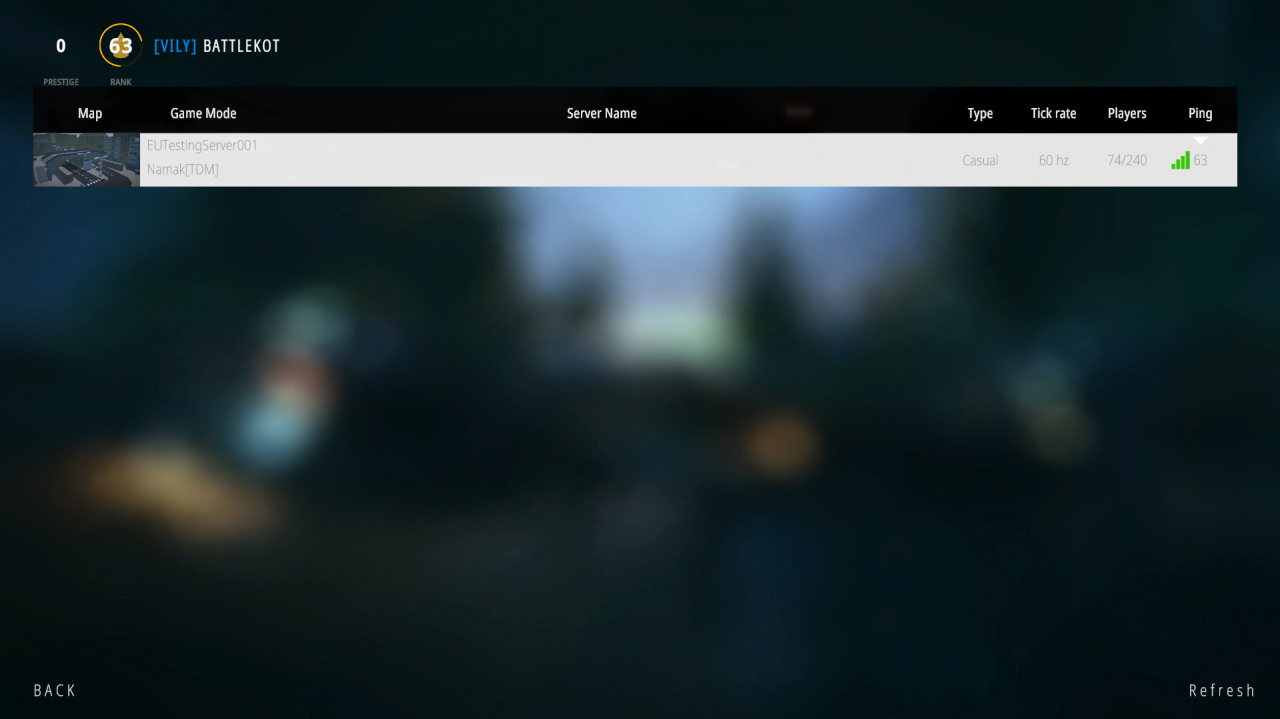 Once you open a server browser , you can discover here all available to join servers.

If list is empty – check a #game-server-status in Battlebit Official Discord Server.

– if you are see a error:
“Your version does not match with server version” – its mean that your game version not matching to server game version and you have to update a game via options > verify game files or by restarting steam. 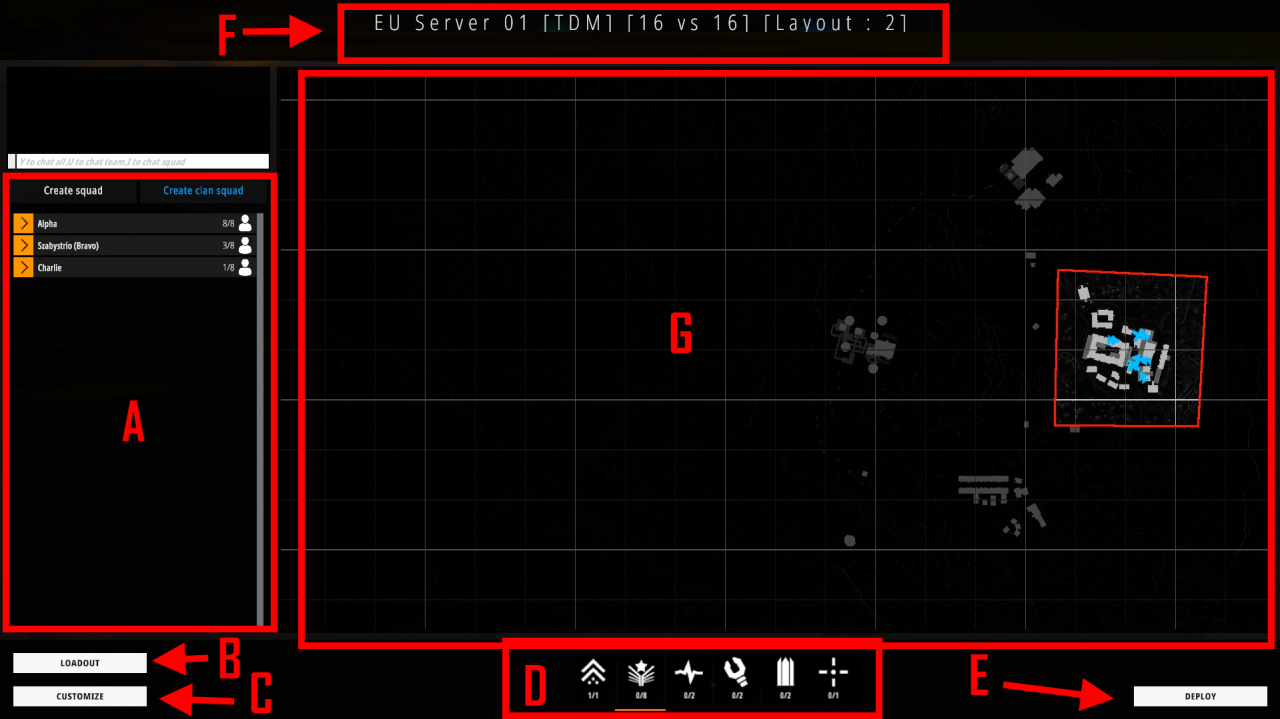 Once you join to server you will see a Deploy screen menu.

You have to join or create squad (A) , once you join a squad you will unlock all available class to play D and after that click on objective or squad teammate and click E Deploy.

•• A – Squad list – you can examine squads, join to squad or create own squad. Regular member can create a regular squad with 8 members, if you are a clan member you can create a clan squad with up to 16 players (Only clan members can join to clan squad!) . Also in front of squad you can see icons:
• green group of players – mean inside this squad your friend from steam.
• red lock – mean squad closed by squad leader.
• blue lock – mean only clan members of squad leader can join.

•• B – Loadout – a menu where are you can setup your gun, gadgets and attachments on gun.

•• C – Customize – a menu where are you can customize your character, select different armor, setup face etc.

•• D – Class list – list of available class, from left to right:
• Squad leader – a special class for leader of squad.
• Assault – a regular class with assault rifles and explosive gadgets to breach enemy line.
• Medic – a class that will allow you to heal other members.
• Engineer – a class that will allow you use heavy explosive rocket launcher and ability to use vehicle repair tool.
• Support – a class that have access to heavy armor and helmet, only he can use heavy machine gun and ability to drop big ammo boxes.
• Sniper – a class that have access to long range sniper rifle and light gear to run faster.

Some servers can make a limited amount of class per squad or team.

•• E – Deploy – a button that will spawn you. Some time spawn can be wave based or play as “Ready to play” button.

•• F – Map layout information – a bar that show you name of server, gamemode and map layout. better to make photo of that when you want to send level bug report , so we can know position of bug on map.

•• G – Map – you can move around map, zoom in and out to examine battle front situation.

A list of universal useful guides for new players.

•UG003) Fresh player – try to play as medic – i would recommend to you play as medic on your first steps, due if you not able to shoot and kill enemy well, you can at least help your team mates by healing them or share a bandages. Also healing other users will give you a lot of free XP for up you rank faster.

•UG005) Downed players is important too! – When enemy killed you and your friend or team mates near from you , better to wait for medic who will heal you. Meanwhile you able to look around and share information in voice chat.

•UG007) Mark the situation – sometime is hard to explain exactly where is sniper or enemy in big city. For this purpose game feature a Mark/Ping system. By holding a special key it will open a radial menu with ability to place different markers or delete them. Squad leader have more marks and can command attack or defend objective by using marks.

List of optional user guides that can work on some servers or gamemodes.

•OG002) Sync with driver – On hardcore servers some vehicles can be controlled by specific classes. Like you have to be a Engineer to control tank or attack helicopter. 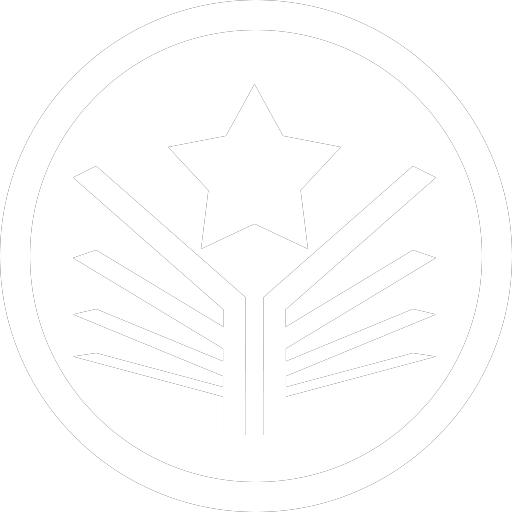 Assault is default class. You can play as Assault even without squad membership.
This class feature normal gear (Helmet,Armor,etc) and assault weapons with gadgets for breach enemy line.
Assault class tips and trick 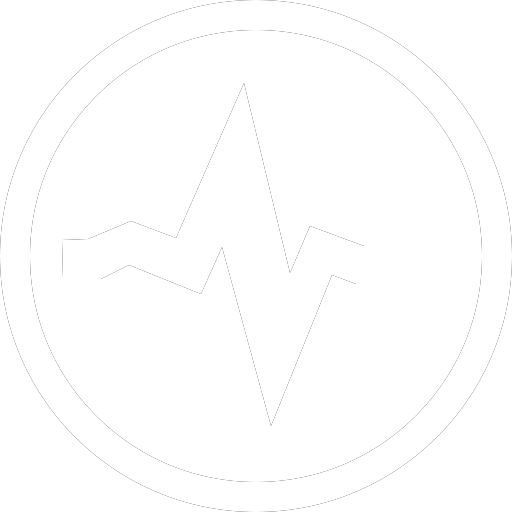 Medic is a class for heal your team and play big role for save your team tickets.
Medic have more extra bandages that he can spend on team mates or even share.
Only medic have medkit to heal team mates.
Medic guide

As medic stay behind your team mates.
If someone get down by enemy on danger fire line, try to use smoke grenades and drag your team mate to safe cover. When you are both in safe place, you can revive him by bandage and heal.
Mostly medic have two medkits, so on front line you can drop one to group of team mates and keep last one with yourself.

••• Medkit – is unlocked by default heavy gadget that you can use for heal team mates and yourself. Also you can throw medkit to the ground and any users will able to heal himself by using your medkit.
[LMB and RMB] – heal team mates or yourself.
[MMB] – throw and pick up medkit. 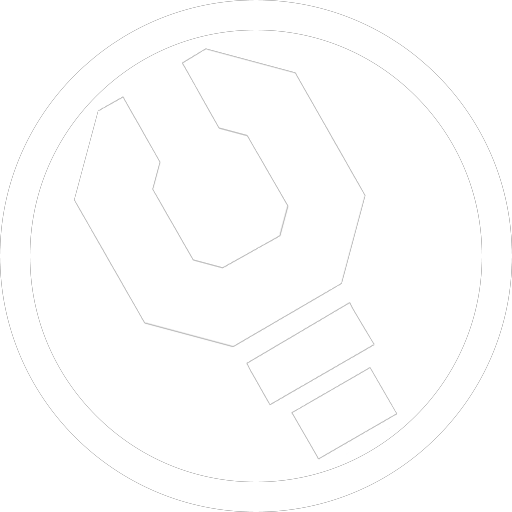 Engineer is a class for destroy enemy vehicle at distance or provide services to vehicles.
Engineer guide

As Engineer you can use Heavy Rocket Launchers or repair tool to repair vehicles.

••• RPG – you have different type of rocket launchers for different goals.
Keep in mind that you must aim and stay or crouch in term of using RPG. You can’t shoot from RPG when you lie down on ground!
• Explosive – to damage infantry and massive building destruction.
• Heat – to damage vehicles armor.
• Tandem – to super big damage to vehicles, but rockets can fly for a long distance.

••• Repair Tool – a tool for repair vehicles. Keep in mind that this took can only repaid % of damage, you wont be able to repair whole armor on your vehicle. So time by time your max amount of armor will be lower and lower after each damage from enemy side.

◘E001) Engineer can play different roles on battle. If you mostly drive vehicles – take with you a repair tool. If you mostly play as infantry – take a RPG with you. 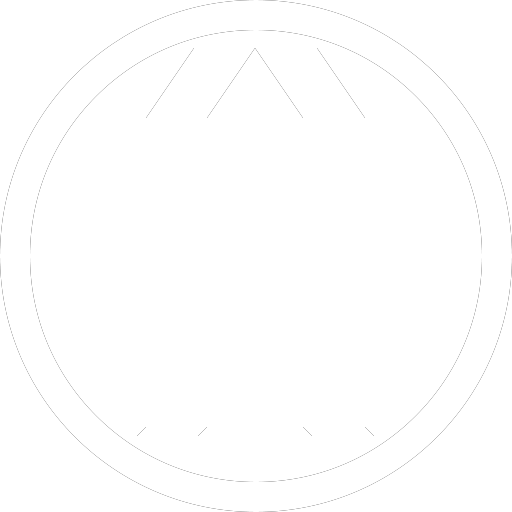 Support is a class that have access to machine guns and heavy armors.
Support guide

As Support you have to take a place on battle front , deploy your machine gun and provide a cover fire for your team mates. You have a lot of ammo , so you can waste those ammo to any target!
Also support itself have access to heavy ammo box where are you can refill ammo,grenades,bandages and explosive gadgets!

••• Ammo box – Support care with himself a ammo box for refill ammo resupply your gadgets.
For use that you have to throw it to the ground.
After that you and every team mate can click on it and use special menu to refill special things like ammo for primary or secondary weapon, grenades and explosive gadgets or bandages.
Ammo box itself have a points for each segment. So by time all supply points will gone and nobody will able to refill from your ammo box. Because of that you care with you a lot of ammo boxes!

◘ S001) Support that gear heavy armor and helmet is really heavy, you will run pretty slow compare to other members, so if you want to run long distance, take a pistol in your arm. 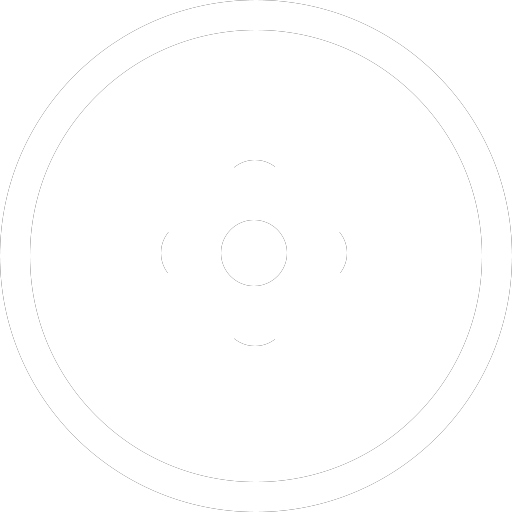 Sniper is a class that have access to long range sniper rifles and scopes.
Sniper guide

As sniper you have a advantage over other classes in term of long range shooting and light gear. If you weak light helmet and armor – you will be faster that any other class in game.
Take a good position on hill or building where are you can control most of the important area. Use bipod + range finder on your gun for most accurate shots. By using data from Ranger finder you can zeroing your scope for specific distance, calibrate that will be very useful for long distance shoot

••• Mdx 201 – Gadget for fake sniper glare. It can confuse enemy and they will think that here is sniper. You can place it around you , so enemy will see a lot of sniper scope glare.

••• Grappling Hook – Gadget for get access to a specific place or for safe climbing from cliffs.
You can deploy it at distance. Keep in mind that hook itself have limited amount of gas. Amount of gas that will be pended on this hook based by distance and height to target.
If you are near from deployed rope – you can cut it.

◘ R001) Sniper can be effective at close range too, just stay near from objective in 200-600 meters and you will provide a good sniper support to your team 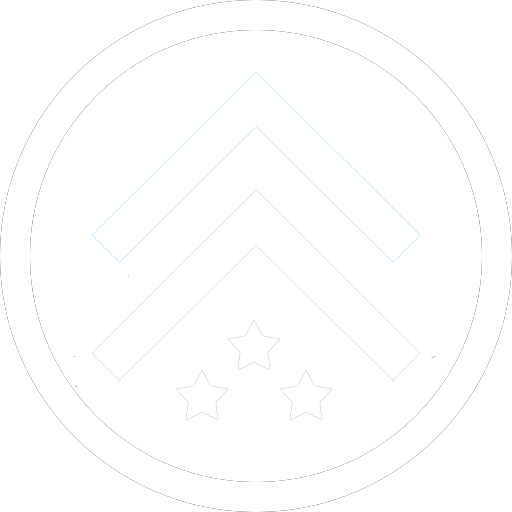 Squad leader is a important role in squad. This class have big amount of available weapons and have access to team benefits.
Squad Leader guide

••• Mdx 201 – Gadget for fake sniper glare. It can confuse enemy and they will think that here is sniper. You can place it around you , so enemy will see a lot of sniper scope glare.

List of primary and secondary weapons.
Keep in mind that in Battlebit dimensions of gun play role. For example your soldier will aim down longer sniper rifle down due no space to hold this gun straight. Because of that if you are fighting in super close combat ares – better to use pistol or SMG, due they are compact.
Assault Rifles

Primary slot weapons with big amount of ammo by default.

That’s all we are sharing today in BattleBit Remastered Basic Guide for Beginners, if you have anything to add, please feel free to leave a comment below, you can also read the original article here,  all the credits goes to the original author BATTLEKOT