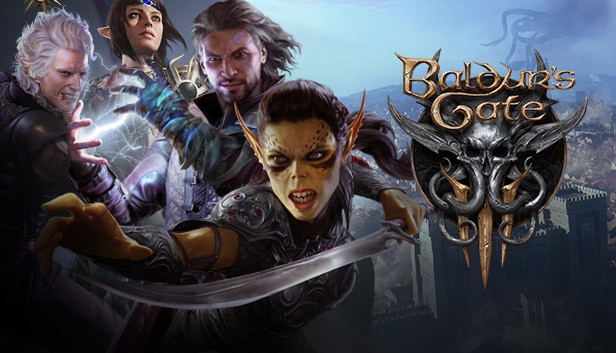 For Baldur’s Gate 3 players, this is a collection of stuff that is not immediately obvious when playing the game. Also some ideas for characters and stuff.

– press ctrl to change the direction your characters are facing. This matters because Backstab is a thing (basically you get a bonus to your attack roll if attacking from behind) this applies to all enemies and your characters too.

– Better armor is rare, only the outfit (or chest piece) actually changes AC (shields also add to it) otherwise, boots, gloves, head pieces and jewelry apply bonuses. Such as +1 to dex save or (in the case of a rare magic item) intelligence set to 18.

– Start the fight whenever you can, getting the jump on the enemy is the difference between life and death. Preferably from stealth. With a rogue. This give you a surprise round. (A surprise round is a full round where the enemy does not get to act) (note that when trying this method, often your other characters, if sneaking or out of range, will not immediately join the fight, you have to make them join manually)

– Avoid typing spoilers in your guide whenever you can.

– The higher charisma your character has the better they are at bartering, so maybe let the warlock do it, ‘ey.

– Rogues do sneak attack damage when they attack from stealth. As you level up you can use a bonus action to hide again as a rogue. However, you need to make sure you are out of line of sight of the enemy to do this.

– Ranged Rogue is kind of a thing. It is more effective to be a dual-wield melee rogue. As you get to attack again with your off hand as a bonus action. Letting you get as much as four (!!!) attacks off per round, compared to a ranged rogue’s single attack.

– Your race matters. . . like, elf and stuff. Uh, to clarify, I mean that, for example, if building a rogue, you want darkvision, you may also want the proficiency with shortbows + longbows that a Wood Elf gives you or any other racial bonuses.

– Finesse weapons allow you to add your dex to your melee attack rolls rather than your strength. Very important for high dex characters.

– The cleric is pretty essential to any party. Healing word is a bonus action that lets you pick up allies from a distance. There is no reason to ever not have healing word. KEEP HEALING WORD IN YOUR SPELL LIST!

– Bless is also kinda dope. Bane (anti-bless) is more situational but more useful in those situations.

– Crowd control is the biggest deal in this game. Anything that can stun, terrify or put to sleep the enemy. Basically, make the enemy have fewer turns & actions than you makes it a lot easier to win.

– Do not attack an entire camp of enemies when you are in the middle of their camp. Seriously, is not a good idea.

– You can fast travel from almost anywhere, good for escaping places you don’t want to be in anymore.

– The purple runes on the stones are fast travel points. Keep an eye out for them.

– Fighters are you standard, uh, fighty-person. I wonder what they do? Hm. Nice to have, but not necessary for survival.

– Your companions will like or dislike your actions. Play your cards right and you can have some fun. Or turn down everyone like the socially awkward person you are and realize why you are still single IRL too.

– Eldritch blast is a warlock spell that uses no spell slots so you can use it + your hex to deal consistent ranged damage. Or you can just punch them in the face and feel like a badass for 0.0012 seconds before the wizard next to him turns you into crispy bacon.

– Warlocks have a Sugar Daddy, or Mommy. Not sure which. Not judging, just thought you should know that the spells and stuff are on loan. Hence only two spell slots.

– Speaking of Hex. The type of ability score you hex will determine the affect of the hex. So, if it’s a big strong dude who hits really hard in melee, hex strength so he can’t hit you. Hex the dexterity of the archer, so they also can’t hit you. Or combine and hex to wisdom and a spell from another caster to give that spell a better chance of working. Sleepy sleepy trolls.

– Wizards are kinda cool, they can do immense damage, but are also so squishy. That means that don’t have much health. But it’s more fun to say squishy. *”squishy”* *hehehehehe*

– Wizards should get more AoE spells (big blasty spells) later on but I haven’t seen them so far in Early Access.

– READ THE DESCRIPTION OF ITEMS BEFORE EQUIPPING THEM. OTHERWISE YOU MAY FIND THAT GLOVES OF BLASTING BLOW *YOU* UP!

– Some items give you spells. Movement, attack and healing spells are the most valuable in my opinion. But you do you.

– Dex adds to your AC, making you harder to hit. This is more important for people in the front with light armor. * cough * rogues * cough *

– Key ability scores for each class will change. This should be your highest score. In general though this is str for fighter, dex for rogue, int for wizard, wis for cleric, and wis or dex for ranger.

– This will change on how you specialize your class though, so if you decide to run a melee ranger (why? tho?) then str and con will be more important because a) you want to hit & b) you want to not die.

– Speaking of, dying is not the end. It is merely another path. Which all your characters must take.

– seriously tho if you all die just reload a save, quick save is your friend. If only one or two die, it’ll be fine. . . I think.

– Enemies are more intelligent and less forgiving than your average combat encounter run by your friendly dungeon master. So expect to get flanked, put to sleep, have a single character focussed down, and all the things your DM could do to you IRL but doesn’t because he wants you to come back and play with him next week.

That’s all we are sharing today in Baldur’s Gate 3 – Tips & Tricks,  if there are anything you want to add please feel free to leave a comment below and we’ll see you soon.