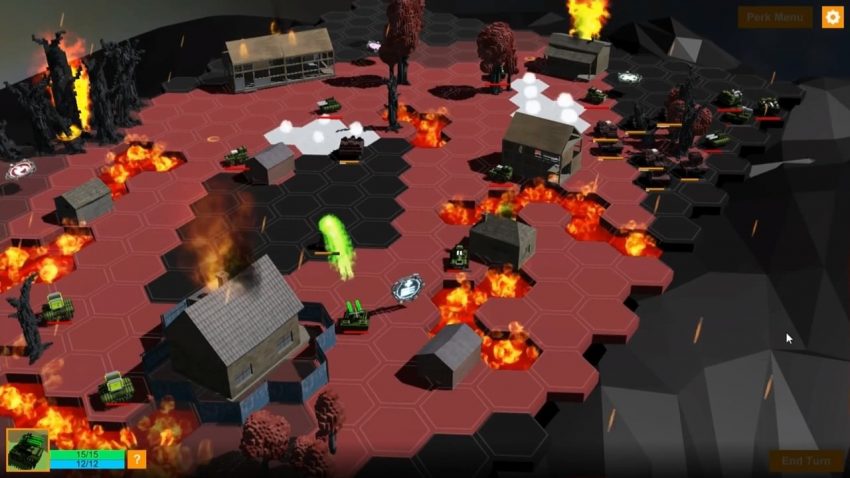 Tips and tricks from the Developers on play tactics, special abilities, power ups, using the perks.

Armorgeddon is a casual 3D turn-based strategy game that might seem easy to play at first but becomes harder to master as the game progresses through all 24 levels. This guide from Mythopia Studios will take you through some of the tips and tricks, unit features, special abilities, using power ups, and purchasing perks. We hope this will help you along the way to becoming a Armorgeddon Wasteland Commander or at least help you survive. 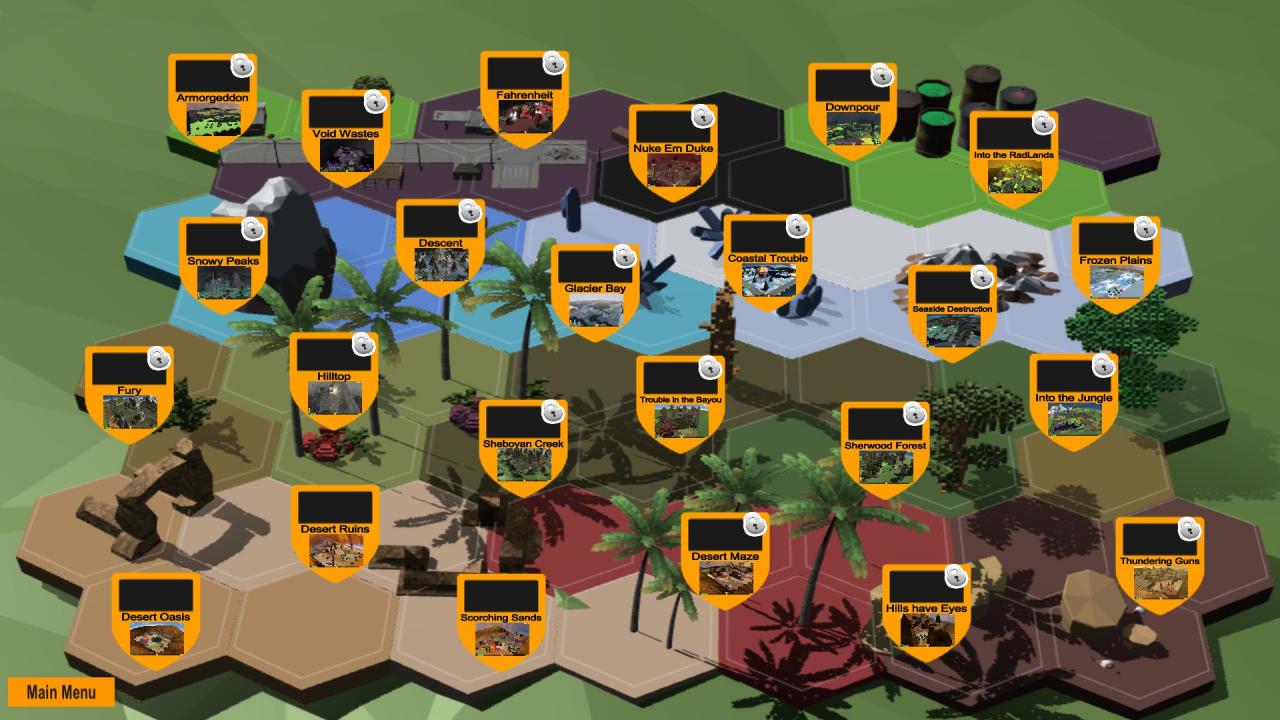 – Armor and Fuel All Units have a Armor(Health green) bar and a Fuel (AP blue)bar. Armor will be depleted by enemies scoring hits on your units. Armor can be replenished through power ups or Faction abilities (See Perks). Fuel regenerates per turn and varies in amount by the unit. The Fuel is what powers your unit for moving and/or firing. Fuel is also used when a unit’s special abilities are triggered.

Hint: Manage your Fuel (AP) wisely and don’t over extend yourself too quickly or you might find yourself in trouble. 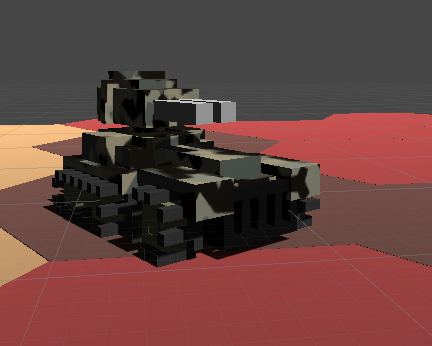 – The Jeep This versatile little unit is fast. It can scout ahead and show enemies before your other units are in range. This unit has very light armor so if it gets into trouble fast track back to safety behind your lines. It has two special abilities:

Hint: Use this unit in conjunction with your faction ability to scan the battle field to quickly assess the enemy.
Hint – If you have two jeeps use the Tag Enemy ability from both jeeps on a single heavier armored unit then focus all your fire power on them to obliterate them. 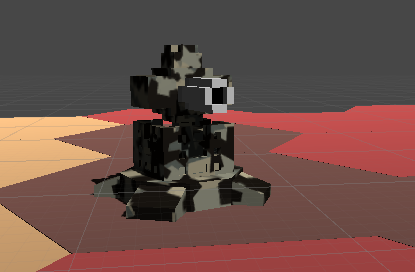 – The Missile Turret Light armor and stationary this little guy has some range. Although it doesn’t inflict as much damage as a rocket truck these can be devastating in groups. Typically used as a cheap reinforcement it can bolster your defensive line protecting your long range shooters from the enemy.

Hint: Use these in groups of two or more close together to hamper and peck at the enemies armor and pull their units away from your main column. 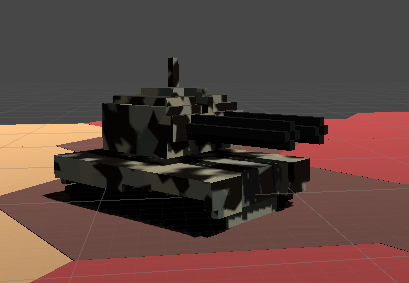 – MKI Tank This is the workhorse unit. It has good movement, good range, good sight and medium armor. The MKI can be effective against both light armored and heavy armored enemies.

Hint: Use the MKI in small group to close in on heavies or rocket trucks to keep them moving instead of firing.
Hint: Use MKI to support your heavy tanks and supplement fire power. 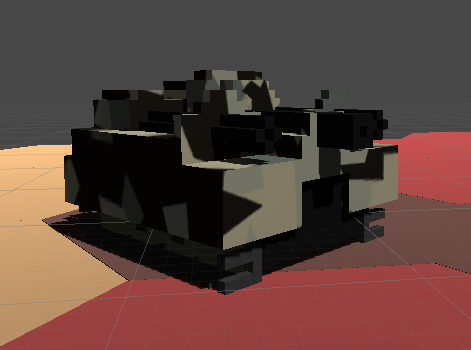 – Heavy Tank This unit packs a wallop out to a good range and has heavy armor that can withstand a beating but it moves much slower than a MKI. Moving this unit into cover and

Hint: Move this unit first towards the enemy, keep supporting units near to concentrate fire power. Use a jeep to lure single enemies into range.
Hint: If you have two Heavy Tanks, use them together focusing your fire power to pick off individual enemies quickly. 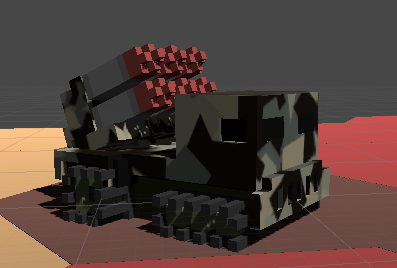 – Rocket Truck – This unit has medium armor and long range attack. That long reach comes at a price, it cant fire at anything within two hexes as its too close. It is best to keep this towards the back of your units so you can use it effectively.

Hint: Keep your rocket trucks close enough to shoot but far enough back to be hit.
Hint: Move in close against enemy rocket truck to keep them on the move and prevent them from firing on you. 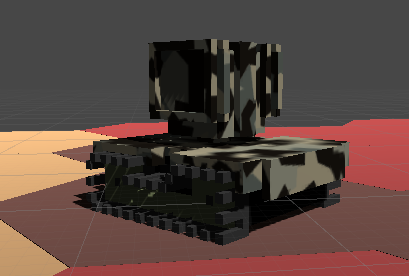 – Sonic This unit uses a sonic wave pulse to weaken armor with good effect. The Sonic moves average, has medium armor and a decent range. Its sonic ability allows it to teleport quickly to a new location.

Hint: Use the Sonic’s ability to jump to quickly move to the aid of other units.
Hint: Use two Sonics to jump behind enemy lines and wreck havoc. 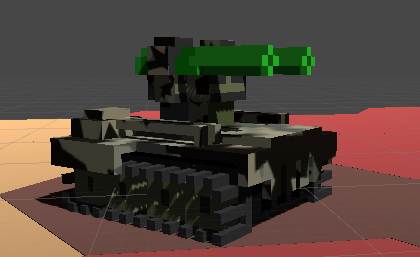 – RAD The Radiation Attack Defender more commonly known as the RAD has liquid radiation that affects the molecular structure of armor damaging it when it strikes. This unit has medium armor, good movement and average range. Normal attacks are targeted towards a single unit but the RAD has a special ability to target an area that can affect more units draining their Fuel(AP).

Hint: Use the RADS special ability when the enemy has grouped together to reduce their fuel(AP) slowing their movement and affecting their ability to fire. 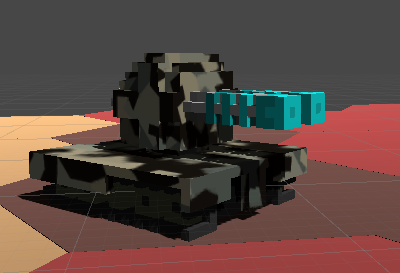 – EMP The Energy Magnetic Pulse Unit or EMP uses a energy pulse weapon to weaken or destroy an enemy. This unit also has a special ability to disrupt a targeted enemy and stop it dead in its tracks for a short time.

Hint: Close the distance between you and a target and use your EMP special ability to paralyze the enemy so your forces can take it out.
Hint: Use multiple EMP lasers to take out an enemy quickly. 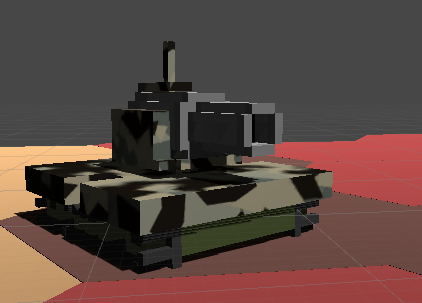 – Big Mouth Tank – This tank has a big mouth gun that can do some serious damage. The BMT has the thickest armor of all the units, it has an above average range but it is one of the slowest movers and it takes more fuel(AP).

Hint: When you have a BMT in your group move it with your supporting armored column. Stretch your fuel(AP) by skipping a movement turn to let it rebuild.

Randomly appearing on the battle field, power up icons will appear. If you move onto the hex containing one, your unit will briefly be giving a boost. Below are some hints on how to use these power ups to turn the tide of battle. 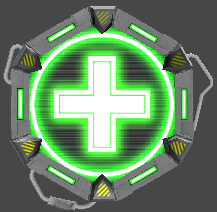 – Restore Armor If you have a unit that is low on health run for this power up to get this unit back into the fight. 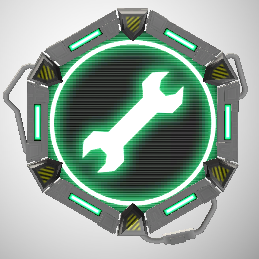 – Restore Fuel(AP) You have moved alot, fired alot and now struggling to close on that last enemy, grab this power up to fill up your fuel reserves and bring the battle home. 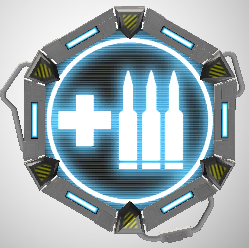 – Extra Shot Pick this power up for an extra attack, just make sure you have the Fuel(AP) to use it. 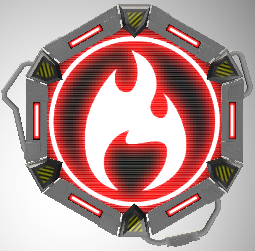 – Critical This power up can give you a critical increasing your damage and perhaps destroying the enemy. 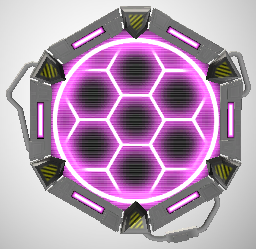 – Defense If your low on Armor and need a little extra protection, pick this up to bolster your defense. 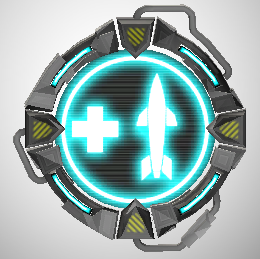 – Range If that enemy is just out of reach, pick this up to increase your attack range to blast them. 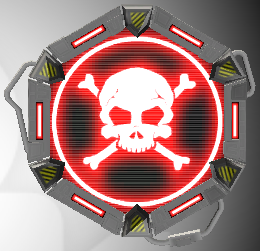 – Damage This power up is straight up damage increase. Use this to put the hurt on the enemy. 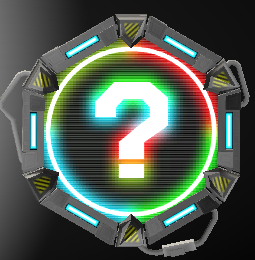 – Random Life is like a box of power ups you never know what your going to get. This is a random selection of the power ups and may help you in your critical need.

Hint: Spawning power ups are random, if you have one that’s close pick it up even if you don’t need it, maybe another one will spawn nearby that you do need.

Hint: The enemy can use power ups too so do what you need to to prevent them from getting them.

What are Perks:
For each level you win, you will get a set number of coins for your victory. These coins can then be used to purchase faction abilities(perks) inside a level you have selected to play. The Perks that you purchase are only available for that level and that session. If you exit the level or lose the level, you lose your perks. Perks will show up after purchase in the faction ability bar at the bottom of the screen and they take faction ability points to use. Faction points regenerate through each turn allowing you to use your abilities again. There is no limit on the number of times you can use your abilities during the game play.So what kind of Perks are there:.
Perks come in a variety of flavors, ones that help you out others that are attacks. Lets take a look at the Perks that are available.

Hint: On harder levels, repair unit and restore AP can help you win the day.
Hint: Save your coins for when you need them most.
Hint: If you don’t have enough coins you can replay levels to to earn more.
Hint: Sacrificing a unit could turn the tide of battle if you can get a unit close enough.