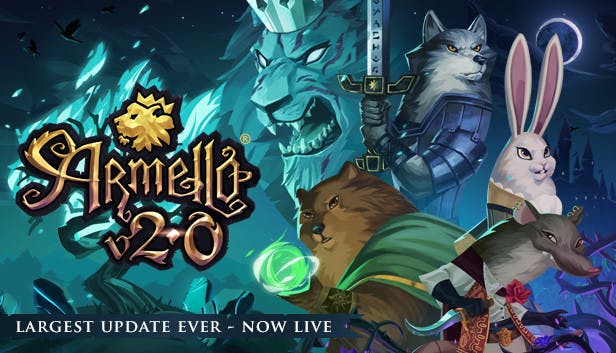 How to play Horace: the easiest, and dumbest hero in Armello.

Take Scratch (+1 fight) and Celestite (ignore mountain penalties). Draw exclusively from the item deck. March straight to your quests, then into the palace, and kill the king. Eat whatever perils and spells are thrown at you.

Created for version 2.0
“I hope I don’t regret this too.”

Horace is the easiest and most braindead hero you can play. He’s the first character I leveled to rank 10, and during that time I won what felt like over half of my games. That’s pretty impressive considering you should normally have about a 25% win rate. I don’t care how dumb you are, you (yes, YOU) can win easy games with this flea-ridden skunk impersonator.

This guide is very similar to a Horace guide by the YouTuber Pinstar.
There are two main differences between this guide and his: I argue that Horace is GOOD, and I’ll try to go into a little more detail. The TLDR is really all you need though. 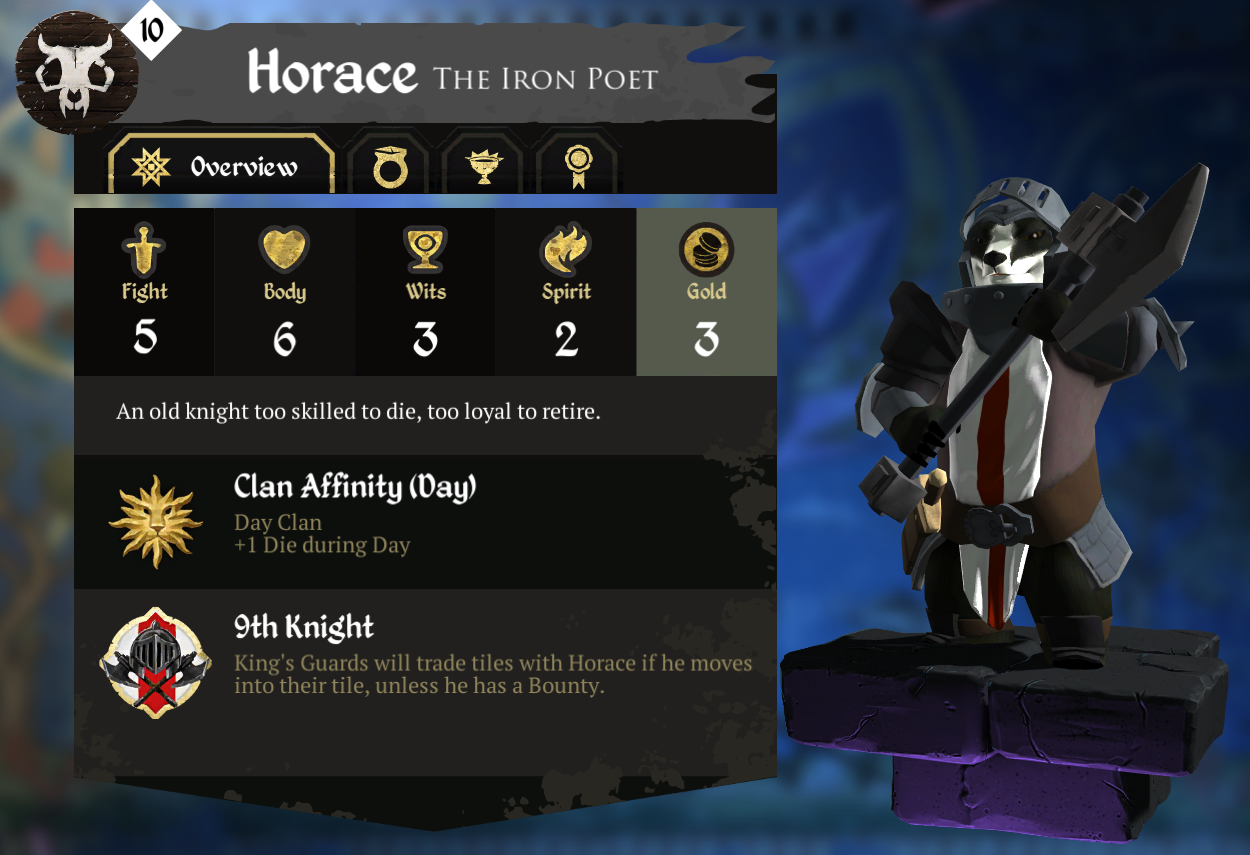 As a bonus, he finally gives some representation to the angry-short-guy personality type. Props to LoG for being inclusive.

You could try to mitigate your weaknesses with amulets and quests, but you’d likely be giving up your quest rewards in doing so. If you want to minimize weaknesses, go play a jack-of-all-trades character like Amber. Horace is for BRAINLETS. MASCULINE BRAINLETS.

The UGLY
The Plan

Sprint gets an honorable mention for the rare case where you didn’t decide to pick Celestite as your ring for some reason.

You aren’t going to be fighting guards (hopefully), so Serendibite is pointless. Black Opal can help hide you from those nasty spellcasters, but you shouldn’t waste your precious AP on making sure your turn ends in towns. Amethyst is useless because you shouldn’t draw from the spell deck.

You know what they say about guys with small hands *cough*
Since you’re going all in on the fighting stats, learning how to manage your tiny number of cards is the only thing you’ll really have to think about when playing Horace. Basically, just follow these guidelines:

Pretty obvious rules. Don’t stress about them too much or get too attached to your cards. It’s amazing how every Wake the Trees will find it’s way to you.

Countering Horace is pretty straightforward. Treat him like you would any other strong, but stupid, hero:

And that’s it! Now go win some games with minimal effort!