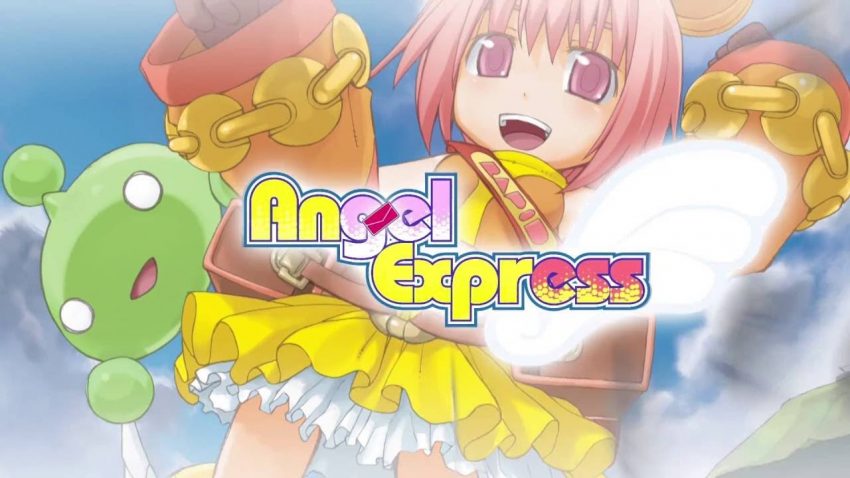 Angel Express [Tokkyu Tenshi] is a cutesy game, but you might want to need this guide as the achievements themselves are either vague or completely bugged. The guide is completely spoiler-free.

Angel Express [Tokkyu Tenshi] is a very buggy game for achievements. Here’s a sort-of guideline to work around these bugs, though none of this is guaranteed.

1. Do NOT touch the time trial mode before having beaten the game (the true end). This is because you unlock the final time trial stage after beating the game, and due to wonky programming it may not unlock if you have done all the time trials before unlocking that one.
2. You’ll probably be done with the game before hitting the 20 hour mark which is required for an achievement. These 20 hours need to be done on a single save file.
3. For some achievements custom stages do work, for others they don’t. It’s very vague why some do and others don’t.

You have to go through the story multiple times. It’s recommended to go from the lowest path to the highest paths and get each ending, then do the same for when the black crystals unlock. Planning is key and will save you a lot of time.

Focus on beating the story first, then focus on the combination achievements first as they might make progress towards the other achievements in the progress.

The following achievements can’t be done in combination with other achievements to make the road easier or more efficient:
Bizarre Runner

Stomp on the heads of enemies more than 200 times. Just jump on a head whenever you get the chance and eventually you will unlock the achievement. This achievement *should* be boostable in versus mode.

Use bombs to destroy a total of 100 objects. Will also unlock throughout the course of the game.

Create 10 custom stages. The easiest way to do this is to just create a stage and duplicate it 10 times.

Get the true ending. First do every path once till you get to every ending, then get all the black crystals (use this guide by Vox although they’re usually in clear sight) and finally the true ending.

Fall in pits at least 100 times. There’s nothing more to it. If you really want it done quick, just create a stage with many pits and set the scroll size to high.

Attack a fire breather 20 times. These appear pretty frequently in later stages. I think you can also abuse time trial and versus mode for it but don’t take my word for it.

Put in at least 20 hours on a single save file.

Get all the coloured stones in 10 different stages. This wouldn’t unlock for me at least when playing only the same stage.

Jump on a total of 256 mushroom enemies. This will most likely happen over the course of the other achievements so save this one for last, if not just boost it with custom stages.

This one is very easy, but to get the items for stage creation you need to do some stuff in game. But most likely when you’re done with the story you should have everything. Just put 10 arrows and 10 falling rocks in a stage, save it and the achievement should pop up.

This is the most challenging achievement of the game. You have to outrun the Golem boss without ever slowing down. This means no damage, no hitting a wall, and just full speed. Unfortunately I can’t give you much advice on this as it is memory-based. The moment you do slow down, just restart the stage because it will cost a lot of time to get back to that stage.

Like I’ve said before, it might be possible to boost progress on other achievements on custom stages. There is no counter in game so I unfortunately can’t promise anything. With that in mind, you can create stages with obstacles and enemies that may help you towards other achievements, and that’s where the following achievements come in:
Beginner Huntress

Have 20 more wins than an opponent. Get a second controller or grab an NPC and race on a (custom) stage. Ideally it’s just a plain short road with a start and finish so the races last only about 20 seconds. Don’t forget that you can do the following achievement at the exact same time.

Complete 20 versus races with Rule 1 (scroll speed up) or Rule 2 (fixed scroll speed). The former is the fastest of the two I’d say. Activate this while doing Beginner Huntress.

Reminder that you should only do this Combination after having beaten the story to avoid
possible achievements not unlocking.
Lightspeed Fighter

– Beat every single time trial stage. In case you’re not sure if you have or haven’t beaten a time trial, you can always check the records menu. Or you can do the following achievement:

Save 10 replays of a time trial. Sounds easy, is easy.

Angel Express [Tokkyu Tenshi] is a pretty easy to complete with the exception of one achievement. That is, if it works. There is no indicator in the game to see how many enemies you have killed, how many times you’ve used a bomb etc. That’s also why I can not confirm that using custom stages works for these achievements. If anyone can actually confirm that, please do and I’ll change the guide!
Written by Neppy