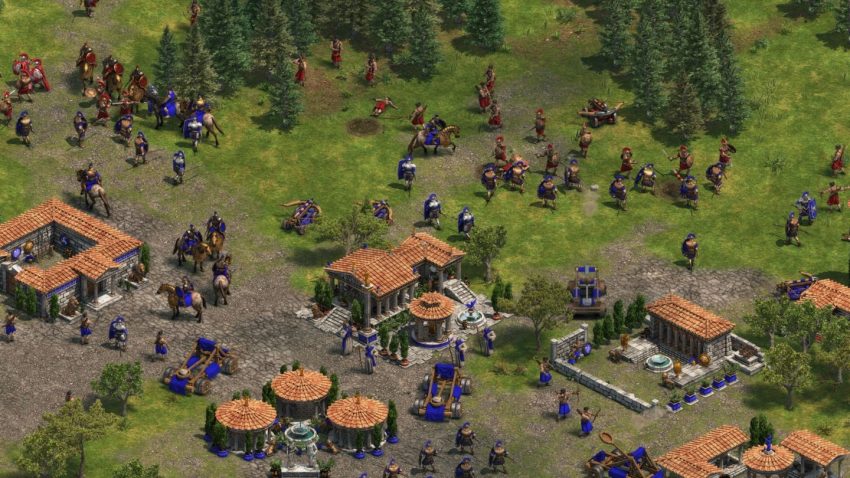 Here is a compendium of all the Cheats that appear in AoE: Definitive Edition.

To Enter Cheat Codes, simply go into a game (Single Player only of course), click ‘ENTER’, and type in the code. The codes are case sensitive.

BIG MOMMA: Winsett’s other Z car, similar to the previous one but it’s a white car instead of black. Requires Town Centre.

BIG BERTHA: Turns all Stone Throwers and Catapults into Big Bertha, which is stronger.

PHOTON MAN: Laser Trooper wearing a space suit. Fast, works best when you have five or six of these. Requires a Town Centre.

E=MC2 TROOPER: Creates a Nuke Trooper. Looks like the Laser Trooper, but fires one arrow with massive damage. Slow firing rate with 88 range — can be lethal over a long range. Requires Town Centre.

POW: Creates a BabyPrez, an infant on a tricycle armed with a deadly weapon. Great at destroying enemy soldiers. Requires Town Centre.

HOYOHOYO: A Priest who moves very, very fast with 600 hit points. Create these before researching Mysticism at the Temple to double hit points to 1200.

STORMBILLY: Creates a Zug 209 robot that shoots lasers at enemies. Best used in groups of five or more. Requires a Town Centre.

DARK RAIN: Turns all your bowmen into Composite Bowmen who turn into trees when they’re not moving. Perfect for stealth attacks.

BLACK RIDER: Turns every cavalry archer into Black Rider. The unit gets a cool name and description but not much else.

FLYING DUTCHMAN: Allows Catapult Trireme and Juggernaut ships to move on land.
ICBM: Upgrades the range of Ballista and Helepolis to 100.

MEDUSA: Turns villagers into Medusa, which means they come back from the dead twice. First time they die, villagers become Black Riders, and the next time they turn into Heavy Catapults. Doesn’t apply to existing villagers but new ones you create. Any villagers you create can’t collect resources after you use this cheat. Requires Town Centre.

JACK BE NIMBLE: Catapults throw villagers instead of stones. The animations change a bit depending on the direction you’re attacking.

KING ARTHUR: All birds become flying dinosaurs, or dragons if you want to call them that.

REVEAL MAP: Shows you the entire map including resources and trees. You can’t see enemy units with this.

NO FOG: Removes the fog of war and reveals the position of all units.

STEROIDS: Removes the waiting time for creation of units, buildings, or for upgrades. Does this for all players, not just you.

RESIGN: In case you want to lose immediately.

GAIA: Lets you control animals but you lose control of your own units.

KILL1: Kills one player. You can use KILL2, KILL3, etc (up to KILL8) to destroy other players (including yourself) too.