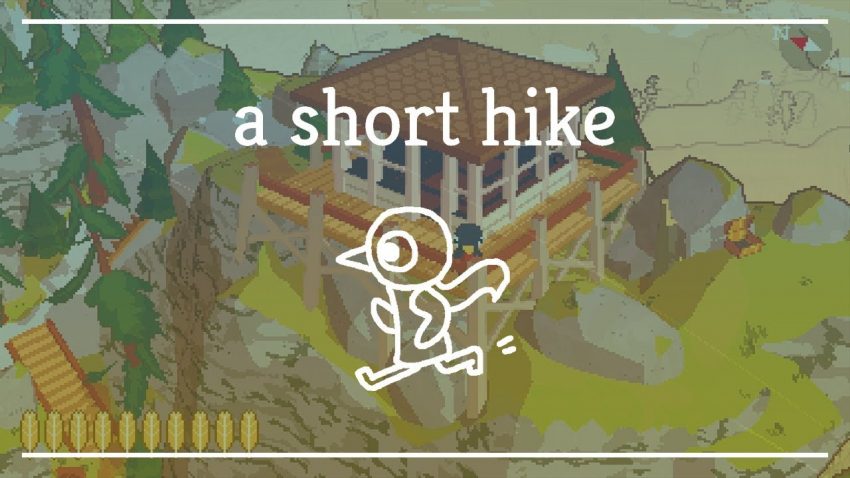 This guide is designed to help you if you struggle with the overall progression.

In order to avoid skipping anything, you may want to talk several times to each animal you will meet. Many of them have quests for you, and their rewards are sometimes required to help you progressing through the mountain, but they are also necessary if you want to unlock all the achievements.

Moreover, as soon as you discover a new water source, be sure to fish for a minute or two. A couple of tries should be enough to allow you to get a new entry in your journal.

Eventually, do not hesitate to explore the mountain away from the main trail, because many chests and resources are hidden around the mountain.

📷
Meeting point: First beach next to the aunt’s cabin
Quest 1: Bring her 15 seashells
Tip: Seashells are spread all over the mountain and your surroundings. You can find way more than just 15 and you should be able to gather them through your normal progression.
Reward: None

Quest 2: Deliver a necklace to the Ranger May
Tip: Talk to your aunt, by the fireplace near her cabin.
Reward: Golden feather (even if it wasn’t meant to be a reward)

📷
Meeting point: First beach next to the aunt’s cabin
Interest: Teaches Claire how to use a compass
Reward: Compass

📷
Meeting point: First beach next to your aunt’s cabin
Quest: Bring him a toy shovel
Tip: You can find several toy shovels around the mountain. The nearest one is located on a grass patch a little bit further, just follow the main path and you should find it quickly.
Reward: Regular shovel ⚠️

📷
Meeting point: ⚠️
Quest: Find her headband
Tip: Talk to the turtle (Taylor) to get his own headband.
Reward: Running shoes

📷
Meeting point: Near the 2 caravans ⚠️
Quest: Find his watch
Tip: The watch is held by the tough bird at the entrance of Hawk Peak trail. Give him 400 coins and he’ll thank you by giving you the watch.
Reward: Silver feather

⚠️ 📷
Meeting point: Illegal camping spot (blue tent) near ⚠️
Quest: Find his camping licence
Tip: The licence has been eaten by a fish: cath a few ones in Meteor Lake and you’ll get his licence.
Reward: Fishing baits

📷
Meeting point: Boat, located near the electric pylons
Quest: Will buy any fish you bring him. He will trade you any fish you already shown him for fishing baits.
Reward: Bring him enough fish and he will give you his journal. Bring him each single species listed inside and he will give you the golden fishing rod and you will unlock the “The Fish Are Biting Today” achievement.

📷
Meeting point: Entrance of the Hawk Peak trail
Interest: Sells golden feathers (100 coins each)
Tip: By talking with him, you’ll learn that he does sell feathers because he needs 400 coins for his tuition fees. If you give him those 400 coins, he will lower his price (40 coins for a feather) and give you the mouse’s watch.
Reward: Mouse’s watch

📷
Meeting point: Southwest peninsula
Quest: Help him finding inspiration for his paintings
Tip: Each time you will meet him, be sure to talk to him several times. At the end of each discussion, he will try to find inspiration elsewhere. After meeting him, he will move to the lighthouse, then he will set his easel above a waterfall, then near the graveyard, then on Outlook Point and his last inspiration source will be the visitor’s center.
Reward: Golden feather

Meeting point: Little island, north-east from the fisherman’s boat
Quest: Pick up all the waste on the island
Tip: While talking with him, he will offer you to buy a hat like the one he wears. You will be able to buy it for 100 coins or more, depending on the choice you will make during your conversation.
Reward: ⚠️

Map location: In a chest located on the deck of the fisherman’s boat
Treasure location: Dig at the tip of the lighthouse shadow

– The Treasure of Sid Beach –

Map location: The dog gives it to you if you talk to him while he is standing on Outlook Point
Treasure location: ⚠️

Map location: In a chest located near the abandoned building
Treasure location: Dig on the grass top of a rock platform on Royal Ridge

8 thoughts on “A Short Hike: Quests, Treasure Maps and Tips”