There are nine ruins in the area.
After 6 minutes from the game start, “The Dragon’s Jade” will be spawned randomly from the three ruins and once you obtain “The Dragon’s Jade”, you will be able to verify “The Altar of the Dragon” which will be the exit point to finish the game

The mysterious wanderer(NPC) will be spawned into the area after few minutes from the game start. It will be marked on game map and you can find the NPC around the marked area. Once you find the NPC, you can talk to her and receive high-valued item randomly.

The poison trap that surround the ruins once the game starts cause deadly damage to player who enters the area .
When the Dragon’s Jade is spawned in ruins, it will be removed from it and stays only in the Altar of the Dragon. 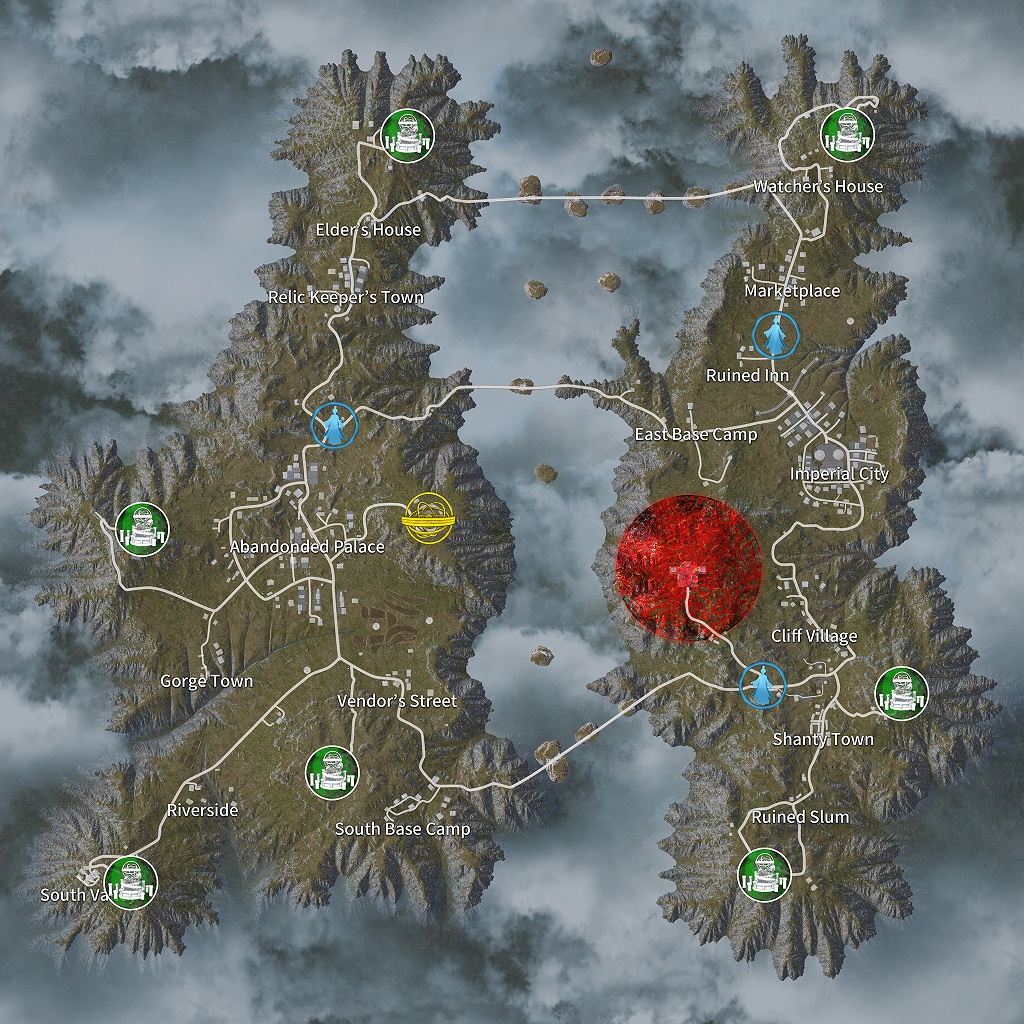