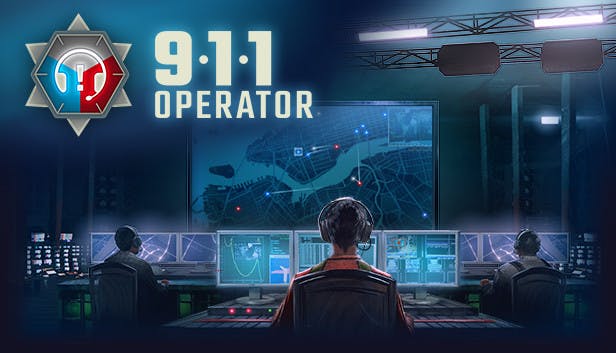 A guide about the statistics, mechanics, and capabilities of the vehicle, staff, and equipment in freeplay. All my personal testing is done in freeplay and anything not confirmed by me will be noted as such with a link to the source. This guide is a work in progress as I can’t access the games files directly, if you have any additions or corrections post them in the comments and I’ll get on it as soon as I can.

This guide is meant to help to keep track of some of the games systems and stats as well as things the game doesn’t mention in it’s various tips and popups and is meant for both veteran players needing a cheat sheet as well as for new players. I’ve tried to confirm as much of the info as I can, anything I haven’t personally confirmed (which is probably going to be a fair bit) I’ll provide a link to the source where possible, if you don’t see a source link or note as to the lack of a source then I’ve confirmed it to the best of my ability and time. If you have any corrections or additions drop a comment and I’ll get to it as soon as I can.

Here you’ll find details of your staffs behaviour.
You can place any staff member in any vehicle.

This means you can have firefighters in a police car, police officers in a ambulance, and paramedics in a fire truck. Keep in mind though that this doesn’t change anything about the vehicles capabilities, so even if an ambulance is fully crewed by police it still won’t transport criminals and police cars won’t transport the injured. But some vehicles, like the mobile hospital, can benefit from being staffed by medics, or you might have a hybrid medical/technical rescue crew in a technical truck etc.

Any staff member will do almost any job if the have nothing to do.

This one’s important to keep in mind when dealing with fires, if a crew member doesn’t have any jobs of their specialisation to do (such as injured to treat for the medics, suspects, victims, and witnesses for police and fire or technical work for the fire department) then they will work on almost any tasks at hand, for example if you have a fire with an injured person and send two ambulances and a fire truck, as soon as the casualty leaves for the hospital in one ambulance, the second medical crew now having nothing to do will attempt to fight the fire alongside the firefighters risking serious injury or death. So always remember to pull out any units from dangerous situations unless they are necessary.

All staff will prioritise treating or stabilising the heavily injured before all else, police will devote one or two officers to every injured person, leaving the rest to deal with suspects etc. while firefighters will usually devote the majority of their crew to the injured, as soon as the injured are treated or taken to hospital then they will focus on everything else. If someone is only lightly injured then their priority seems to depend on the situation, so fire or criminals will be dealt with first as they pose a bigger risk than a few cuts and bruises.

All staff present will get involved in a fight.

If a fight breaks out at an incident all emergency staff present will get involve regardless of their job, though this rarely poses a threat as each person can only fight one person at a time and a criminal will usually start fighting with the police and focus on the officer who irked them leaving other officers, medics, and firefighters free to assist the attacked person.

Suspects, witnesses, and victims can only be dealt with by the police.

While in the event of violence everyone present gets involved to assist the victim, under normal circumstances only police officers can take victim and witness statements and check, fine and/or arrest suspects. As far as I know these are the only job specific tasks in game as of right now.

Staff can be dismissed by dragging them to the hiring panel on the right.

You don’t pay salaries to staff who are not on duty.

The higher a staff members rank the higher their skills and salary.

An assumption on how skills affect tasks
How tasks presumably work.

This is an assumption by me regarding how tasks appear to work I have no proof of any kind as to my theories validity, with that said here it goes.

A task requires a certain number of “ticks” to be completed until it is considered finished and the time shown ingame is based on one averagely skilled responder working on the task, ergo the more skill he has or the more people involved the faster it counts down.

Again this is just a theory so don’t take it as anything more.

This formula applies to all player controlled vehicles. As such you should always aim to have someone with a driving skill as close to or above 75 in every vehicle to ensure vehicles hit at least their base speed. It does not appear to be boosted by any equipment. I don’t know if driving skill affects acceleration.

unknown. I have no idea how marksmanship affects firearms usage, I assume it works as chance for each attack to hit or how much damage a hit does. I base this on nothing other than that my SWAT team, all of whom have at least 80 marksmanship, tend to finish fights faster than officers with lower marksmanship but same equipment.

The suspects skill is unique to the police and determines how quickly an officer can process suspects, witnesses, and victims. The higher it is the faster the officer works.

The injured skill determines how effectively a staffer deals with small injuries, these usually but not always do not require hospitalisation the injury grade is determined by the number of blood drops in the bottom left of the portrait, 1 drop indicates normal injuries and 2 drops means severe injuries. Medics always have the highest default injured skill.

The H. injured skill determines how effectively a staffer deals with heavy injuries, these always require hospitalisation. Heavy injuries are indicated by two blood drops in the bottom left corner of the persons portrait. Medics always have the highest default H.injured skill.

The Fires skill determines how effectively a staffer deals with fires. Fire fighters have the highest default fires skill.

The search skill determines how effectively a staffer deals with searches,that is to say with the search task you find at an incident, it does not appear to affect how quickly a crew can search individual cells in a search grid. Fire fighters and police have the highest default search skill, though in my games it does seam to vary quite a bit for police officers whereas FFs have a more consistent skill level.

defuse robot
5000
none
police only
remote securing of bombs

I used generic fire, rescue, police, and multi service icons where I couldn’t find specific ones. All image credits go the wiki.

Equipment can be sold at half price by dragging it to the buying panel on the right.

Equipment bonuses stack, that is to say equipping two of most items will grant both their bonuses.

Vehicles don’t have any equipment in them and while many provide stat bonuses they don’t cancel out or conflict with equipment in any way that I know of.

I ran out of space in the previous chapter.

I used generic fire, rescue, police, and multi service icons where I couldn’t find specific ones. All image credits go the wiki.

A vehicles maintenance is equivalent to 1% of the vehicles price.

Vehicles not in use do not cost maintenance.

Vehicles can be sold for half price by dragging them to buying panel on the right.

The “capacity” heading in the grid above refers to arrested suspects for police vehicles and injured person for medical vehicles.

Vehicles don’t have any equipment in them and while many provide stat bonuses they don’t cancel out or conflict with equipment in any way that I know of.

Bikes are extremely slow in blizzards.

911 operator wiki[911-operator.fandom.com], though it does appear out of date in some areas.

That’s all for now, hope this helps.

Thanks for reading and take care.