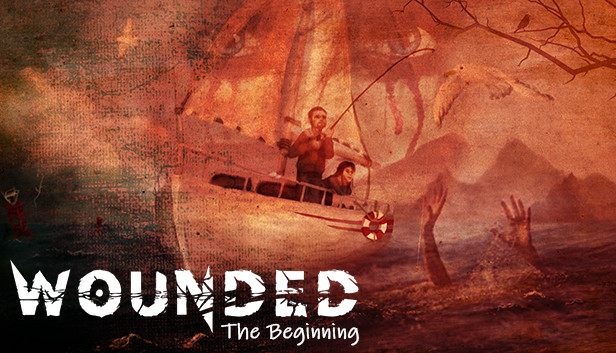 For Wounded – The Beginning players, this is a guide of all the achievements in the game, you can unlock 100% achievement following this guide.

Wounded – The Beginning is a first person horror walking simulator with a few enemy encounters and some “item puzzles” if you can call them that way. It’s really just “find item x and use it on location y”. It’s rather short with a playtime of 2-4 hours for a first time playthrough and about 60-90 minutes for a speedrun. The game has 3 different endings which means you will have to at least play through it thrice to get 100%.

I recommend to play through the game first as a blind playthrough or by only getting all collectibles (using this guide) and getting any ending. (As you will have to play through it at least thrice for all endings you won’t loose any time by doing a blind playthrough!)
Then get all collectibles once if you didn’t do that already and get the remaining endings while maybe also practicing the enemy encounters a bit. Then the last thing to do will be to finish the game without beeing detected by enemies. This is also by far the hardest achievement.
I will have a part in this guide where I talk about every enemy encounter, to make this one easier.

There are a few things which can affect your ending, namely

Though I am not entirely sure what you have to do for each ending, I will tell you my decisions which lead me to those. And even though I don’t think documents or tapes matter for the ending, I will still tell you if I collected them or not.

There are three different kinds of collectibles: Notes (4), Tapes (5) and Documents (4). (Number in bracket means how many there are of each kind.)
I will call Notes N, Tapes T and Documents D to keep it shorter.
-Keep in mind that the Notes, NOT the Tapes or Documents affect the ending you get. (At least I highly believe so.)
-And I also want to mention there are far more papers to find but all the other ones do not count towards any achievement, they are only for the story and for codes and such things. (These stay in the game world after you read them.)
-If you die after collecting a collectible, you don’t have to pick it up again.
-By pressing TAB you can check which collectibles you have and which one you don’t. If you collected the Tape Rekorder, just click on a tape to listen to it.
-You might have to crouch to be able to pick up some collectibles.
-The location of the collectibles I give you are in the order you can collect them.

all enemy encounters and strategy part 1

And I give you both codes:

Here I’ll tell you about every enemy encounter and every area of the game where you can die to help you with the Immortal and the Sneaky man achievements.
Like I previously said there is really just one hard part in the game (the market) if you know where the enemies patrol and know the good strategies. I will tell you mine. I am not saying they are the best ones, but they are the best I found and they worked well (except in the market unfortunately.) There you might have to improvise a bit.
Some tipps:
-like I said usually enemies have fixed routes they patrol, know them
-even though you can’t peek behind corners, by just hearing the enemy you can usually know if he is close, if he comes in your direction or if he is going away
-it’s very hard to tell if you should crouch near an enemy, or when to walk or when to run, you will probably need to experience that by yourself
-you can hide in some closets but I don’t think this is of much use, in fact for none of my strategies I do that
-you never have more than one enemy at the same time to deal with
-you can zoom in a bit by right clicking

all enemy encounters and strategy part 2

That’s all we are sharing today in Wounded – The Beginning Achievement Guide, if there are anything you want to add please feel free to leave a comment below and we’ll see you soon.
Credit to Muckelchen