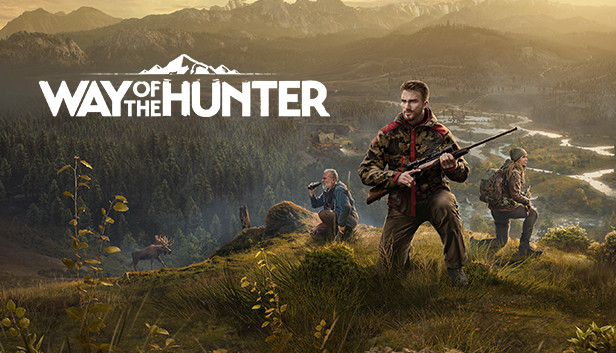 For Way of the Hunter players, this guide provides explanation for how the guns in this game works, and the mechanics that govern ethical hunting.

The only interesting thing when choosing which rifle to use, is how much energy the bullet has when it hits your target. Bigger game requires more energy, smaller game requires less.

Energy is generated when the gunpowder inside the cartridge is burnt, in turn propelling the bullet down the barrel, energy is then expended as air friction slows the bullet down on it’s way to the target. The resulting energy is then imparted on the target, hopefully resulting in a clean kill with minimal suffering for the poor animal. If there is not enough energy, then the bullet will be trapped inside the animal, possibly not having done enough damage to kill it. Conversely, if you use a big caliber rifle, the energy might be too much, causing over penetration and damaging meat unnecessarily.

In several youtube videos, the “pro” players choose high tier weapons to hunt high tier animals, this may in some circumstances be correct, but not necessarily. This game has TWO tier systems. One for the animals, and one for the guns. These are not perfectly correlated. While a Tier 5 animal like a White Tail can be hunted with a tier 5 weapon, a White tail can also be killed with a Tier 3 weapon like the Steyr Scout.

The metric unit used to express energy in this game, just as in this guide, is Joule, or “J”.

READ:  Way of the Hunter How to Track a Blood Trail

This game is not Call of The Wild, I want you to abolish all notions of weapon’s classes being relevant (aside from 1-2 being for the smallest game), and focus on caliber and energy.

How to choose the right rifle for an ethical hunt.

In the encyclopedia tab, you can review known information about the animals in game.

For instance, under white tail, you can see that it’s recommended energy range is 1543J to 3705J

There is no such corresponding page for the different weapons. However, if you activate Hunter Sense, then a small window appears in the top right corner when you’re aiming down your barrel providing you with info about range to impact, and more importantly in this context: Impact energy.

The .308 Monobloc at point blank range delivers 3560J. This means that the Monobloc is legal to use on the White tail at point blank range. At 200 meters it delivers 3355J, even at 1000 meters, it retains about 2400J – meaning that energy wise, you can ethically hunt White tail out to more than a kilometre. (I have no idea if range plays into the scoring of ethical hunting in this game)

This unit, Joule, is the only relevant metric for choosing which weapon to use for hunting in game.

Range, and why it matters.

As the bullet flies through the air, energy is lost due to friction with the air. Some rifles, due to their lacking energy cannot ethically strike animals beyond a certain treshold.

In this guide this max range has been denoted by a “-” before the number. Conversely, minimum ranges are denoted with a “+”. All numbers (unless specified by a “J”-suffix are distances in meter. Thus a Steyr Scout cannot safely engage a Mule Deer beyond 50 meters, while a Steyr Monobloc cannot engage a Gray wolf within 450 meters without suffering a penalty. All rifles have their practical max energy listed after their name. Just like how the Steyr Scout cannot ethically kill Tier 6 animals, Tier 6 weapons cannot ethically kill Badgers or foxes. In case animals are not listed here, it is because they are either always within the ethics threshold, or never within it.

READ:  Way of the Hunter How to Change Your FOV

Some weapons, like the Pro hunter or the .338 has not been listed.

That’s all we are sharing today in Way of the Hunter Weapons Mechanics Guide, if you have anything to add, please feel free to leave a comment below, you can also read the original article here,  all the credits goes to the original author Grevlingen