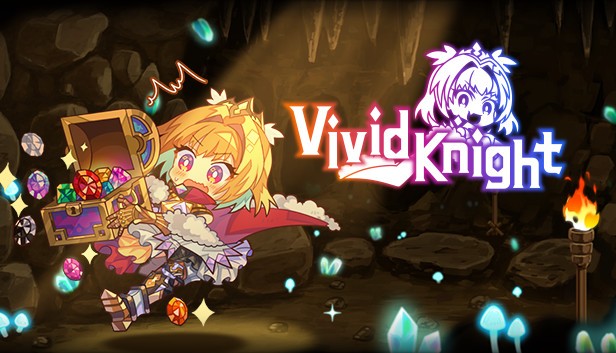 For Vivid Knight players, this is a guide about amelie symbol and some general tips are provided as well, let’s check it out.

Hey peeps, just beat Witch Maze 5 and decided to write this guide out for this fun game.
RIP Dragon Poker ENG, it was by the same devs.Very first thing that you might gloss over:YOU KEEP SYMBOLS PERMANENTLY FOR THE RUN AFTER UPGRADING A HERO TO SILVER STAR (combine 3 of the same hero), EVEN IF YOU SELL THEM. KEEP CYCLING AND SELLING SILVER STARRED HEROES OUT TO COMPLETE SYMBOL SETS.

Okay with that out of the way, sustain is key in this game. No point having mad damage if the bosses just burst you down in one round. Some bosses have enrage where their damage ramps up every turn. Grey Sherbird, the ice penguin comes to mind. I hate that bird. But for the most part even the final boss doesn’t have enrage so if you can keep yourself topped up, you’re good.

Without further ado, here is my symbol guide:

Green – No-brainer. You can even beat the game with 0 starred heroes. Realistically you can have Green 2, which gives you an extra whopping 375 HP on average.

Shield – Keeps you from getting chipped away gradually. Shield 2 is okay, 3 is better if you can. 2 Bronzes have Shield (King’s Spearman & Claude) so it’s not too hard to get to 2.

Plum Crest – Heal every time you act. Getting to 1 isn’t that hard since you need 1 Bronze and 1 Silver (Kokuyo and Kogyoku). Getting to 2 may be a bit tricky since the 3rd symbol is on a Gold (Handmaiden Morion). Consider taking an equip which gives you 1 symbol.

White – Heal every time you use a skill. Not as reliable as Plum, but a bit easier to get since you only need 2, even though they’re on a Silver and Gold.

Blue/Chariot – Does Freeze, which reduces enemy Phys damage by a flat amount. Useful early game and for some bosses that do Phys. The final boss is all Magic damage except for her mooks at the 1st phase so it’s not as useful there, though.

Wheel of Fortune/Star – Realistically you can get 2 symbols each, don’t break your back trying to get 4 symbols.

Magician – Illusion might seem good on paper (negate 1 hit, whoo), but some endgame mobs like Sootsprites and the final boss attacks multihit (x4, x3 & x5), which strip away your stacks quickly. Better to focus on the High priority symbols.

You also need some deeps, so here are the following for offensive symbols:

Moonlight – Flat % damage increase, applied every turn. What’s not to like?

Sun – Increases Gem damage by %. If you boost it enough, you can oneshot even lategame mobs with attack gems. Best combined with Moonlight.

Brown – Bosses just kill themselves on your Spikes. Good with high Def heroes.

Yellow – Shock does flat armor ignoring damage. Good if you have heroes that do multiattacks (Rubela).

Red – Burn is ok early game, then drops off hard later when all enemies have HP in excess of 1k HP.

Purple – Increases Magic Damage by %. Your source of Magic Damage is with some hero skills and some attack gems. Most of your damage is done by whacking dudes in melee, so eh.

Orange – Getting 1 level is enough for start of battle procs.

Fool – Getting 4 symbols is crazy hard. I never got it. I imagine it would be quite good once you do, though.

– Completing a key symbol level is much more important than the stats of the hero/equip you’re planning to replace, since it’s more powerful most of the time. Exercise your own discretion.
– Only a few heroes are worth keeping for their skills, you can rotate and sell most of them once you get them to Silver. The only one I’d keep is Labla the Astrologer, his gem cooldown skill is useful.
– All Gold Heroes are good, you can’t really go wrong with any of them. The only kinda crappy one is Thunder Lion Topaz. I’d say Moon Knight Lune, King’s Sword Rubela and Peridot the Inventor are the top ones.
– Healer-wise, I think the Bronze ones are the best (Spessar the Bard, Forest Mage Sphene). Silver ones are gimmicky and you just need flat heals most of the time.
– Shield gems are important, have 3 at least. Any kind will do.
– For attack gems, Mushroom Bombs are surprisingly good, especially if you have a Sunlight build. Just weaken the first guy, toss one and you wipe the whole mob.
– Generally it’s better to have gems that attack the back since they have the most annoying mobs. Single target ones are good for bosses.
– You only need Forest Medicine for one boss – The Flame Emperor. If you don’t have it you’ll just burn to death.
– Mana Fonts and Healing pots are good if you want to explore more and potentially nab more chests/top up after a boss.
– The rest of the items are gimmicky at best, pick them at your discretion.

That’s all we are sharing today in Vivid Knight Amelie Symbol Guide and General Tips, if you have anything to add, please feel free to leave a comment below, and we’ll see you soon.
Credit to Zephro