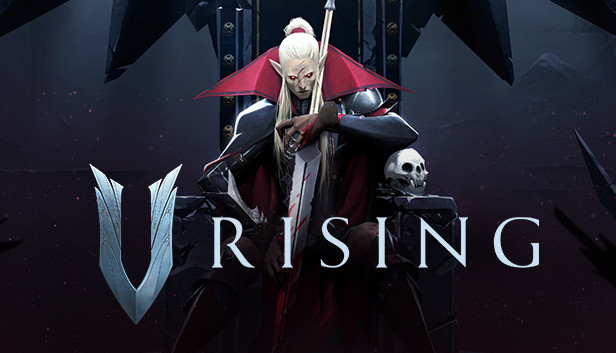 For V Rising players, this guide provides detailed breakdown of all server settings and the meanings. All the main settings are listed below, will keep updating over time.

The duration where players cannot be damage by other players when joining a PvP server in seconds.

Defines who may loot the body when a player dies.

Defines if soul shard items are unique (only one of each per server) or if a new one spawn everytime a soul shard boss is slain.

If players may loot enemy stashes, containers, and crafting stations.

When enabled, most equipment will not be dropped upon death.

When enabled, some items will prevent you from using waygates

Allow players to write messages that all players on the server can read.

Do NOT change this it does not work and breaks the game atm.

Inactive players are automatically killed after a set duration.

Minimum timer before inactive player is killed in seconds based on gear level.

READ:  V Rising How to Create a Dedicated Server

Maximum timer before inactive player is killed in seconds based on gear level .

Additional time before an inactive player is killed in seconds when standing in a castle territory.

The maximum gear level that the inactivity min and max timers are based on from 1 – this value.

If dead disconnected players are disabled

The time for a disconnected dead player to become disabled.

Multiplies the amount of items that can be combined into a single stack.

Multiplies all droptables with this factor granting more or less drops from kills and chests.

Multiplies the amount of loot received from successful servant hunts.

Mulitiplies the amount of materials received from harvesting resource nodes.

Multiplies the amount of blood essence received from defeating enemies.

Multiplies the additional respawn duration players suffer from being slain in PvP.

The number of minimum tiles where placers can place a castle heart and/or floors next to another heart.

The number of players that can join a single clan. Players in a clan can rise together, share progress and build castles together.

Multiplies the amount of durability suffered from dealing or receiving damage.

Affects the rate of how quickly garlic stack when exposed.

Multiplies the effect of the Holy element.

Affects the duration a player may stand in the sun before starting to take damage.

Rate for how quickly a castle deteriorate when the castle heart has run out of Blood Essence.

The amount of time a castle is deemed as breached when enemy players breaks through the outer defenses. Players may not construct new structures or walls while a castle is breached and all structures are susceptible
to damage while in this state. Time is defined in seconds.1 up to 1800Default: 420

The amount of time where players are blocked from building structures or walls while being under attack. A castle is deemed under attack whenever enemy players manages to deal damage to any wall or door using explosives or siege golems.

READ:  V Rising How to Get Scourgestones

Shows a system message in the chat when a Siege Golem is being summoned.

Multiplies the amount of materials required to build structures.

Multiplies the cost of crafting items.

The rate for crafting items and equipment in crafting stations, a higher rate results in more rapid crafting (not refinement stations)

Multiplies the cost of refining items.

Rate for how quickly materials are refined. A higher rate result in more rapid refinement.

The material reimbursement players receive from dismantling a structure.

Rate for how quickly humans turn into servants. A higher rate result in more rapid conversion.

Modifies the cost for repairing an item.

The amount of durability loss that equipment suffer upon death when defeated in PvP. Players are deemed as in PvP for a duration after dealing damage to another player or receiving damage from another player.

The duration of an ingame day in seconds.

The starting hour of the ingame day.

The starting minute of the ingame day

The end hour of the ingame day.

The end minute of the ingame day

he minimum frequence for how often a blood moon may occur

The maximum frequence for how often a blood moon may occur

The amount of additional movement speed in % that a player gain during blood moon.

Multiplies the maximum amount of health for Vampire.

Multiplies the amount of damage players deal to resource objects.

How often the castle decay damage should tick.

The number of vampire lockboxes players may build in a single castle.

The number of tombs players may build in a single castle

The number of vermin nests players may build in a single castle.

ServantLimit – The number of servant coffins players may build in a single castle.
1 up to 20
Default:3
Level 2 5, Level 3 7, Level 4 9 (ServantLimit)

That’s all we are sharing today in V Rising Dedicated Server Settings with Descriptions on What Each Type Does., if you have anything to add, please feel free to leave a comment below, you can also read the original article here, all the credits goes to the original author PranKzTa