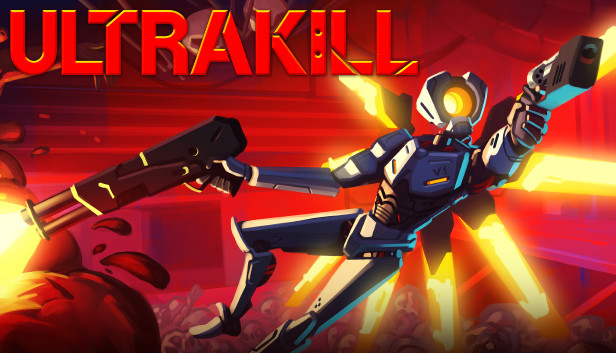 For ULTRAKILL players, this guide provides tips and tricks for how to beat all enemies and bosses in the game, let’s check it out.

Fodder dies to literally any thing, fodder include: Filth(fast bois) and husks(projectile bois) and the Drones(fly bois). Drones will always dodge your nailgun and shotgun attacks unless you are super close. There is also Shotgun husks that attack faster and shoot well… you know, they ca also melee you upclose.

These guys are more beefy and take like 5 pistol blasts. best way to defeat them is to use and upclose shotgun pump of 1 or 2 pumps or if you are good at using coin ricochet then do it with 2 coins ricochets. Streetcleaners can be taken out simply by a single pierce shot from magnum and a coin ricochet will target the gasoline tank on them making them explode along with other nearby enemies, they are usually with hordes of the fodder as Streetcleaners are fast

Now for Malicious Face just blast it with your nailgun OR get right up to its stupid face and shotgun blast it while switching variations to skip the pump animation, only 3 up close shotgun blasts onto it and(or 4 shotgun blasts) it will fall DEAD… Literally

For boss Cerberus, simply let a normal Cerberus corner you and blast it with that shotgun technique I showed you for Malicious Face and since its cornering you you will always get health but when the second one gets enraged then you will have to kill it normally since it attacks more faster and commonly it will shredd you if you stand still. Use 2x pumped shotgun on it and charged shot on its head with pistol.

For mid-level tier the Cerberus becomes more common but has less health so use your most powerful attacks on him like overheat nailgun and pump shotgun BUT most importantly you must use the screwdriver variation on the Railgun or coins. ♥♥♥♥ it, just use anything on it.

The mind flayer is tricky little fellow unless you use your railcannon. You must use the screwdriver variation of railcannon but wait until he teleports because you might miss once he teleports since its a projectile variant, and while the screwdriver does damage over time deal damage with your other weapons like piercing shot and coin toss or your nailgun overheat blast. He will go down quickly but I recommend that you use the alternate magnum secret(a variant that you can get from 4 secrets in layer 1) it does more damage slower but that’s completely fine as it absolutely destroys higher tier enemies.

Swordsmachine is relentless as he hits hard and fast so the trick to getting him down easily is with the shotgun. Once you enter the stage with him and get right close up to him and wait for that spark and sound que when he attacks then *left click* and he is parried and becomes enraged but he is stunned so while he is stunned use the shotgun technique with quick switching, then shoot every thing at him and in the same fight he might exit his enraged state and he is up for another stun parry. Use your pump shotgun on him when he is enraged and the nailgun. Parrying is key to this fight. Parrying with the shotgun does more damage than a normal parry with melee.

Right as you enter the arena and he gets out of the ground use screwdriver on his chest, HM has two spots where you can hit him: The tail and his chest.Hideous Mass has two basic attacks: A vertical attack that will hit you unless you dash out of its way, and a horizontal attack that if on ground must be avoided by jumping, easy. But he will trap you by using a harpoon the tail and it will go back wards and then shoot, at low health as soon as you are harpooned he will do vertical attack and kill you. So dash when you hear the sound que for the harpoon. He uses these bobmbs that he shoots into the sky and will bombard you from the sky but is easily avoided by strafing around him. Coins toss ricochet will automatically target the Hideous Masses weak points so its very useful. As he becomes enraged he will non-stop bombard you with his projectiles so use your hitscan weapons on him or use get close with the shotgun.

V2 is a ♥♥♥♥♥ to fight at first because he is fast and at first unpredictable. He has attack ques via sound and he will turn blue when charging piercing shot with his pistol and will do burst shots with it also. He will use shotgun like swordsmachine with a sound que and is easily dodged. If you are at low health then you must slide towards him with shotgun or with a charged up pistol and regain your health. He becomes your ♥♥♥♥♥ after you take my advice.

The Corpse of King Minos

He is an absolute big boy and is not hard after a while, He can punch you in to the ground in three places, the middle and left and right so if you know which place you are on the arena then go to a different part of the arena to escape his punch. If you are low on health then go to his hands that grabs onto the side of the arena for a quick health refill. Right as he pops up you use railgun on him and nailgun overheat blast. He can summon a black hole that saps your health to 1 hp so strafe around the map to avoid it and attack him while you do this he will enter the second phase and the black hole will be destroyed. His eyes shoot homing and normal projectiles so watch out for them and they are the weakpoints of King Minos so attack them and take cover behind a pillar if you must.

(Alternate Magnum secret recommended) Gabriel has caused alot of rage and is an ♥♥♥ whooper to every player. Learn his patters and he becomes laughably easy. In phase 1, he will do a normal combo of three slashes like Swordsmachine but easily avoided via dash and he can go above you and slam you into the ground but if you hear the sound que and be patient you will be able to escape his attack at that moment and he will follow up with a explosive spear so just dash from that. When you manage to take out his first health bar he will jump up in the air and fall down to the ground and enter his second phase but you can delay this and deal damage at the same time. While in the air use screwdriver on him and then shoot him with the pistol while switching pistols in between to shoot faster and he will bump up higher into the sky delaying the second phase. Do this long enough and Gabriel will get sick of your ♥♥♥♥ and go to phase 2 anyways but you have already dealt 20-40% damage to him. He will do the above attach twice now in his second phase but everything else is normal. If you are low on health wait until he stops attacking and he will taunt you and leave an opening for a health regain.

That’s all we are sharing today in ULTRAKILL All Enemies and Bosses Guide, if there are anything you want to add please feel free to leave a comment below and we’ll see you soon.