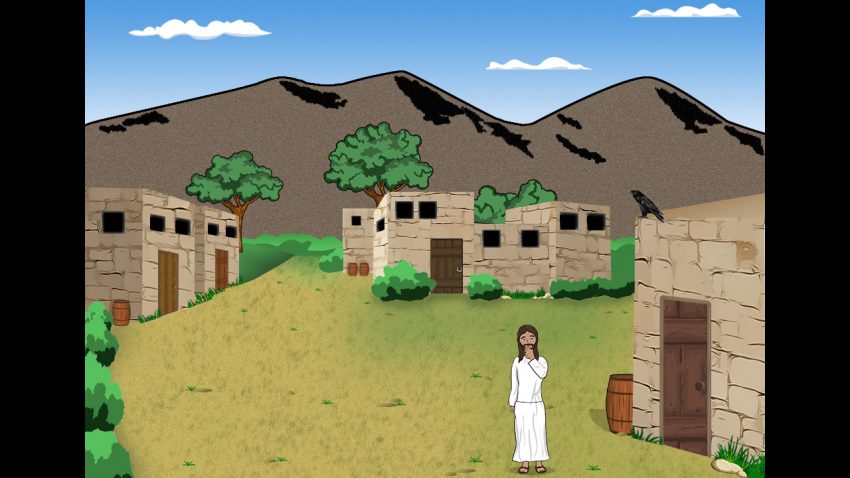 Looking for the big answers?
Look no further, here are the quests you have to solve to complete the game

If you are stuck I recommend to first use my guide about the items.
If this doesn’t help, look the solution up in this guide.
You have to solve the quests in the order they appear here. Only the riddle how to wake the carriage driver can be solved later (after solving the riddle how to look for Aram at Rahab’s.

Remove the rabbits:
Eat the carrot while in the scene with the rabbits.

Look for Aram at Felix’ house:
Give Felix the stinky shoes after telling him you saw his son drowning.

Look for Arma at Barabbas’ house:
Use the sticky sheet of papyrus on Barabbas door.
Let the carrier pigeon with message fly to the temple.
Use the goose with the praetorian guard.

READ:  The Secrets of Jesus: All Achievements Guide

Find Aram:
Tell Mary that Aram is not with one of the three suspects.
She tells you, Aram’s garment smells like lentils. Ask the cooking woman. She denies to know Aram. Ask John.

Go to India:
Give the gold to the carriage driver.
He needs a new wheel. Go to the carpenter and reclaim your favour.
Use Aram’s garment to smear make up on the new wheel.

Give the wheel to the carriage driver and ask to be taken to India.
Written by moewe27