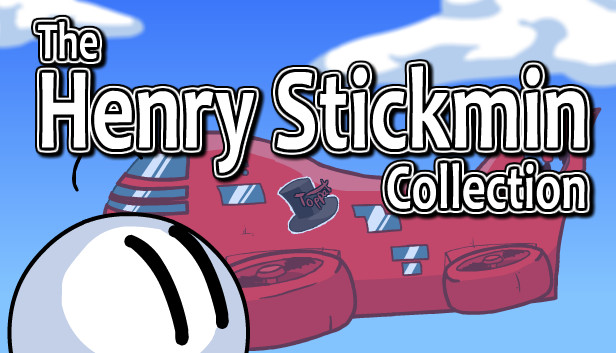 If you play The Henry Stickmin Collectionm you might have noticed some JoJo References in the game, this guide will show you all “Complete The Mission” JoJo Reference, let’s check it out.

To access the first reference, you have to buy the game. It’s worth the price, so if you haven’t bought it yet, you should do that now!

Assume you’re still reading this because you have the game now (Either through buying it or having it gifted to you), the first thing you’ll want to do is pick “Government Supported Private Investigator” + “Ghost Inmate” as your route, as shown below. 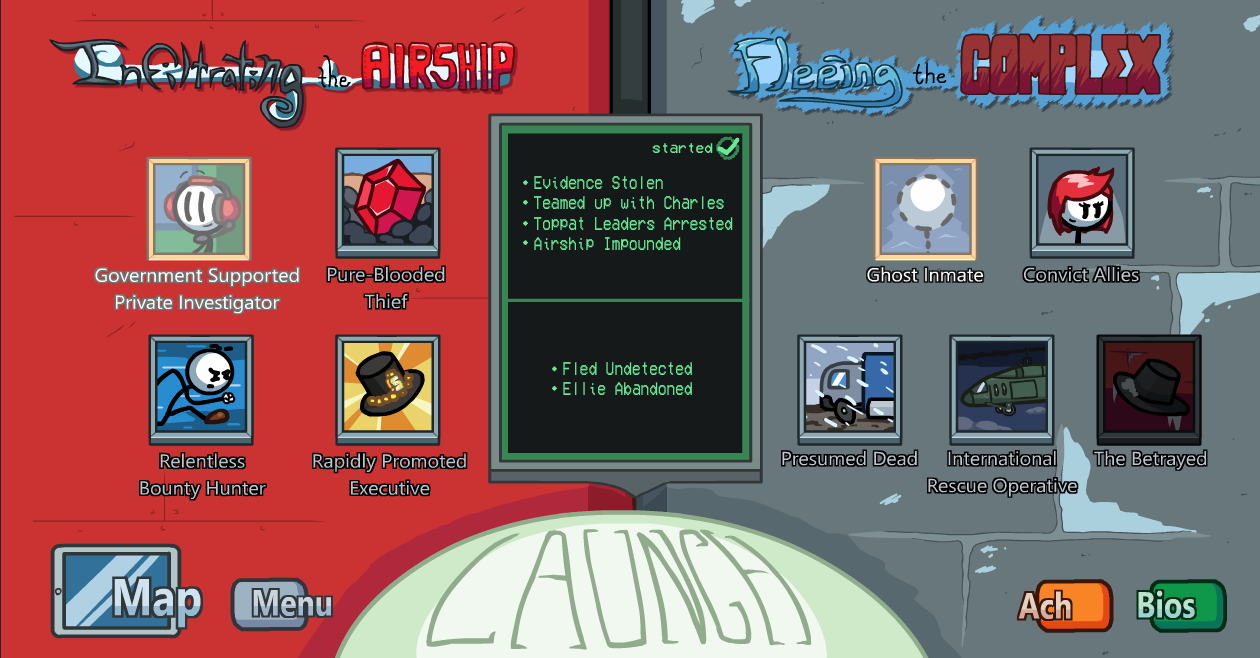 By choosing this route, you’ll get the “Cleaned ’em Out” ending. The reference is in this very ending, so be sure to try your best to reach the finish here!

Hooray, you’re playing the game! Now that you’ve come this far, you’ve probably grown to appreciate this special work of art a little bit, especially since you would have already experienced every remastered version of previous games to unlock this final chapter. Whether you’ve truly appreciated this game or not, read on!

The second reference is one you’ll inevitably encounter along the way to an ending as well, even if you don’t want to get all the fails (Which I highly recommend you try! The fails are one of the main aspects of the game, after all). To reach this one, you’ll have to choose the “Government Supported Private Investigator” option again, but this time pick “Convict Allies” instead of “Ghost Inmate.” In case you don’t quite like reading a bunch, aren’t literate, have a very small text size chosen, prefer pretty pictures, or have any other trouble reading the text here, I’ve provided an image below to help! 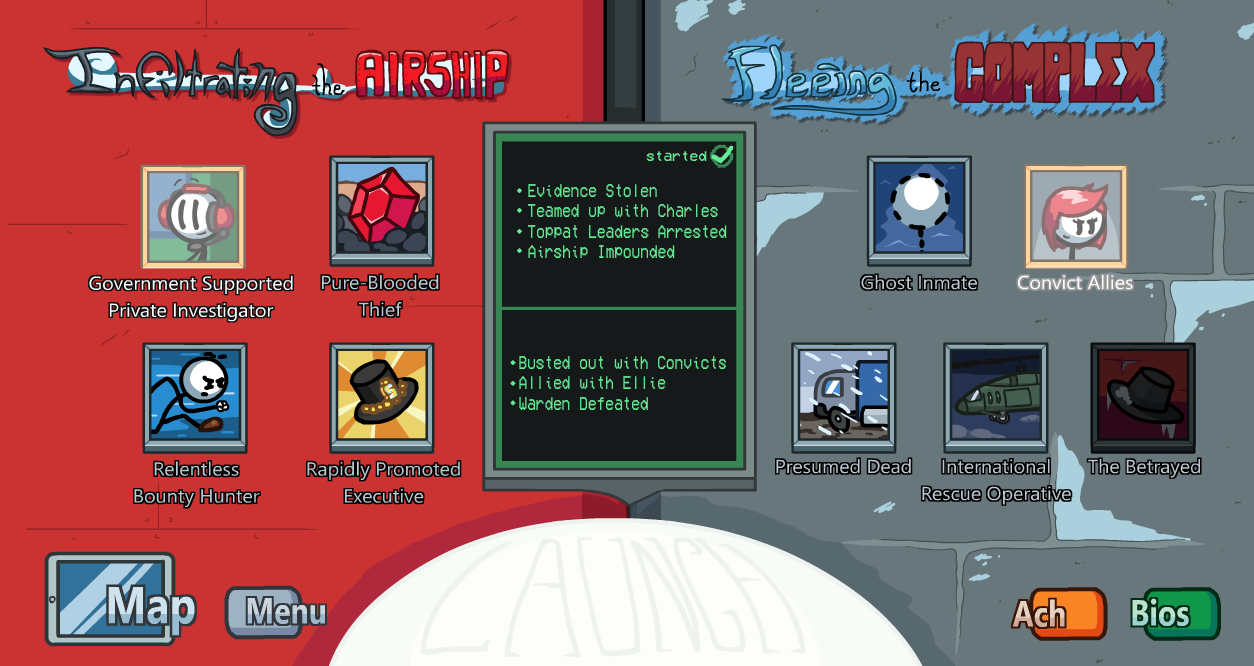 The sequence this reference appears in has a lot of other references included, so be sure to admire all of those! But it won’t be hard to spot out the JoJo reference here at all; it’ll appear front-and-center for a few seconds!

Well, That’s half of the JoJo references in Completing the Mission so far! There’s still two more to go, but why not take a little while to sit back and appreciate all the improved animation and quality references? There’s well over a hundred references just in Completing The Mission alone, and there’s at least a hundred more scattered throughout all the other games! Why not take some time to play through all the fails and see which little details you can spot? You’ll probably get some more achievements that way, too, if you like collecting those.

The developers of this game have spent quite a bit of time picking out which references to include in all the different games, and while many of them have been “watered down” a bit to avoid any claims, you’ll surely still understand what they mean and appreciate the range of these references! You can refer back to this guide anytime you’d like, but please do check out the other references in the game too.

This particular reference is definitely one of my favorites out of the dozens upon dozens in CtM, and it’s surprisingly easy to access–and awesome to watch too, major props to the animators and musicians who worked hard on all this! To reach this reference, you’ll have to fail along the “Rapidly Promoted Executive” + “The Betrayed” plotline, which I’ve included below to add some color and spice to this section (Guides without pictures can be boring to look at!)
READ:  The Henry Stickmin Collection All Plushies & CmT Difficult Achievements 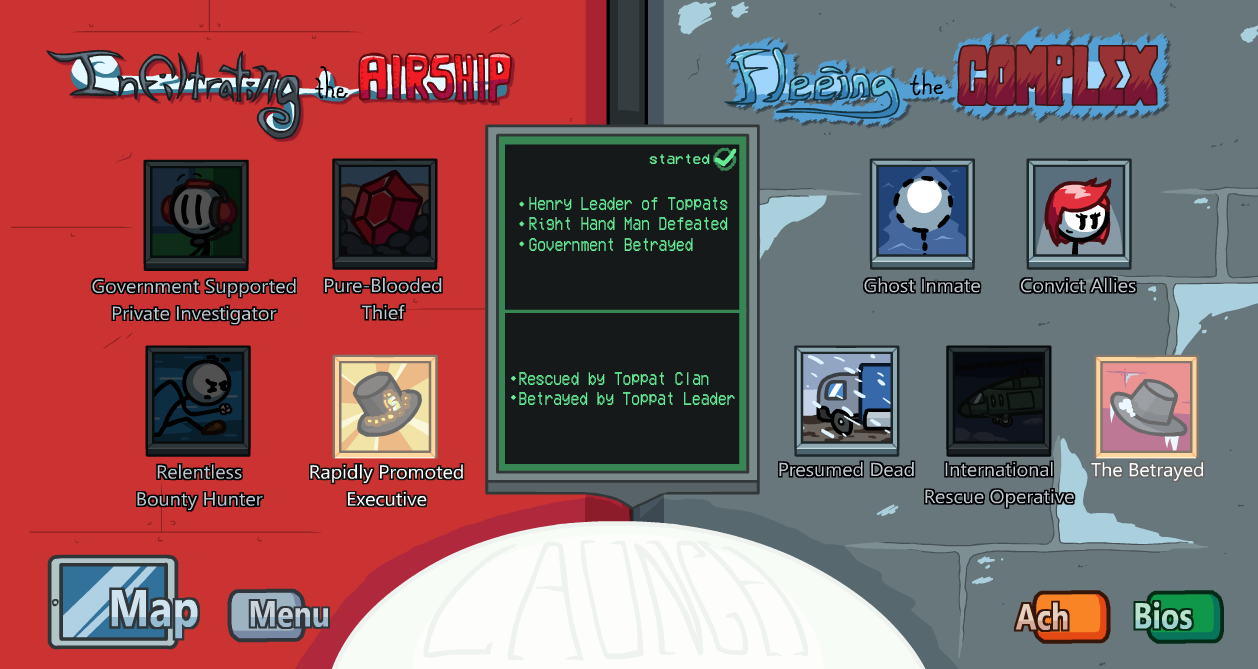 I won’t tell you which failure will lead to this one, so play around with all the choices and have fun watching the nice cutscenes!

So, how’re you enjoying the game so far? Hopefully you find it as great and cool as I do! If not, try playing for a few more hours to see if it helps convince you more.

Expecting me to just tell you the fourth and final(?) JoJo reference flat-out, right? This is a guide, after all, so why wouldn’t I tell you? Well, because I respect you as a player, so I actually won’t be telling you how to get the fourth JoJo reference!

If you’re only invested in finding a particular type of reference in this jam-packed game, you’re unfortunately playing the game wrong. Though, truth be told, there really is no “Wrong” way to play, but it definitely isn’t the best way to enjoy this game either. Out of the hundreds of subtle-to-obvious nods and inclusions this game has, why focus on a select flavor there’s less than half a dozen of? I can at least tell you that there is a fourth JoJo reference in Complete the Mission, but that’s for you to discover on your own.

That’s all we are sharing today in The Henry Stickmin Collection All JoJo References in “Complete The Mission” , if there are anything you want to add please feel free to leave a comment below and we’ll see you soon.