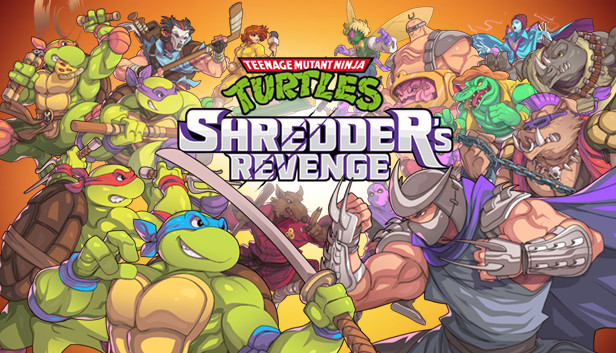 For Teenage Mutant Ninja Turtles: Shredder’s Revenge players, this guide will provide you a list of damage for each character’s moves with notes for moves with special features.

This was all tested in game compared to using the first hit of a jab as a comparision.
Controls are listed based on an Xbox layout:

Most attacks cause enemies to do a standing flinch from being hit. Moves that causes knockdown or knock away are noted.

While I haven’t been able to get consistent frame data for everyone’s X X X X combo, there are a few things of note:

INSTANT CHARGE ATTACK
All characters can get a full charge instantly after a full X X X X combo or a backflip attack (B+A). In both cases the button must be held on the last attack input. Doing so correctly your character will enter the charge state and immediately ‘DING’ for a full charge. Easy for backflip (only 1 button press), but requires a little more finesse on the 4 hit string.
Raph can’t do this to standard enemies, as his backflip hit has huge knockback. But he does get 1 extra damage out of it when they won’t fly away, like on bosses.

RISING ATTACK IFRAMES
Doing the rising attack seems to give iframes (invincibility) until the apex of the jump is reached. It’s possible to activate this attack somewhere between 1-4 frames of input. This is why it seems to work as an ‘escape’ from some boss attacks.

That’s all we are sharing today in Teenage Mutant Ninja Turtles: Shredder’s Revenge Character Move Damage, if you have anything to add, please feel free to leave a comment below, you can also read the original article here, all the credits goes to the original author Wavuvi