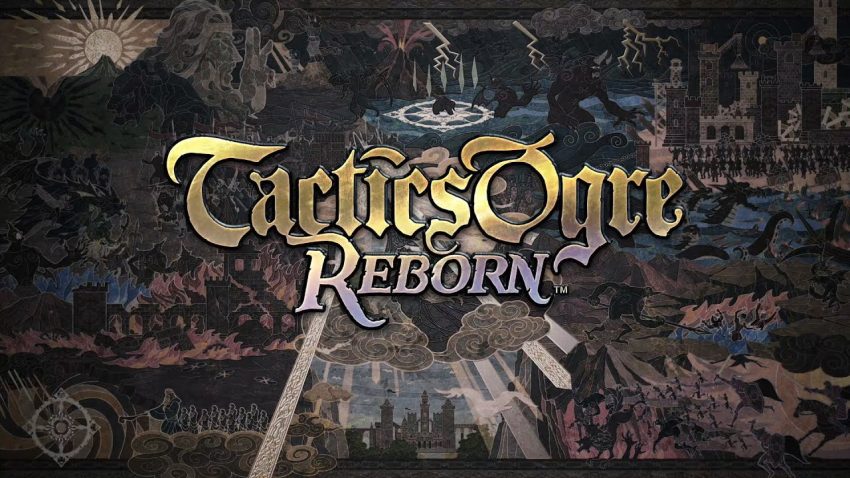 For Tactics Ogre: Reborn players who are looking for status effects explainations, this guide will show you a list of status effects to help you out.

INCAPACITATED – Unit is knocked out (HP is 0). Incapacitated units get a three-turn timer over their heads. If unit is not revived after three turns, unit is dead and removed from the army. You can salvage a deceased unit’s equipment as long as the bag is picked up..
STILLED – Unit is Undead or a Zombie and is knocked out (HP is 0). Stilled undead or zombies get a three-turn timer over their heads. After three turns, the unit will revive with HP fully restored. Stilled undead or zombies can be permanently destroyed with the Exorcism spell.
ZOMBIE – Unit is a living corpse. Units with this status become Stilled when knocked out, are damaged by healing spells, and can be destroyed by the Exorcism spell. Zombie units gain no EXP from battles, and cannot change classes. (NOTE – Human Zombies are considered UMBRA units, so Anatomy will not make your attacks more effective against them. Zombies of other races or species retain their types)
NEAR DEATH – Unit’s HP has fallen below 10%. Near Death units will flash red.
ASLEEP – Unit has fallen asleep, and cannot move or act. Sleeping units cannot dodge incoming attacks. Any attack that causes HP damage will wake the unit back up.
CHARMED – Unit has turned traitor. Unit cannot be controlled, and will attack other friendly units.
BEWITCHED – Unit has been put under a spell of control. Unit cannot be controlled, and will attack other friendly units. Bewitched units will lose loyalty over time.
SPENDTHRIFT – Unit cannot be controlled, and will drop Goth each turn.
PARANOIA – Unit cannot be controlled. Paranoid units will run away from friendly units.
STUNNED – Unit is stunned. When performing any action, there is a chance the unit will Stumble instead of performing the action.
SILENCED – Unit cannot speak. Silenced units cannot cast any spells or use any recruiting abilities.
PETRIFIED – Unit has been turned into stone. Petrified units cannot move or act, or evade any incoming attacks. The unit’s physical and magical defense increases while they are petrified.
BOUND – Unit cannot move, but can still take action.
SHACKLED – Unit cannot act, but can still move around.
STOPPED – Unit’s RT counter is frozen. Stopped units will not get another turn until the condition wears off or is removed.
POISONED – Character is poisoned and will lose HP at regular intervals during battle.
ENVENOMED – Character is severely poisoned and will lose a lot of HP at regular intervals during battle.
RENEWAL – Unit can heal rapidly. Units with this status will recover HP at regular intervals during battle.
PAIN AURA – Unit’s defense is sharply reduced. Enemies who attack a unit with this status will have a fraction of the damage they caused dealt back to them.
SANCTIFIED – Unit is surrounded with a holy aura. Undead units and Zombies may not approach within one tile of units with this status.
BATTERING RAM – Unit will ignore Rampart Aura while moving.
LEADENED – Effect of gravity on unit is exaggerated. Leadened units may only jump up or down one space, severely restricting their movement on maps with a lot of elevation differences.
HOBBLED – Units legs are injured. Hobbled units have their movement range reduced by one.
NIMBLE – Unit’s reflexes are improved. Nimble units can move up or down elevation differences without a movement penalty.
WATERWALK – Unit is able to walk the the surface of water tiles.
LAVAWALK – Unit is able to walk on the surface of lava tiles.
BLINKWALK – Unit is able to teleport.
CLOUDWALK – Unit floats above the surface of the ground, and their movement is unhindered by the ground below it.
WINDWALK – Unit is able to fly.
WITHERED – Unit’s Max HP is reduced.
ADDLED – Unit’s Max MP is reduced.
CURSED – Unit’s Max HP and MP are reduced.
QUICKENED – Unit’s RT counter will count down more rapidly. Quickened units will get their turn more often than other units.
SLOWED – Unit’s RT counter will count down more slowly. Slowed units will get their turns much less often.
NULLIFY – Unit is protected by an unseen force. The next weapon attack, skill, or item directed at the unit will be blocked completely. NULLIFY wears off after blocking a single attack.
NEGATE – Unit is protected by a magical barrier. The next spell or magical attack directed at the unit will be blocked completely. NEGATE wears off after blocking a single spell.
STRENGTHENED – Unit’s physical attack power is increased.
WEAKENED – Unit’s physical attack power is reduced.
SPELLCRAFT – Unit’s magical attack power is increased.
SPOILSPELL – Unit’s magical attack power is reduced.
HEALCRAFT – Unit’s healing magic is amplified.
SPOILHEAL – Unit’s healing magic is weakened.
FORTIFIED – Unit’s defense against physical attacks is increased.
BREACHED – Unit’s defense against physical attack is reduced.
RESILIENT – Unit’s defense against magical attacks is increased.
ENFEEBLED – Unit’s defense against magical attacks is reduced.
TRUESTRIKE – Unit’s accuracy with melee attacks is improved.
FALSESTRIKE – Unit’s accuracy with melee attacks is worsened.
TRUEFLIGHT – Unit’s accuracy with ranged attacks is improved.
FALSEFLIGHT – Unit’s accuracy with ranged attacks is worsened.
SPELLSTRIKE – Unit’s accuracy with magical attacks is improved.
SPELLSLIP – Unit’s accuracy with magical attack is worsened.
DODGE – Unit is better able to dodge melee attacks.
STAGGER – Unit is less able to dodge melee attacks.
SIDESTEP – Unit is better able to dodge ranged attacks.
MISSTEP – Unit is less able to dodge ranged attacks.
TOUCHED – Elemental damage is added to unit’s physical attacks (“Air-touched”)
ATTUNED – Unit is more resistant to damage from the named element (“Air-Attuned”)
AVERSE – Unit is less resistant to damage from the named element (“Air-Averse”)
SILENCE-BRINGER – Unit’s physical attacks will inflict SILENCE in addition to causing damage.
STUN-BRINGER – Unit’s physical attacks will inflict STUNNED in addition to causing damage.
POISON-BRINGER – Unit’s physical attacks will inflict POISON in addition to causing damage.
That’s all we are sharing today in Tactics Ogre: Reborn Status Effect Listing Guide, if you have anything to add, please feel free to leave a comment below, you can also read the original article here, all the credits goes to the original author Linear Biscuit