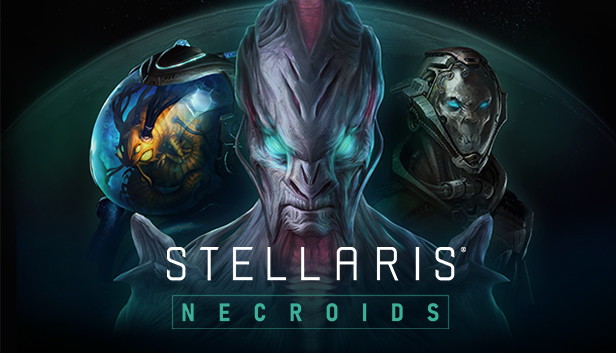 For Stellaris players, this is a necrophage guide which will show you a year 30 Necrophage rush build, let’s check it out. займы проверенные без процентов

When the Dev Diary #229 was released. I got super excited for the release, now it’s here!
In my speculative theory crafting video I mentioned Lithoid Aquatic Necrophage, but I now realize it’s not the most viable. So I thought I’d just salvage what I had and make a Lithoid Necrophage build.Necrophage Has always been a very powerful rush build. One of the main things is it’s colonies. Since you don’t need to make a colony ship or wait for the colony to develop to get them. It’s great for the early game. (I recognize culture shock, but there are ways around it.)

In general, This is just my take on a Necrophage build in 3.2 Herbert. Many different things from previous Necrophage builds. Mainly, Masterful crafters. This is an amazing civic. The Building slots, Even more CGs, trade value, And as a cherry on top a little bit of research. 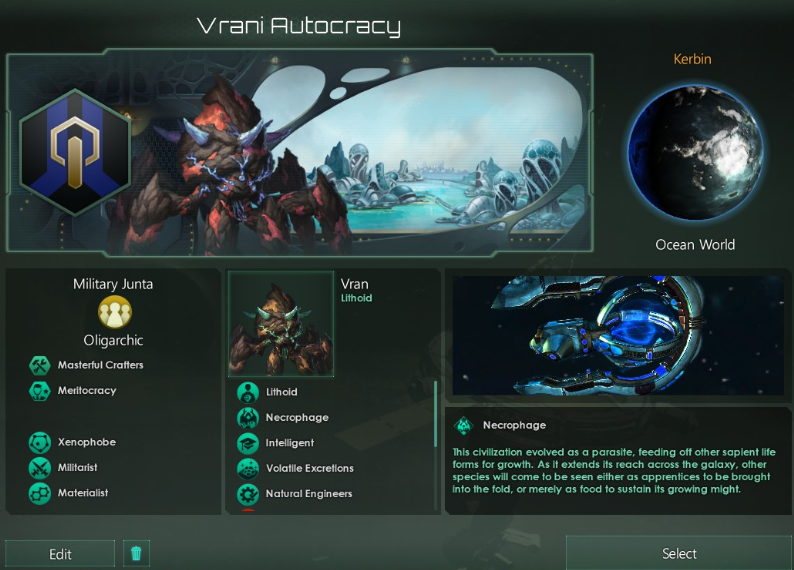 The build doesn’t differ to much from other Lithoid Necrophage builds. But there are some differences.

Lithoid, When converting pops on other planets. Habitability can be a massive issue, and since
Necrophages don’t grow. Lithoid is a natural bonus. Also your leaders effective life span is 150-180
years.

Necrophage, this is just apart of the origin. In general the trait is meh, but everything that comes
with the origin is amazing. Specialist pop output and reduced upkeep is really good, but no pop
growth makes this trait, in general, meh.

Industrious, Minerals is one of the jobs they will be working a lot, so yeah more minerals.
Aquatic, since they will be on Chattel slavery, they will be working exclusively worker jobs. This
gives
a 10% To all of that, And since we won’t be moving them to other planets. This is just amazing for
only 1 trait point.
Charismatic, Necrophytes produce so much amenities that this is worth more than ingenious.
Non-Adaptive. Since they will be on our capital, this virtually gives no downsides.
Fleeting, Once again, free pick lul. No slaves can be leaders, so yeah free pick lul.

Necrophage, the crux of this build. The colonies, population manipulation (for rush builds.)
Specialist pop output, 2 starting species. Necrophage Will most likely always be an A – S tier
origin.

Sol system. Finding your guaranteed habitable worlds the earliest is crucial. Getting culture shock
over with the earliest is great. The planet size is fine, (Why paradox does hydrocentric need the
primary species to have aquatic.)

Militarist, Claim influence cost, no retreat and that ship fire rate is worth it.
Xenophobe, Purging, Star base influence cost, and Pop growth speed is worth it.
Materialist, Academic privilege Is by far the best living standards with slaves. +400% specialist
political power, 10% research from jobs. Is WAY better than utopian living standards.
Oligarchic for meritocracy and more influence, (Oligarchic is the best authority if you have a choice
between all of them)
Meritocracy, 10% specialist pop output. Unity, Research, alloys. The most important resources in
any game.
Masterful crafters, CG’s are a big part of this game, important for upkeeping Academic privilege.
The engineering rearch gained is on par with natural engineers, the trade value is nice. The
building slots are amazing.

READ:  Stellaris How to Steal Relics from Other Empires

Yikes that was long. But yeah this is the build.

1st Jan 2200
Disable the bureaucratic center, reduce clerks to the lowest possible.
Sell all food and CGs, buy minerals for a research lab.
Change policy to isolationist and civilian economy. We don’t need like any alloys early game, making CGs and selling them is very profitable.
Strip your ships, Dismantle the crew quarters, and make a science ship. When your ships are done downgrading, disband them, we won’t use them and the upkeep can be removed.
Change your primary species’ living standards to academic privilege.
Change your prepatents’ slavery type to chattel slavery.This is the tech priority for the first tech choice.

From here It’s just economy techs, don’t bother with military tech until you get cruisers. 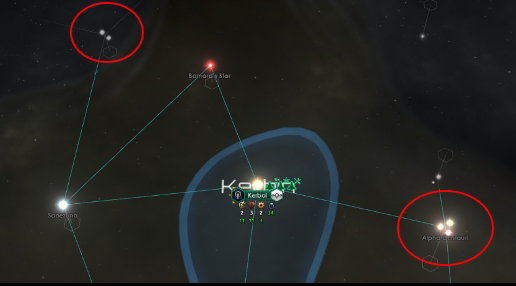 The circled systems have distinct stars, even if you don’t have sensors.
These systems will have your guaranteed habitable worlds.

1st Feb 2200
Set up a monthly transaction of selling all CG’s and Food you make monthly.
Make 2 armies when you have 200 minerals, (don’t buy them)
The second science ship you make will assist research on your capital. 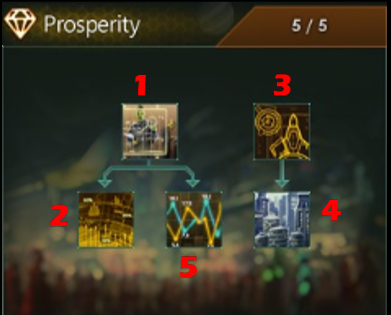 Technological ascendancy, This should always be your first ascension perk in 90% of games. 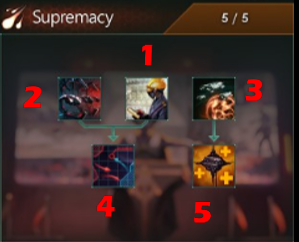 One vision, This is generally a good 2nd one if you can’t get an acension path progress. If you can go for an ascension path perk, do so. If not one vision.

One vision is good for economy, the amenities usage can free up some jobs. Governing ethics will generally make your pops happier thus increasing stability by around 3 – 5.

Mastery of nature is another, Since our planet is really small at the start. A few more districts can help. Only downside is the 200 influence cost, Influence will be used for claims, less claims is less space.

At this point if you ever get Neural implants. You want to make a city district and make a slave
processing plant. If not continue with this build order.

This is a bit complex, but if done correctly can significantly increase consistent efficiency, and I’m all about consistent efficiency.
Pre indentured is a point where you only want to focus on research and building an empire, marked around the end of your build order.
Post indentured is the point where you want to start to expand alloy production. 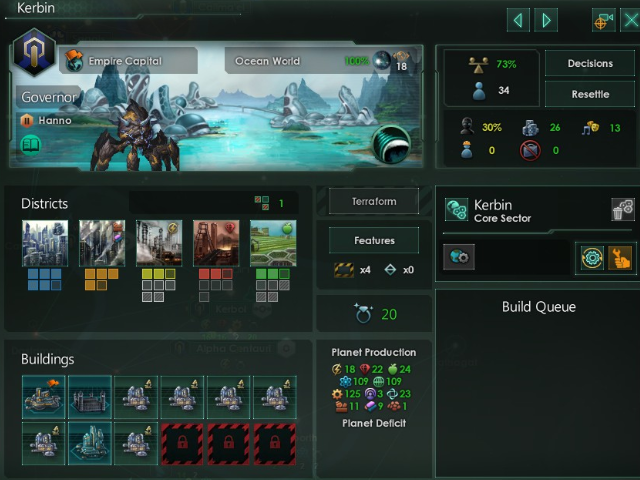 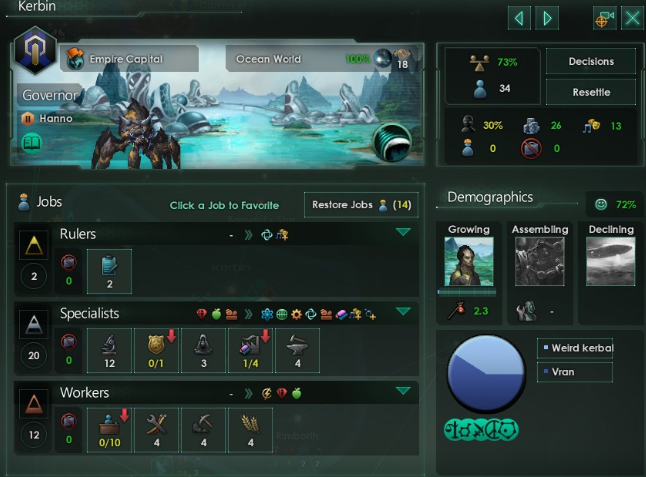 Snapshot of my capital at year 12

Colonies are the second most important asset in this build. After stellar culture shock, your colonies will produce alloys, tech, minerals. The strategy can differ based on the amount of pops already there.

For all colonies as soon as you get them change them to indentured servitude then social welfare.

After your prepatents are indentured and stellar culture shock goes away. Do this to transition into an alloy economy: 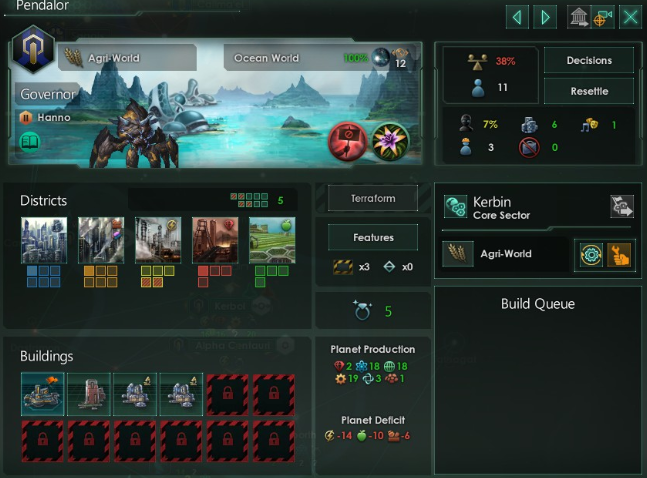 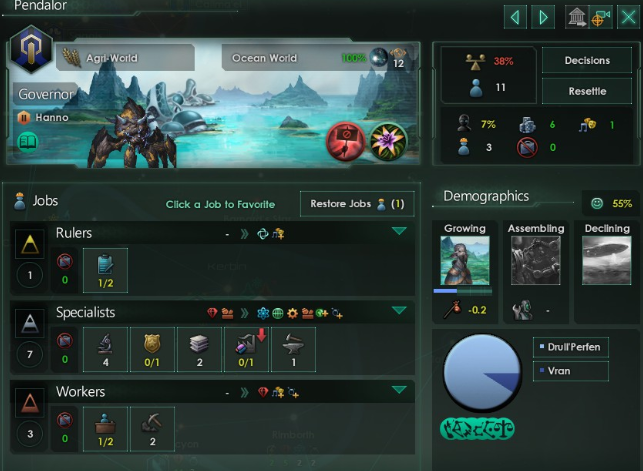 Snapshot of one of my colonies at year 12

With around 500 research in year 15, getting cruisers shouldn’t be hard even without tech b lining.
If you have trouble with finding cruisers, check out my rogue rush guide and go to the section where I talk about tech b lining.The techs we want are:

Getting these techs by year 26 shouldn’t be to much of a problem but here a few more techs to improve the ships if you happen to get those early.

If you are unlucky enough to not get star holds, worry not! Just make 3 starbases and use them
along with your capital one for shipyards, don’t forget fleet academy.

Once your done making your first batch of fleets, make 2 of them into economy stations to collect
trade And make food with hydroponics bay.

So, now we have the tech, shipyards, alloy production, fleet power boosters, and plenty of other preparations. But now, WE HUNGER. First, ship design. As always if you happen to get crystal hull plating, go for it. but otherwise this is what you need at the minimum. 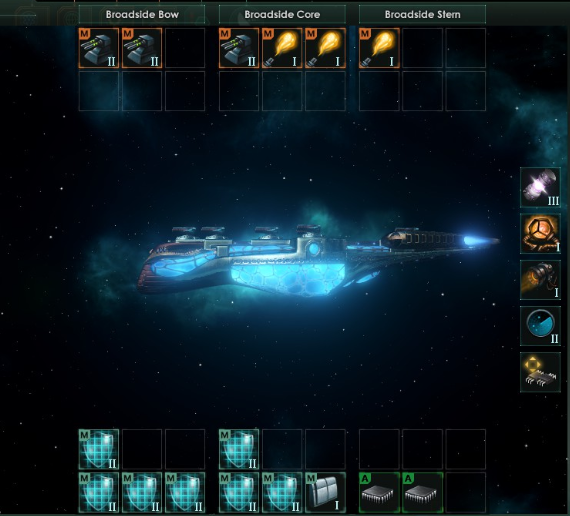 Make 2 fleets of 20 cruisers in the fleet manager. Find unyielding admirals. Start making the cruisers around year 26 so they are ready by 30.Here’s a little trick, whenever you’re about to finish a ship, move it to the back of the queue. This will significantly decrease upkeep while building. This cans save hundreds of alloys and thousands of EC.

First, make sure you’re on supremacist and your rivaling them.
Claim all of there planets and any entrances to there empire. This will prevent other empires from stealing territory.

If you’re fighting a player, keep the fleets together and wait until you fight and win to split them up.

If you’re fighting an AI, use 1 fleet to go around caping all of the systems and 1 to destory there fleets
Even after Herbet the AI can still be really weak.

Once you’ve won the war, close borders to any empire that once border the empire you just destroyed. make science and construction ships, and claim whats yours!

Necro purge all of the enemies’ former pops and use your new found power to either tech rush for a megastructure in year 70 or conquer the rest of the galaxy.

Over all, this is really just a necrophage in 3.2 build. It’s a little tough to follow but shouldn’t take to much trial and error to get it right. In general this is a very powerful build and can be used in most multi player games.

That’s all we are sharing today in Stellaris Lithoid Necrophage with Aquatics Guide, if you have anything to add, please feel free to leave a comment below, you can also read the original article here, all the credits goes to the original author Apollo