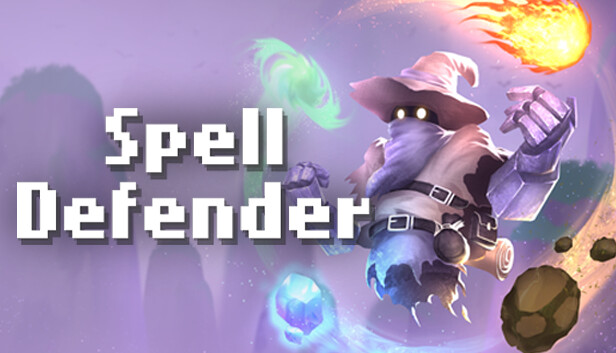 For Spell Defender players, this guide will show you a nimble earth build which will help you to become an insanely fast, unstoppable whirlwind of death

This is the build that I used. Note that Earth Trample does not show because I acquired it through rerolling my Basic Punch. 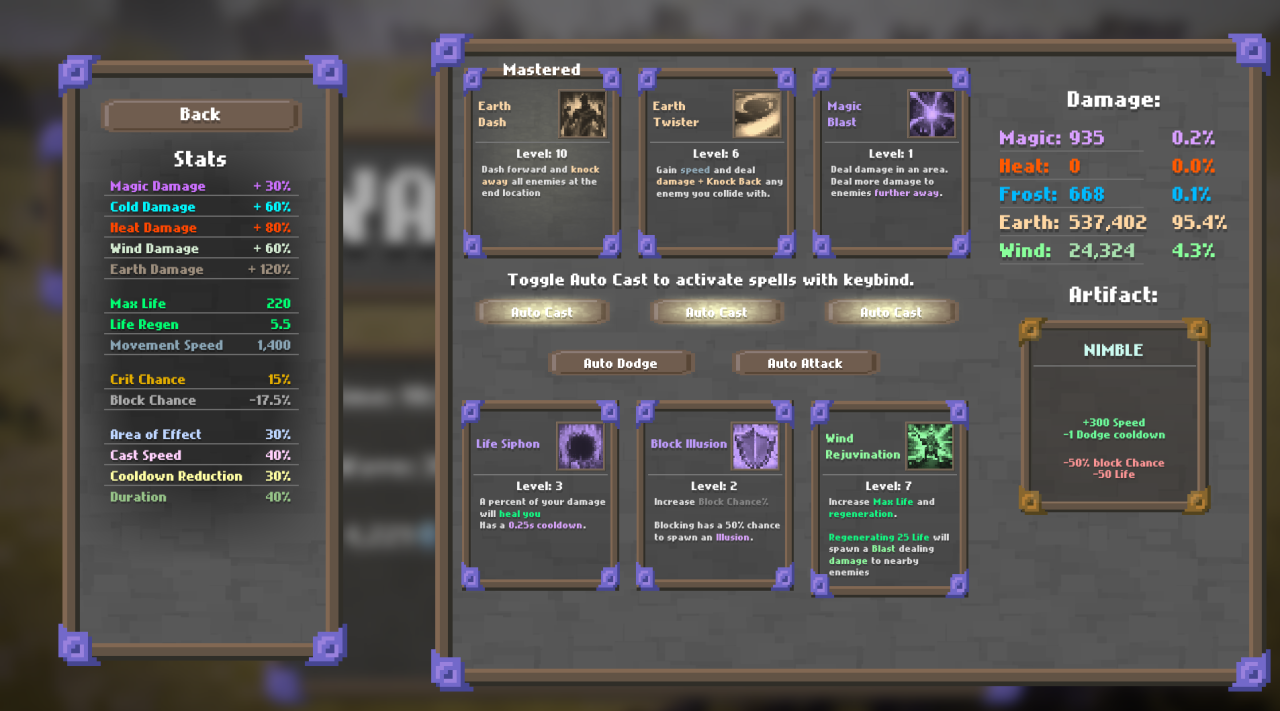 TS:DR (Too short, did read)

I want to preface this by saying that at of the time of writing, I have 2.4 hours of playtime. I have completed the first arena once and with this build, the Fields arena.

Anywho. I found this build extremely satisfying, although it may not suit you if you suffer from motion sickness.

Starting off, you have to put on Reroll Basic Punch before entering the arena, because it is useless here. (I do recommend trying out a full out Basic Punch build also, another time)

Next, say your prayers and hope you reroll Basic Punch into the Earth Trample which will be the basis of this build. 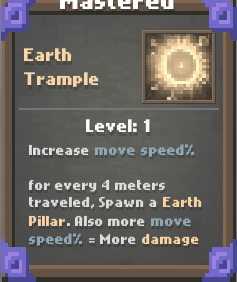 Once you run around for a bit, trampling your enemies, hope you get Earth Dash or Earth Twister! They combo really nicely with the Trample as you trigger it more often. 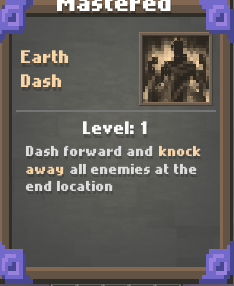 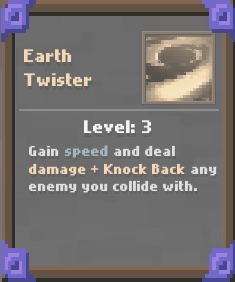 Focus on maxxing out Earth Trample as it is your main damage. For Spell Enhancements or whatever they are called, focus on getting Increased Earth Damage and Movement Speed. The up in movement speed will both increase the damage and frequency of your Trample.

You will now find yourself being incredibly fast and perhaps in a bit of an uncontrollable situation if you have the Dash. Try running around, watching your HP and cooldown of Dash, and whenever Dash is gonna come off cooldown, smash your enemies. Dash will do damage as well as a long trail of Trample. EDIT: I am stupid. Just toggle autocast off and dash when you want.

Naturally you will be very close to your enemies, literally in their faces. Therefore you should get some tanky passives. I got lucky with the Wind Rejuvenation but I think Earth Reflect and Frost Armor will work too.

I could have probably picked up a better spell than Magic Blast but it didn’t really matter as I never had upgrades for it anyway.

That’s all we are sharing today in Spell Defender Nimble Earth Build Guide, if you have anything to add, please feel free to leave a comment below, you can also read the original article here, all the credits goes to the original author SgtPepper