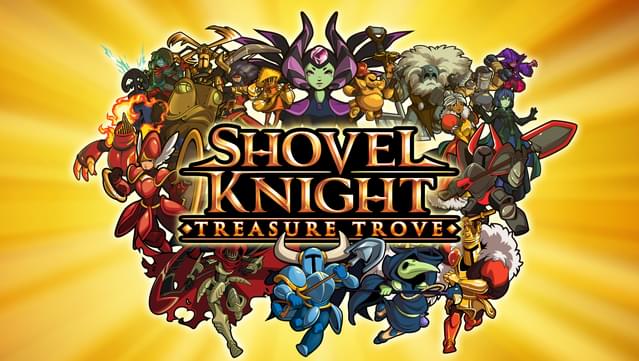 Every Joutus Card in game and where to get them.

Missing a Joutus card? Have no idea where to get a certain card?

This guide is still a work in progress, as I’ll be playing a fresh file to double check my work, but a complete listing by number and name is available right now.

Pictures will be added last.

Broadly speaking, there are two types of cards, common and unique.

Common, as their name suggests, are easily attainable. Theoretically, all common cards can be bought from Chester but I can’t confirm that. Some common cards are easier to obtain from winning them as opposed to simply buying them. My guide, in it’s final version, will show which card can be farmed easily from who.

Unique cards are different. They are either found in special stages, from certain people who will give them to you, special chests, or can only be won from a specific player. Also, as the name suggests, each unique card is the only one of its kind in existence, take care that if you lose a unique card, to either win it back by any means necessary or buy it back from Chester.

In this guide, unique cards are marked by an asterisk* while every other card is a common.

Broadly speaking, there are five arrow types and four card types. I’ll briefly explain what they are and what they do. A card can have up to two different arrow types but can only be one kind of card type.

Single, also officially known as STANDARD, is the lowest rung arrow type. A single arrow will allow a card to push another card in the same direction as long the side being pushed on the opponent’s card is blank and there isn’t another single arrow blocking the way on the other side of the card that’s being pushed (which will in turn push both cards in the same direction). If the side of the opponent’s card is another single, a double, double gear, bomb, or triple, it can’t be pushed back. When used right, they can either push an opponent’s card out of the way, block them, or push one of your own cards in a better spot.

This is the first time of card you will start with and earn initially, but will be quickly replaced by double, triple, or other types as you either win them from rounds or bought from Chester.

The double arrow is the single’s much more successful brother. They behave just like a single arrow, but also have the unique feature of being able to push back ANY single arrow as long as there isn’t a double arrow blocking the way on the other side of the card being pushed. A deck filled with double arrows is pretty solid and necessary for the level 2 Joutus houses and up.

Bomb arrows behave like single arrow cards are like double edged swords. One one hand, they can “destroy” (read, replace) any card they’re pushed on top of and can only be blocked by a double arrow. On the other hand, a crafty player can also push your bomb cards and have them destroy your carefully placed handiwork. Great card needs to be take when using these cards. Fortunately for you, you can also take advantage of your opponent’s bomb cards and use them against them.

It should be noted that, just like normal arrow types have to be facing the right direction, bomb arrows also have to be facing a card on a blank side in order to actually destroy them. Otherwise, they will be blocked in.

Double gear, officially known as CONVEYOR, behave just like double arrows, but they will also continuously move in the direction the “gear” is facing as long as nothing is blocking them.

Personally I didn’t found much use for them and spent more time pushing my opponent’s double gear cards out of my way, but a cleaver player than I might find a use for them.

Triple, officially known as COUNT, are exactly what they sound like: three arrows that can move any card on the board in any direction they face, even doubles! However, there is a catch, which is why they’re officially known as count; after each full turn, they will count down to zero. Once that happens, any triple side will become blank for the rest of the game round. Because of this, triple cards are usually more useful closer to the end of a round, rather than the beginning, but sometimes a strong push is helpful too, depending on the situation.

Switch cards will reverse the direction of a card’s arrows, either left to right, up and down, or all four sides as applicable, if said card is pushed by another card for any reason. This is mostly to have an opponent’s card blocked and trapped them. Like double gear cards, I rarely found them to be useful.

Slam cards are interesting in that after a card has been placed, they will force any card next to one of their arrows to move one space over (or if they’re pushing another card, two spaces over). They can be useful to get an opponent’s card shoved off to the graveyard, but they can accidentally mess up your own cards, so be careful when using them. If combined with bomb types, this will destroy cards instead of just pushing them.

Grave cards act just like regular cards, except they can also be placed in the grave yard. Useful if you want to block off a particular spot in the graveyard and/or push one of your own cards back into the playing field. I mostly got by without them.

Propeller cards, officially known as CASCADE, will reverse any card it pushes into the opposite player’s hand. For example, if you pushed a propeller card into an opponent’s card, their card will turn blue and the game will treat it as one of your own for the rest of the game.

Be careful when using these cards, as propeller cards can be switched by other propeller cards, and can turn TWO cards into your opponents. Though nothing is stopping you from doing the same…

1. Propeller Rat – single up
Obtained by: you have an infinite amount of these once you get your deck.

2. Blitzsteed – single left
Obtained by: you have an infinite amount of these once you get your deck.

3. Blorb – single down
Obtained by: you have an infinite amount of these once you get your deck.

4. Beeto – single right
Obtained by: you have an infinite amount of these once you get your deck.

9. Divedrake – single up + single down

24. Duelist Di * – double left + single up
Obtained by: winning the card from Duelist Di in a game of Joustus on the ship.

30. Skip * – single up + double right
Obtained by: winning the card from Skip in a game of Joustus on the ship.

32. Traitorus * – single up + double down
Obtained by: winning the card from Traitorus in a game of Joustus on the ship.

51. Baz * – single up + single right + single down + single left + slam
Obtained by: winning the card from Baz in a game of Joustus on the ship.

54. Mole Knight * – bomb left + double down + bomb right + slam
Obtained by: winning the card from Mole Knight in a game of Joustus on the ship.

64. Red * – triple left + triple right + grave
Obtained by: Winning the card from Red in a game of Joustus in the level 4 Joustus House

65. Scarlet * – triple up + triple down + grave
Obtained by: Winning the card from Red in a game of Joustus in the level 4 Joustus House

72. Mole Minion – double up + double left + double down
Obtained by: Easily way to farm them is repeatedly winning them from Mole Minion himself in the level 2 Joustus house

99. Plague Knight * – double up + bomb right + bomb down + switch left-right
Obtained by: winning the card from Mona in a game of Joustus in the level 2 Joustus House

100. Mona * – double left + bomb up + double right + switch left-right
Obtained by: winning the card from Mona in a game of Joustus in the level 2 Joustus House

115. Polar Knight * – double up + double left gear + double down + slam
Obtained by: winning the card from Polar Knight in a game of Joustus on the ship

116. Tinker Knight * – double up + double right gear + double down gear + switch all
Obtained by: winning the card from Tinker Knight in a game of Joustus on the ship

130. Liquid Samurai Reaver – triple up + triple left
Obtained by: Best way to farm these is to win these from Liquid Samurai in the level 4 Joustus House

131. Liquid Samurai Swordsman – triple left + triple down
Obtained by: Best way to farm these is to win these from Liquid Samurai in the level 4 Joustus House

132. Liquid Samurai Archer – triple right + triple down
Obtained by: Best way to farm these is to win these from Liquid Samurai in the level 4 Joustus House

140. Horace * – triple left + double gear up + triple right
Obtained by: Winning the card from Horace in a game of Joustus in the level 4 Joustus House