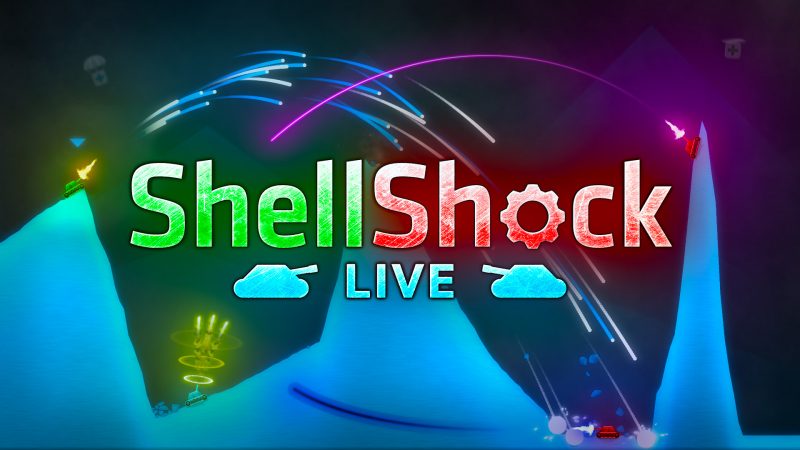 This guide is going to be quite straight to the point (broken up by a handful of screenshots here and there, but thats all).

I chose to make this as a guide rather than putting it on the wiki simply because this would probably be a bit too large for a page and it would be somewhat awkward to place, im not really sure where it would go!

Xp figures take a “glass half empty” approach and assume that RnG will not be very nice. Based on a level 80 player with good weapon XP growth.

There are 8 modes to choose from, 7 use the default XP calculations and one of them (shoccer) uses a strange one.

Each mode will be covered in its own section in order with rebound first and points last, shoccer is strange and is covered at the end.

On game modes where for some reason you are not on all shot, this means each “turn” will give this amount of xp per tank that is alive and takes a turn.

There are also caps to this however, it is not fully understood how these work though, but the above is a general guide to what you should expect.

you WILL NOT get this xp if you leave the lobby before the game ends. 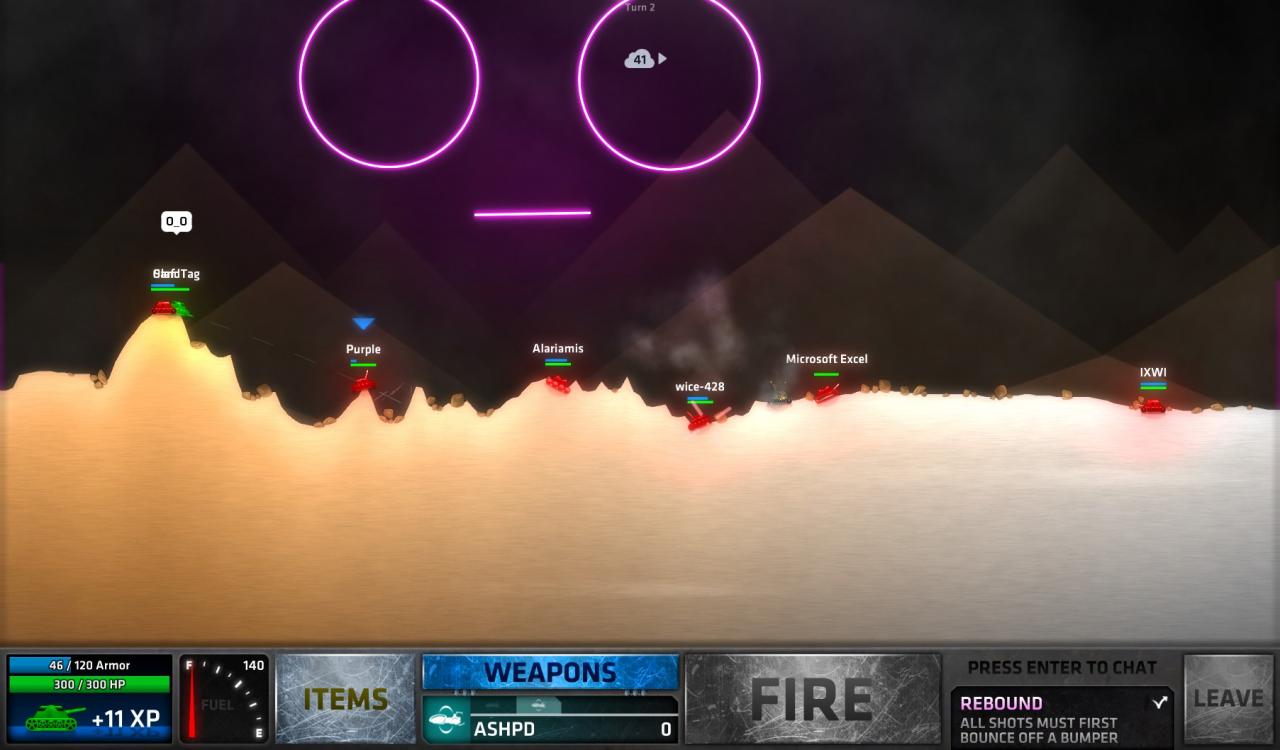 Rebound is the game of choice for many seeking xp and its not surprising, not only does it give the best XP multiplier but all shots give 5 bonus XP if they land.

For all configurations of rebound, generated maps are more likely to give better results as certain “odd” maps like arcs or narrow peak cannot generate and ruin the flow.

The Classic XP grinding setup, two players fighting over bumpers, but is it really the best way to get xp? Probably.

Another classic, this time in an 8v8 format, best played with 150hp rather than 300 to avoid giving players big wait times (as they might leave! which makes the next match take longer to start)

One of the most popular game modes going, it is woefully time inefficient however it is so inactive you could do something else inbetween shots, which makes it popular for padding out study/reading/watching or other low focus activities on a second monitor. 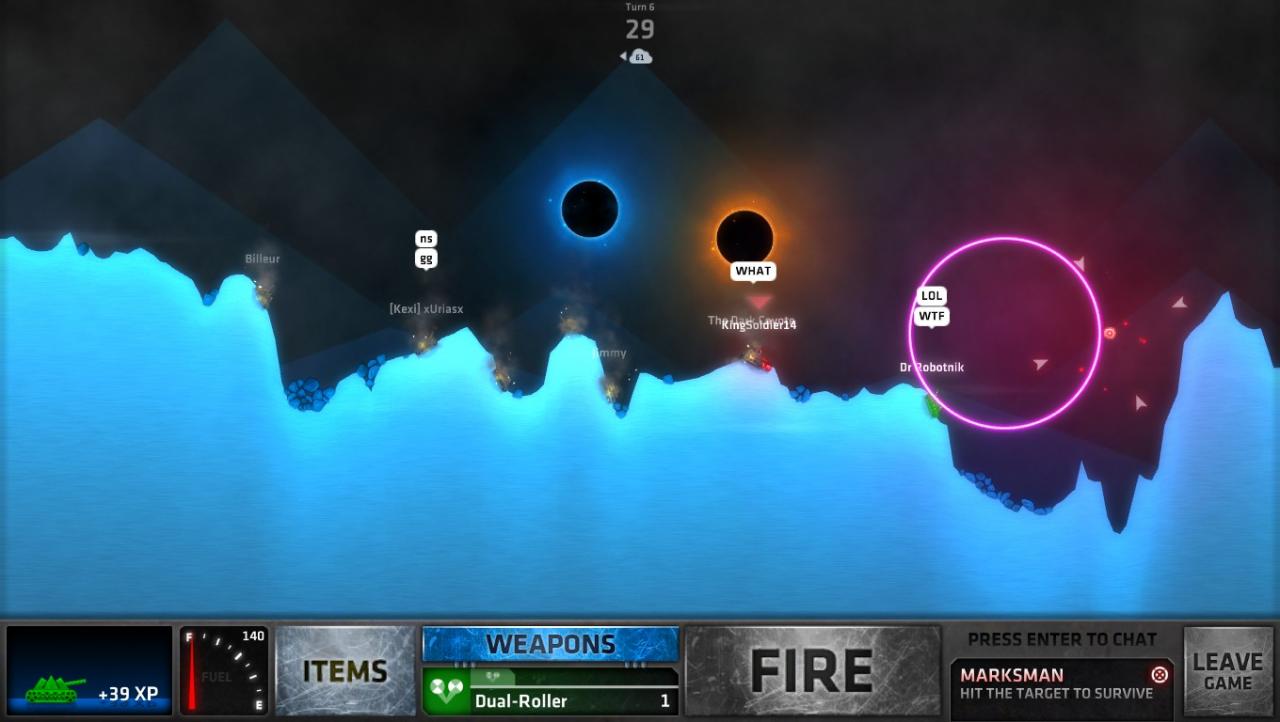 A test of patience and skill, marksman can keep pace with rebound in terms of XP gains but is very limited in execution, additionally the XP gain is directly linked to the skill of ALL players in the lobby, each player that dies will reduce XP gains for everyone until the game ends, with that said, skill comes with a reward and this game mode can lead to impeccable xp gains.

Unlike other modes, it is reccomended to exclusively play on the stadium map as this will prevent players from getting dug into pits (as the main arena floor is quite low) and it makes for easy damage each turn, which in term provides xp.

In order to farm xp from this mode, players will also need to hit at least one tank after the target, this is also why playing with wind on can significantly damage xp returns as players dying, being unable to hit targets or simply having their shots blow away after hitting the target will cost them any xp they would gain from their shots.

The standard marksman, one player in the centre of the arena and four players spread, two on the edges and two in the middle, players should be able to somewhat consistently hit the target and also another tank.

This mode is best thought of as a co-operative mode for farming xp and the main goal of this setup is for everyone to get lots of xp 🙂 Grind away people!

The most common marksman setup, while obviously marksman is not a popular gamemode, this one is the classic two player shootout, no friends, sabotage when available and nail those targets.

Identical to the above but with 8 players instead, average shot xp increases as you are far more often going to be able to hit a player after the target however overall xp per player decreases as players have to wait after dying. 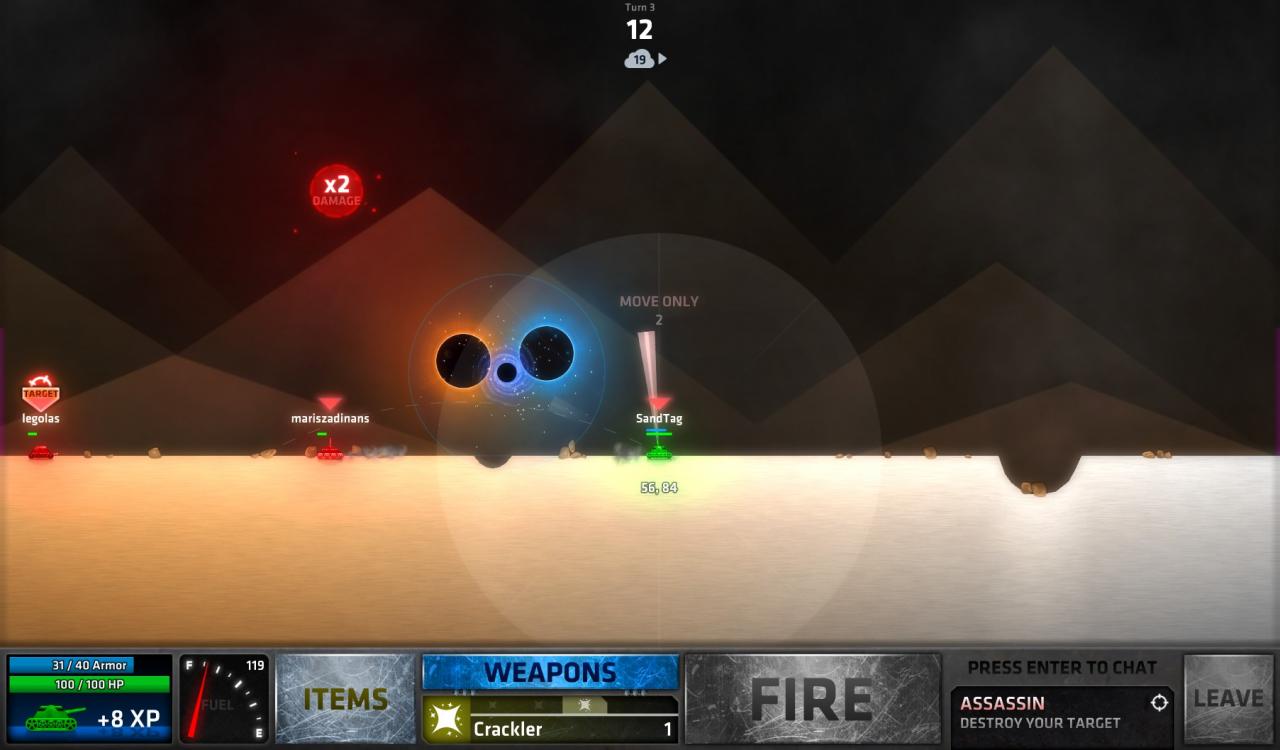 Kill your target, try not to be the target though!
All kills give double xp and you cannot damage any other enemy tanks except your target.

A fun 8 configuration that avoids unpleasant maps and ends up playing out like cluedo except the murder weapon is a nuke and the people are tanks? perhaps not.

A 3 player getup that isnt really meant to grind xp but instead to help farm for hidden blade, but how much XP does it actually give? 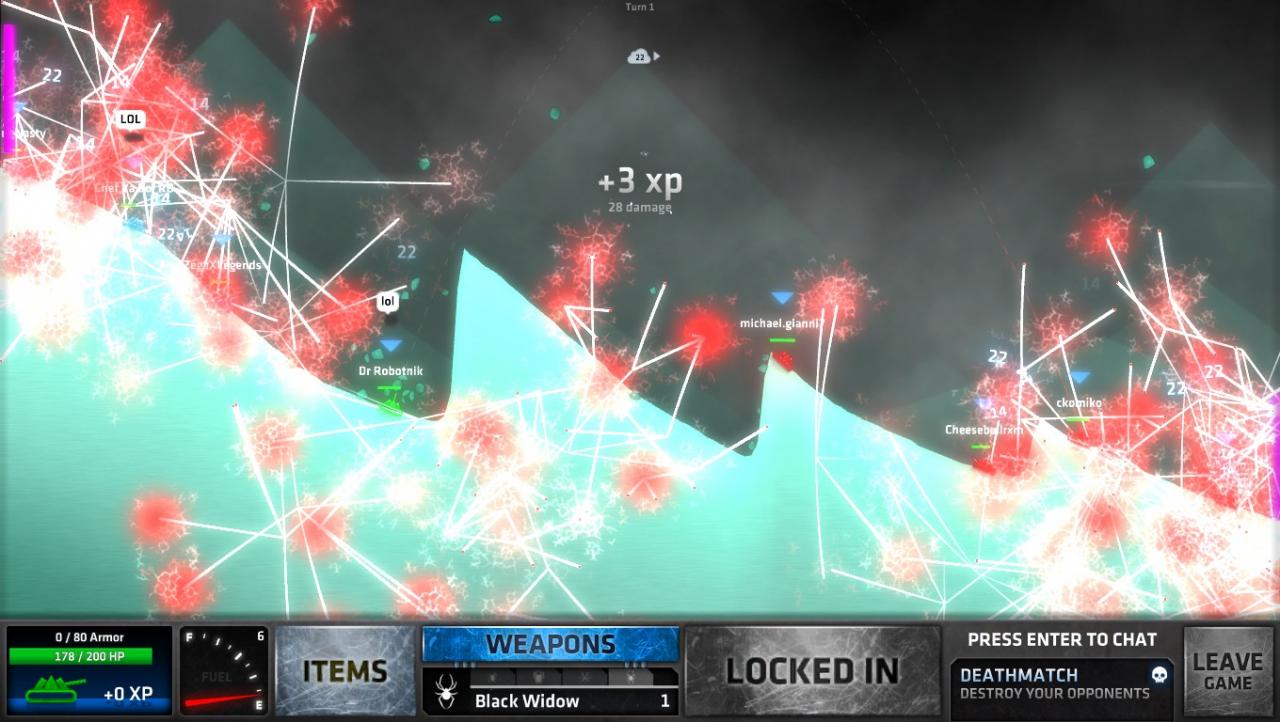 The Default gamemode and probably one of the least effective in terms of xp returns due to deadtime.

I dont really need to explain this one do i? just use a ruler like sarah shoot at the enemy tanks until they explode. 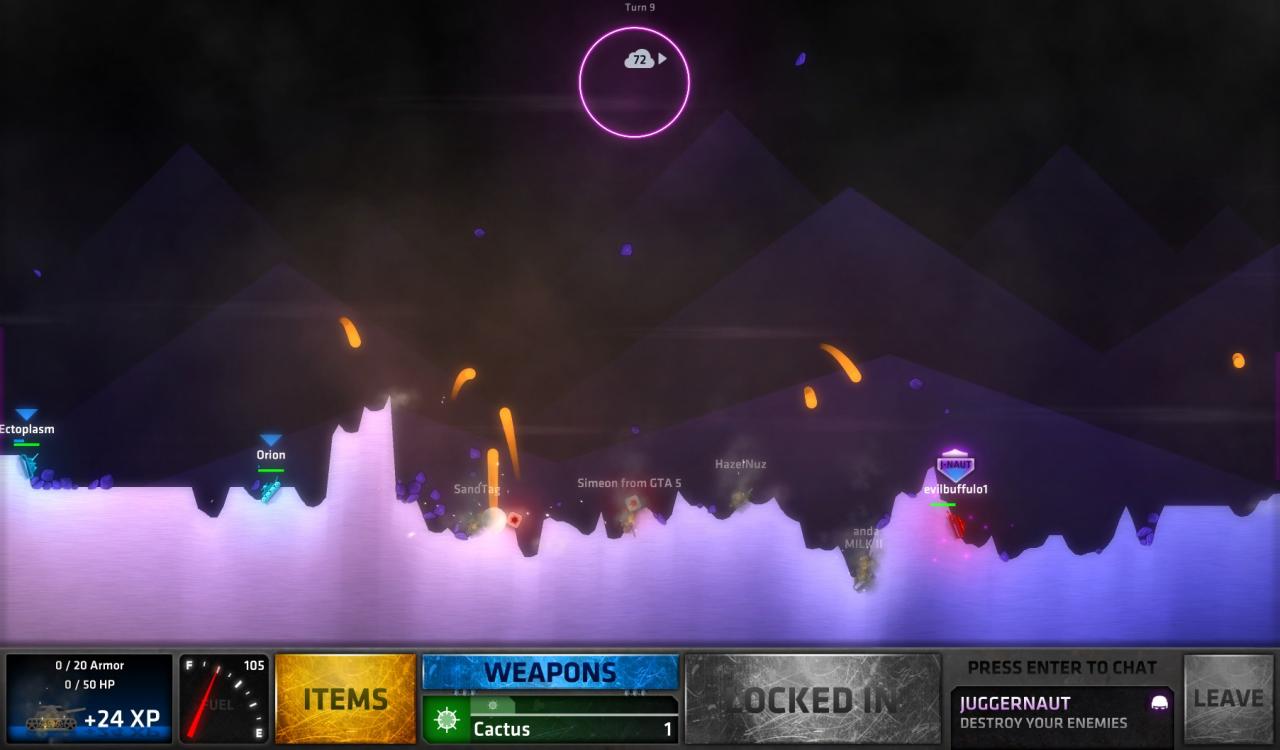 A rather unpopular game mode that involves one thicc tank trying to destroy other small tanks, it is not particularly well balanced, at high levels the J-naut tends to die and at low levels its sheer health pool is too high.
READ:  ShellShock Live: Good Ways to Farm XP

Given its weird getup and lack of players, only the mode which can grant its achievement is considered. 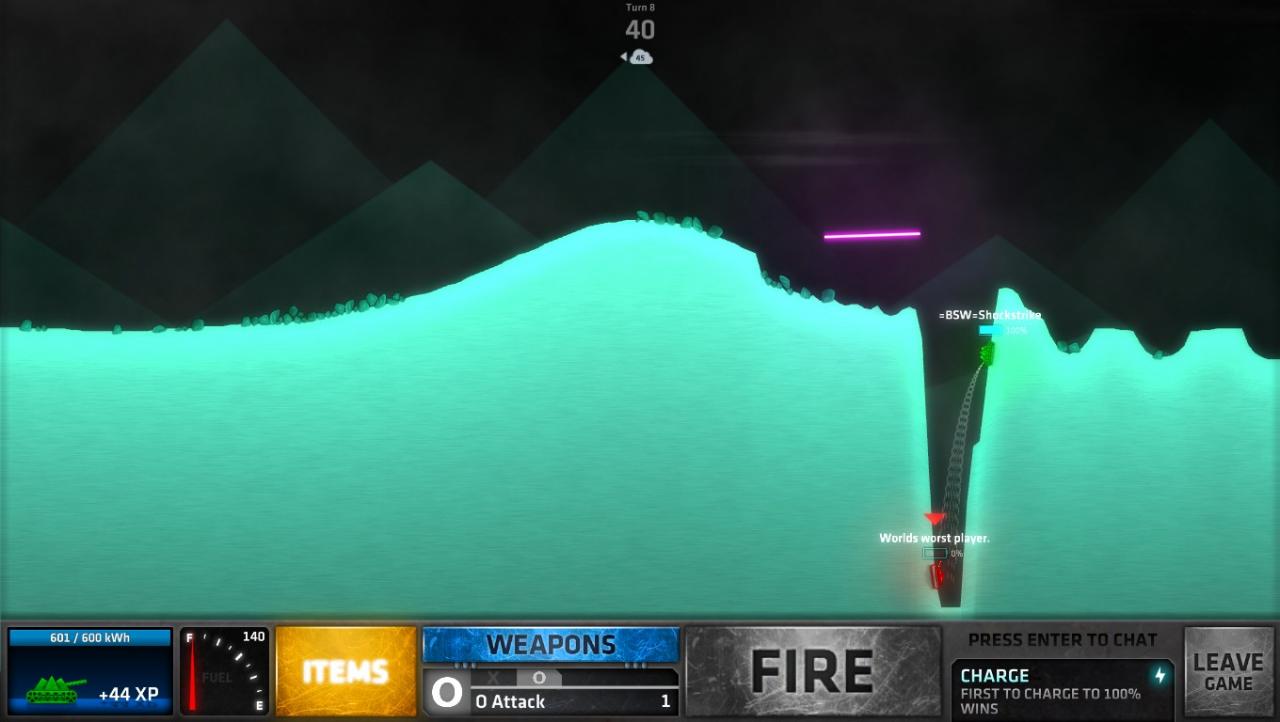 A strange sub genre of points, to win you need to get ahead of the crowd and fully charge your battery. 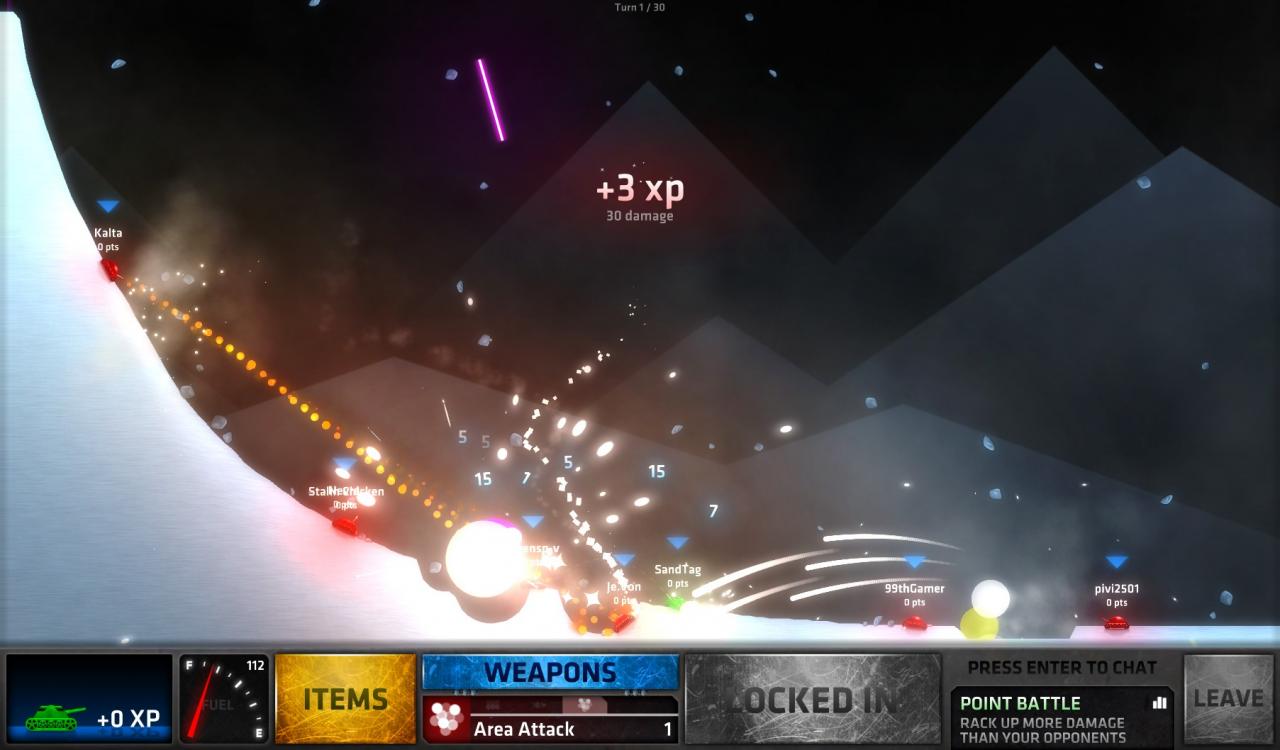 A sadly mis-used mode where low level players seem to think making a big pile of tanks in the middle of the map will actually give them lots of xp, no, it wont.

Points lasts as long as the turn limit does and can with the right setup output an extortionate gain however this requires people to actually play the game and not stack in the middle.

Requires all player to stand still rather than move to the middle, most weapons can still bag two tanks here and since they are adequately spaced apart you still get the xp for hitting multiple tanks. 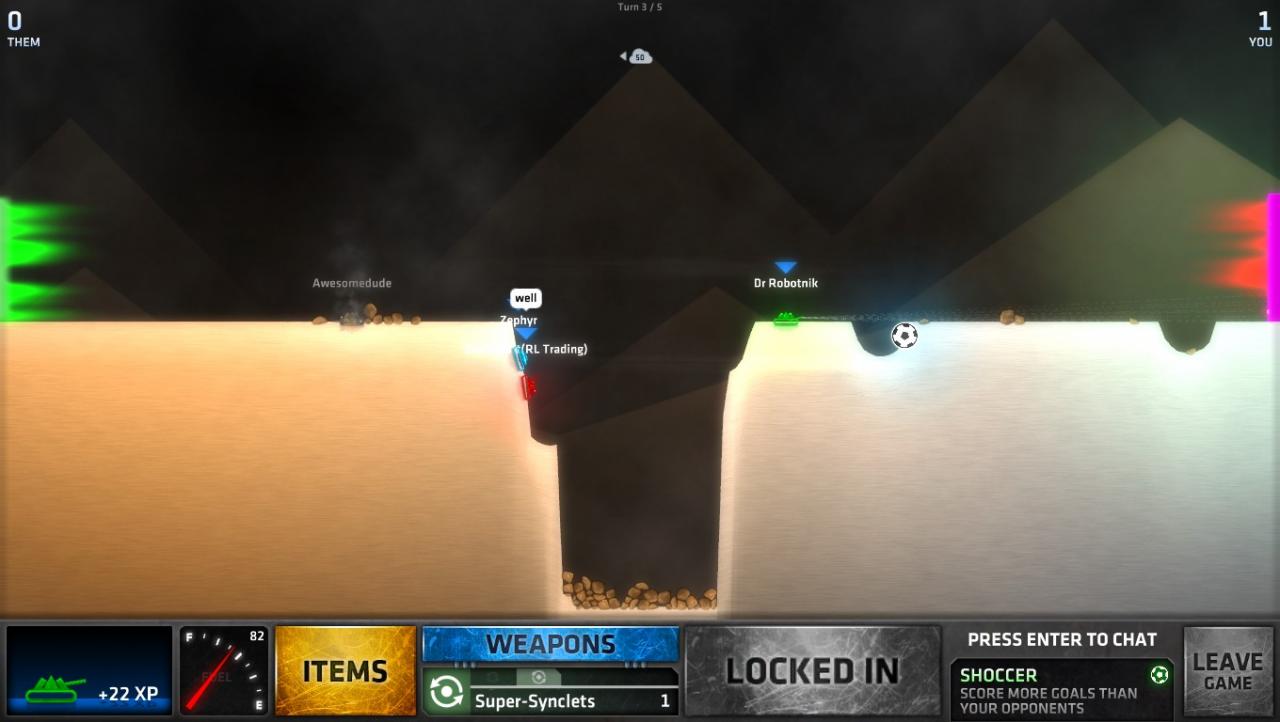 Shoccer is the last game mode and by far the least effective for getting xp, it was first seen as and still is a joke game mode.

I am not sure how to measure this one but know that its expected gain is somewhere between 200 and 300xp, any other mode is better.

If you have any suggestions or know of a configuration that gives good xp please leave it below in the comments.