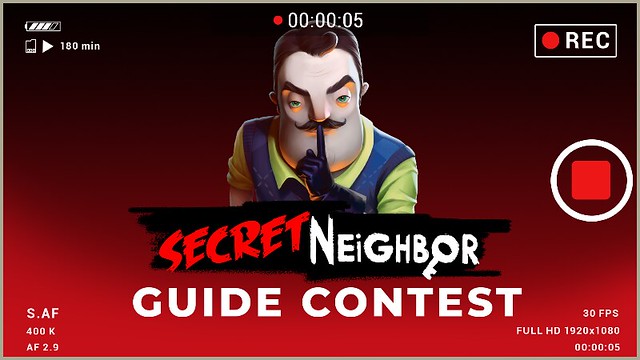 Here is the guide about characters and roles in Secret Neighbor Beta game. there are some tips and tricks at the end of this guide to help you become a Pro in this game.

The characters are the following:

Detective: The abilties of finding keys with a photo using Field Intel and after finding two keys with field Intel a random key will glow in the house

Leader: The Ability to rally the trops speed incress and anyone children within 10 meter raduis Quest: Inspire 25 childrena nd get the ability to dazzle neighbor within 4 meters with inspire

Scout: Slingshot the ability to fire nuts dealing 10 dmg per hit Quest: Hit neighbor 3 times in a row to get a permant 15% movenet speed

Default Skin: Hunting trap places down a trap disguise changes to the nearest kid Rage after being hit 5 times while being in block stance he becomes unstoppable

In my opioion of characters to pick from and choose to play I reckon the follower list from best to worst will be suited for each role
READ:  Secret Neighbor Beta: Guide for Beginners

Leader: The ability to outrun the killer is nice
Bagger: the ability to carry more to kill or unlock doors
Brave: Stun the killer after being grab
Detective: key location
Scout & Inventor the both equally bad in my eyes

playing as the neighbour is really easy just simply lie to everyone picking one by one then groups of people. It also helps you when you have choco bars as increass movement speed is the better option to kill than thorwning many objects at person in additional to the movement speed boost a gun is also a great option as a tool.