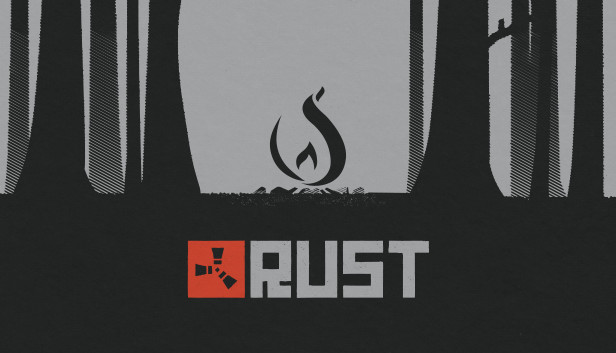 This guide will teach you the basics of electricity in RUST, and will demonstrate the practical uses for it. Create and test your circuits using the electricity simulator

Welcome to what I hope to be a helpful lesson or tool in Rust’s electrical system. Over the
years Rust has gone through drastic changes and through feedback and game-play has developed
into the game it is today. One of the most recent newly introduced items is the electrical system.
Initial appearances allowed for simple light circuits to allow us to not feel like we were still living in
the stone ages! A brighter, crisper, more white light came with this and with it a storm of love and
hate from the community. Through time it seems the supporters have won over the developers
and it looks as though power is here to stay in Rust! Since it’s stage entrance Facepunch studios
has continued to add more components that have allowed players to get creative and make some
elaborate contraptions that absolutely change the game-play and what you are able to accomplish
in game with a little know how.

If you are reading this, you have probably finally decided you are sick of dying in trap bases,
being interrupted by base owners coming home during your raid, or are jealous of your neighbors
sweet mini-copter garage that closes on its own as he flies off into the sunset. If not anyone of those, you would have to be here to learn to be the envy of the player I described above.

Electricity in rust has vast benefits and will continue to be more useful as more components are
added. If you think that the only thing you can do with electricity is hook up a few lights, then you
are definitely in for a learning experience! Below are a few examples of things you will learn here
that can save you time, play more efficiently, and more:

This list does not begin to cover all the possibilities, but a good understanding of the electrical
system is essential to using it properly and effectively. There are small things about this system that if not paid careful attention to can leave an effective machine rendered useless and sometimes at the worst time!

THINGS YOU SHOULD KNOW

This area is designed to go over some basic mechanics and concepts that will help you understand your circuits better as you learn and recreate them. It is fully recommended to look over the entire section including Bugs & Exploits as it can save you time, resources, and frustration later on. Each electrical item is placed slightly different and is used differently than others. Some
items are large and need to be placed directly on a flat surface. The items include:

The following items can be placed on any surface excluding doors:

The final item can only be placed on ceilings:

WHAT COMPONENT SHOULD I USE?

HOW DO I CHOOSE THE BEST SOLUTION FOR A SENSOR OR CONTROLLER?

When designing your own circuit it can get confusing on which component to use and why. Sometimes the most rudimentary option is best, while in more complicated systems a more logical and thorough approach is necessary. To start this off lets start into a list of the controllers and their advantages.

BRANCH – Most wouldn’t assume this to be a controller, however it can be used to detect if an amount of power is present. This is done by setting the branch to the desired output or needed power, and connecting the main power to a blocker or other manner of device to allow a pulse when that signal isn’t present. The branch output is always prioritized over the main output.

BLOCKER – This a useful tool I like to call a cutoff which has an input, output, and toggle. The input simply receives an amount of power and passes it through to the output, if nothing is connected to the toggle. If the toggle is connected to 1+ power, it will cancel the input from the blocker until power from the toggle is removed. This is good for shut off switches and things like daylight sensors.

MEMORY CELL – This is what most consider the scariest controller to master, but in reality is relatively simple once you have utilized it for a circuit and understand how it works. The Memory Cell has 3 states and dependent on the state will pass-through to one of the outputs. The intimidating factor comes from the extensive amount of ports it has, so I will break them down a bit. You may find a different explanation somewhere else but I feel this is the easiest to comprehend. You have only one Input which will pass through power -1 dependent on the state. The state can either be 0, 1, or 2. Assuming the device is only receiving power in and has never been powered on any side port the state is 0. This basically means it is waiting for you to tell it what to do. Now, on the right side you have a Set, Reset, and Toggle. The Set will always set the state to 1 when triggered. The Toggle will change state 1 to 2, or if in state 2 will change back to 1. Simply put, Toggle toggles between 1 and 2 when powered. The Reset does exactly what you would think, and resets the state to 0. The last 2 ports are the Output and Inverted Output. In the state of 1 the standard Output will allow pass-through. In the state of 2 the Inverted Output will allow pass-through. While in the state of 0 the switch is considered off and will not emit a signal.