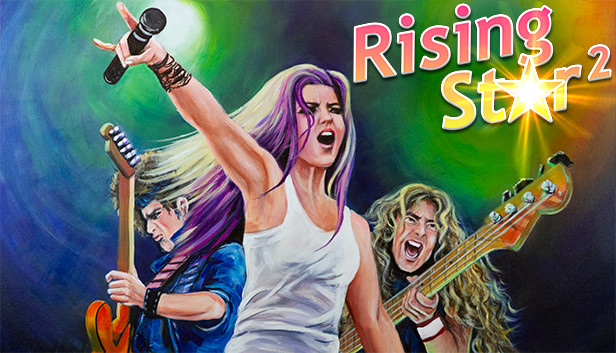 For Rising Star 2 players, if you are looking for some Tips and Tricks that might help you in the game and having a quick start, this guide provides 8 important tips that will help you out.

The repair skill appears to be the only skill that you can improve by using it. As time doesn’t pass until you either write a song, practise, rest, play a show or travel to another city you can use this time to drive around your city for as long as you like visiting all the music shops.

You then buy every piece of item that is of durability 40 or below like the item you see here. At easy level you get 6 repair chances per day per band member, at normal you get 5 and at hard you get 4.

Early on while your skill is low your chances of repair are low, so make sure you don’t just focus on 1 piece of equipment to repair on because if the durability gets to zero you won’t be able to repair it and the sale price is $0 – meaning you have just the money you spent on that item.

Once you have repaired your equipment you can go back to the music shop and sell it. Continue to do this as often as you like to build up your band cash.

Also, after every show your equipment loses durability, so make sure to repair your utilised equipment after each show – when you can get to a home that you own.

Watch as many shows as you can

Early game, make sure you go to watch a show every Friday & Saturday and make sure its not a theatre or arena as there is no mingling with other bands. You can view what shows are on each week through your concert guide tab

The relationships you build with other bands and the venues are crucial in getting you your first shows.

I try to go to battle of the bands shows early on as they normally have 4 bands you can interact with and build a relationship with. Yes, it costs you money but you should be making more than enough money to cover the costs if you are using tip 1

Only play practised songs at shows.

You always want to play the best show you possibly can to increase your popularity and the songs popularity.

Only hire band members that have a green relationship with yourself (and other bands members).

If you have band members who dislike each other then keeping them happy is a lot harder.

I cannot stress how important this is as I learnt this lesson the hard way. I had a singer who left the band 3 days before a 2 week tour.

There are 3 song types – Low, Medium and High.

These impact the energy spent by your audience when watching your show.

A high energy song will mean the audience expends energy.

A low energy song will allow the audience to increase their energy.

A medium song seems to keep it steady or a slight increase.

You will need to mix up these song types to keep the audience energy levels up during a show, if the energy level of a show gets to zero for that song then that will have a negative impact on your show.

Different crowd sizes at each show also have an impact on the amount of energy spent or gained, so keep that in mind when designing your set lists.

Give away CD’s and t-shirts

When you are staring out and trying to get popularity it may be extremely tempting to record a CD and then sell them for the extra money.

If you are following tip #1 you don’t need to do that, so a good strategy is to give away your independently released CD’s.

There’s no place for ego

To keep a band member happy you need to play good shows, watch other shows, change their outfit, buy new equipment, write songs using their ideas and then play those songs at shows.

I have found that the higher the ego the harder it is to keep them happy. For this reason, I tend to avoid any band members with an ego of 50 or more.

Once you get to popularity of 2, you can hire a band manager. This is arguably the best move you can make for your band. A manager will take a significant cut of your profits, but what they can provide will make you far more money that if you didn’t have one.

A manager has a number of options, do nothing, book local gigs, book a tour, find a record contract or find endorsements.

Book a tour
Booking a tour will make you the support act of another band and you will tour the surrounding cities, this is great for making the band some money and gaining popularity.

Bonus tip – if you have a gig on 1 night in 1 city and another gig the next night in another city, after the first show – travel to the second city and you don’t have to book/pay for a hotel.

During a tour you are playing a lot of shows and gaining a lot of inspiration – keep an eye on your inspiration level and when its full, book a hotel and write a song. Some of my best songs have been written while on tour.

Normally your manager will find a few and you have to choose between them. What I have managed to find out is that its not all about the royalty rate.

The promotional money that the label offers plays a big part in getting your album higher up the charts – which means more sales.

I spent the time to record 10 songs, play them until their popularity got to 100 and then released a record. I only managed about 800ish in the charts, so make sure to pay attention to the promotional money offered.

Find endorsements
Finding endorsements is a good activity to do, as your manager will hook you up with deals that give you money per gig – based on what equipment you have. Early on, this is a nice extra piece of income but later in the game it becomes quite insignificant.

That’s all we are sharing today in Rising Star 2 Tips and Tricks For Beginners, if there are anything you want to add please feel free to leave a comment below and we’ll see you soon.

3 thoughts on “Rising Star 2 Tips and Tricks For Beginners”