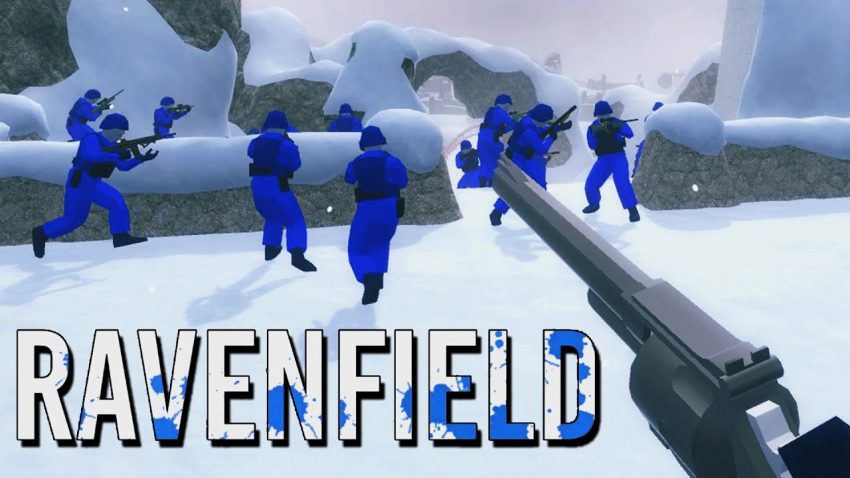 A brief guide to the Scary Halloween Version and it’s secret sidequest.

So, what’s in this “Scary Halloween Version”?

On Halloween, 2019, Ravenfield quietly received an update that added a few small but noticeable changes to the night version of the in-game maps, as well as a secret sidequest.

Since no one else as of 11/1/19 has done so yet, I am making this guide to collect what I have discovered about the secrets introduced in the Halloween Version.

The only map to receive a major facelift, Island has been enhanced with patches of Jack-O-Lanterns to get us in the mood for the spooky season! In addition to setting the mood for the update, the pumpkins also serve a practical use in adding much needed light to the battlefield.

Please note that the Jack-O-Lanterns, and all Halloween content, will only appear on NIGHT MAPS. The day maps are unchanged. To switch to night maps, check the cooresponding box on the Instant Action menu. 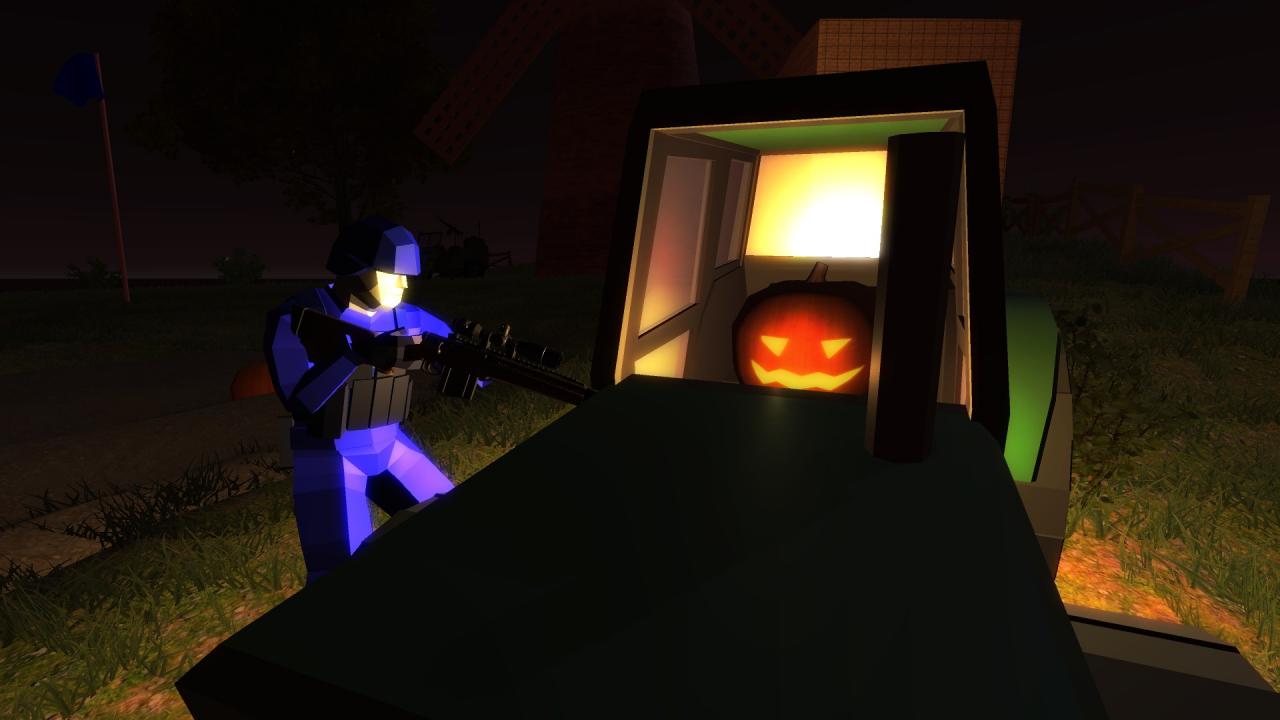 As you fight across the battlefield during the night maps, strange hooded ghosts will spawn at random areas of the map. Shooting the ghosts has no effect. They don’t seem to notice you, nor will they attack you or any of the bots. However, attempting to get close to them will cause them to disappear in a burst of light, so the only way to get a good look at them is through a scoped weapon. 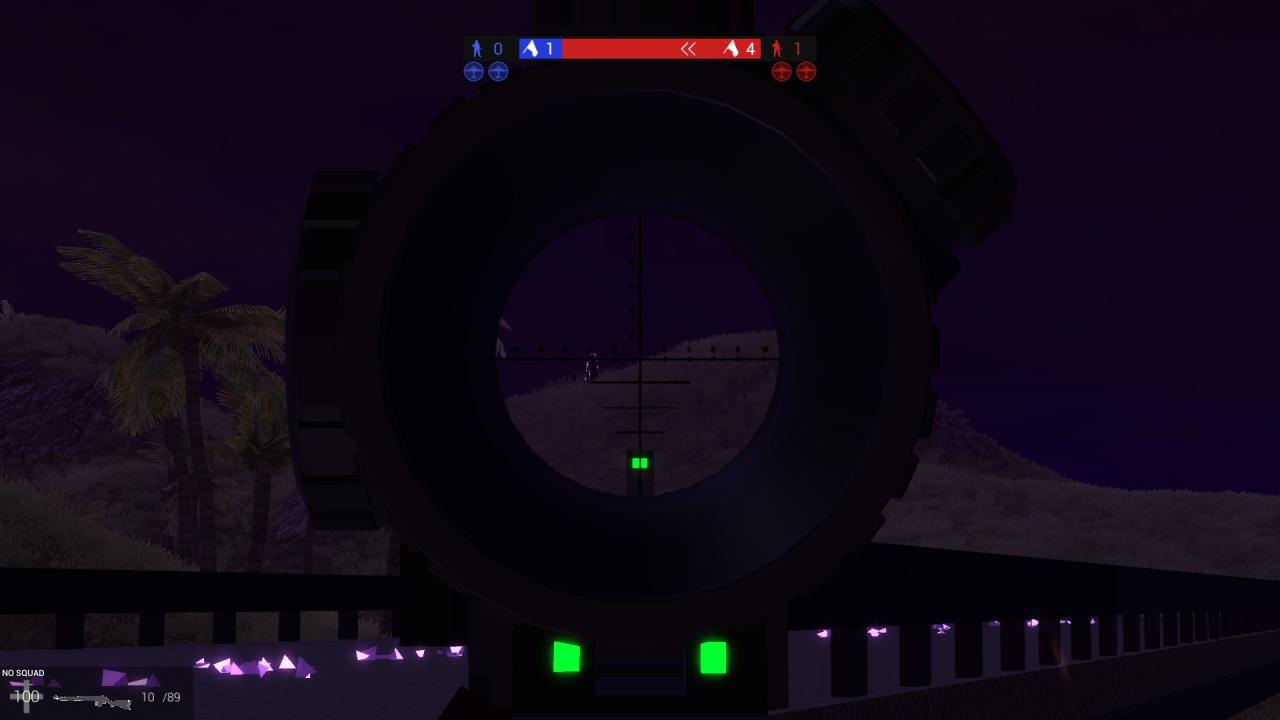 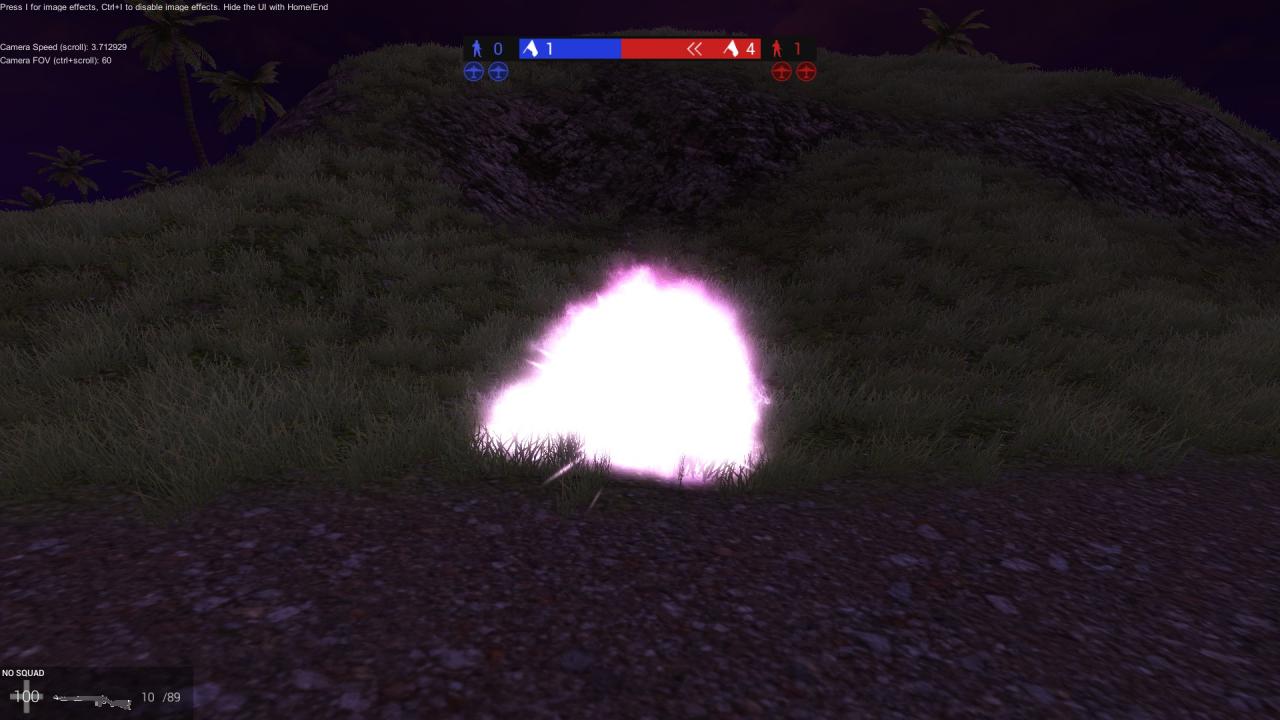 Similarly, it is impossible to get a closer look at the ghost using Screenshot Mode – It will immediately disappear as soon as you enter the mode.

The following sections refer to the sidequest introduced in the Halloween update. The goal of this quest is to find hidden scrolls that appear on the maps. Collecting these scrolls unlocks new lore, plus a few more easter eggs. 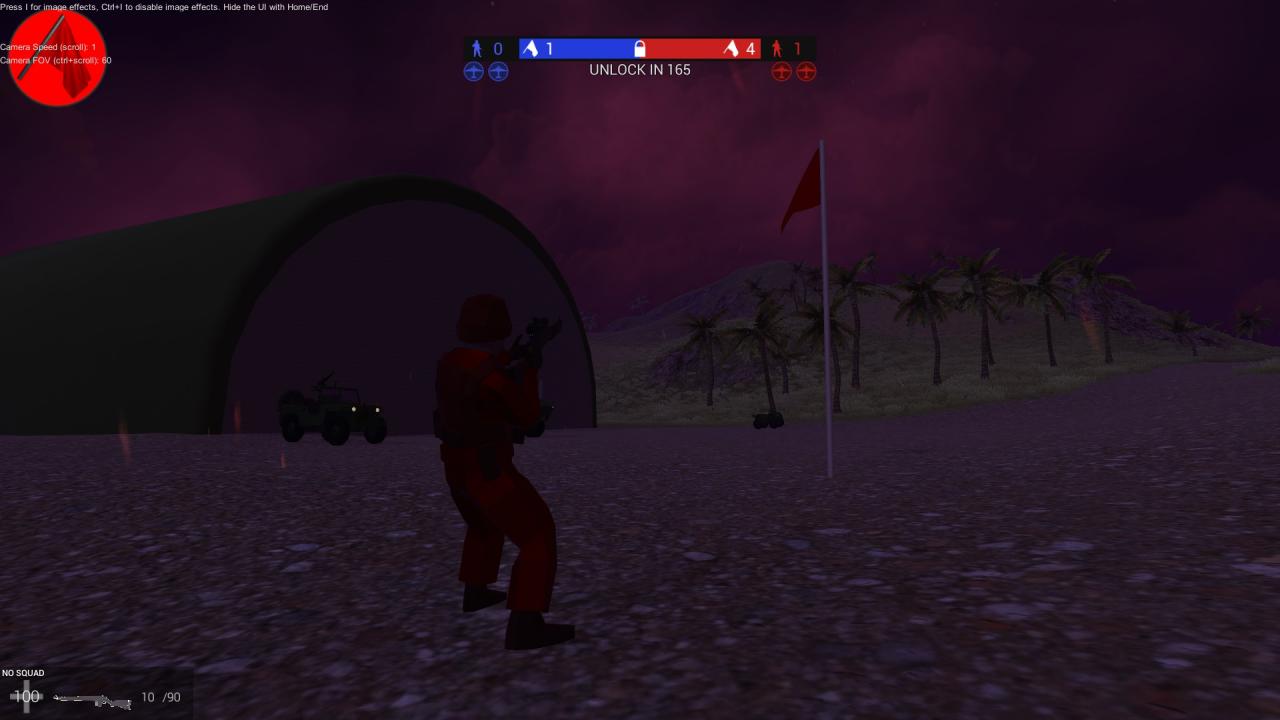 To begin the Scroll Hunt, you will need to begin a ghost night map, containing a creepy purple hue, as shown above. Ghost nights spawn randomly, but you can force it to appear by pausing the game and clicking Restart until it spawns. Outside of the ghosts spawning as they would in a normal night map, there are no added threats to worry about…unless you decide to start the map with 200 bots duking it out, of course.

It appears that ghost nights spawn on most maps (including custom maps), but not all of them.
From my playthrough, I have been able to spawn it on the following maps: 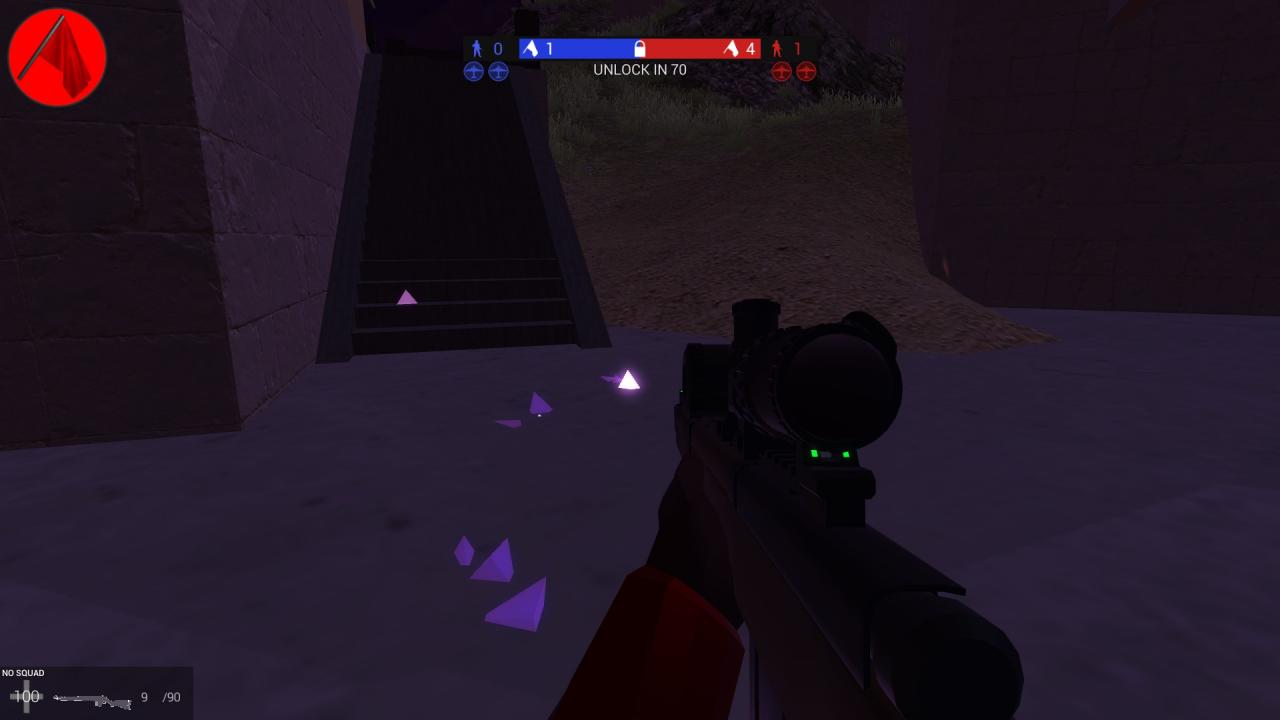 At the start of the ghost night, search for a small cluster of crystals spawning near one of the flags. In this case, I highly recommend using Screenshot Mode to search the map for the crystals so your not wasting time trying to find which flag they’re spawning at. 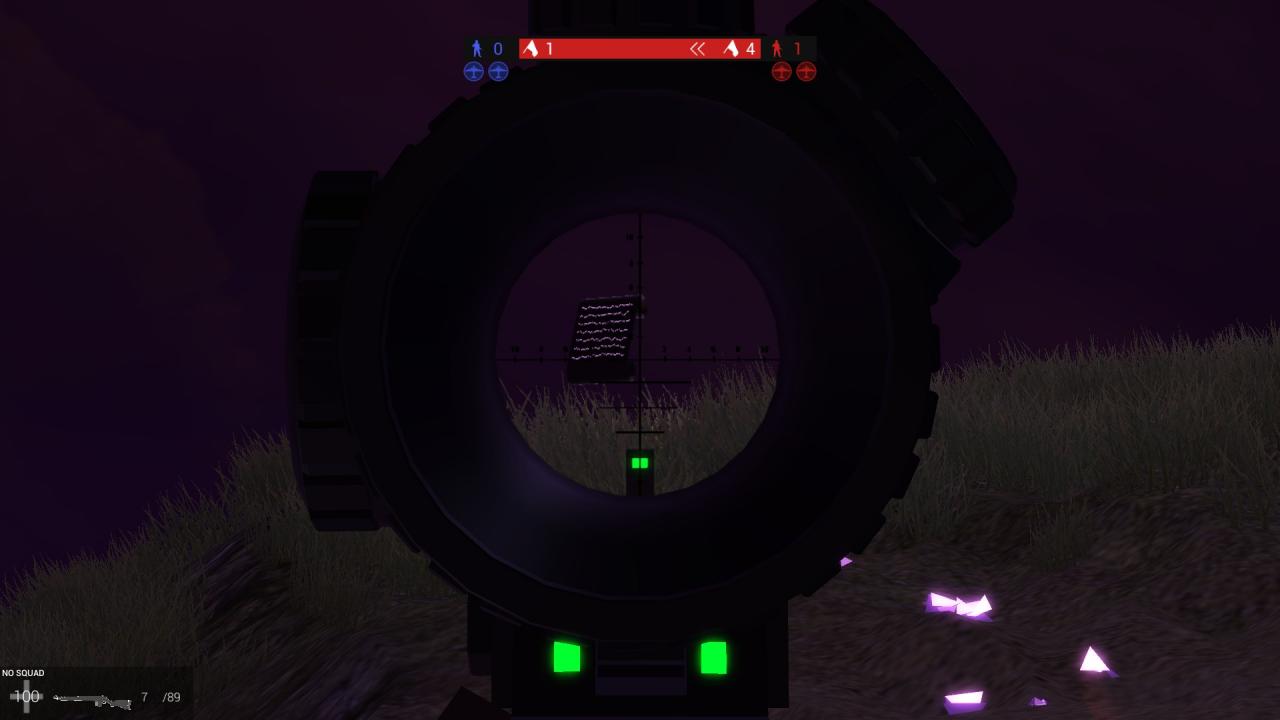 Once found, the crystals will create a path for you to follow. Follow it to the end to find a scroll.
From my count, there are six different scrolls to collect, each marked with a number and containing a poem. Repeat the process with different maps until you have found them all.

Scroll
Text
Picture
I
An empire, broken and forgotten
Desperate for peace in troubled times.
At dusk the envoy leaves
Carrying a bottled breeze. 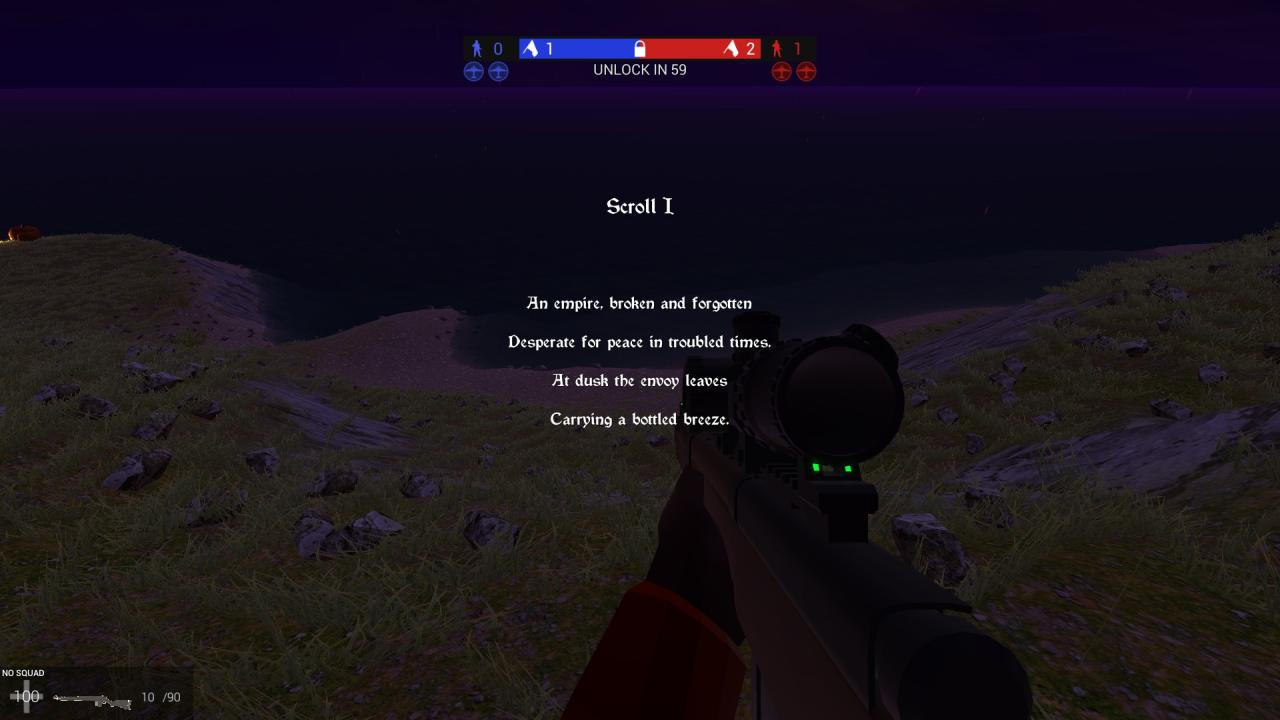 II
A fork in the road.
The bottle cracks.
Departure from duty
Guided by the zephyr. 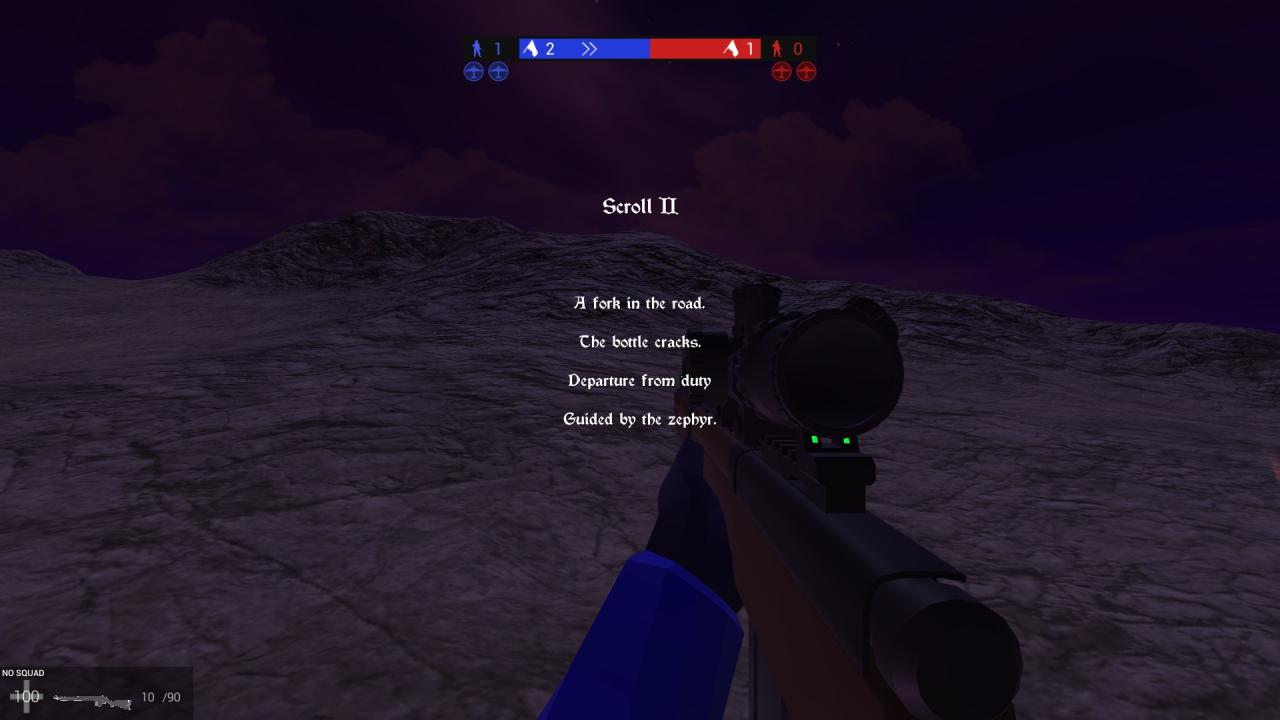 III
Forged in crystal water
A cleaver fit for kings.
Morning light draws near.
The roaring wind splits the sky. 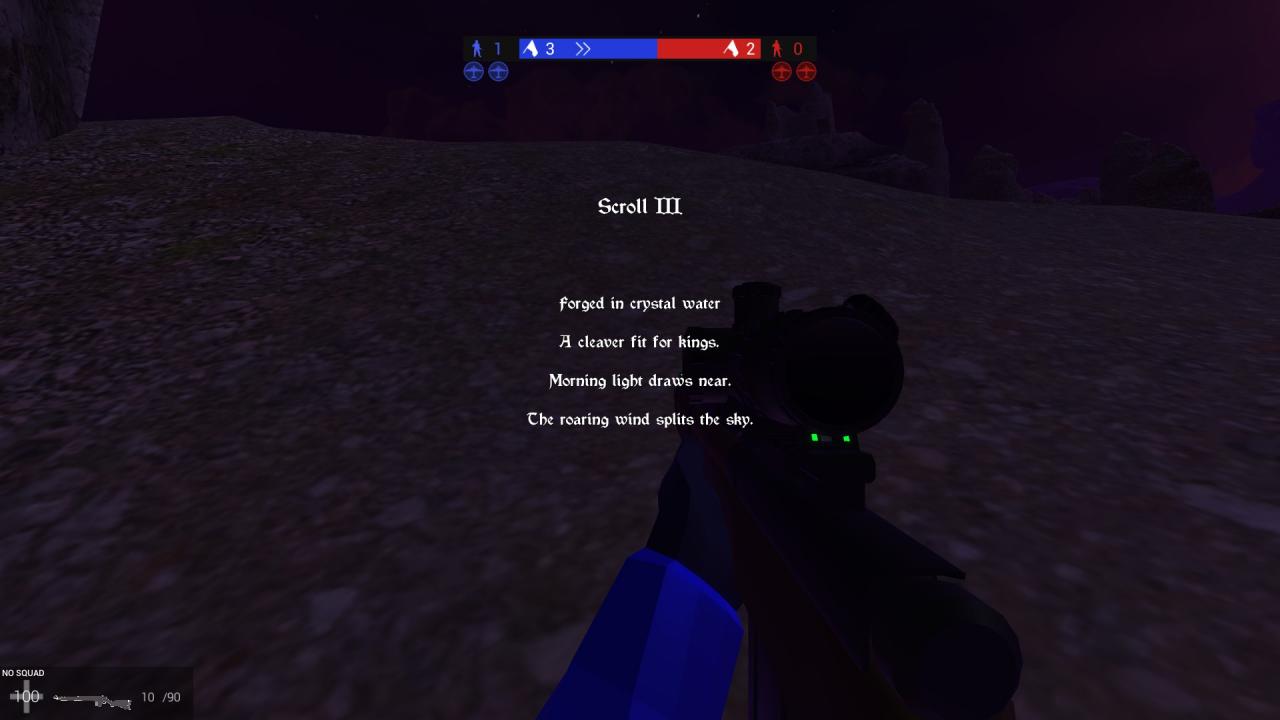 IV
The crown is stolen.
Look to the sunrise:
An alliance awakens
In storms of conquest. 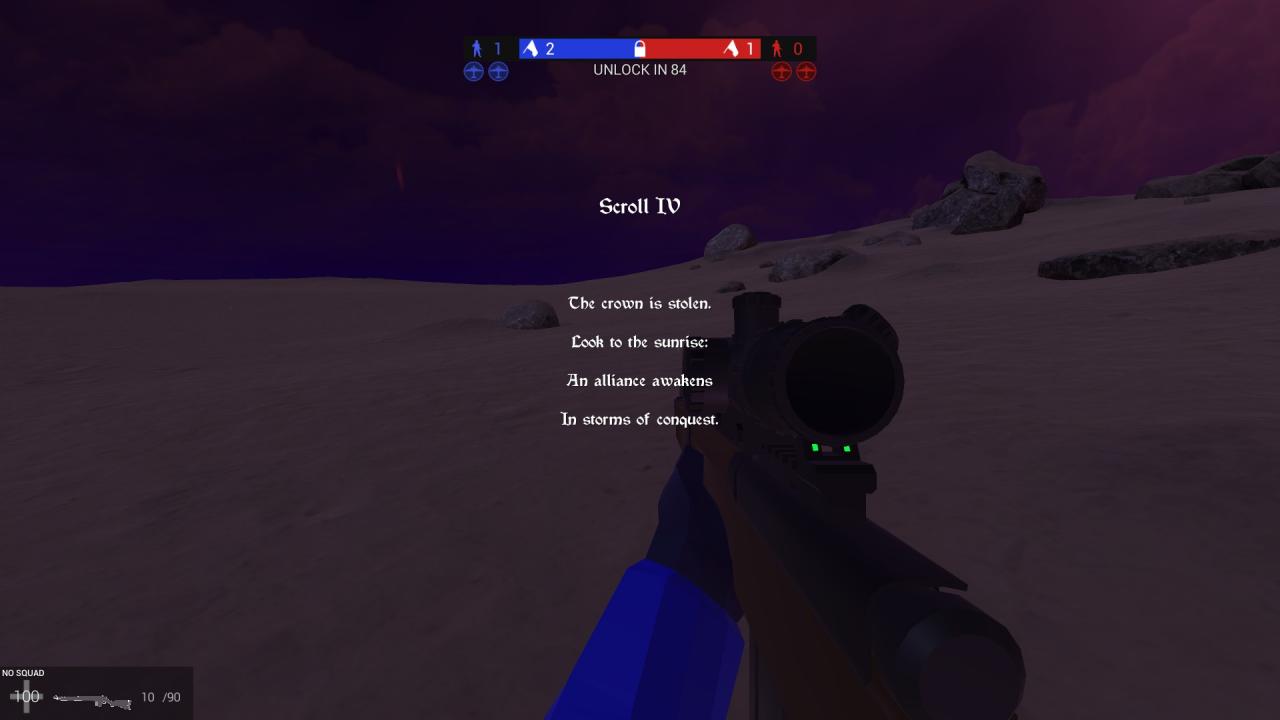 V
A plea for help
Overture of equilibrium.
A blade, quenched
Inside the cyclone’s doomed eye. 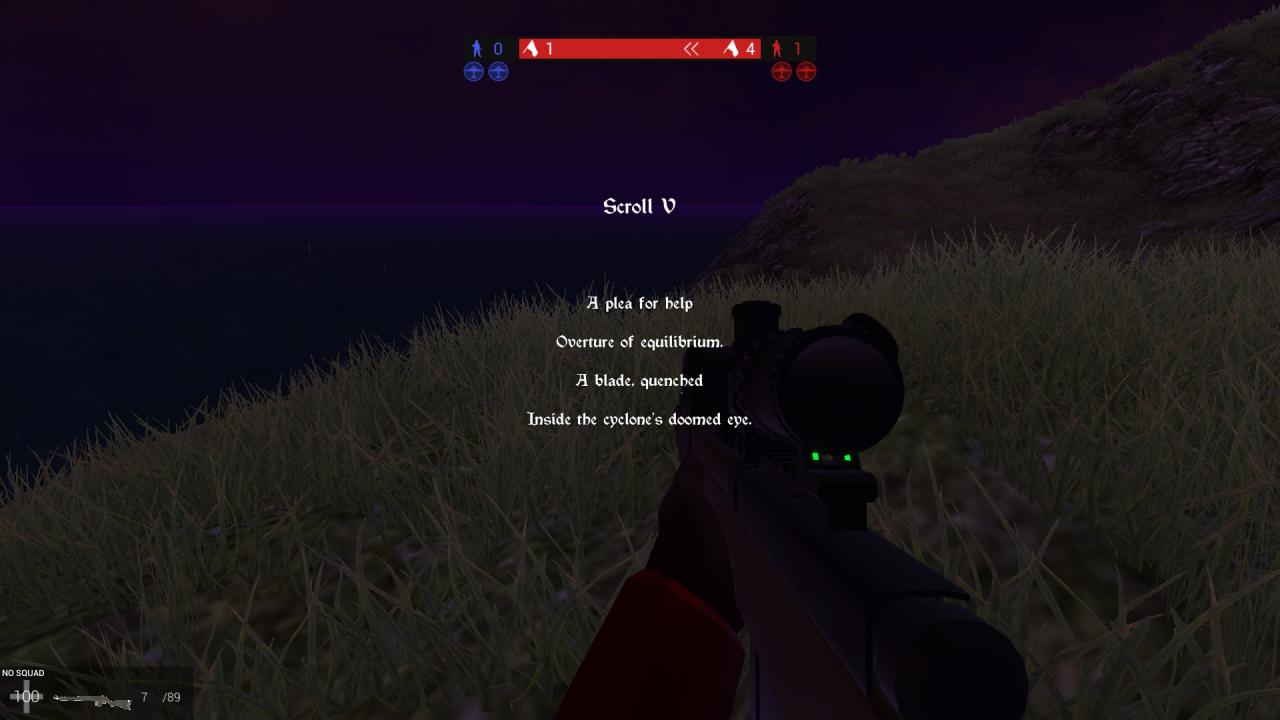 VI
But power corrupts
And surrounded by avarice
The river freezes.
We depart. 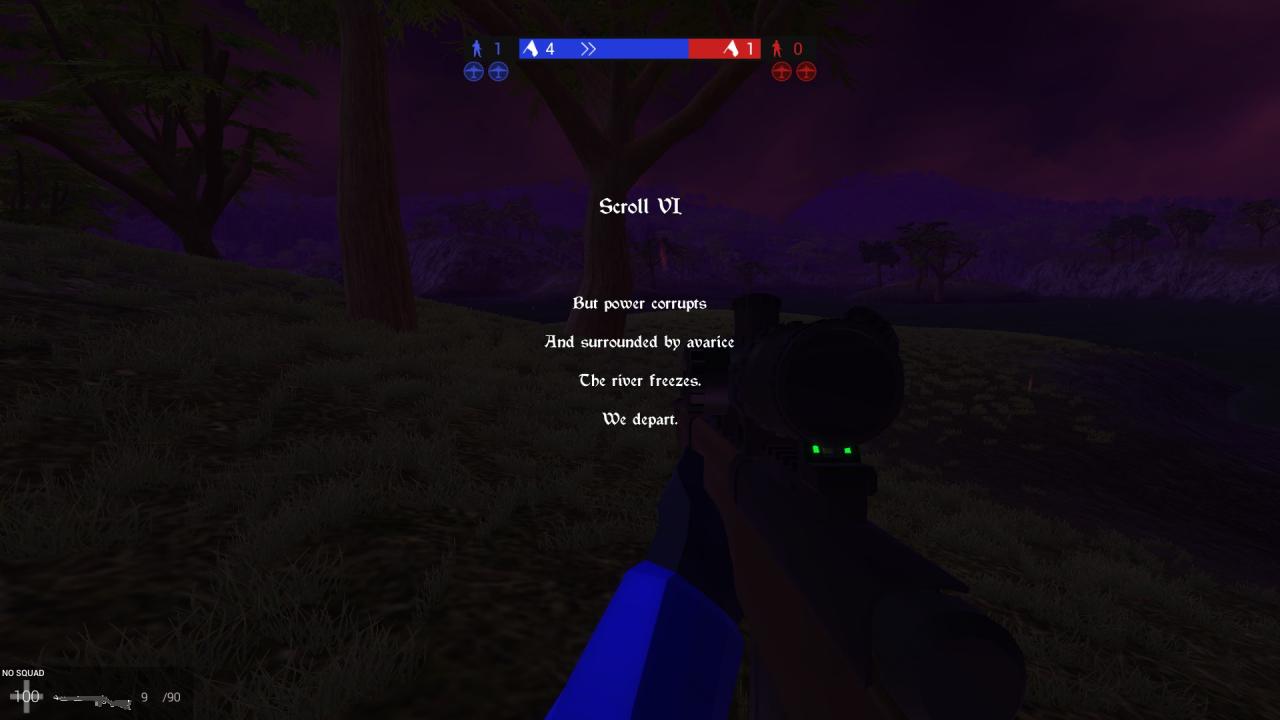 After finding all six scrolls, the clues hint at something about a breeze and a frozen river.
Using these clues, you should determine that your next location is Temple.
Go there and begin a ghost night match. Follow the steps with the crystals again to find the last scroll.
Scroll
Text
Picture
Lost Scroll
We are unknown to you.
Yet we shade your sight and steer your march
To fields stained with the pigment of your banners
Until the scouring spring water breaks free. 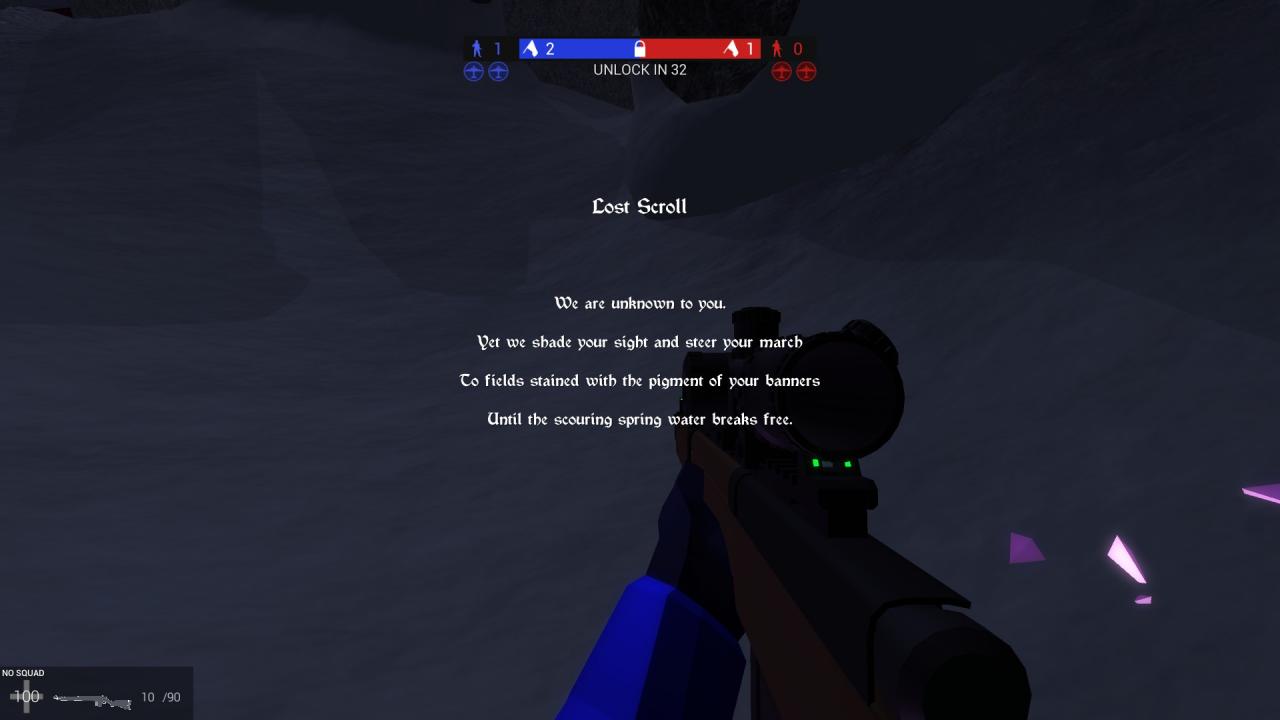 Upon collecting the final scroll, another trail of crystals will appear for you to follow. Follow this trail to it’s end to find a surprise.

Simply follow the last trail of crystals to find the reward for completing the sidequest: 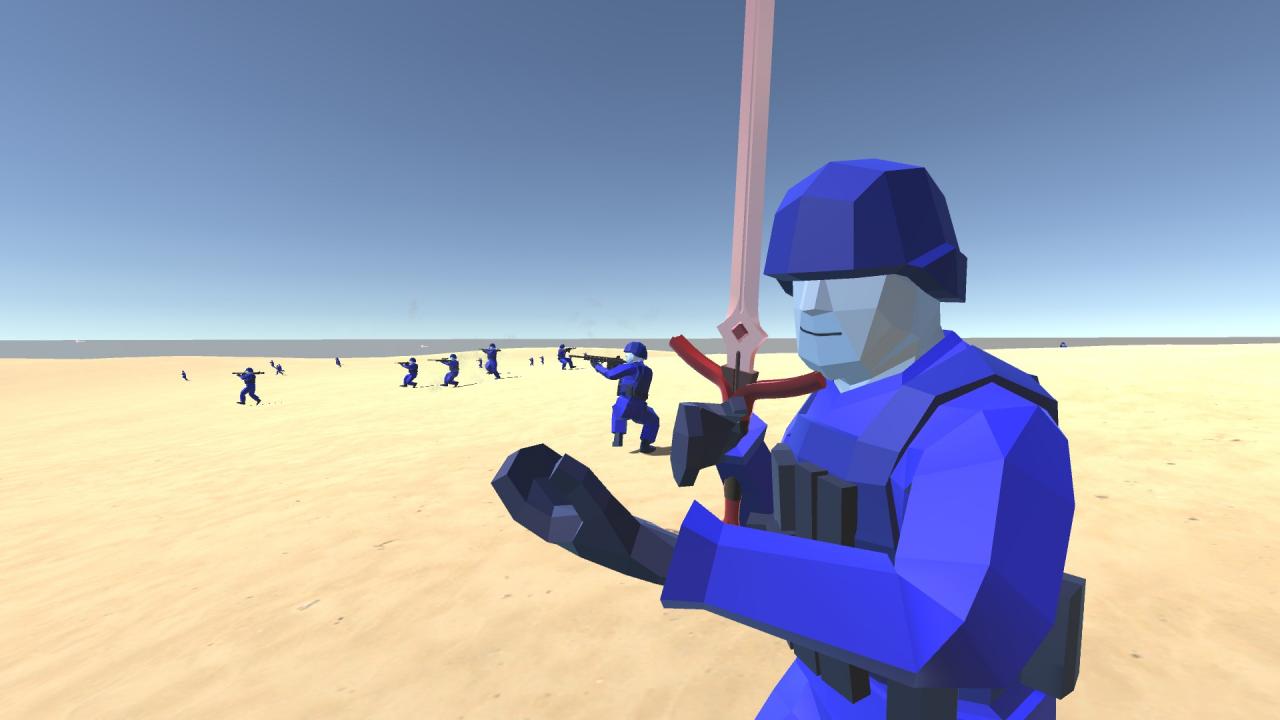 Once unlocked, the new weapon will be located in the Equipment category.
Left-click to take a large swing of the sword that one-hit kills your opponents. Hold Shift and run to charge into battle with the blade thrusted forward and IMPALE your enemies!

…Juuuuust make sure those enemies aren’t equipped with assault rifles before you charge recklessly into their lines, though.