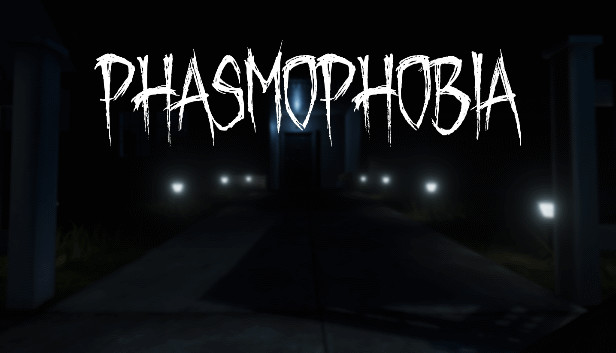 This guide contains spoilers about some inner working of this game which might ruin the magic for you. I’ve compiled some misconceptions that I’ve seen in my time playing public lobbies and just browsing the internet.

I’ve based this off of my personal experience and this lovely resource [github.com], which I would recommend for people to read, even though it might be a little bit outdated, but it is still mostly credible.

#1. The ghost cannot follow your voice during a hunt.

This is the biggest misconception about the game that I’ve seen even high levels believe in. The ghost can’t follow you or know your position via your voice during hunts! It’s entirely line of sight, and voice recognition only really works to give you responses while you’re in the ghost room. So, an average hunt works like this:

1. The ghost picks a target, which can change depending on line of sight and proximity.

2. When chasing a player, the ghost will shoot an invisible line between it and the player’s head, which means crouching might actually save you sometimes. If it fails, it currently forgets about you completely until it sees you again.

3. When not chasing, it will wander around shooting those invisible lines, which are referred to as raytraces straight from the ghost, and then another one slightly to the right if it fails to detect anything. If the ghost is not a banshee, it will cast two raytraces to each player and if those fail, it will basically just wander again with having one player in mind, which doesn’t matter in practice.

So yeah, nothing is influenced by the sound player makes, even when blasting loud music. However, if the ghost does kill you because you were doing that, chances are that it just wandered into your room randomly. The best way to check this is to follow the ghost when you are dead, its movement seems to not follow any logic at all and it just checks a room, if it sees nothing, checks another room in the house, etc.

#2: The crucifix doesn’t stop the hunts, it only prevents them.

So what happens is that whenever the ghost tries to physically appear during the very beginning of a hunt, it checks if there’s a crucifix 3m (5m for banshees) away or less from it. If it is, the hunt is cancelled and the crucifix lasts for 2 uses. Once it cancels 2 hunts, it disappears. Crucifix 101.

Nope, it isn’t only useful to do that one objective. What smudge stick does, if it wasn’t changed in a hidden update, is if it is used (starts smoking) and is 6 meters away from the ghost, it will:

2. Stops the ghost from hunting for 1.5 minutes (3 minutes for spirits),

3. Stops Yureis from wandering around for 1.5 minutes.

During a hunt, if a smudge stick is lit and thrown at the ghost, it stops moving for around 5 seconds.

They’re great, but it’s kind of a shame you need to sacrifice two inventory slots for them. So make sure to bring them in case you have a ghost that doesn’t want to do anything in the room.

It sometimes gets bugged, so please don’t rely on it during smaller urban house missions. In my current experience, it does show freezing temperatures sooner or later if the ghost has that trait. So next time when you wander inside the house and see hot temperatures everywhere, it might be good to give it an EMF scan or spirit box check.

#5: Having low sanity doesn’t make you a target.

Refer back to #1. Notice how there isn’t anything said about sanity. Having 0 sanity won’t make you an automatic target during hunts, it just increases the frequency of a hunt and even then, just because you have 0 sanity and you’re alone in the building while others have 100 and stay in the van doesn’t mean that the ghost will be likely to hunt you, since the hunt chance depends on the average sanity of the entire team on the map, not just in the building.

#6: Dirty water will appear once the ghost feels like it, you don’t have to turn on the sink.

If a ghost enters the bathroom, chances are it will give you dirty water if it decides to interact with the sink. You don’t have to do anything.

#7: You don’t have to produce breath to know it’s freezing temperatures.

If your thermometer is equal or less to 2.9 celsius, it’s going to be freezing temperatures. Ghosts without freezing temps trait can give you only up to 5 celsius temperature, and it can vary by +-2 Celsius, meaning that if it dips below 3 C, it’s freezing.

In the game’s code, each EMF level has a meaning. Level 1 is no activity, level 3 means the ghost threw something, level 4 means it appeared there recently, and level 2 means that it has interacted with something near the spot AND has a 25% chance that it’ll be a level 5 signal, if the ghost has that trait. So be patient to get that evidence, you might just be unlucky.

#9: Saying just the first name of the ghost is sufficient, you don’t have to yell it’s first name or last name.

The ghost’s name is Michael Jackson, saying Michael is sufficient. This should save you a bunch of vocal energy.

#10: You don’t need to photo a dead body for the person to claim insurance.

After dying and finishing the mission, you lose all the equipment that you personally have added, and are refunded 50% of the cost on amateur, 25% on intermediate and 0% on professional. You only need to finish the mission to get the money. Taking a picture of a corpse doesn’t change that and just gives you and your team more money ($10 without difficulty modifiers). Just be sure that it says “Dead Body” above the picture in the journal!
READ:  Phasmophobia All Spirit Box Commands

That’s all we are sharing today in Phasmophobia Common Misconceptions Guide, if there are anything you want to add please feel free to leave a comment below and we’ll see you soon.