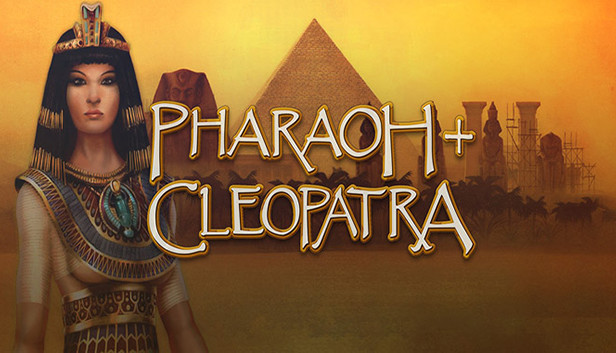 Pharaon + Cleopatra is an excellent example of a smart urban simulation game with a great setting in Ancient Egypt. Having won the love of a huge audience in 2000, it remains an interesting and addictive game to this day. And, like any good game, she still had some secrets.

To activate, you must press in the game [Ctrl] + [Alt] + [Shift] + C, enter the code you need as written in the manual and press [Enter].

Pharaohs Tomb – Win a mission and move on to the next
Fury of Seth – Annoy Seth (he will destroy all your warships)
Treasure Chest – Get 1000 deben (local money).
mockattack1 – Attack of enemies from land
mockattack2 – Attack of enemies from the sea
Bounty – Good Flood This Year (Osiris Must Be Known)
Mummys Curse – Bad Flooding This Year (Must be Osiris Lime)
Pharaohs Glory – City exploitation is increased by 50% (Ra must be known).
Bird of Prey – Your partners will not trade well with you (Ra should be known)
Supreme Craftsman – Warehouses will be filled with different goods (Ra must be known)
Noble Djed – The shipyard and everything else will be supplied with raw materials (must be known Pta)
Typhonian Relief – All soldiers who have gone camping in other countries will be protected (Seth must be known)
Seth Strikes – The best squad will be destroyed (Seth must be known)
Cat Nip – Bazaars will be filled with food (Bast must be known)
Killer Plague – The Plague Epidemic (Bast Must Be Known)
Kitty Litter – The Plague Epidemic (Bast Must Be Known)
Hippo Stomp – The appearance of more hippos (hippos must be present on the map)
Side Show – The appearance of more hippos (hippos must be present on the map)
Life From Death – This year’s double farm harvest (Osiris must be known)
Underworld – Flood of all farms (Osiris must be known)
Big Dave – Destruction of individual buildings (must be known Pta)
Grenow – Destruction of one of the warehouses (must be known Pta)
Spirit of Typhon – Defense of Pride (Seth must be known)
Meow – Festival of All Gods (Bast must be known)
Mesektet – Low Kingdom Rating (Ra must be known)
Sun Disk – High Kingdom Rank (Ra must be known)
Cat Fight – Destroying some of the city’s best houses (Bast must be known)
Help Homeless – help the homeless
Living Large – Home Upgrade
Mummys Revenge – Mummies Appear from Monuments
Crimson Tide – Turn Rivers Into Blood
Amphibious Assault – Toads attack your city
Crop Busters – Locust attacks your city
Jail Break – Grave robbers will appear
Hail to the Chief – City Castle

Do not completely abuse the codes. If you press any code many times, then the god to whom this code refers will be extremely dissatisfied with your behavior. And the gods, as you know, are very vengeful.