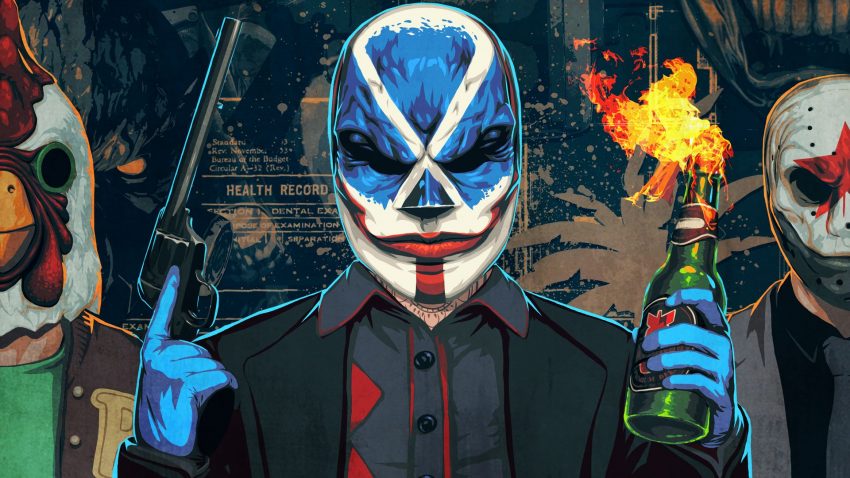 This guide is aimed specifically at aiding players who want to level in crime sprees as fast as possible. It breaks down the leveling math into specifics. I hope this helps out the community and saves people valuable time.

This guide will prove useful to players and hosts alike. However, if you are a NEW player and wish to properly learn the game, I highly recommend leveling “the old-fashioned way”. That is, doing heists at whatever difficulty you or your team are comfortable running and gradually working your way up. Experiment with builds, blaze your own trail, make mistakes along the way, and learn from them. But above all, have fun!

WARNING:
Crime sprees by their very nature, are modified versions of the heists you encounter. If you are a new player, you are not learning the actual versions of those heists and consequently, your view of the game will be warped. This effect becomes more and more severe as the rank and difficulty of the spree increases (mobs will have ridiculously high health, gage boosts will buff players, and modifiers will count against players). If you decide to level via epic crime sprees (those where the host rank is in the thousands or higher) especially, all sense of natural game progression will be ruinedbecause you will earn all the currency (cash, offshore money, and continental coins) you will ever need upfront.

Having said all that, I understand that people will level rapidly via crime sprees for various reasons which I respect. Maybe you are a returning player and want to skip the grind of leveling? Maybe you don’t have the hours to dedicate to the game and want to unlock the end game experiences quicker? Maybe you want a mask at a certain infamy level? Maybe you just HATE grinding? XD

Why This Guide Exists

I felt there were tons of guides out there talking about crime spree builds but whenever someone asked about the leveling aspects, there were no definitive answers. The scope of this guide will try to avoid redundancies with other guides and mainly stick to the leveling math and requirements.

Crime sprees are an endless random series of heists ever increasing in difficulty due to game modifiers which are added every so often as the host’s crime spree’s rank increases. The game will force the host to choose the next modifier from a set and they should discuss this with the team. There are 25 modifiers which affect loud missions and 8 modifiers which affect stealth missions.
READ:  PAYDAY 2: Thinking Ahead Achievement Guide (Ukrainian Prisoner Heist)

In addition to these modifiers, as the host’s crime spree ranks up, the game will continue to add a forced modifier every so often which increases enemies’ health by 20% and their damage by 15%. This is why they become insanely difficult to kill on high crime sprees and impossible to kill on epic crime sprees.

The host also chooses the next mission from a set of three – If they do not like their choices, they can re-roll for a new set. The first two re-rolls cost the host 6 continental coins and the cost DOUBLES for every re-reroll after.

You do not get extra bonuses for extra loot and other things outside of the mission objectives, so most teams will do the bare minimum requirements to complete a mission.

To do crime sprees, you must be level 60 or higher – If you are at least Infamy I, you can be any level

Leveling via epic crime sprees is without a doubt the fastest way to level in Payday 2. It is also an excellent source of continental coins which can be used to purchase in-game assets like weapon modifications, safe house improvements, and gage boosts (purchasable on the mission prep screen) to benefit players in crime sprees. One gage boost can be purchased by each player, once per mission.
Ranking Up:

You MUST be on an active crime spree to rank up AND the host must have a higher rank than you. Your crime spree rank increases after every successful mission.

The catch-up bonus is the primary mechanism which allows players to rank up rapidly and thus claim high/epic crime sprees for tons of rewards including experience. It exists to help reduce the disparity between the host’s crime spree rank and their team members’ ranks.

A player may infamy every 100 levels.

Epic crime sprees can have hundreds, thousands, even tens of thousands of modifiers and the game is terribly inefficient at loading them all. This is why players often crash when they try to join epic crime sprees of 10,000+ rank or more depending on how powerful their computer is.

If you are joining epic crime sprees, it is recommended to get mods which suppress the modifier list upon joining to avoid crashes.

When hosting, it is often easier for players to join on the mission prep screen instead of the lobby.

Since the game is unstable during epic crime sprees (the developers never intended players to go that high in crime spree rank), it is also recommended to run mods which prevent the automatic failure of your crime spree upon game crashes.

In what I would call “legendary” crime sprees (with ranks in the millions), the host as well as players may require mods which reduce/eliminate the amount of modifiers.

Lastly, cashing in an epic crime spree will result in an incredibly long progress bar tallying up your rewards, but you can press ESC to exit it.

Because epic crime sprees have enemies which have many, many times the health and damage of mobs under normal conditions, killing enemies becomes unrealistic. Therefore, crime spree builds focus more on stunning and/or converting these enemies while laying low. If you can’t kill the enemies, then damage skills also become a waste.
LOUD:

Since there are no pagers allowed due to modifiers, killing guards after they are alerted isn’t much of an option. You will want to damage them and shout them down if they get in your way.

Bring fully upgraded ECMs to chain multiple overlapping ECM buffs across your team until the mission objectives are completed. Other than that, Inspire, utility skills (drills / C4 / saws) are useful.

Not limited to this list but some of the common runs would be:

Written by CA$H THE GREAT