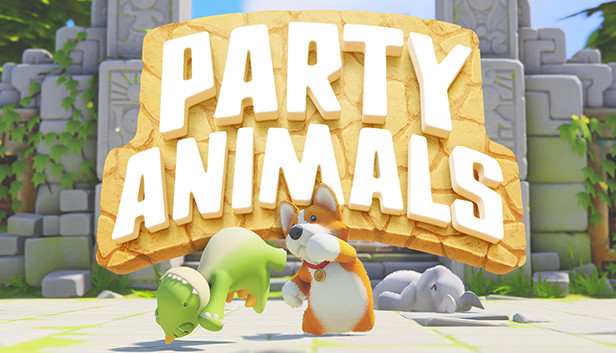 For Party Animals players, if you have questions that need to be answered, like how to change server, create custom maps, and more, this guide provides frequently asked questions about the game, let’s check it out.

Q: What is Party Animals?

A: Party Animals is a physics-based party/action game.

Q: Who are the developers creating this game?

A: Some random cats and dogs.

Q: How many people are developing Party Animals?

Q: Will Party Animals only be on Steam?

A: The initial release of the game will only be on Steam, yes.

Q: Will Party Animals be on console?

A: We have plans to release it on PlayStation, XBOX, Switch, iOS, and Android.

Q: What engine is Party Animals built on?

Q: Will players have the ability to create custom maps or modes?

A: In the far future, yes. But we want to make sure the customization is a pleasant experience as well, so it will take quite a while.

A: Yes, absolutely! We support any content created around the game. We enjoy watching them, it introduces the game to others, and we see no issue with the creator being rewarded for it.

Q: Will there be achievements?

Q: Will there be translations for other languages?

A: Yes, we are currently working with translators for several languages. We will confirm which languages will make it to the game at a later date.

Q: What are the minimum system requirements?

Q: How many players can play at once?

A: 4 players on one device together and 8 in one game.

Q: Will 4K and ultra-wide be supported?

A: 4K, Yes. No ultra-wide, that could change the gameplay.

Q: How many maps are there?

A: Around 10 on release and more coming after that.

Q: Will there be future updates or DLC after launch?

A: Of course. There will be more maps/characters/weapons/skins and perhaps accessories too.

Q: What will you be streaming on your Twitch channel?

A: We don’t plan to stream. We are very shy people. But we are sure there will be plenty of streams from content creators and the community.

Q: How much can you customize your animal?

A: Right now, you can select between different animals, and each animal has several different colors. We plan to add accessories in the future, which means you could dress the character. There will also be more animals and skins.

Q: Is there a good way to contact the developers?

A: You can reach us on Discord easily. However, contact our moderators and admins first, they should be able to answer the majority of your questions.

Q: Can I play multiplayer through split-screen?

A: 4 people can play on the same device, but you will share one screen, not split-screen.

Q: Is there a leaderboard? If yes, will it be global or region based?

A: We will add that in the future. We are not sure how it will work yet though.

Q: Will there be a Battle or Season Pass?

A: Yep! Season Pass will include skins and accessories.

Q: What are the currently available game modes?

A: Last Stand and Snatch Squad.

Q: How can I play the game?

A: The game is not released yet. But you can play the demo when it is available during various festivals and events.

Q: When will the next free demo come out?

A: The current demo will last from Oct. 5th to Oct 13th. Not sure about the next one yet.

Q: What is the price of the game?

A: The price is not officially settled yet, but about 20 USD. Stay tuned for confirmation on this as we get closer to release.

Q: When is the official release date?

A: Coming Soon! We are excited to bring the game to you as much as you are excited to play it. We will announce the release day as soon as possible. Add Party Animals to your wishlist now and get new updates about the game!

Q: Will my progress on demos be saved to release versions?

A: No, the game is still under active development. There is no promise to save progress at this stage.

A: Windows 64x ONLY. There are no plans to support Windows 32x and Mac.

Q: When will the game come to PS4/PS5/Switch/Xbox/mobile?

A: We will migrate the game to other platforms once the PC version runs steadily and is with rich content.

Q: Will the game be released as Steam Early Access first?

A: We are not sure yet. It will depend on different factors. We will inform you if it does though.

A: No, as a small studio, we are not permitted to have pre-sale on Steam.

A: No, players need to connect to the Internet in order to play with friends.

Q: What controllers are supported?

A: Currently PS4 and Xbox One controllers are supported. More will be supported later.

Q: Will new characters be added?

A: We value suggestions from our community very much and we will definitely add more characters in the future.

Q: Are there PvE maps available when the game releases?

A: No, that is not planned.

Q: Will in-game voice or message chat be supported?

A: Voice chat will be supported after the initial release as we are still researching the possible solutions. Message chat will not be supported, but there will be built-in short phrases for players to communicate.

Q: What social media can I find Party Animals on?

That’s all we are sharing today in Party Animals Frequently Asked Questions, if there are anything you want to add please feel free to leave a comment below and we’ll see you soon.