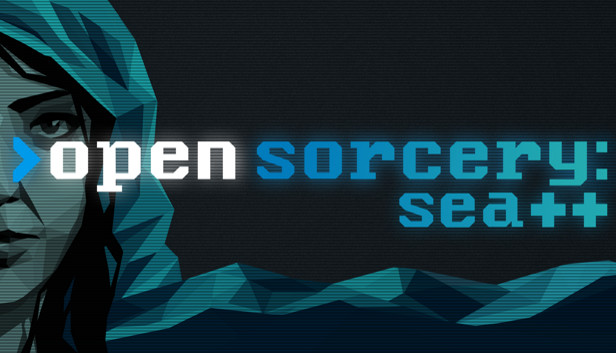 There are many fish in the Sea++ and this aims to be a handy guide to catch all of them, from the smallest ones up to some giant mythological creatures. Have your bait ready, we’re going fishing!

Found at: Spongy corner
Description: Perpetually frightened.
How to Catch: Search for “Small, quick moving shapes… …gasping softly.”. Since they are very easily frightend, dont try to take one. Instead use the Spell Mute to make their warning gasps useless. Alternatively, Motes of Water and Death. Salve Mundi disturbs them. Havent tried other Spells, Air, Fire, Chaos, Fear and Life yet.

Found at: Staghorn
Description: “Teeth too big. Form schools in reef near the antler coral.”
How to Catch: Search for “Toothy fish… …moving together.” Then take it.

Also called Myxini.
Found at: Rocky Overhang
Description: “Have skull, but no spine. Interesting!
When agitated, produces milky and fibrous slime. Makes it very hard to contain.
Likes hiding under rocks.
Exciting fact: Hagfish can enter and eviscerate the bodies of sea creatures much larger than themselves!”
How to Catch: Search for “A worm-like thing… …slightly slimy.” Trying to take it won’t work, it secrets Slime. Alchemical Solution “Goo b Gone” might work, havent tested yet. Alternatively, using Motes of Water and Earth before taking it work. Havent tried other Air, Fire, Chaos, Fear and Life yet.

Commonly named Sea cucumber
Found at: Coral Cave, Anemone Field
Description: “Holothurian has a more common name, but I forget it. They have leathery skin, and long, sluggish bodies. They cannot swim, only crawl. They come in many different colors. I am sure there are differences between them, but I do not care because they all taste the same and aren’t alchemically useful. Very common in normal reefs, but in the dark reef, they only cluster in colorful areas.”
How to Catch: Search for “A colorful lumpy creature… …crawling along the floor.” Then take it.

Found at: Seagrass
Description: “Eyes can be used to see future. Often loses track of present. Eats seagrass. Look for blue glow from eyes.”
How to Catch: Search for “A circular blue glow… …meandering aimlessly.” Then take it. If you instead look in their Eyes they will show you three (?) futures.

Found at: WIP
Description: “Beautiful needle teeth. Can be hard to spot, but attracted to psychic emanations. It hunts by staying very still until something moves. Belly glows faintly. Luring prey? Eats anything. No palette. Very easy to poison.”
How to Catch: WIP

Description: “Useful liver.”
How to Catch: Take the “Spotted Eel.” -> “This spotted eel has long spots on its back and small ones on its belly and an arrow-like head.”

Description:”Moray. Bites. Pleasantly poisonous.”
How to Catch: Take the “Mottled Eel.” -> “This mottled, snake-like eel has tiny eyes and no headfins.”

Description: “Conger. Extremely large.”
How to Catch: Take the “Striped Eel.” -> “A large eel with broad stripes down its belly and a narrow head with long headfins.”

Description: “Swamp eel. Not native to this area, but some landed in the reef after a freshwater storm.”
How to Catch: Take the “Another Mottled Eel.” -> “This darkly mottled eel is long and snakelike and has a large mouth.”

Description: “Actually more like a catfish than an eel. Freshwater, but caught one on a trip. Hunter’s organ in sample drawer 341. Sach’s organ in 342.”

How to Catch:Take the “Yet another black ray.” -> “A dark black ray with pale spots and rounded fins.”

How to Catch:Take the “Apparently, most rays are black.” -> “A dark black ray with long, triangular fins with rounded ends.”

How to Catch: Take the “A grey ray.” -> “A gray ray with triangular fins with pointed ends.”

How to Catch: Take the “Another black ray.” -> “A black ray with pale orange highlights and ridged, triangular fins.”

Found at: Shipwreck
Description: “Gilded Boar enjoys the presence of gold and will hang around old shipwrecks that contain it. They have only one tusk, and its ivory is a versatile substitute in alchemy recipes.”
Preferred Diet:The Giant Spinecatfish
How to Kill: Lead the Giant Spinecatfish to it.
Loot: Merpig Corpse, Spiraled Tusk (Substitute for Unicorn Horn)

Found at: Pillar Coral
Description: “The Spinecat feeds on the manta rays around pillar coral.”
Preferred Diet:The Gilded Boar
How to Kill: Feed it a yellow Ray, it will now follow you, send it to the Shipwreck.
Loot: Catfish Corpse

Found at: Coral Cave
Description: “Drags prey into its head and traps it in a waking half-nightmare where its prey is half-asleep, experiencing its own worst nightmare, and half-awake to the fact it is being digested and flensed alive by the Squick’s stomach acid and barbed tendrils.”
Preferred Diet: Fear and Fearful Things
How to Kill: Lace a Aghast with “Medium Hotsauce” and drop it into the darkness. You now should be able to swim down and harvest the Corpse. If it’s still alive defend your self with light (SalveMundi), it avoids it at all cost and will retreat.
Loot: WIP

Found at: First Branch
Description: “Created to try and control webships that went too fast, many went wild and now try to slow down everything by killing it. Will not murder past a certain quota (3) .”
Preferred Diet: Eels, but will strangle anything moving.
How to Kill: Throw an Eel laced with “Medium Hotsauce” into its tendrils.
Loot: WIP

Found at: Coral Forest
Description: “Lures prey with glowing advertisement.
Lives near bone coral.
Relative of Lantern Phish.
Can grow very big.”
How to Kill: Get an Octopus friend who will defend you and care good for him if you dont want him to die in the fight. Alternatively let an angry ghost have revenge. WIP
Loot: 1 Mote of Light

Those you’ll have to catch with a big hook. Luckily there is one at the Pier. Get the right Bait, put on any Potions you want if needed, look if the Monster passing by is the right one and then fish. There is no point if fishing the same monstrosity twice, except if you are looking for something that you lost and didn’t find it the first time.

Description:
“Serrated teeth move on hinges in jaw and saw through ship bottoms. It actually eats the ship itself, persisting on a diet of pine and oak, supplemented by seaweed when not in active shipping lines.”
A black serpent. Its mouth is lined with triangular teeth that look almost serrated and a sharp tongue flicks spear-like out of its mouth to taste the water.
Preferred Diet/Bait: Ship hulls (Found at Shipwreck)
Loot: A mote of Death

Description:
“Classic sea serpent. Likes nesting in the corners of maps. Not picky.”
A long sea serpent. Its segmented body and toothless mouth makes it look almost like a worm.
Preferred Diet/Bait: Any meat (Any Corpse will do, but i suggest using a savaged, which can be found in front of the grindylow cave)
Loot: A mote of Death

Description: “Like a whale, but evil.”
A black whale. The curve of its jaw makes it seem to grin, and there is a nasty look in its eye.
Preferred Diet/Bait:Squick (If you don’t know where to get one look in the Monster Section of this Guide.)
Loot: A mote of Death

Description:
“Eight arms. Two tentacles. Everyone gets that wrong.”
A massive, massive squid. Just…huge.
Preferred Diet/Bait:Things with more appendages than it. It is very proud. (Throttler Corpse. If you dont know where to get one look in the Monster Section of this Guide.)
Loot: A mote of Death and a mote of Water.

Description:
“Technically a sea serpent despite its paunch.”
A scaled, limbless monster with a large belly and angry eyes.
Preferred Diet/Bait: Babies (A mandrake baby from the garden gets the job done.)
Loot: A mote of Death.

Description:
“A mottled giant that looks like it is made of many different kinds of monster crushed together. Constantly warping and adapting.”
A flailing creature of loose skin, mottled color, flailing fins, with extremities that seem to morph even as I watch them. The only constant is a powerful jaw of sharp teeth.
Preferred Diet/Bait: Money (The Treasure Chest from the Shipwreck will be more the enough)
Loot: A mote of Death and a mote of Chaos.

Description:
“Swallows prey whole. Has stomach, and pre-stomach where it sometimes stores ingested prey. Instead of eating them, it will take them to a different location in the web and vomit them out.”
A pot-bellied beast with an almost human face, twisted into a perpetual grimace. It flaps through the water with semi-transparent winglike fins and occasionally gives out a disapproving ‘huff’.
Preferred Diet/Bait: Offensive things (A griefer corpse fromwhich in front of the grindylow cave. Its the one with the hat.)
Loot: A mote of Death and a mote of Order.

Description:
“Enjoys preventing other predators from catching their prey.
Previously common, but have become rare in this area due to a Banfish migration.
Like hats.”
Preferred Diet/Bait: Hats. They even wear ’em.
Loot: We will never know.