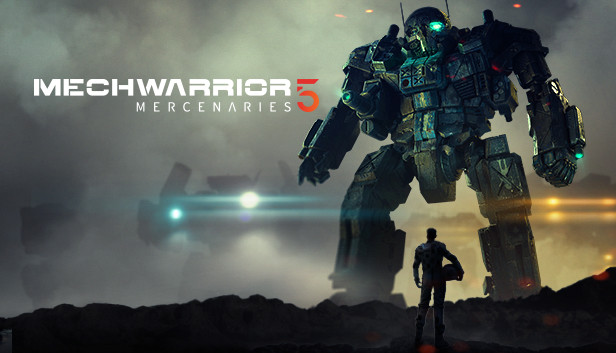 For MechWarrior 5: Mercenaries players, this is a spreadsheet made to show all of the ‘mechs present in the game back when it was first launched. As of today, all DLC ‘mechs are now included.

This is a multi-sheet document. You begin on the “front page” sheet. The tables are divided by weight class; near the bottom of your browser tab/window you should see sheets labeled “Light (20-35T)”, etc. Click these to see the ‘mechs within that weight class.

Tips for Newcomers/Those Unfamiliar with the Franchise

I realize there are a decent number of things that might not be immediately obvious, as this was drafted with other MW fans first and foremost in mind (created, as it was, back during the EGS release window, and the only ones of us who cared enough to buy MW5 were almost exclusively people with some degree of experience in Battletech/Mechwarrior). So here’s some things to keep in mind as you peruse this sheet, going left to right in columns:

Endo, FF Armor, and XLE are all very important, and if you take away nothing else from the guide, just go over here and check whether any of these are in the ‘mech you’re eyeballing. Further described in the next section.

Endo, Ferro, XLEs, and You

These are significant enough to warrant their own section. That, and I kinda ran outta space when I tried to shove them in the last one. Whoops.

Struck through the bits about volume/crits. Just tested, this game does NOT observe any sort of rules about crits. 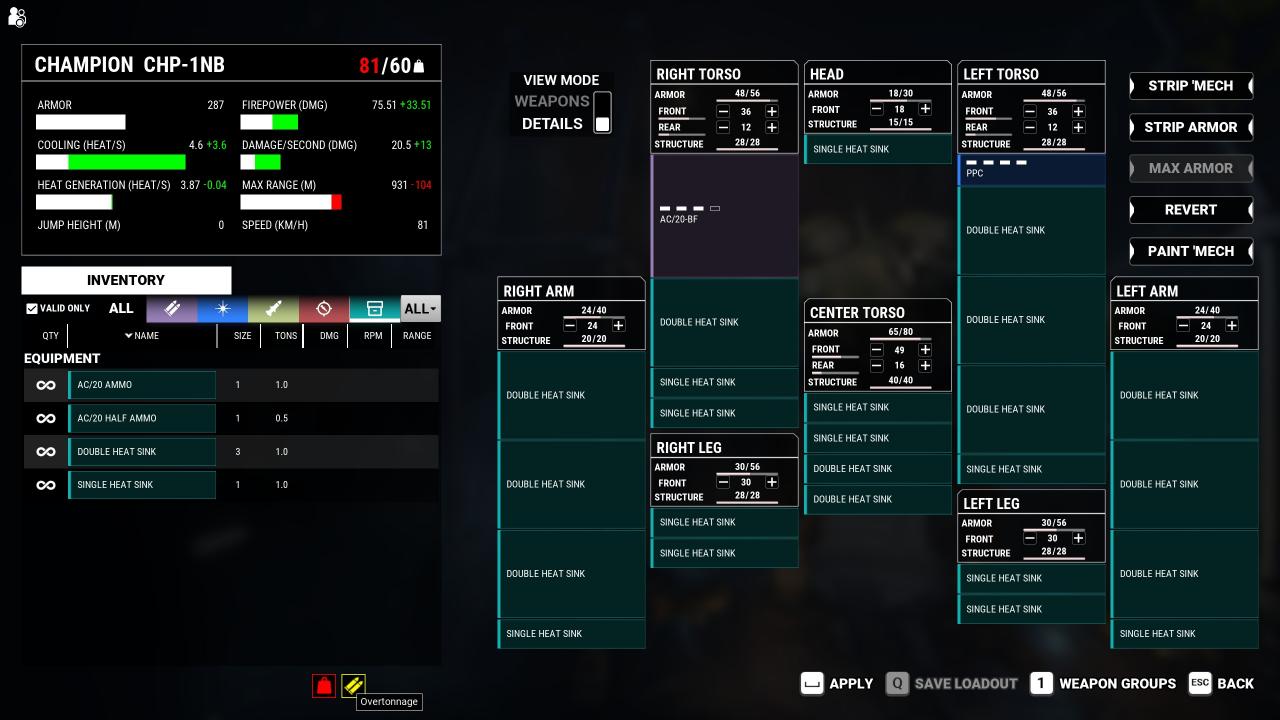 In the associated picture, this Champion (a -1NB, with both ES and FF) is super-illegal (besides the tonnage, of course), as the equipment mounted in the STs consume 13 and 15 crits, respectively, even though even without an XLE (which a Champion 1NB doesn’t have) a torso component only has 12 crits available. Also, the sum total of crits consumed by the components pictured is 30 by the DHSs, 12 by the SHSs, 10 by the AC/20, and 3 by the PPC, adding up to 55 crits consumed. ‘Mechs have 78 slots total. Subtracting the 55 used, that leaves 23 — which would, BY ITSELF, be illegal, nevermind that the engine and cockpit systems also consume crits.

So don’t worry about all that stuff about crits/volume, tonnage is all that matters. Oh, and the XLE engine thing, losing those crits still hurts as described for DHS-stuffing.

So essentially, these last three columns should be about the most significant factor in deciding whether to buy a ‘mech (I might end up moving them, to be honest, to the front of the spreadsheet). Tonnage is one of the premiums in this game, and having more of it is almost ALWAYS a good thing.

One thing of note, fitting with their TT implementation, these components are MUCH MORE EXPENSIVE TO FIX. If you so much as scrape the paint of a ‘mech with Ferro, you’ll feel it in your pocketbook; and if you start taking structural damage with Endo or an XLE, the check’s gonna be a doozy when it comes.

READ:  MechWarrior 5: Mercenaries How to Fix FPS Drops while Zoomed

It’s, for the most part, a no-brainer to get these, BUT I say that with the assumption that you’ve made a decent chunk of money by the point you’re hunting Lostech. Just be aware that while they let you field more powerful ‘mechs, in a general sense, it WILL be multiplicatively more expensive than standard tech. Risk vs reward and all that.

That’s all we are sharing today in MechWarrior 5: Mercenaries All Battlemech Spreadsheet (DLC Included), if you have anything to add, please feel free to leave a comment below, and we’ll see you soon.
Credit to tiger