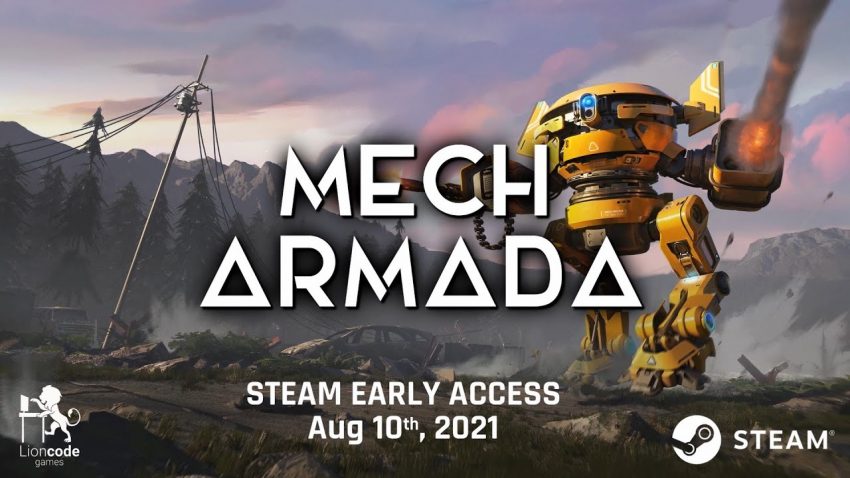 For new players of Mech Armada, this guide will provide you some tips to help you to get a better start of the game.

Hello! This guide is just my initial observations after playing the game, just after release. These are things that I’ve found have worked well, and hopefully they will work well for you too.

As stated in the description, the gameplay will likely change in the coming months. I will try to keep this as up to date as possible, and appreciate any input!

Mech Armada has three resources: Energy, Credits and Meta Energy. Energy and Credits are for purchasing mech parts and research, respectively. Meta-Energy allows you to purchase upgrades for your next run. Only Energy and Meta Energy are available for pick-up during battles.

Energy is arguably the most important of the three resources. I generally find it best to prioritize energy ahead of the other two.

Credits are used for upgrades and engineering.

Meta Energy is used for increasing attributes that affect all runs.

There are three types of battles: Eliminate, Survive, and Boss Fights. We’ll cover some general tips that apply to all battles, and then some more specific tips for each type.
READ:  Mech Armada Save File Location Guide

Eliminate
Eliminate is the one you’re most likely to encounter most often. Generally these have the fewest number of enemies.

Survive
Survive is less favorable to eliminate. You have 5 rounds to survive against the swarm.

Boss Fights
These differ depending on boss, but not too much.

In this section, we’ll go over some mech builds that may be useful to you. Be sure to experiment with this, as it is one of the most rewarding part of the game.

A cheap option that will be a strong staple for the whole run. Will cost around 8 Energy.

The Double Double, at the moment, is the best energy-to-damage weapon in the game. As you upgrade it, it stays very relevant. Packing two of them onto a single mech will provide plenty of reliable power for cheap.

I always keep this in my mechs list. It has two main uses: To spawn onto a gathering point to just sit and gather, or to drop in front of a more expensive mech to soak up damage. In an emergency, you can afford to drop this onto a gathering point even if it will die next turn, as it will still generate one energy. I usually like to keep one mech slot open in case I need to drop one of these as a blocker to save a more expensive mech.

The Roller is a weird transport. You can’t shoot after you’ve moved, meaning that you’ll need to choose one or the other. The one use I’ve found for it is that it’s _really fast_, while being relatively cheap.

The turret surprised me. It can move, and quite usefully it will fly over tiles. This mech build will need a couple of upgrades to reach it’s potential, however. Upgrading Ranger will give you a second weapon slot, which will be hugely beneficial. Upgrading turret will increase it’s movement ability. The turret is decent for standing on points, but can be annoying to position if you don’t have it upgraded. I usually do Turret level 3, Ranger level 2 and Sniper level 3.

I use this turret to make use of a weapon that I don’t want to prioritize upgrading, as the Maximus body gives +1 Level. Often I will find myself transforming this mech quite a bit.

That’s all we are sharing today in Mech Armada Tips for Getting Started, if you have anything to add, please feel free to leave a comment below, you can also read the original article here, all the credits goes to the original author interjecT!?